For the longest time, Aaron Rothe’s identity as a musician was linked to group after group, primarily with his good friends and Denver musicians Danny Stills and Danny Cooper. Now, after leaving 888 in 2017, Rothe is looking to begin leaving his own personal mark on the Denver music scene through his new project MOVES.

Recently, he released an emotional single, “Battles,” and is working on showing Colorado even more of what he’s got with new music on the way. Before playing his first solo show on September 15th, Rothe took some time to sit down with us to talk about his journey from band life to making MOVES. 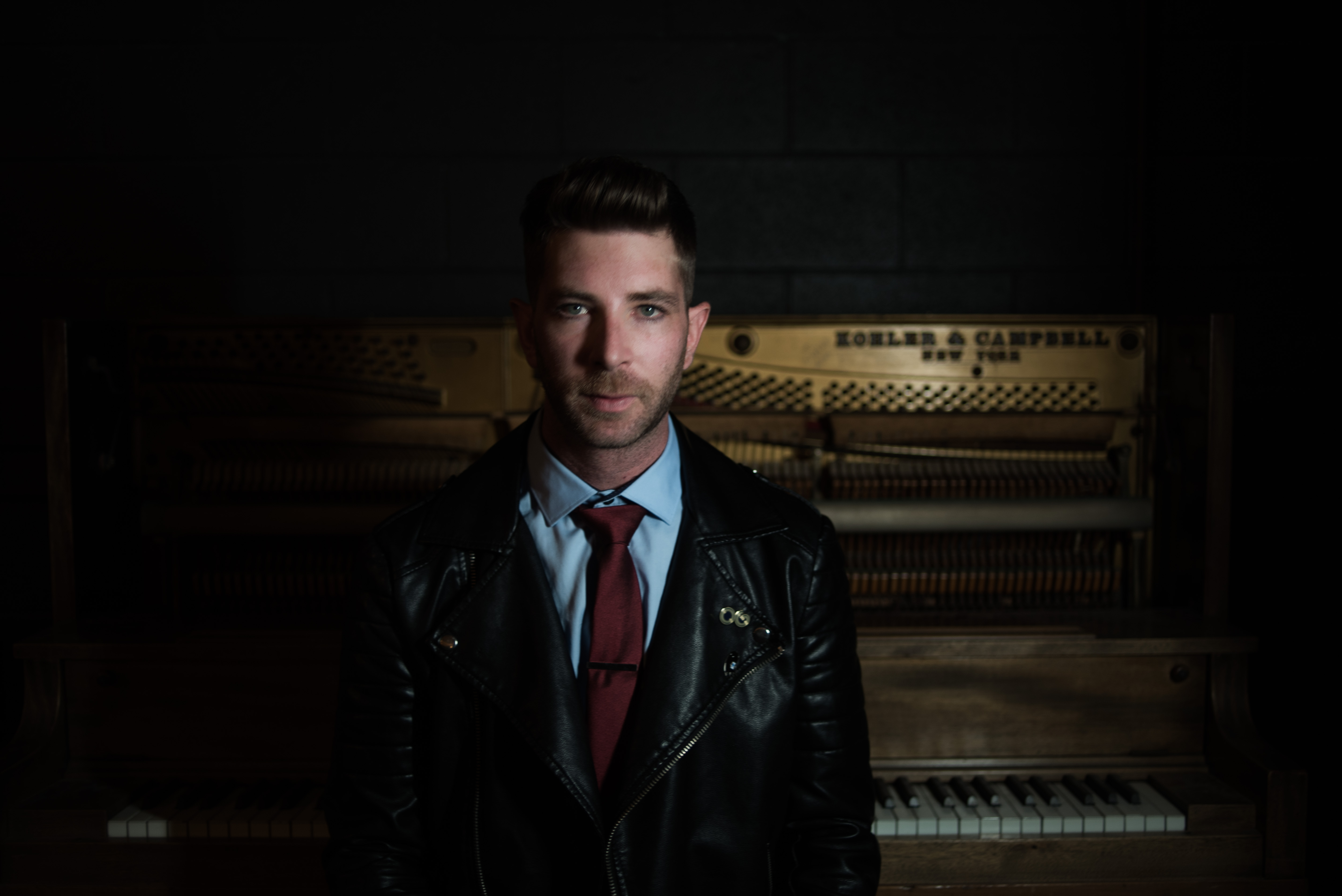 303 Magazine: Can you tell me a little bit about the meaning behind the name MOVES?

Aaron Rothe: Yes, so it’s a name that I’ve been wanting to call a project for a long time. When I was starting this project, it was at a time where I just left another band and was kind of changing things in my life to get to a happier, better place. And I say I was making moves. And so that’s kind of where it came from. It’s not so much dance moves, but existential. Get myself happy.

303: You’ve had a lot of experience in so many different types of music, hardcore/screamo with Drop Dead Gorgeous, playing keyboards with Sonny Moore (Skrillex), and then founding 888 with Danny Cooper and Danny Stills. Do you feel like you’ve found a musical home with MOVES?

AR: Yes. I mean, that’s always evolving, but it’s being able to fully just get this music out of me that’s been in me for so long. So it feels like home right now.

303: Have your past musical experiences influenced your new sound with MOVES or do you feel like it’s kind of like a fresh beginning?

AR: No, absolutely. I mean, everything that I’ve done is an influence in some way. So I listen to music like, I’ll listen to a Slipknot song and hear a rhythm or percussion and be like, that’s awesome. And same with Drop Dead. That was heavier stuff and I really loved that energy. I mean, I’m not gonna go hardcore with it, but some of that rock, exciting energy, especially to a live show. And yeah, with Skrillex, with Sonny, I learned a lot working with him. And 888, as well. With 888, I really learned a lot about songwriting, collaboration, producers and had some really good experiences that I had not had before with radio and stuff like that. 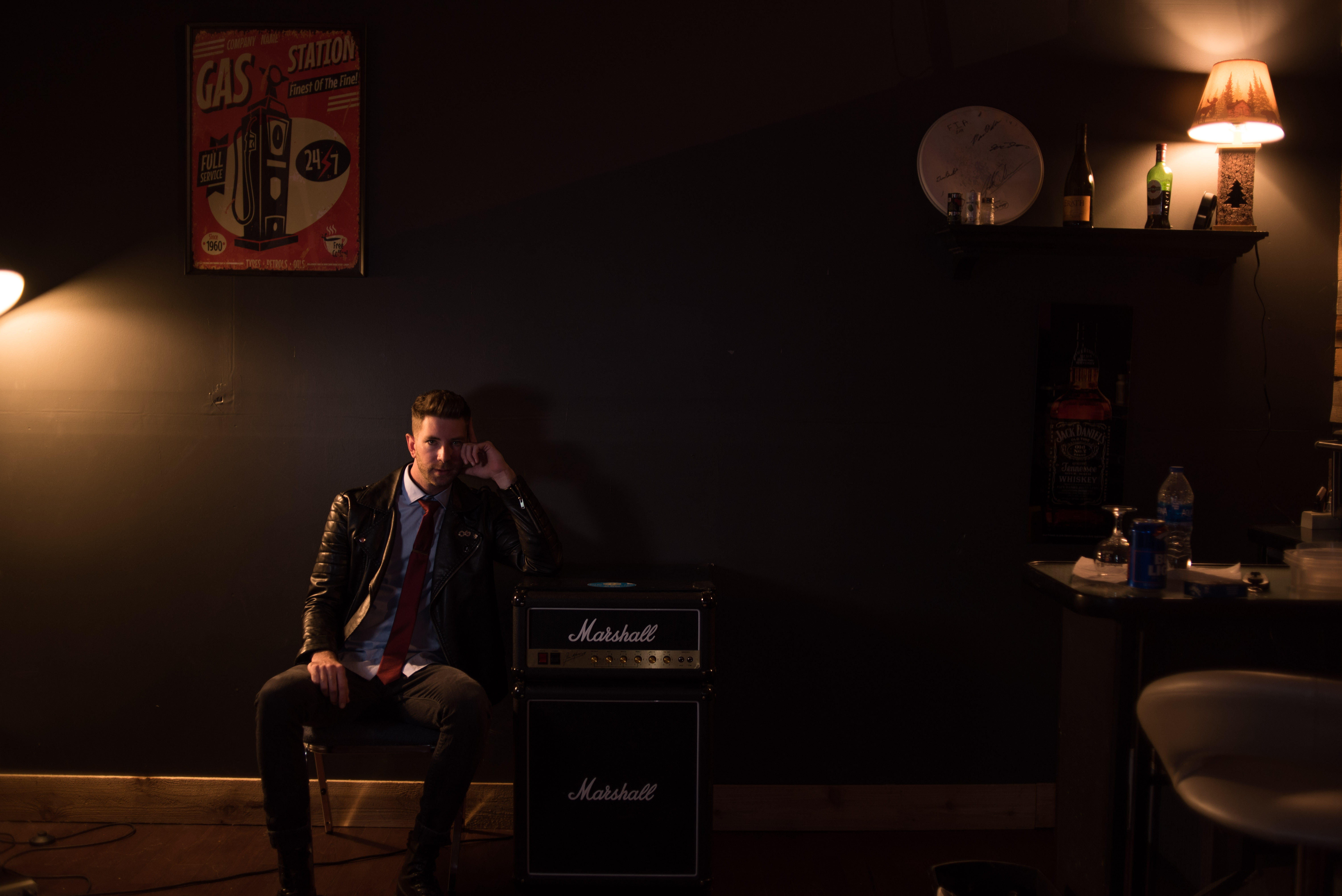 303: So kind of going off of that, 888 found a lot of success really fast after “Critical Mistakes” started getting airplay. What was that like to all of a sudden be signed to a record label and go on the road?

AR: It was great. And it was obviously, very different circumstances, but similar trajectory where it was very fast. One day it was just everywhere. And we were so busy and I love it, I love that lifestyle. I love traveling. I love playing shows, I love meeting people. Being fortunate enough to have – to be able to do music full time is a dream come true. It’s a ton of work, but so worth it. Yeah, I would do it again.

303: But it sounds like you kind of feel like you’re on the right track with MOVES for your career and life right now. Do you want to tell me a little bit about that decision to leave and what that was like?

AR: Yeah. It was not easy. And you know, I’ve played music with Cooper and Stills since 2005, pretty much. And so, I mean, leaving a band is never – I feel like is never really a smooth thing. Feelings get hurt and there’s some tension, but we were able to work through that. I hang out with them all the time. We’re friends and they’re rooting for me and I’m rooting for them. But yeah, it was not an easy decision, especially because there was some success involved where people were almost like, “Are you crazy? It’s successful. Why would you leave that, it’s a once in a lifetime thing?” And, you know, it all came down to I had to do what was gonna make me happy and I wasn’t happy. It was just kind of where I was in life. I had been feeling for a while that it was kind of time to move on and expand and go elsewhere and see what happens. And I haven’t looked back since. 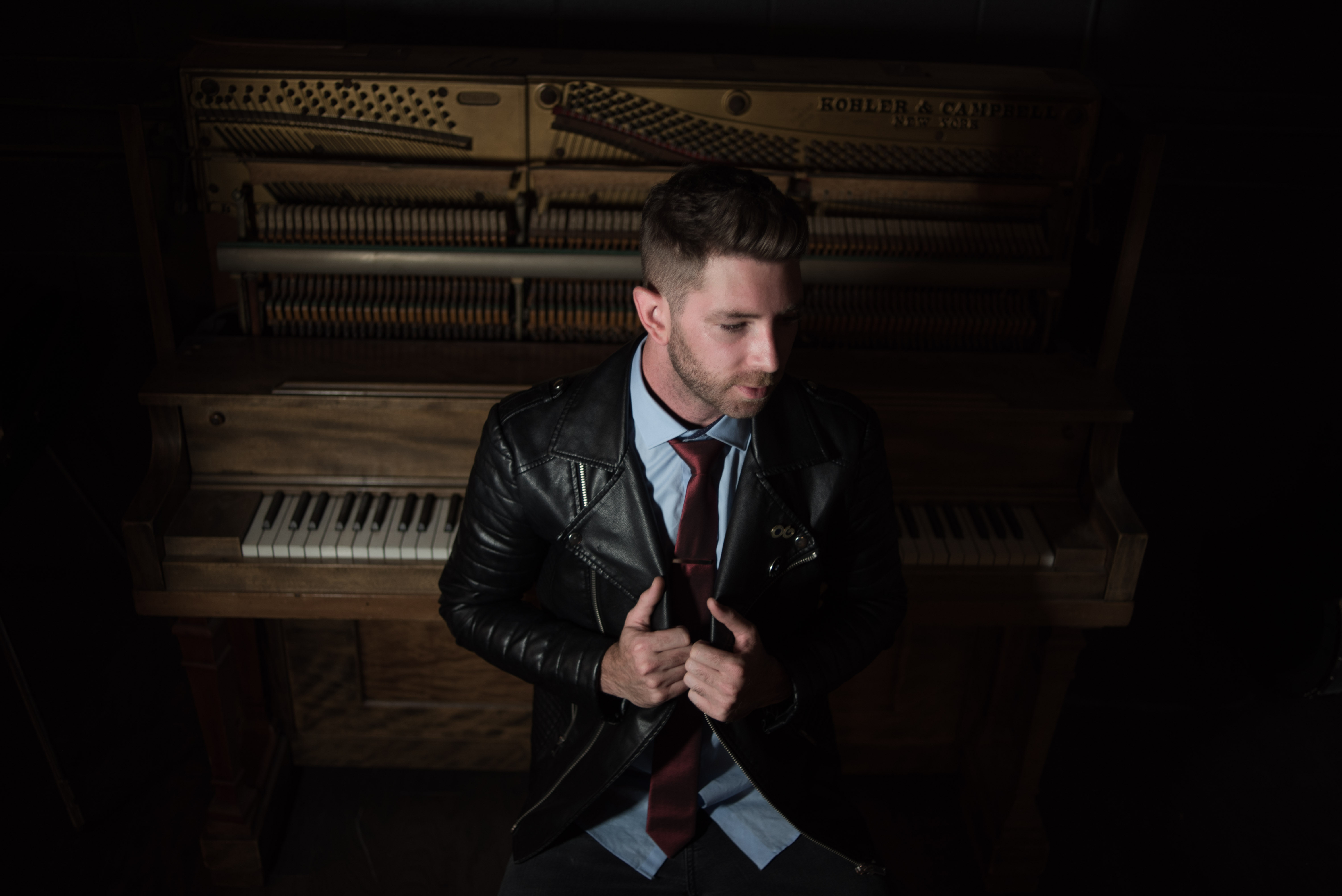 303: How has it been adjusting from being a part of a group to carrying your own music now?

AR: It’s a lot actually, yeah. And fronting is something too, because I’ve always put out solo songs since MySpace in high school. But now that I’m really pursuing it, it’s an entirely different role. Creatively, I have some people, Chase Martinez, who goes by Lost Terra, produces my stuff. He’s also from here. So I worked with him and I’ve got some other people around town that I write with and bounce ideas off of and friends all over the US actually, that kind of guide me when I need it. It’s a fairly good set up, so I’m excited.

303: What has it been like re-entering Denver’s music scene now as a solo act instead of with 888?

AR: It’s familiar and a little scary at the same time because it’s easy to imagine people paying all this attention to, “Oh, what’s he going to do? He left 888.” You can’t pay attention to that. I’m excited. This is my home and I love it here. I grew up in this music scene. I have so many friends, it’s such a cool community and supportive community. And yeah, I’m anxious in a very good way.

303: So you’ve said that you want to do a lot of musical collaborations with local musicians. Who would you most want to collaborate with?

AR: I’ve worked some, but just kind of casually with Nightlove. But I think what he’s doing is awesome and I’d love to collab more with him. Iolite is a close friend. That’s who I’m actually playing with. And we’ve written songs together for other artists but I’d like to collab with her. 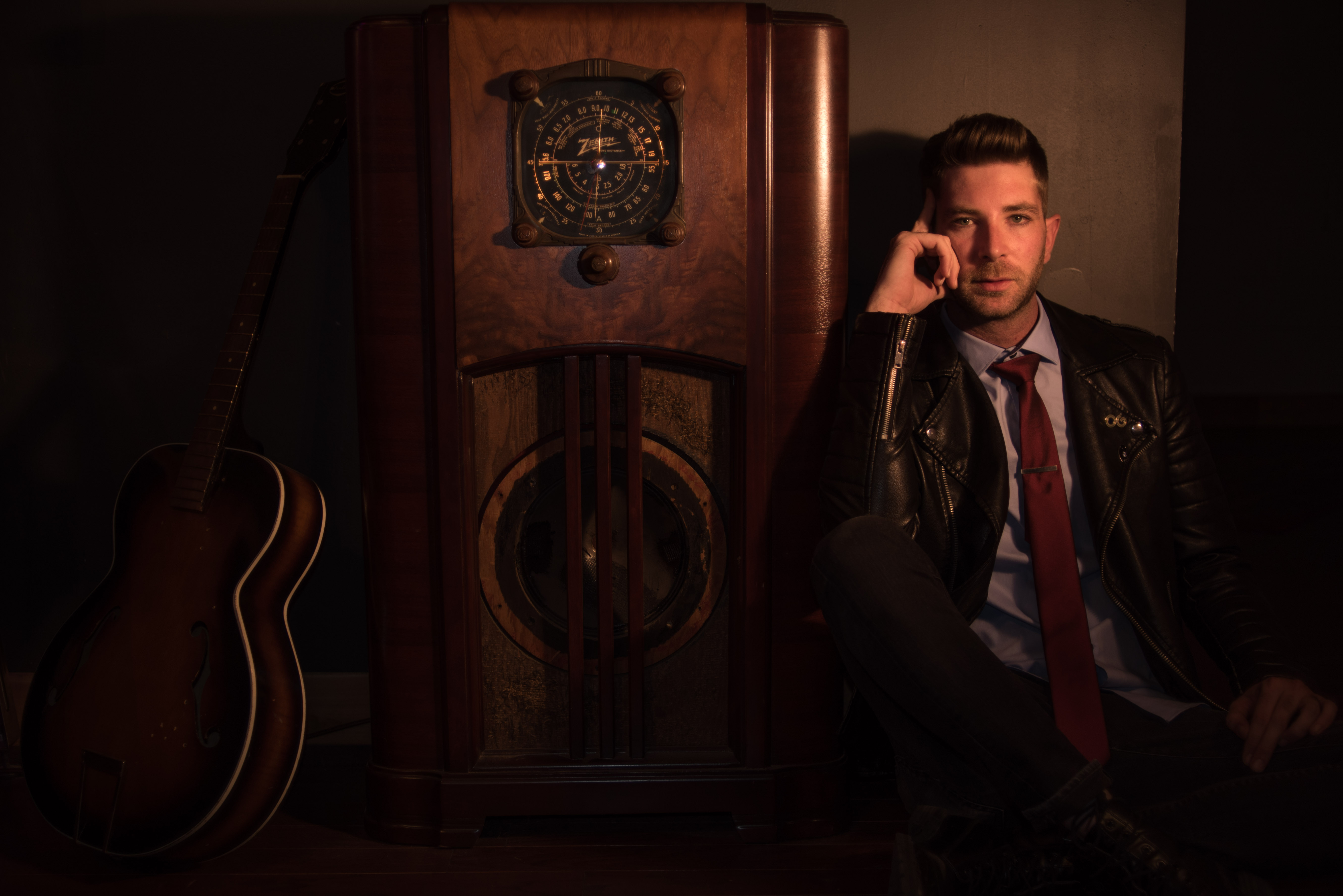 303: Your music is pretty personal, especially your most recent single “Battles.” Can you tell me a little bit about the headspace that you were in when you were writing that song and where you draw your inspiration from for your music?

AR: Yeah, I mean, it’s pretty literal. It took a lot longer to transition away from 888 and that life and figure out this. And I had social changes, friends coming and going. There was just a lot going on. And I just kept finding myself in my apartment and literally just pacing around being like, what am I supposed to do now? Like, what do I do? And there’s always things that I couldn’t quite identify that were going on in my head. And I could sit there trying to write them out, but that wasn’t working. So I wrote that more as just kind of a confession and celebration that people go through stuff and it’s okay to let people know. You know, you don’t have to explain yourself, but yeah. It felt good to just be like, “I’m not doing that great right now everybody.” It’s scary, but, oh, it’s the most rewarding thing ever.

303: Do you get a lot of listeners that come up to you and tell you, “Wow, that really resonated with me?”

AR: Yeah, yeah. For all the songs actually.

303: What is that like to hear that impact you have on your listeners?

AR: That’s the payoff. And that’s the goal. It’s like, I want to connect with people. I know everyone says that, but that really is when you write something and it means something to somebody. And I love hearing the stories. Because I could have written some song about something specific to me, but it meant something entirely different to someone else and helped them through a time. Yeah, that’s my favorite part about it. 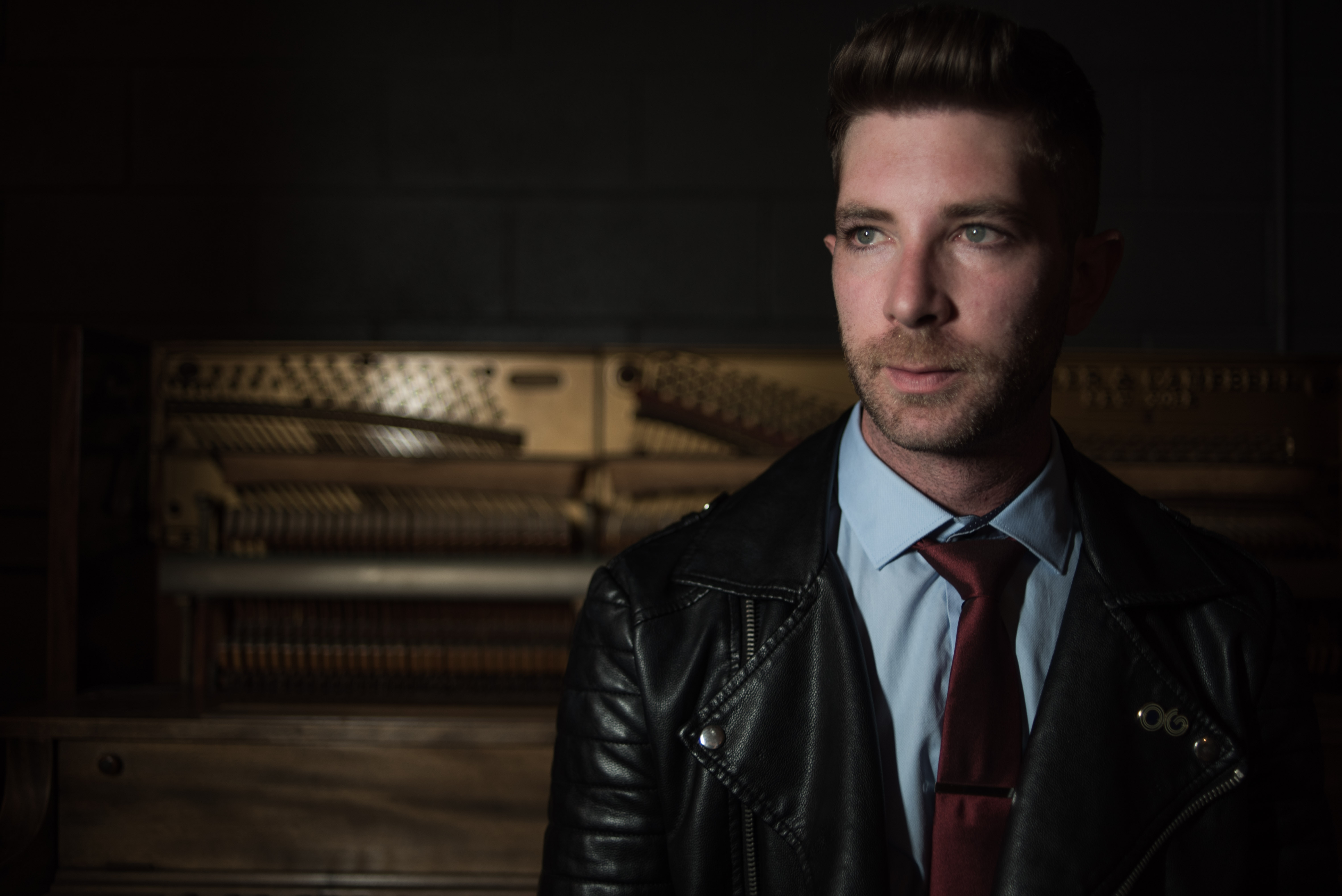 303: Well, it sounds like you have a good thing going for you here with MOVES and we’re excited to see more of what you’re doing.

AR: Yeah, for sure. And then working here, too. I work at this label as well, Third & James. I’m heading up the artist development thing. So I’m doing a lot of songwriting and producing and developing these new artists. Because I got signed when I was 18 and got thrown into it. And my whole thing is trying to be the person I wish I had around when I was 18 and just got signed. Now, I’ve been all over the world and signed to labels and learned a lot of hard lessons. It’s exciting to me that I can teach that to someone else, kind of guide them. Yeah, it’s a cool thing that goes on here. We’ll all kind of write with each other and play in each other’s bands, play on each other’s records. It really is a cool community and it’s growing a lot. We really encourage and foster that.

AR: Yeah, it is. And I think it’s kind of unique in Denver too because there’s these labels and studios and stuff, but nothing quite like what’s going on here. I’m really proud of it.

303: Well, you’re playing your first solo show on September 15th at the Larimer Lounge, that’s super exciting. What else do we have to look forward to for MOVES?

AR: I’m in the works on a bunch of new music. So that’s going to be the next process. I’m excited to just play the show. I mean, I know I’m going to love it. I’m excited for it. Plus more music, more than ever. I haven’t been great about releasing music quickly, so I’m gonna get on that. I’m kind of just taking it one thing at a time. Getting ready to really launch it.

MOVES will be at The Larimer Lounge on September 15. You can buy tickets here.