Denver-based artist Adrian H. Molina knows what it’s like not to fit in. The experimental nature of his creative work refuses alignment with any specific literary genre (Is he a poet, spoken word artist, or rapper?). Nor does his multicultural identity fit into polarizing categories prescribed by Western civilization (Is he American? Mestizo? Chicano?).

Yet Molina recognizes the liberating power of nonconformity. Refusing to make a chameleon of himself and bounce between reductive categories, the artist instead embraces a dynamic, boundless identity. Not only does he embody all of the aforementioned terms at once — he also encompasses the intermediary space between them. He is a self-defined human bridge.

For Molina — who previously operated under the name Molina Speaks — creating art is a revolutionary act. It is a chance to destabilize borders, whether they are artistic or cultural in nature. Molina will bring to light the metaphorical land of the in-between — the shadows, the margins — that master powers structures relegate to the nonconformists in his immersive and integrative event, “Harvest of the Dreamer”. 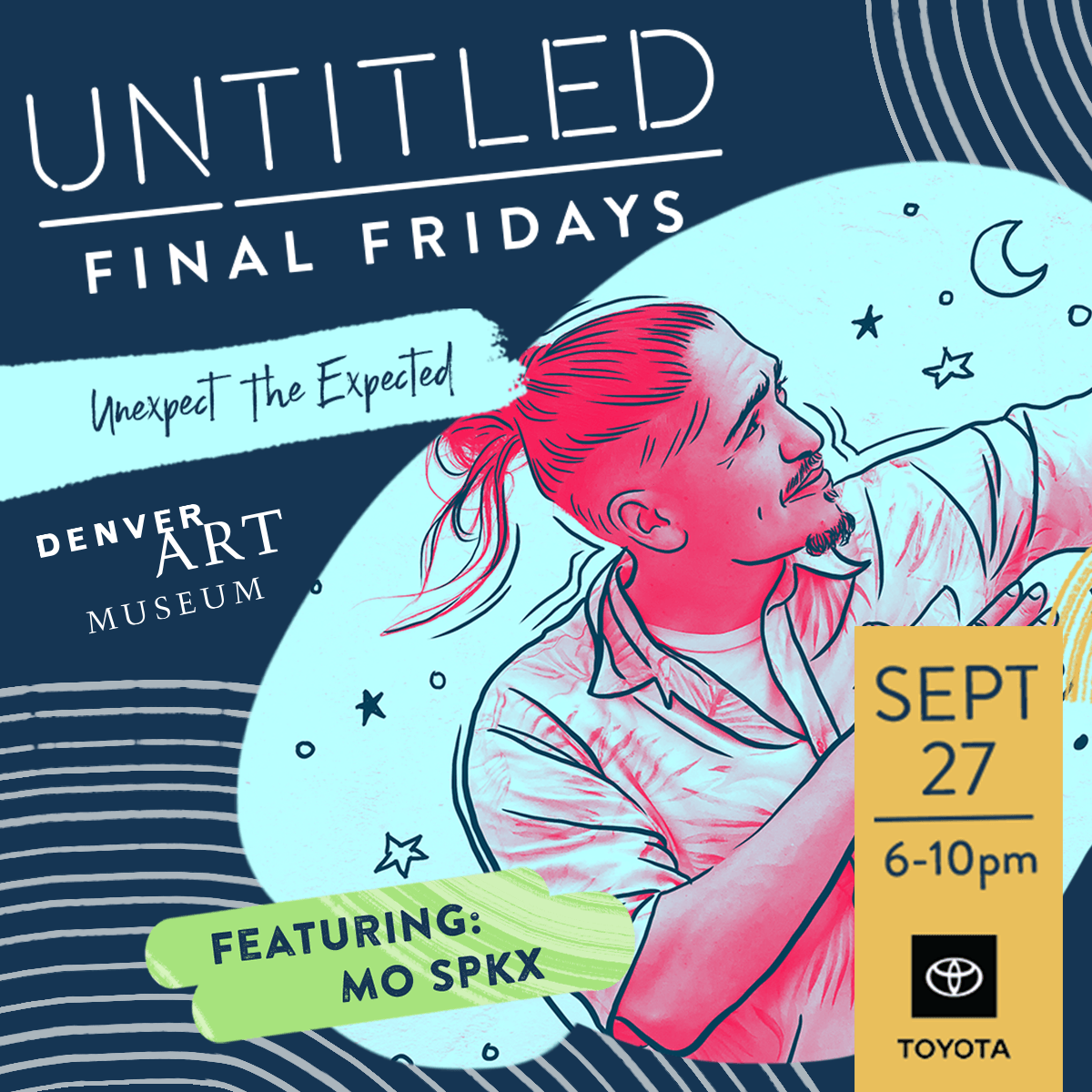 “Harvest of the Dreamer” is September’s installment of the Denver Art Museum’s monthly late-night program series, Untitled Final Fridays. Each Untitled event unites an eclectic variety of local creatives and community members under one theme inspired by a temporary exhibition at the museum. This month’s chosen exhibition is The Light Show, which features art that explores the physical and symbolic properties of light. So too does it familiarize the viewer with darkness, the antimatter without which light would be meaningless.

Molina’s history of collaborative, community-conscious projects and civic engagement make him the perfect artist to imagine and curate an Untitled Final Friday with the Denver Art Museum (DAM). The evening’s motif is liminality — Molina and his cohort of creatives will dissolve distinctions between aural and visual art. Conceptually they will blend the dreams of the future with the reality of the present. 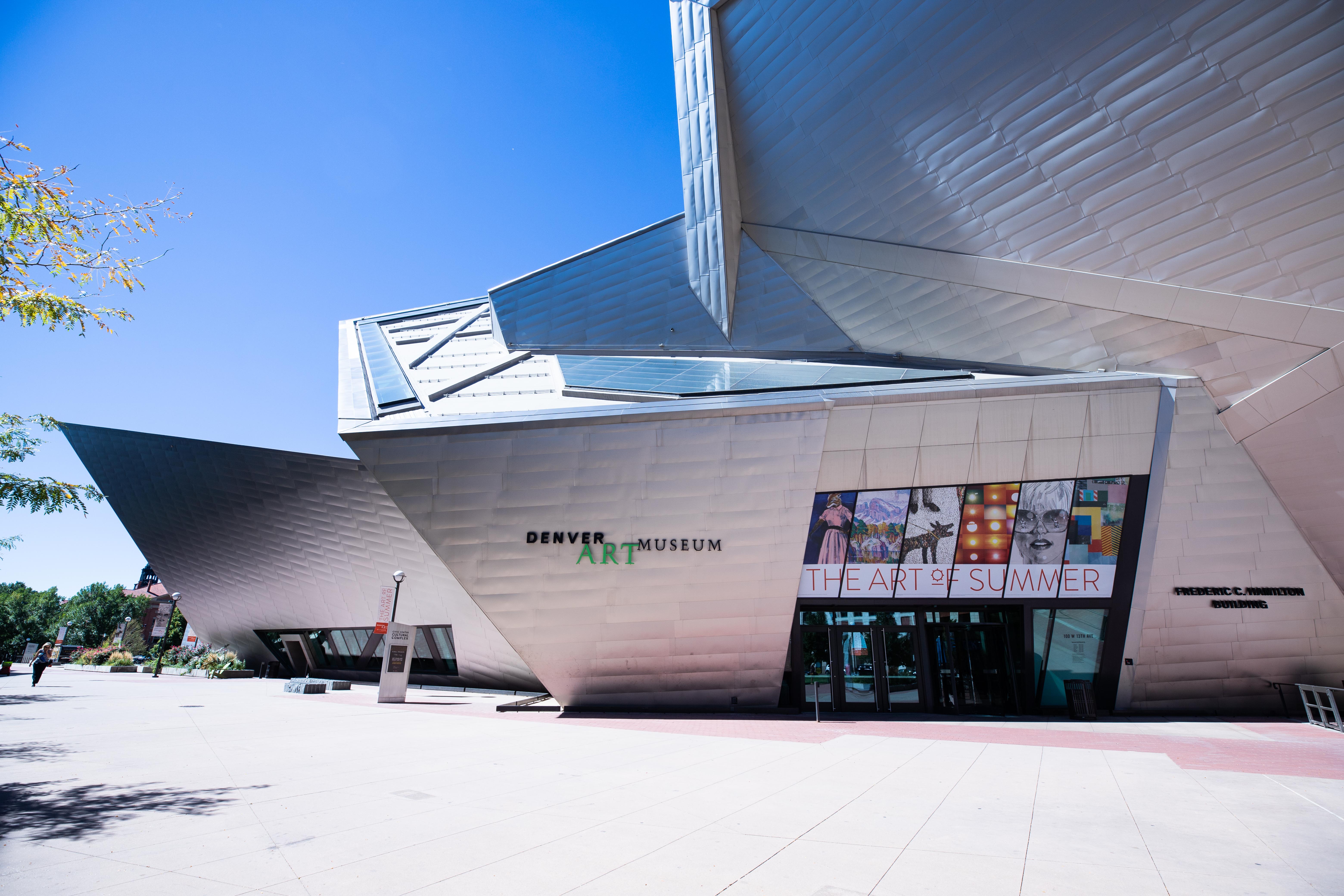 The event will include a premiere of Molina’s new music. He is currently sitting on 15 unreleased tracks that he will begin to publish this fall under the new stage name, MO SPKX. Longtime collaborator DJ Icewater and The IMPECKABLES dance team will join MO SPKX in his first ever performance of “Museo”. He will also band together with vocalist Mawule and trumpeter Randy Runyan — the latter of whom featured on Molina’s 2014 mixtape, Everyday Denver — to debut more of his tracks throughout the evening.

Other event highlights include the screening of Molina’s film ROOT, inspired by his 2018 album of the same name. The video project — which overlays Kimberly Ming’s cinematography with Molina’s poems, music, and narration — is a 2017 recipient of the city of Denver’s Imagine 2020 award. It also won the Premio Ometeotl Award for New Media at the 2019 XicanIndie Film Festival.

An artist talk by Stevon Lucero, a painting session with Diles and a blackout poetry session with Crisosto Apache are just a few of the many experiential opportunities the evening offers.

To learn more about Adrian H. Molina, you can visit his website or his profiles on Instagram and Bandcamp, but he recommends that you catch him live — every performance is unique, and select MO SPKX music is only available through live curated events like “Harvest of the Dreamer”.

“Harvest of the Dreamer” will occur at the DAM’s Hamilton Building from 6 to 10 p.m. To view the full event lineup, visit the event page on the Denver Art Museum’s website. Untitled Final Friday event tickets are included in the museum’s general admission fee. College students with valid ID get two-for-one admission.