All photography by Meg O'Neill

If you didn’t already know, Denver is home to the country’s longest-running indie dance party. Deemed “Lipgloss,” the weekly event has been propelled by local icon Boyhollow (Michael Trundle), a figure who’s performed — or produced parties — with New Order,  Blondie, Interpol, LCD Soundsystem, The xx, Passion Pit and many, many more. Every year, Lipgloss celebrates its birth with an epic dance party that’s previously included MGMT, Andrew W.K. and Shiny Toy Guns. This year is no different with Trundle hosting a very special guest. The iconic Arcade Fire frontman Win Butler is playing a DJ set at Bar Standard under the name DJ Windows 98 this Saturday.

Butler doesn’t tour on these DJ sets very frequently — he doesn’t even have social media accounts for the name — making this a rare Denver occasion not to be overlooked. DJ Windows 98 has played an assortment of special events over the years such as SXSW in 2015, a show that same year at Phi Centre in Montreal where he brought out Diplo and Madonna, a “Turn Out for Texas” voter registration rally for Beto O’Rourke in 2018, this year’s Sundance Film Festival and finally, the upcoming Miami Beach Pop Festival in November. However, an intimate show in a setting like Denver’s Bar Standard is a welcomed surprise thanks to Lipgloss.

Though an intimate oddity, Butler started DJing publicly quite some time ago on the Arcade Fire Reflektor tour. He’s known for pushing his boundaries in taste-making and DJing by tackling different genres of music at different shows. For example, his SXSW show was originally listed as “Naïve Melodie” and showcased Haitian and African soul music, aside from a few familiar hits woven into the mix. Butler’s partner Regine Chassagne (also of Arcade Fire) comes from a family of Haitian immigrants, so the two have frequented visits to the Caribbean nation with the country playing a role in various facets of their lives.

At other shows, in the past, Butler’s played pop, hip-hop, rock, post-punk and other tracks you may expect from a Win Butler set, but he’s also been caught singing along to some Arcade Fire back-tracks, bringing out Congo drummers and other surprises. What we can expect from DJ Windows 98 on his Denver stop? You may just have to be there to find out. 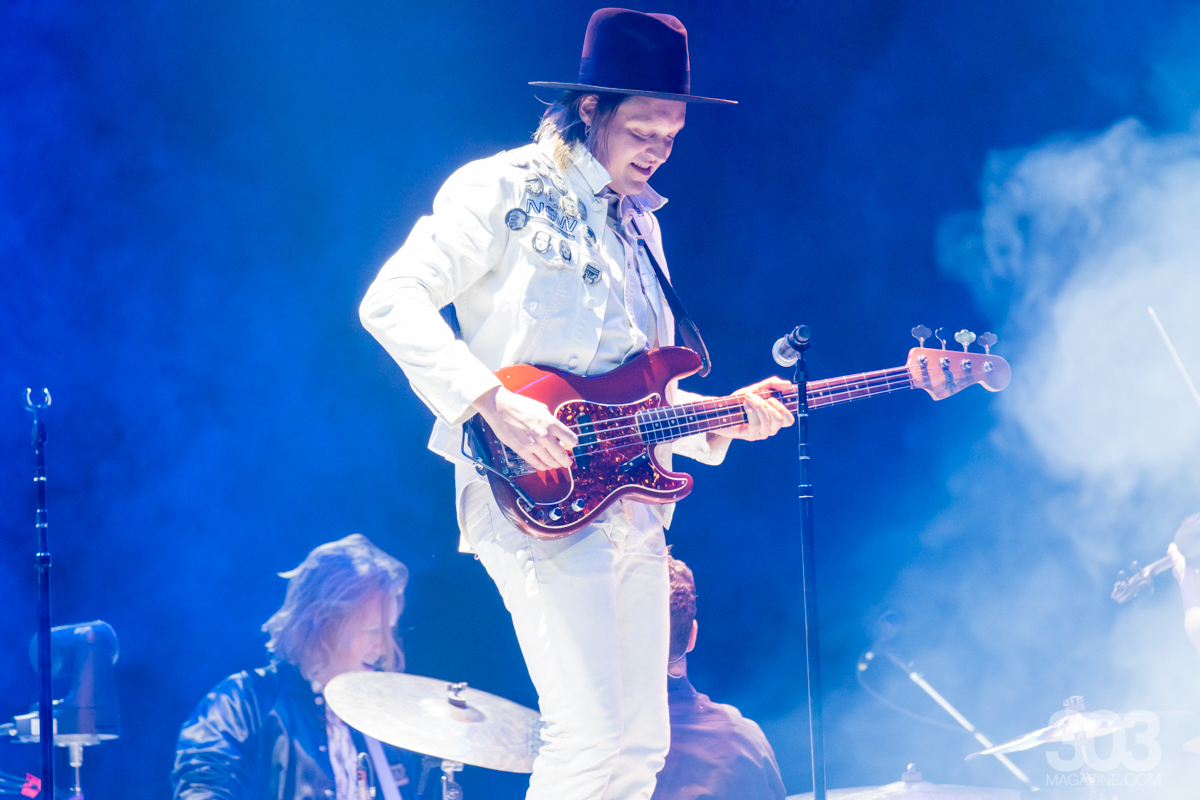 Local resident DJs Boyhollow and DJ Tower are opening the show, providing the indie-dance sounds you crave. If you can’t make it to the anniversary party this Saturday, worry not — Lipgloss happens every Friday night at Milk Bar.

The Lipgloss Anniversary Party is this Saturday, September 7 at Bar Standard. Tickets are available here. All photography by Meg O’Neill.