You’ve no doubt heard of Governor Jared Polis and are probably somewhat familiar with the role of a governor, but did you know that Colorado also has a Lieutenant Governor? Within the beautiful, Neoclassical walls of the Colorado State Capitol building exists a team of tirelessly working individuals endeavoring to advocate and enact the needs of Colorado’s multifaceted people. Lieutenant Governor Dianne Primavera has overcome great odds to take her well-deserved seat at this table among Colorado’s changemakers.

A second-generation Coloradan, Primavera talks about what inspired her to set off down the track of public service, her multiple diagnoses with cancer, what the role of a Lieutenant Governor actually is and even playfully pokes fun at Governor Polis’ sense of fashion. 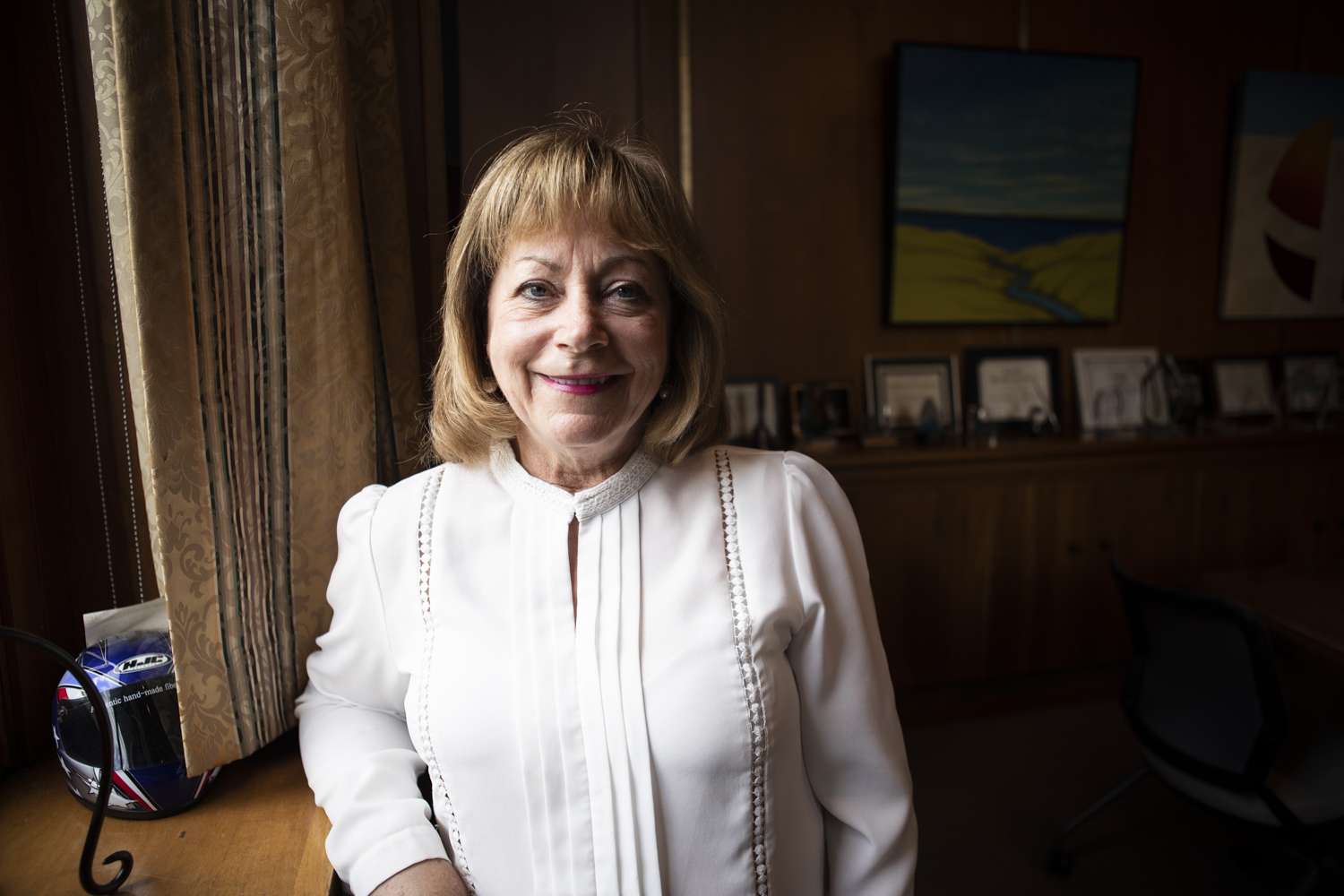 For Primavera, an interest in public service began as early as elementary school. “John Kennedy was president, and I really had a great admiration for him,” she explained. “When he said, ‘Ask not what your country can do for you — ask what you can do for your country,’ I knew right in grade school I wanted to go into public service. When you witness on TV the president, that you had a lot of respect for, being assassinated, it just redoubled my energies to make sure I worked in public service. I’ve found, over the years, that’s where you can really make a difference.”

Having drawn inspiration from the momentous assassination of President Kennedy, Primavera’s energies would soon triple in the aftermath of a world-tilting diagnosis with breast cancer in 1988. The doctor told Primavera that she would have five years left to live at the very most. “I can still remember where I was sitting, what the doctor had on and where he put his hand on my shoulder to tell me that I had it. Those are the kinds of things that are etched into your memory for life,” she reminisced, brushing her shoulder with the ghost of that memory. “That day really brought me to my knees. I had to get a ride home from the doctor’s office, and I was just a mess. You look back on it and wonder, how did you get through?”

“One day, I lost my job…The next day, my ex-husband moved out, and I was left with two little girls… Who was going to hire me? Who would hire someone that was terminally ill?” 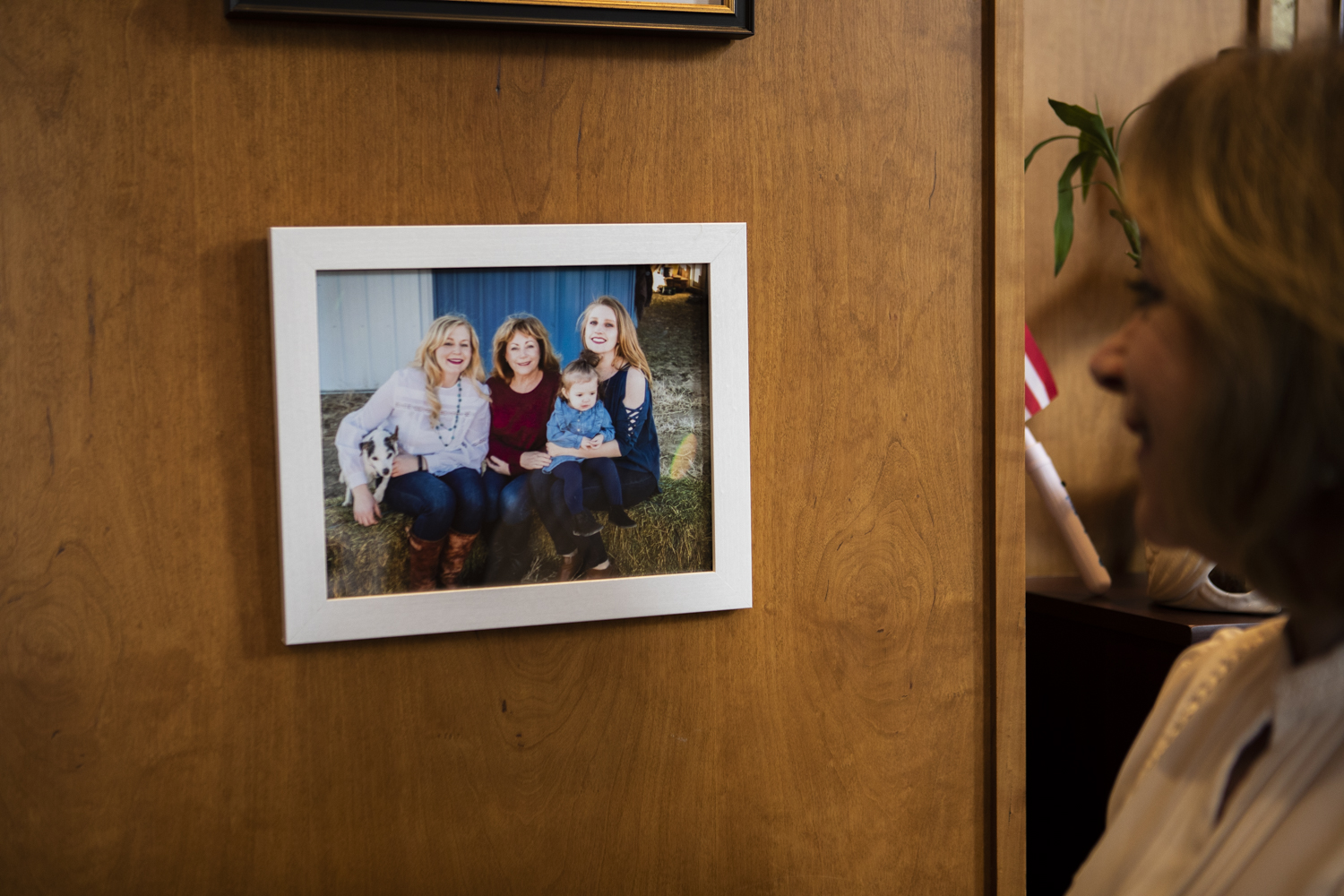 But get through it she did. The year following her diagnosis brought on a whirlwind of treatments ranging from surgery to radiation to chemotherapy. “I was really fighting for my life,” she said. Responsible for more than just herself, she was fighting for her two young daughters who were aged three and five at the time. “One day, I lost my job at the not-for-profit I was working for. The next day, my ex-husband moved out, and I was left with two little girls just trying to figure out how to keep a roof over their heads. Who was going to hire me? Who would hire someone that was terminally ill?”

Plagued by these questions and worries throughout her treatments, Primavera would go on to battle cancer a total of four times with three different kinds of cancer. “I got great medical care and had the best family and friends. I think probably what really saved my life was a clinical trial, and that’s why I’m a really big proponent of clinical trials. Now, it’s standard treatment today,” she detailed. 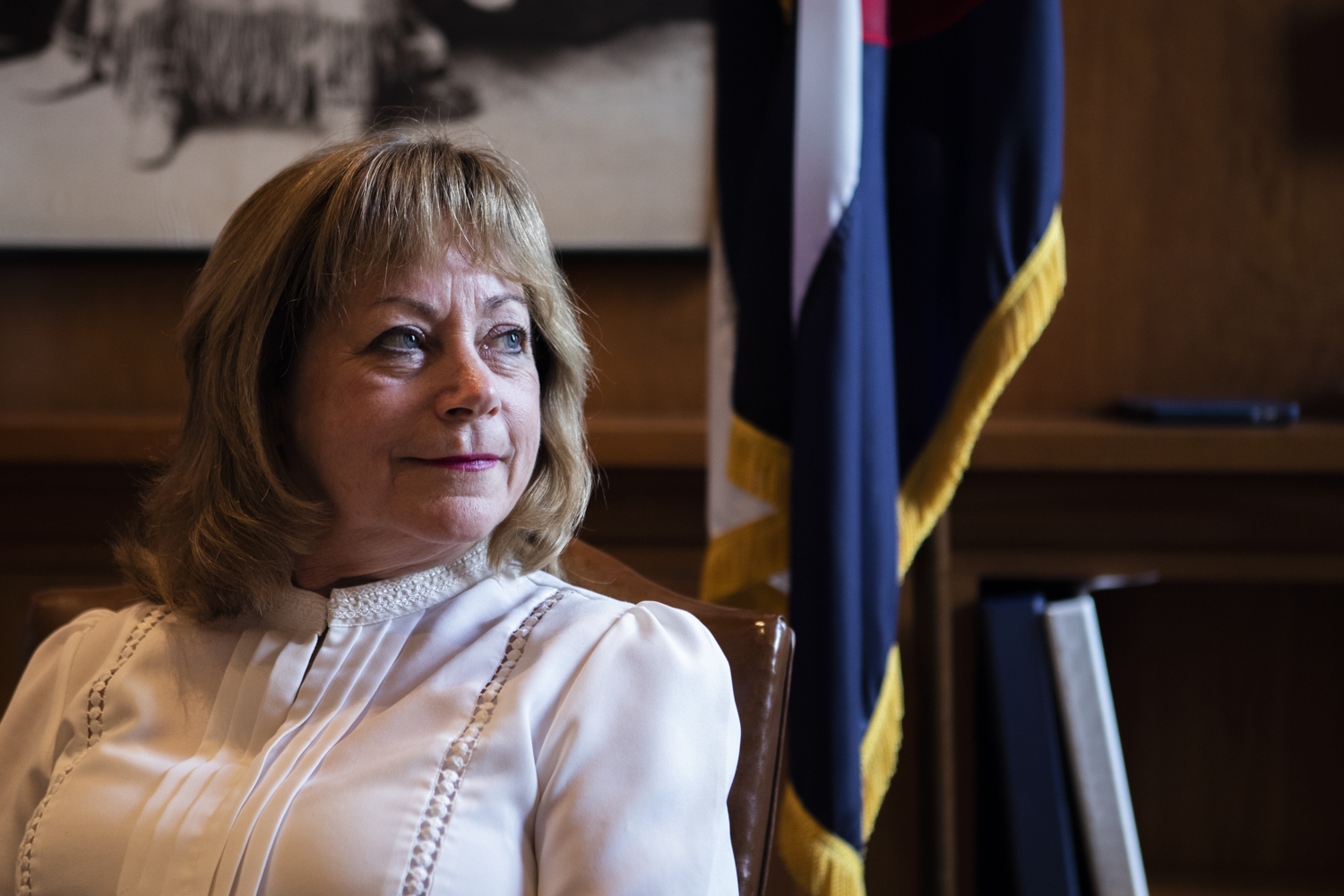 Informed by her deeply personal experiences, Primavera is Colorado’s foremost champion in providing Coloradans with accessible healthcare. “People shouldn’t have to worry about fighting insurance plans or appealing things turned over or not approved by medical providers when they’re fighting so hard just to live,” she said. For this reason, she has spent a great deal of her time in office working on legislature directly impacting healthcare.

So what even is a Lieutenant Governor? What does a typical day look like for Primavera? “There is no typical day,” she laughed. “My role, first of all, is to step in for the governor when he’s out of state, and be prepared in case anything were to ever happen to him, god forbid.” 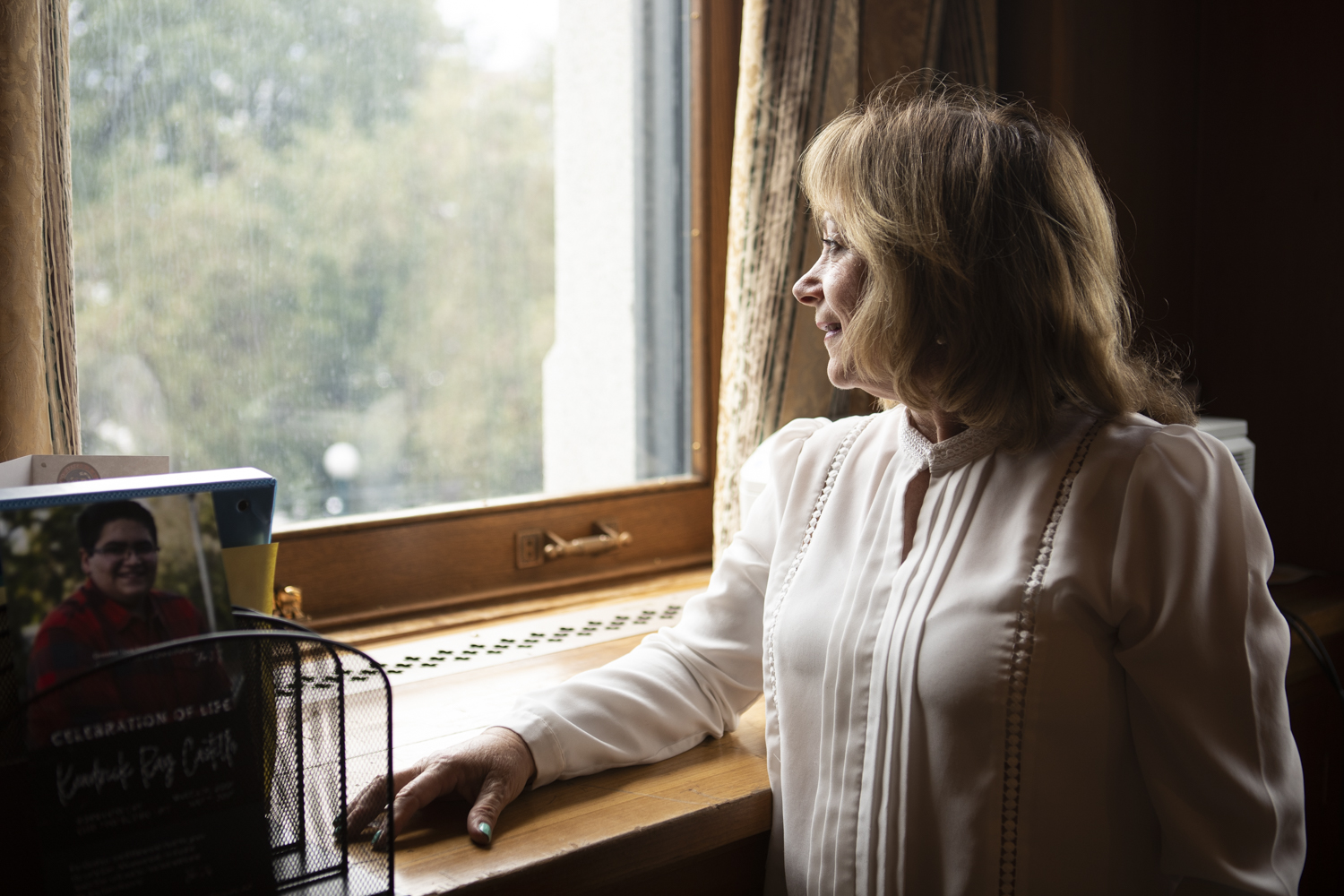 Primavera is also responsible for work with six different initiatives: working heavily with the Office of Saving People Money on Healthcare, chairing the Colorado Commission of Indian Affairs with two tribes in Colorado, Serve Colorado featuring programs like Americorp, Colorado State Innovation Model to integrate physical and behavioral health practices, the Colorado Space Coalition and the Office of eHealth Innovation working on creating an app to promote easier and affordable access to medical records and lab test results. “Those are the responsibilities, but every day is different and exciting,” she said. “If we can make a difference, that’s what’s most important.” Primavera and her team have certainly been making a difference with the immense success these initiatives have brought. You can learn more about them here.

“My favorite part of the job is probably working on policy because that’s what’s going to change things for people,” she added. Her passions fuel the gritty work of drafting and cycling policy through the legislative procedures. 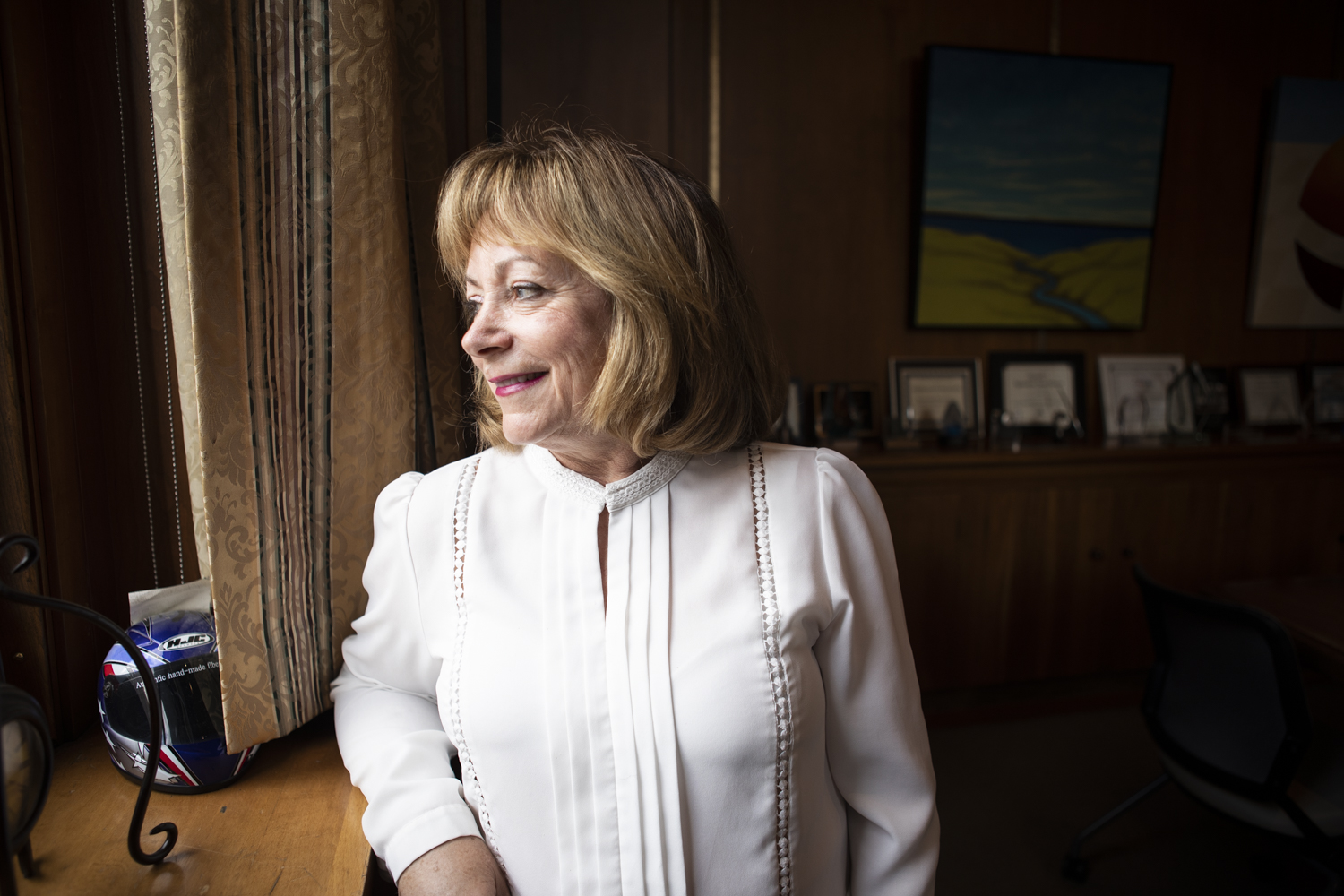 It’s this dedication to her work that has also made Primavera a resilient role model as a successful woman in a prominent government role. “I think sometimes it’s a harder road to go on than men have. We still don’t have a U.S. senator that’s a woman from Colorado, we don’t have a president that’s a woman and we’ve never had a governor that’s a woman. We still haven’t broken that glass ceiling, but I think what’s most important is to keep your nose to the grindstone every day,” she advised.

She also believes her passions are one of the reasons that Governor Polis picked her as his running mate.“He is amazing! He is brilliant. He can wrap his head around issues really quickly. He’s really focused, and has encouraged all of us at the state government to really focus on his top priorities,” she shared. 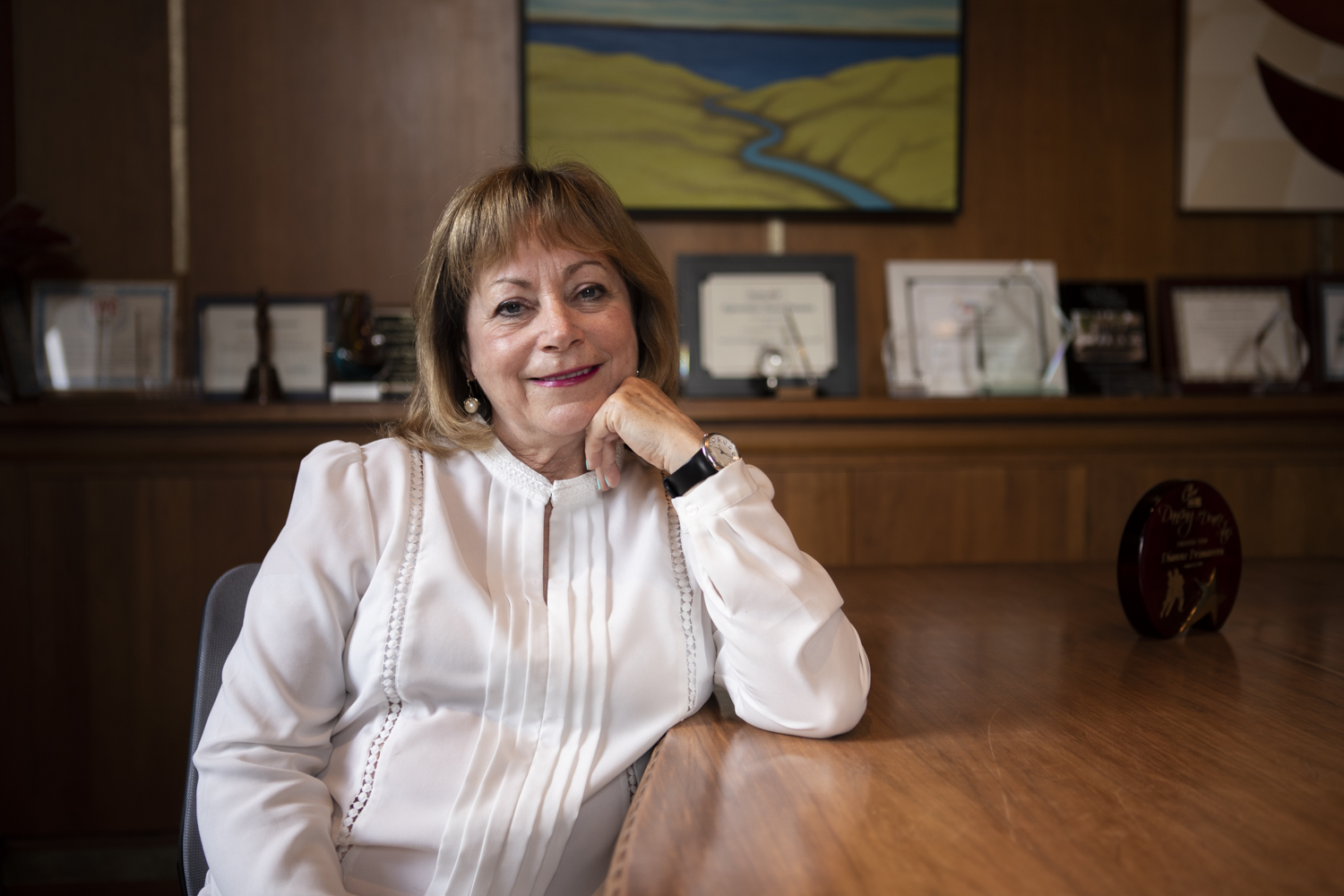 While balancing her own initiatives, Primavera also supports Polis in his initiatives to successfully implement a full-day kindergarten, lower healthcare costs, make moves towards 100% renewable energy and work on the tax code. “If we can reach those goals, Colorado will be a lot better off,” she said.

While lauding Polis as a brilliant politician, Primavera jokingly teased him too. “He’s not a fashionista. Just blue tennis shoes and polo shirts.”

Perhaps garnering more authority than Primavera and Polis combined is Polis’ dog. “[Polis is] a real dog-lover. If you were behind the walls of this Capitol, so many of his staff and he bring their dogs to the office. When the other dogs come into his office, she rules the roost. She knows she’s the first pup,” Primavera joked as a mother of two adorable dogs herself.

Blue sneakers, adorable dogs and a drive for change, no two days at the Capitol are the same — but Primavera’s warmth and love for public service shine through in her every interaction. With her past shaping a future still being written, Primavera will continue to be a voice for those in need in Colorado. 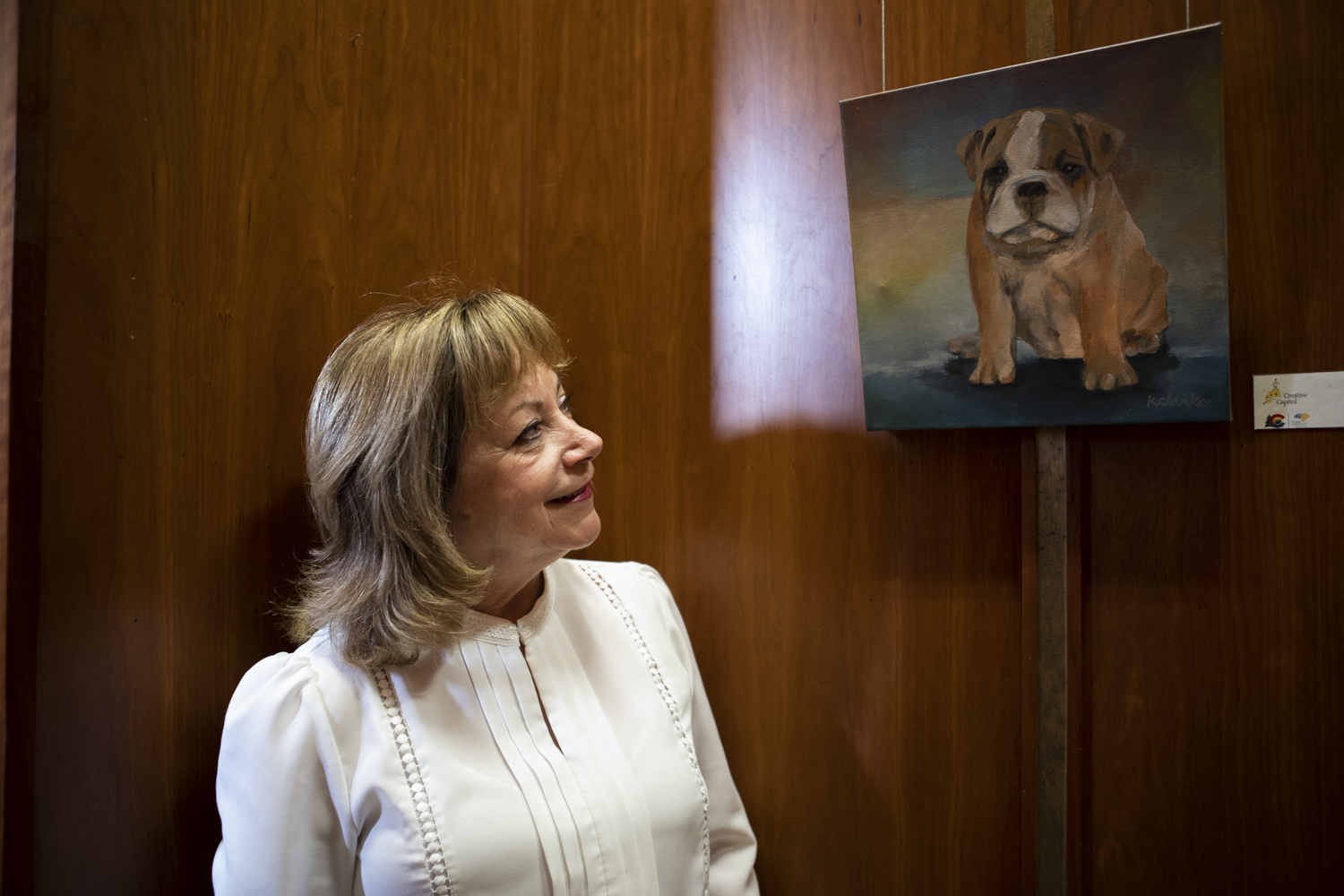