The challenge of playing modern rock lies in the careful balancing act of remaining innovative without falling prey to cliches. Though it may be difficult to find new ways to explore the classic genre, it’s far from an impossible task. In fact, New Orleans-based band The Revivalists do it incredibly well. Boasting more than a decade’s worth of music, they’ve amassed a noteworthy following of fans — and if you’ve heard their music then you’ll have no questions as to why they’re so popular. In fact, the eight-member band recently shared a stage with one of the most noteworthy names in rock ‘n’ roll and they’ll be heading to Red Rocks on September 21 for a sold-out show.

Before captivating audiences at festivals like Lollapalooza and selling out iconic venues such as Red Rocks, The Revivalists got their start in one of the countries most musical cities — New Orleans. Recognized as a hotbed for jazz music, The Big Easy is full of musicians exploring the boundaries of genre as they try to make it in the industry. Any band born out of that culture will no doubt have a knack for keeping their music fresh, and The Revivalists are no exception.

“The way it is there is that music is kind of everywhere you go,” said Revivalists’ bass player George Gekas, when he spoke with us before the upcoming show. “The music is seeped into the traditions – it’s the lifeblood of the city. So, whether you’re out on your porch and a jazz second line suddenly appears or your downtown and you’re listening to people busk or you’re going to see some live music in the clubs, it’s really everywhere, every day of the week, any time of the day. It’s always everywhere. Because of that, it just kind of assimilates into your playing. It’s not like it’s a forceful thing that happens, it’s very organic. Any musician that spends some time down there, they definitely take a little bit of that spirit with them.” 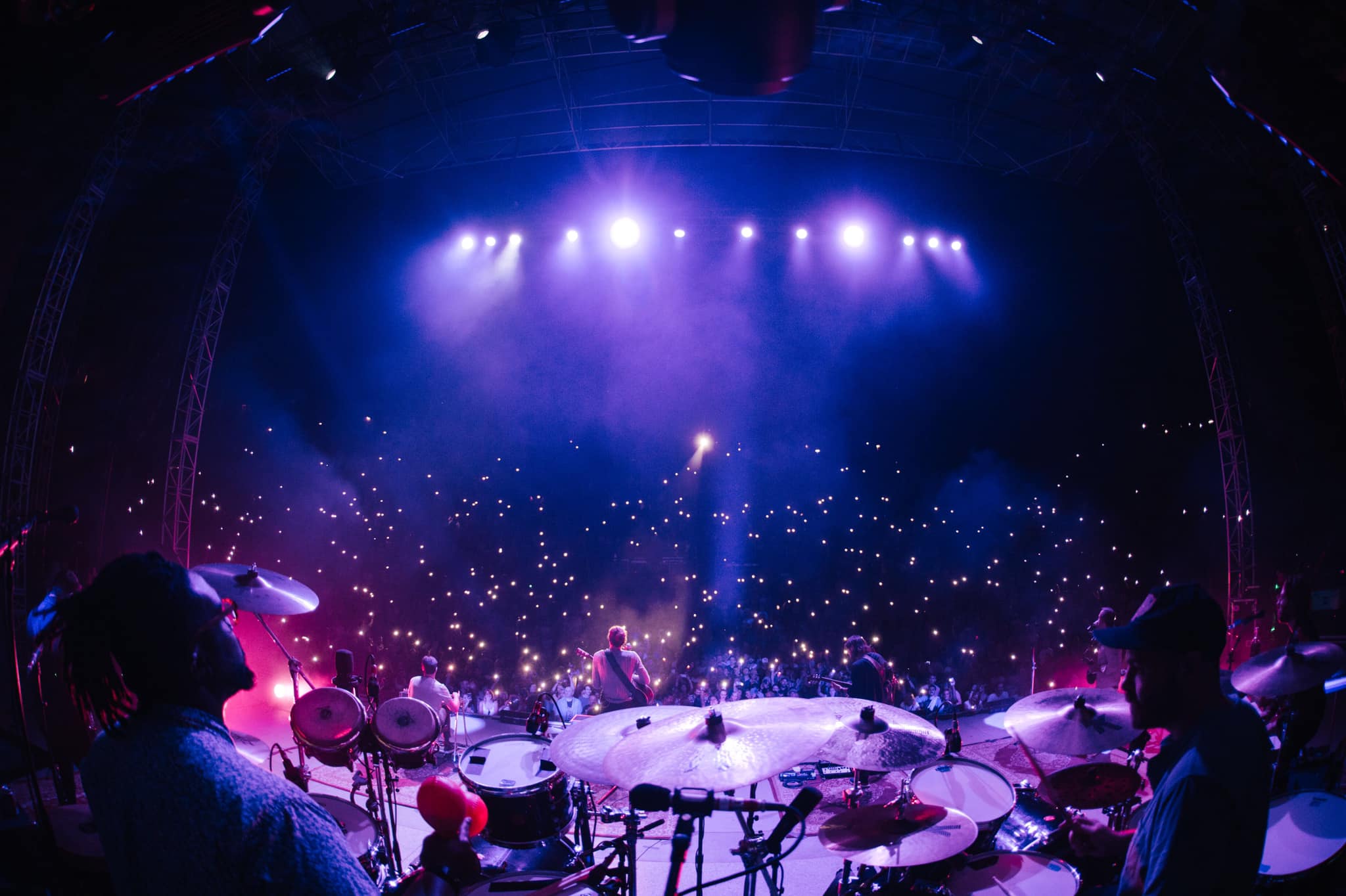 Though the band still calls New Orleans home, they’ve spent much of this year touring their newest album, Take Good Care — and so far fans have loved it.  “It’s been really great  – you never know how the crowd is going to react with new material,” said Gekas. “So it’s always fun when we start playing songs off a new record, to see what people are… receptive to and what we can do differently to tailor a really good story with the music when we play a show every night. So that’s why it’s important to have a true sense for the combination of cohesive songs but they’re all still different so you can have ebbs and flows, peaks and valleys. We’re just excited to captivate people and have people who are emotional.”

They’ve already had plenty of opportunities to share the new music with fans this year, and they still have a few shows left on the tour, including their upcoming Red Rocks show. While selling out Red Rocks is always a career highlight for any band, it’s far from the only career highlight The Revivalists have experienced this year.

Earlier this year, The Revivalists opened for one of the most iconic bands rock ‘n’ roll has ever seen: The Rolling Stones. “It was kind of a surreal moment,” said Gekas. “There were many times when you know, I had to take a step back and pinch myself.” From watching the rock icons at soundcheck to getting a behind the scenes look at The Rolling Stones entire production, Gekas recalls the experience as both eye-opening to the band as performers as well as inspiring to them as artists.

The large group also made a statement at Lollapalooza this year, performing in front of a massive orange backdrop — the color of the anti-gun violence movement. In a time when gun-related deaths have sparked one of the most heated debates in politics, the choice was a brave commitment to stand up for something the members of the band believe in. “I think it also is about people being in the spur of the moment,” said Gekas, “and that was right when they had those two back-to-back shootings in that one day. So, people want to have the opportunity and the platform to say that they’re going to do better and make some change.” 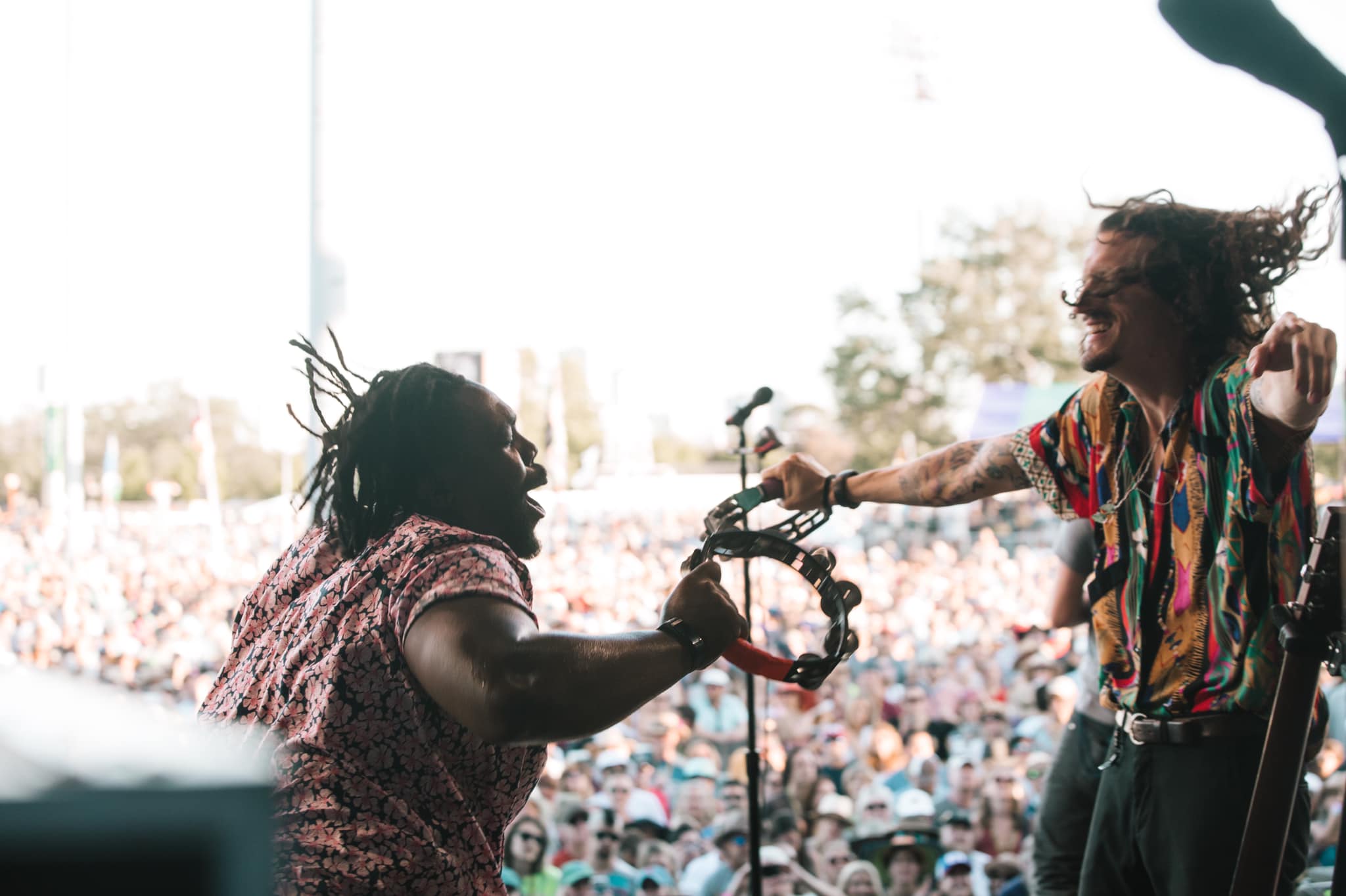 Amidst sharing a stage with the all-time greats and making statements about political issues, the band is still focusing their energies on the music first and foremost. In addition to the release of Take Good Care, The Revivalists also released a single titled “Oh No.” The single, which the band originally considered releasing on the album, is one that Gekas says reflects the band’s collaborative efforts with producer David Cobb.

Originally just a bare-bones demo, Cobb helped to build the song into what it is now — and the band couldn’t be happier with the outcome. “It’s a good song to try and push to get out there,” said Gekas. “It’s a party song.” “Oh No” is a high energy song that perfectly matches the high energy performance The Revivalists are known for.

Between opening for The Rolling Stones, playing Lollapalooza and touring the new record, it’s undoubtedly been a big year for The Revivalists. However, there are still a few big shows left on the tour including their Denver performance taking place this weekend. With as many monumental moments as the band has had this year it’s hard to believe that there would be many more big excitements left for The Revivalists on this tour. However, the magic of Red Rocks is not lost on the band who is returning this year after selling out the venue last season. “It’s one of the most magical places to play,” said Gekas. “We’re beyond elated and incredibly happy to get to do it again and hopefully get to do it for many many many years to follow.”

The Revivalists will perform at Red Rocks on September 21.