Last week on the late-night talk show CONAN, host Conan O’Brien made an announcement that Denver comedy fans should be excited about. For one weekend only, O’Brien and Team Coco have organized a simultaneous comedy infiltration in 10 cities around the country. From October 3 through 5, major comedians will perform at nearly the same time in places all over the US, including Downtown Denver’s Comedy Works.

This event is coined “Team Coco House” and is specifically designed to happen simultaneously in all corners of the country. According to O’Brien on his show, hundreds of comedians auditioned for the weekend event (although that could be a joke too, for all we know). The national lineup is impressive, including Tig Notaro, Kyle Kinane, Bill Burr and Roy Wood Jr. 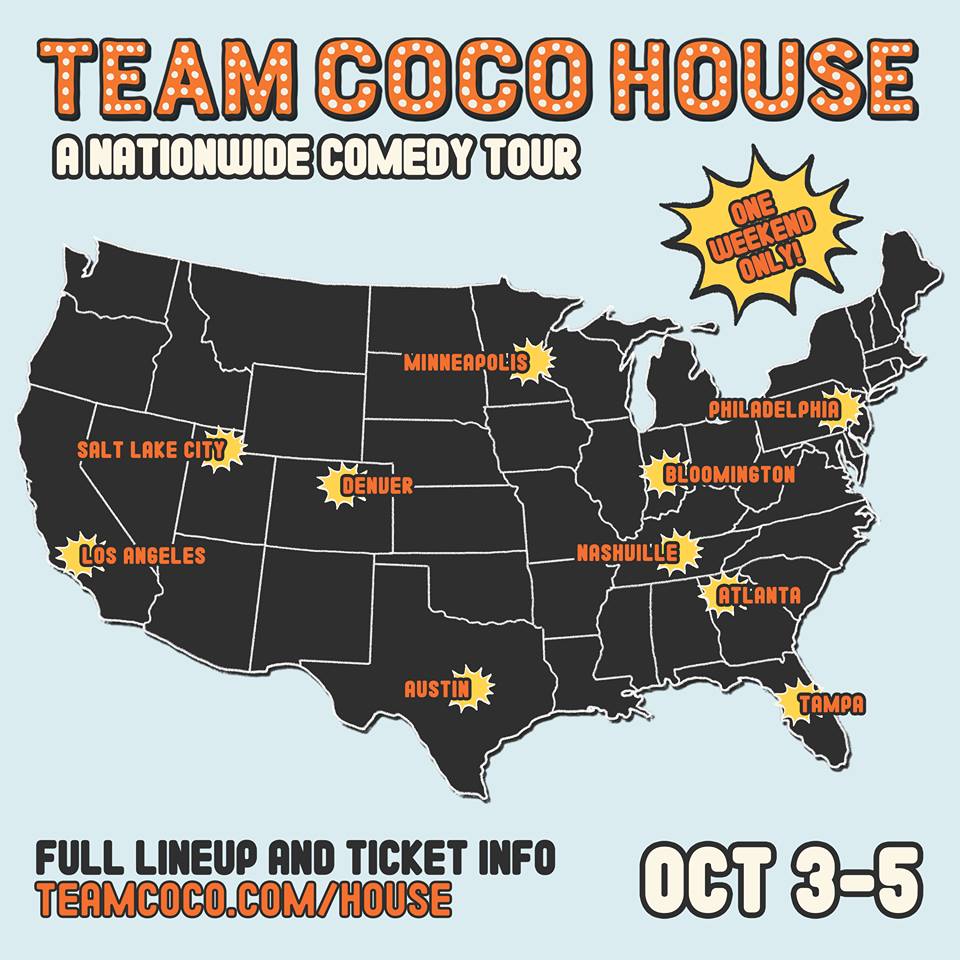 Daniels has almost exclusively stuck to stand-up comedy on a stage, performing at several different comedy festivals across the country (and in Canada) as well as on The Late Late Show with Craig Kilborn and Craig Ferguson, The Tonight Show, The Bob and Tom Television Program and more. He’s also produced multiple comedy albums and hosts the podcast Middle of Somewhere.

Holmes is a sly comedian, who uses a combination of wit and raunch to tell hilarious stories that are both relatable and embarrassing. His background includes stints on Comedy Central’s Premium Blend, VH1, John Oliver’s New York Stand Up Show, Late Night with Jimmy Fallon and, of course, CONAN. He’s also a cartoonist with work that has appeared in The New Yorker, a writer who’s helped on the sitcoms Outsourced, Crashing and I Hate My Teenage Daughter and a voice actor who plays several characters on Ugly Americans.

For more information and to purchase tickets, go here.