Few bands have made it to the pinnacle that The Lumineers have. A heaping helping of “hey’s” and “ho’s” launched the then folk three-piece into the stratosphere of mainstream acclaim, assuring they’d never come down again with similarly massive hits like “Ophelia” and “Stubborn Love.” From crowd testing songs at The Meadowlark to headlining Red Rocks Amphitheatre multiple times, it was only fitting with so much of their success built on Denver’s back, that the band returns to the city to build the next chapter for Denver’s music scene — the opening of Mission Ballroom. 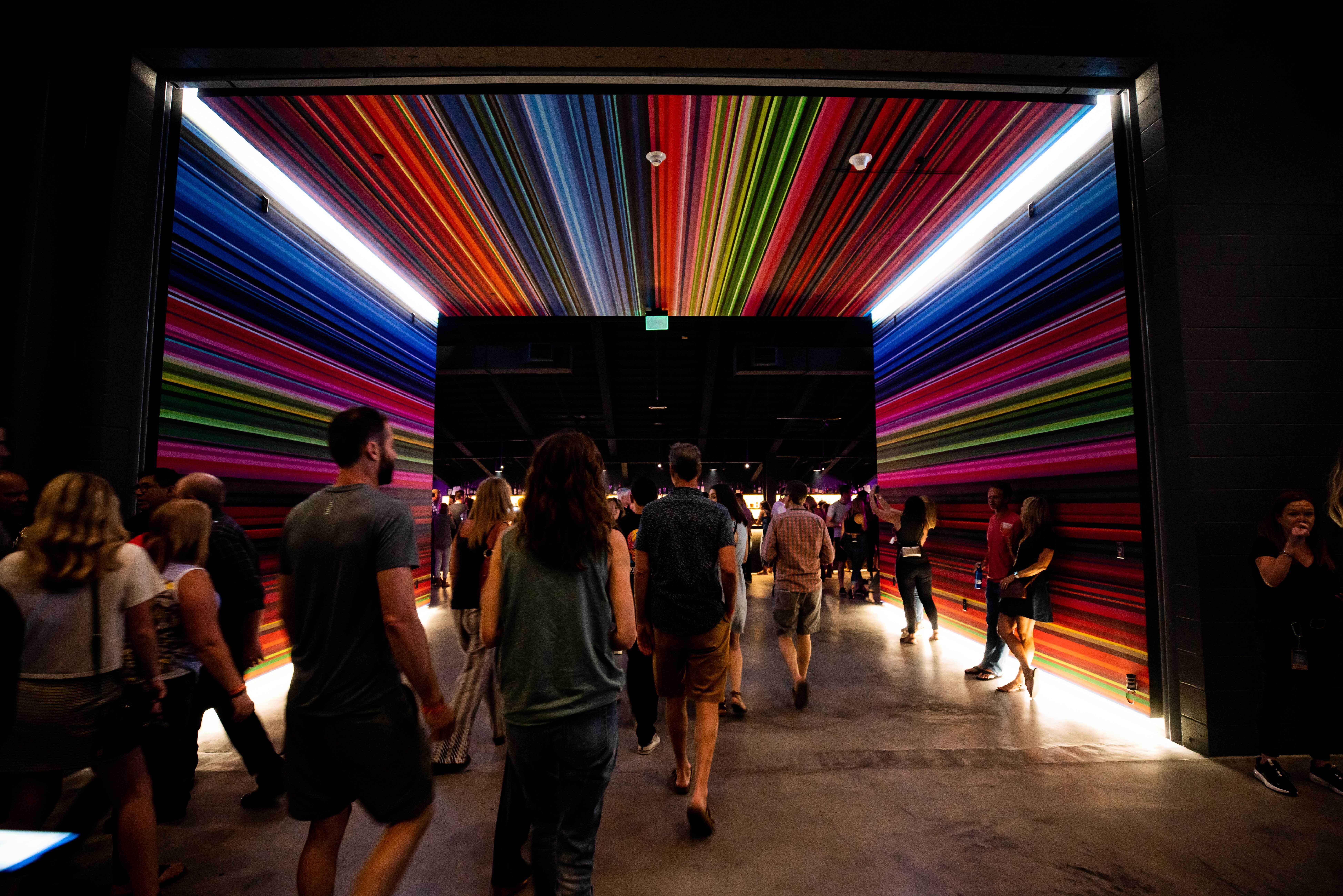 Mission Ballroom is different than most music venues, and that difference matters a great deal. Looking across Denver, nearly all the music venues that have become staples in the city did not begin as such. The Ogden and Bluebird Theatres were both movie theaters that were later retrofitted to accommodate music, and The Fillmore Auditorium, closest in size to Mission Ballroom, was originally a roller rink. Hell, even Red Rocks Amphitheatre came from the humble beginnings of well, rocks. With the opening of Mission Ballroom, promoters AEG Presents have finally given Denver a venue built from the ground up with music at the forefront. 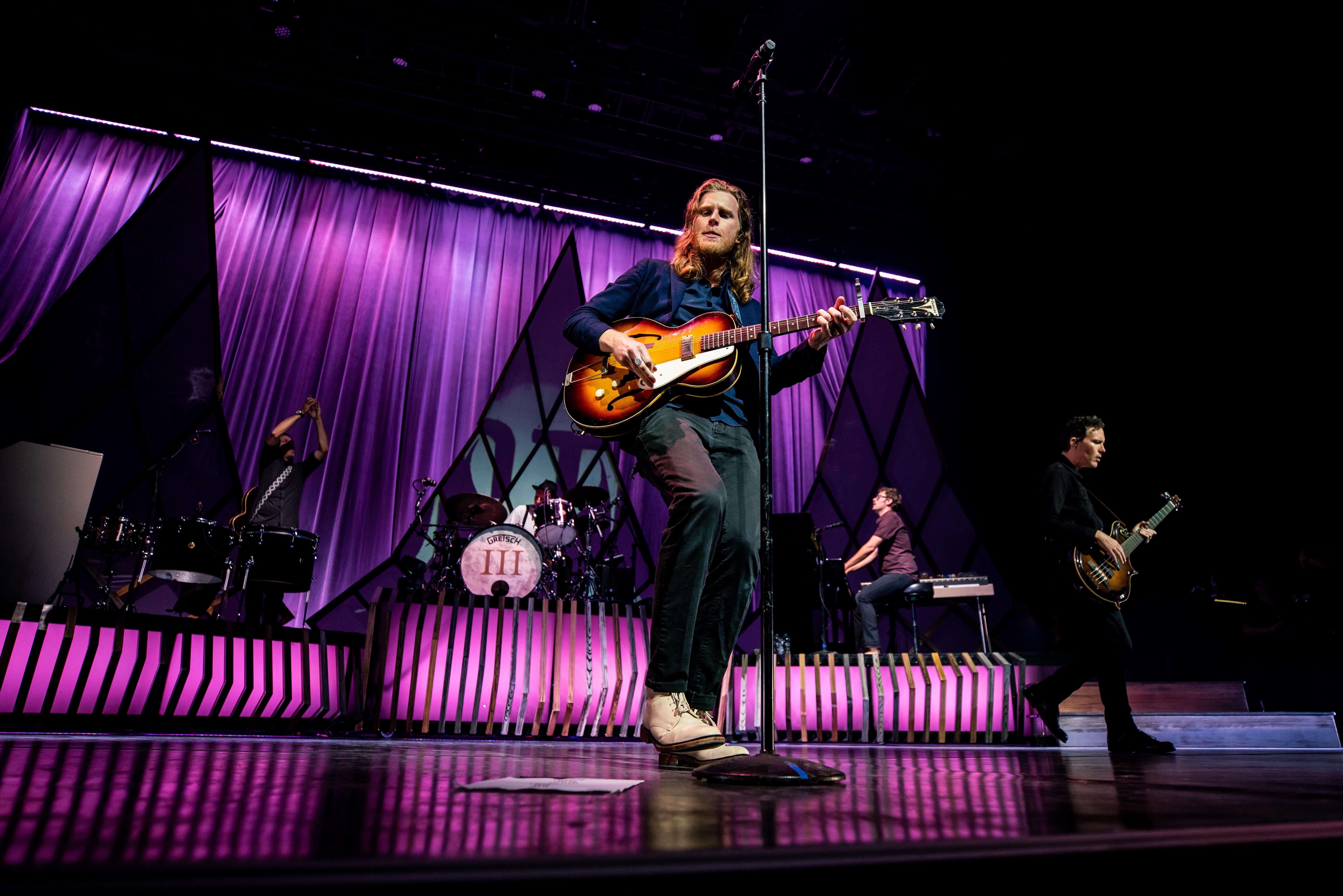 The legendary Chuck Morris spent years finding the right place to erect what he now calls, “the finest venue this town has ever seen,” and his effort shows. Located off Brighton Boulevard, in a rapidly developing side of the RiNo neighborhood, Mission Ballroom stands with its austere slate and graphite facade, challenging all those who enter to forget what they thought they knew about live music. Stanchions extend from the entrance like outstretched hands, pulling in eager fans to streamlined ID and security checks at the entrance. Inside an array of some of Denver’s brightest artists have tagged the walls in striking hues and gorgeous concepts, as Instagram worthy as they are representative of the vibrant homegrown talent of the city. Massive would be an understatement, as the high ceilings, multiple bathrooms, bars and grandeur of its open-planned architecture, manage to disperse the crowds granting enough free reign to scope out the perfect seat. If the sheer magnitude of the venue hadn’t already had you at a loss for words, the best is yet to come.

READ: We Toured Mission Ballroom With Chuck Morris and Got The Inside Scoop 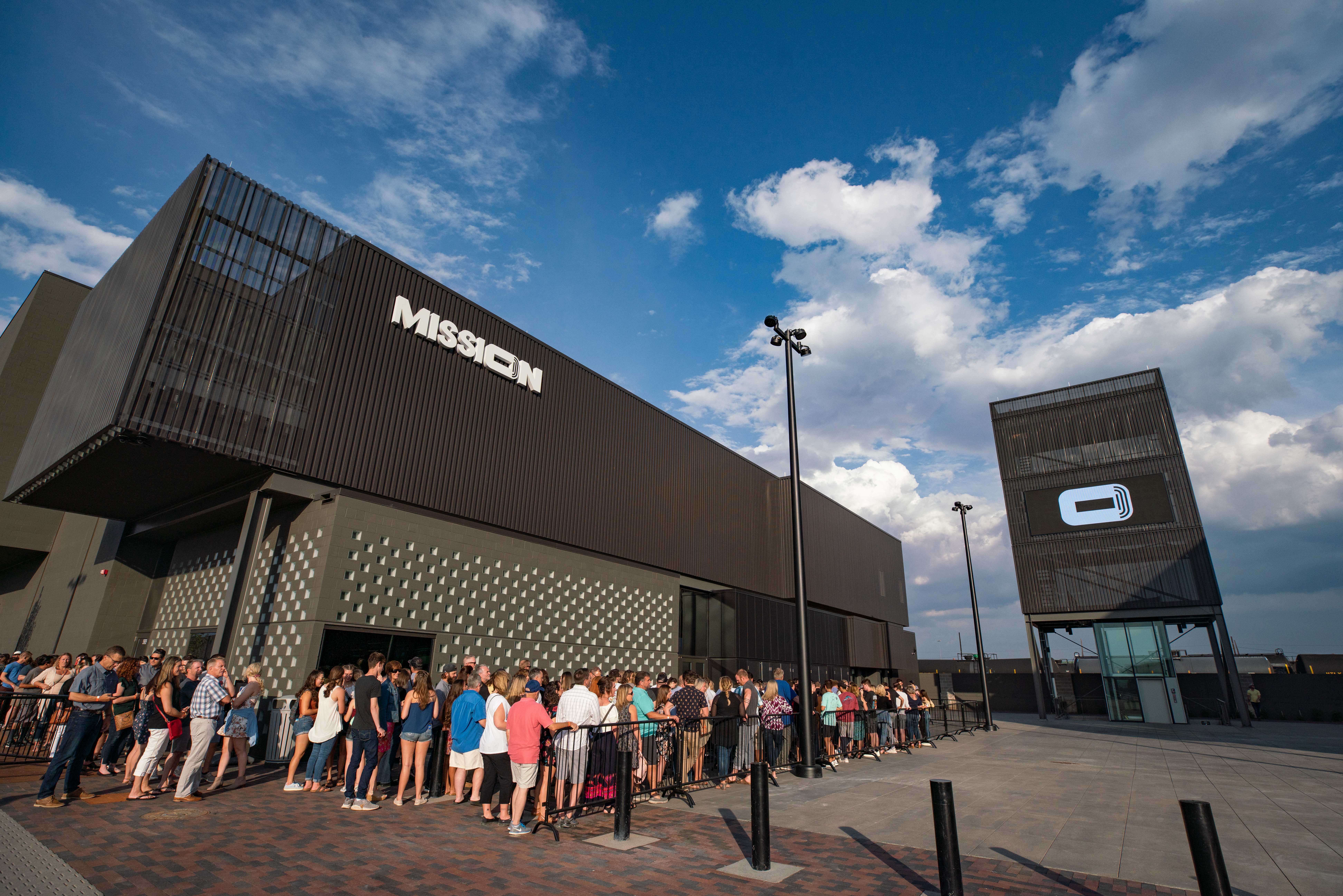 When the packed house settled into position and the house lights fell away, the concrete and steel shell seemed to disintegrate amidst the spotlights and the intimacy of the venue came into full focus. Fanfare and unrestrained joy erupted upon the thousands of faces gathered throughout the venue, first cheering on Jade Bird’s incredibly elated opening set and later, bringing things full circle for The Lumineers as they were welcomed to the stage for a homecoming like none other.

READ: A First Look at The Psychedelic Local Art Inside The New Mission Ballroom

Delighting the crowd by performing their forthcoming album III in full amidst fan-favorites, The Lumineers gave Mission Ballroom an opening it deserved. Complete with lead singer Wesley Schultz charging a trail through the audience, breaking tambourines and leading the entirety of the concert venue in song, it was the latter that gave the new venue its hallmark. Listening to the crowd sing “Ho Hey” as the immaculate sound and lightning illuminated the throngs of people spanning the venue, there was an overwhelming sense of pride, that this gargantuan shot in the dark would be the light to lead Denver into its next chapter as a great music city.

Looking back on what the desolate area used to be, a warehouse district of DIY fortitude resting in the middle of nowhere,  the thought of a venue the caliber of Mission Ballroom was a long shot. However, Schultz remembers it fondly as well, and perhaps articulates the opening of Mission Ballroom best, “if you build it, they will come,” — and come they did.