“It has been about four years since I have been here, and I ain’t got nothing new for you,” said Billy Joel to his chuckling, sold-out audience on Thursday, August 8. “Same old shit.”

While it may have been four years since Joel played in Denver, the performance was the first ever for the legendary icon at Coors Field. The venue is becoming a haven for classic rock legends to expand the size of their audience, and recent performances include The Eagles, Journey and Jimmy Buffett. “We used to play this little club in Boulder called The Good Earth, and I had no idea I would one day playing a baseball stadium,” Joel continued. 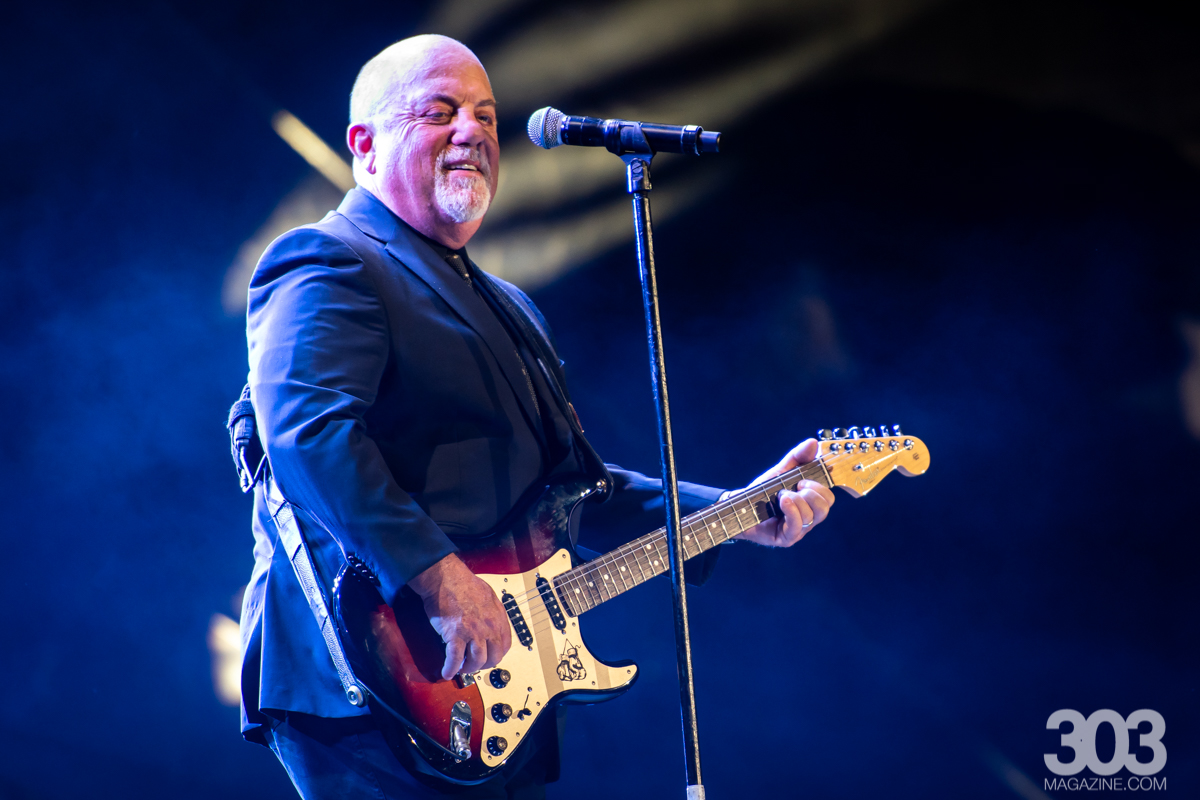 Before the jokes and music began, mostly rainless clouds hung over the large park as the masses were herded to their seats. The lack of opener for the show asserted importance in getting settled promptly. At 8:30 p.m., Joel strutted on to the stage, guitar in hand to kick off the evening with “A Matter of Trust.” Next up, the musician took his talents to the piano to continue on with “Pressure.”

“Denver!” Joel exclaimed, “We’re a mile high, aren’t we?” The reference prompted a cover of The Eagles’ “Rocky Mountain Way,” as the piano rotated from side to side, exposing each angle of the artist.

“I’ve had more non-hits than hits, and sometimes it is more fun to play the non-hits,” Joel explained. “I will say two songs off of the 1977 album The Stranger, and you will decide by cheering.” The crowd then voted on the two given options, “Just The Way You Are” and “Vienna,” the latter of which was the clear winner. Continuing on with his comedic routine, Joel indulged the audience in the story of the inspiration behind writing “The Ballad of Billy the Kid,” while also encouraging them to count the historical inaccuracies within the lyrical story. 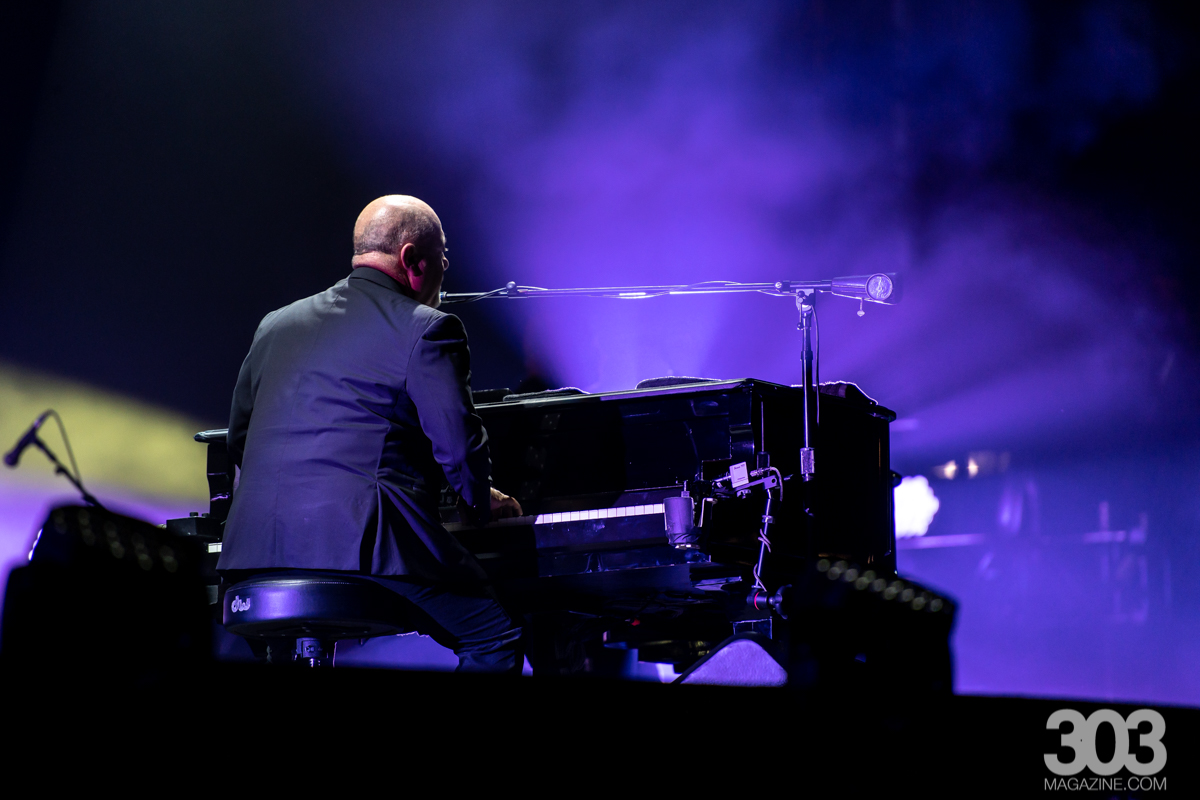 Joel mentioned to the crowd that his high school music teacher who pushed him into starting a music career was in attendance, and dedicated a rendition of “New York State of Mind” to him. From there, Joel took on “I Go To Extremes” — a special track, not only because he claims to not play too often anymore — but also because the five-time Grammy winner used his rear end to play on his famous piano.

“She’s Always a Woman” and “Only the Good Die Young” succeeded in getting the fans to belt the lyrics along with their leader. “In the Middle of the Night” presented another ode to The Eagles by rocking into their “Take it Easy” halfway through, before coming back to finish the original track. Joel rounded out the set by strapping on his harmonica — indicating, of course, that it was time for “Piano Man.” The musician then thanked Denver and took in his crowd before retreating backstage. 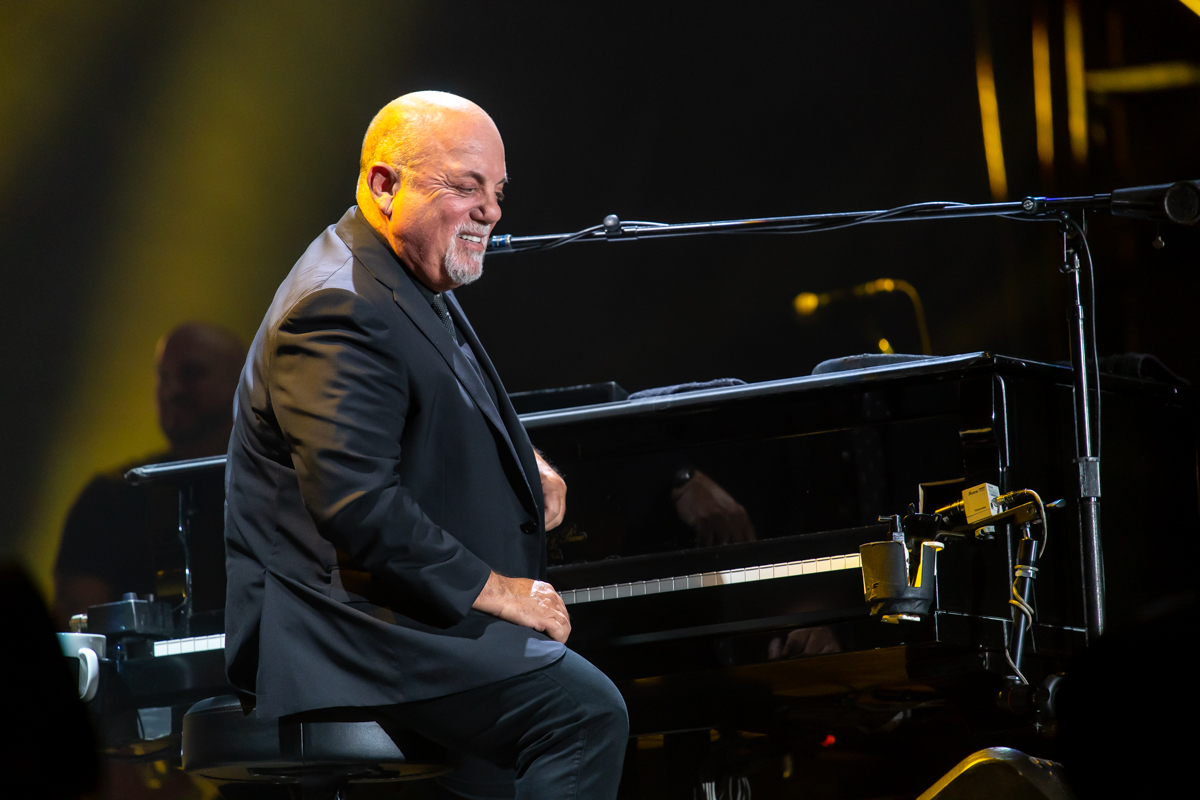 After a beat, Joel returned with his guitar for an encore, beginning with “We Didn’t Start the Fire.” He then gave up all instruments but his voice for “Uptown Girl,” during which he danced and swung his microphone seductively. Returning to the piano, Joel finished out his last moments of stage time with “Still Rock and Roll to Me” and “Big Shot,” the latter of which included a quick ode to Led Zeppelin’s “Rock and Roll.” In the end, Joel gave the audience every bit of his discography they could have asked for, even if it was the “same old shit.”