That’s how three of the five Paul’s Liquors customers addressed Perfecto Basurto, an employee of the Colfax booze stop for three decades, on a Monday afternoon.

“Everybody who’s been around Cap Hill knows who that guy is,” said Darren Polak, a former Denver resident, and Tooey’s, Off Colfax bartender. Polak went to Paul’s for over a decade. In all that time, only once Basurto wasn’t in the store. It was like the world tilted on its axis. It didn’t feel right. 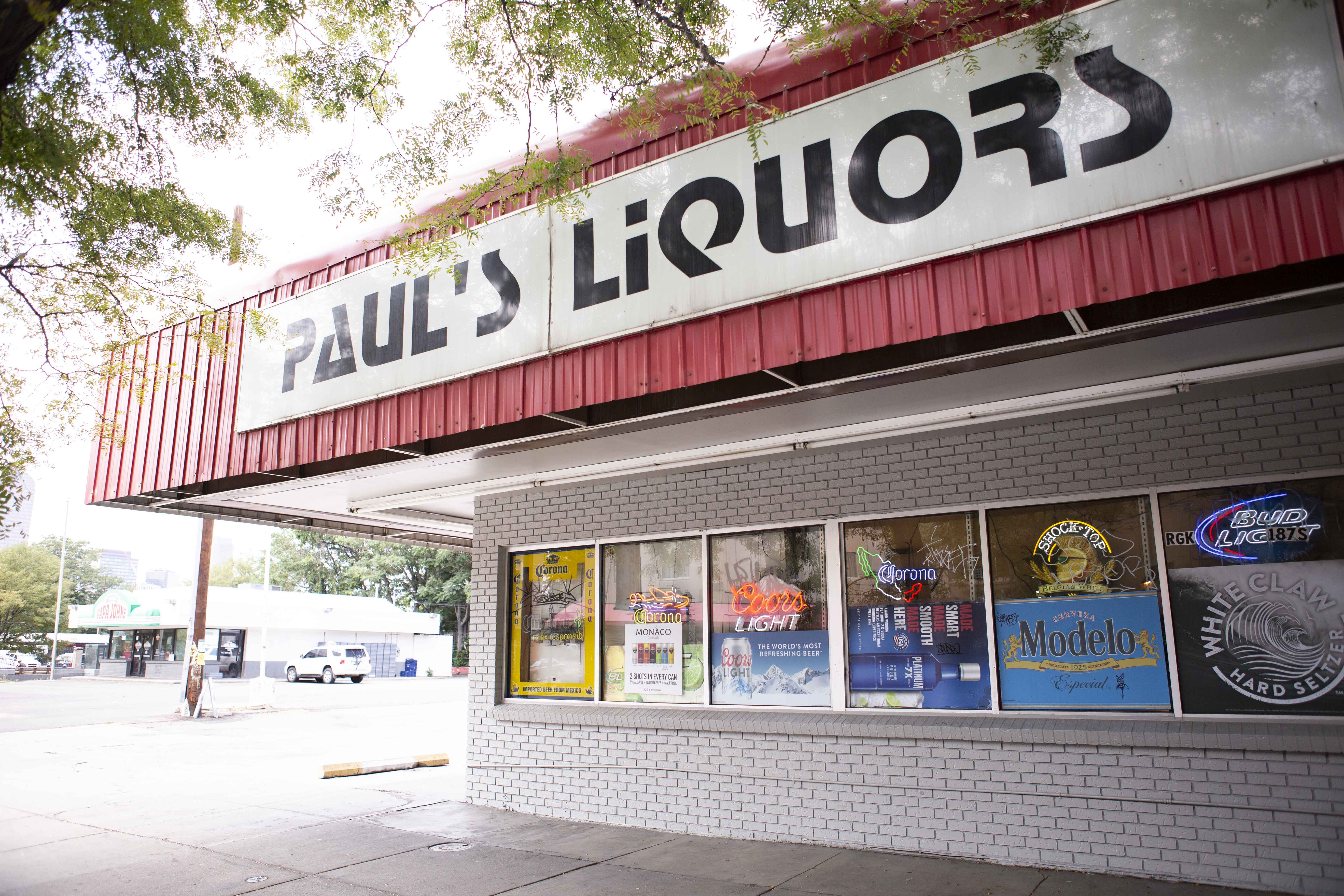 About 80 percent of the business is regulars, according to Basurto. They all know Basurto because he’s worked there since the 1990s and he’s always working. He mans the counter on the south end of the store like a captain of a ship. His wheel is an old-school cash register that beeps with a tap of each number. He knows what brands of smokes and bottles his customers want without them having to ask like any great bartender. It’s insight he’s gained by working around 104 hours per week.

He has a family, though his four kids are grown now. In the past, he worked various morning shifts at a bakery, post office warehouse, and another liquor store, while working nights at Paul’s.

Back in the ’90s, he said there were three employees working at Paul’s at a time because Colfax was dangerous. He even witnessed a shooting and was able to aid the cops by remembering the license plate number of the shooter’s Toyota.

“The time I started, it was bad,” he explained. “Now, it’s nothing. It’s pretty quiet.” 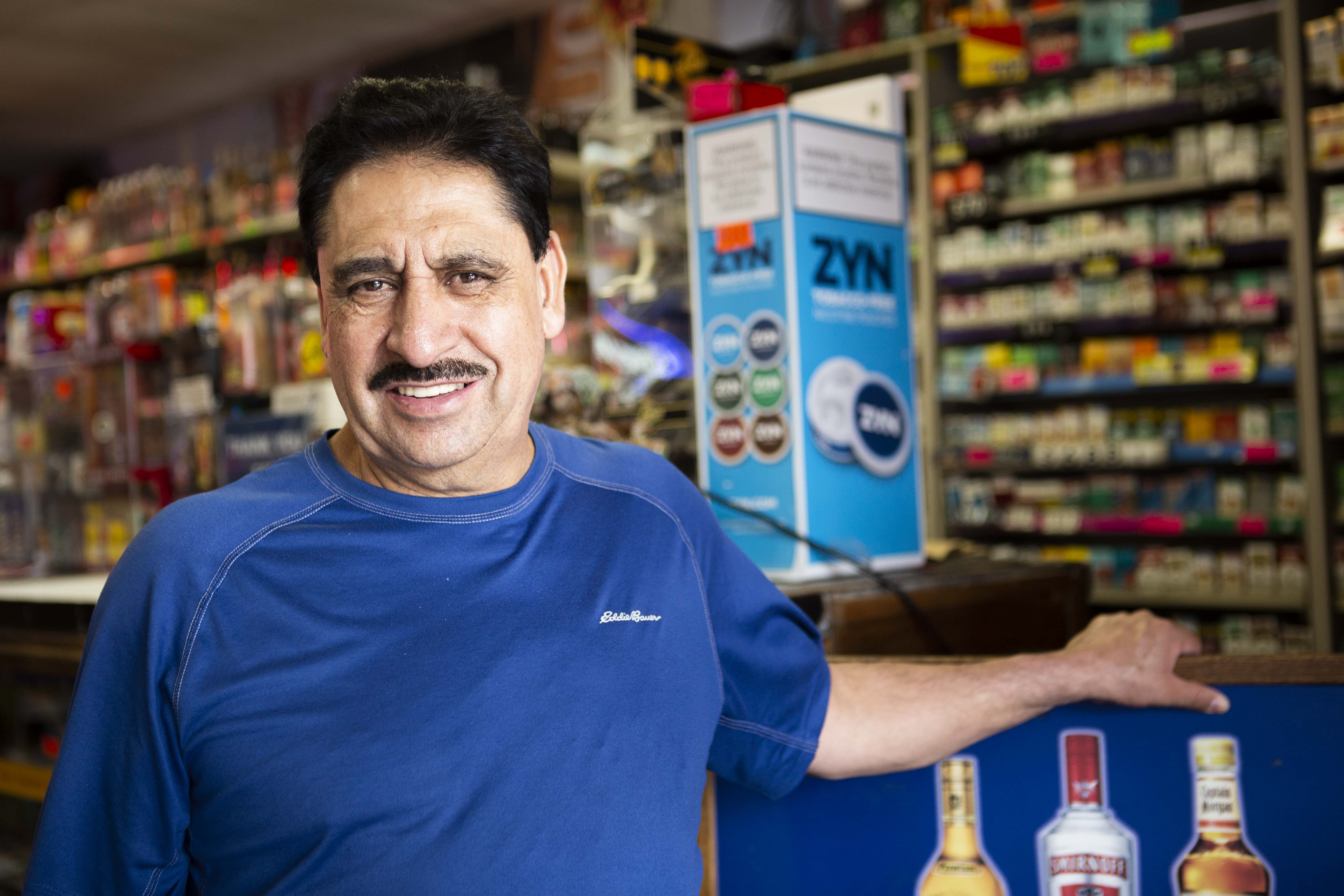 Today, Basurto often works by himself. People sometimes try to steal, but Basurto is not afraid of confrontation. Polak witnessed him in action.

“I walked up to the counter, Perfecto’s eyes were [looking] over me, watching some guy in the aisle,” Polak said. Basurto noticed the man stash a 750-milliliter bottle of cheap vodka. Basurto walked to the front door to lock it before the thief could make his exit.

“Perfecto takes [the bottle] and taps it on the guy’s forehead,” Polak said. It was like he was shaming a potty training puppy. No. Bad.

“One bottle is about 10 dollars, but it makes me mad because I feel like the guys think, ‘This is a stupid guy. I’m going to take whatever I want and they can’t do nothing,’” Basurto said. ’” But I do something.”

Basurto doesn’t plan on retiring or taking a vacation any time soon. He doesn’t even drink to relax — maybe one Heineken every other week. Work is how he relaxes and he seems happy doing it. One regular walked in was a modest bouquet and a huge grin.

“I got this for my lady,” the customer said as he walked to the cooler to grab some beer. “Let me get a pint, too.”

Basurto reached for a plastic bottle behind the counter, knowing exactly what pint he wanted. 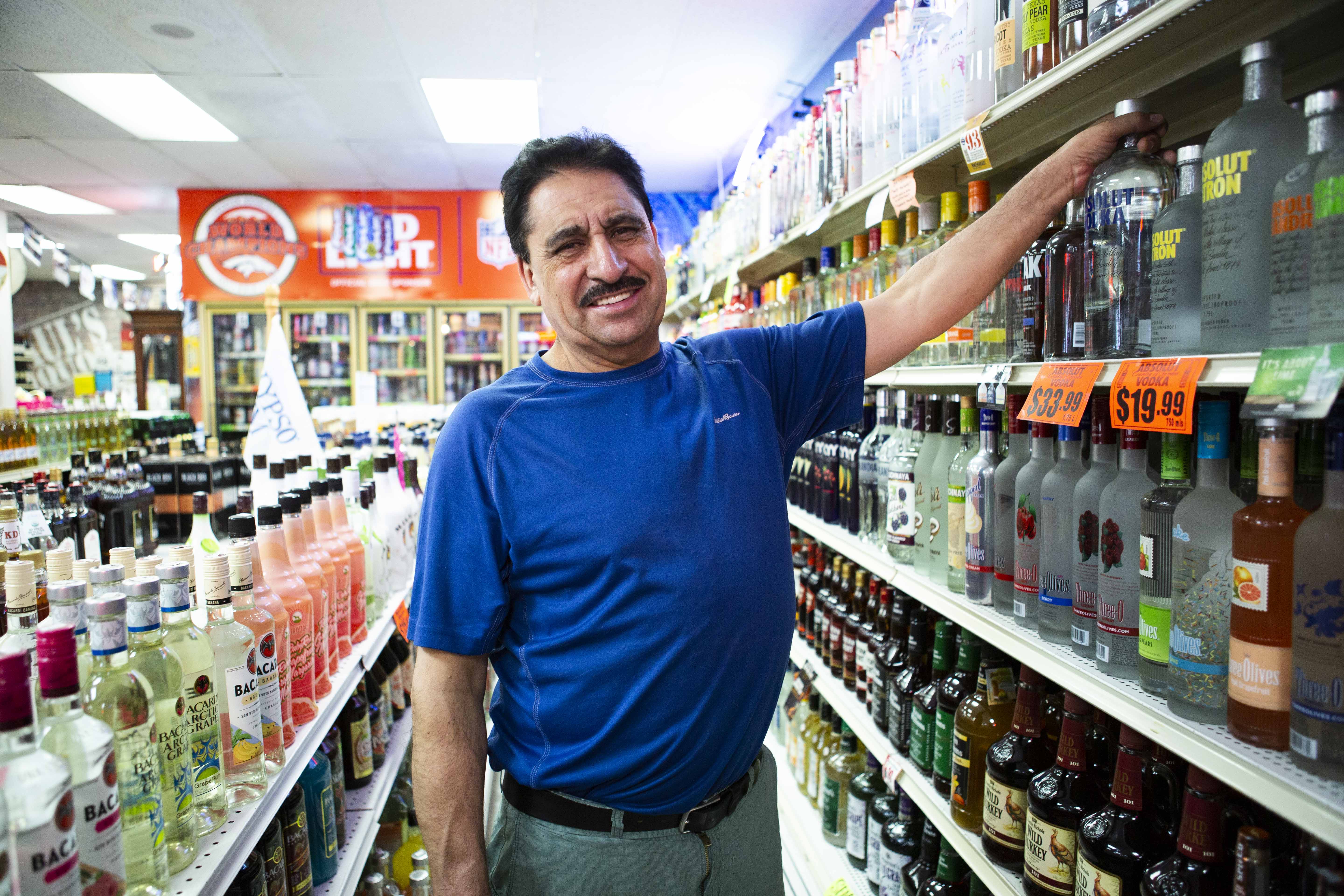