Lionel Richie has the type of star power that turns everything he touches into gold. It’s a milestone not all musicians hit, but it’s one he’s secured after years in the industry — he was an integral member of funk group The Commodores, an ’80s crooner, a judge on American Idol and one of the world’s best-selling artists. Richie kicked off his “Hello Tour” to celebrate those accomplishments, and on Wednesday, it landed him at Red Rocks. With a comfortable presence and sarcastic demeanor, Richie released his catalogue of hits to the audience, sprinkling jokes and small talk throughout the night in what made for a blissful trip down memory lane.

After opening the show with his hit “Running With The Night,” Richie took time to praise Denver, lauding Red Rocks as “the best place on the planet.” He cracked jokes at his “250 years” in the industry, and seamlessly slipped in and out of his timeless love songs “Easy,” “I Love You” and “Say You, Say Me.” More than once, Richie put down the microphone and watched earnestly as the audience sang the chorus of his songs without assistance. 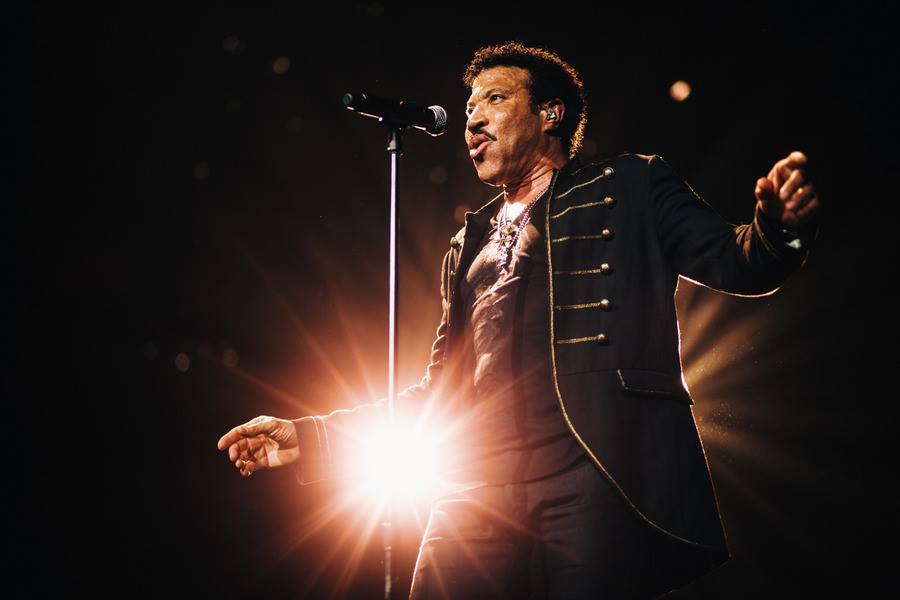 Richie is 70 years old — and he looks damn good, perhaps another product of that Hollywood golden touch. The only sign of his aging was in his conversation with the audience, in which he called out couples for their displays of affection with a casualty only years living and performing can bring. “I normally don’t get into folks’ business,” Richie started. “I’m gonna get into your business tonight.” Depending on who you ask, Richie’s joke-cracking crossed a line when he faked us all into believing Diana Ross was about to make a guest appearance. However, he won everyone back by breaking out his Commodores hit “Brick House.” The song wasn’t the only hit by his soul group to make an appearance last night — Richie performed a selection of songs from the Commodores, giving the crowd a chance get down and dance.

Richie decided to keep his smash hit “Hello” up his sleeve until the end of his set, when the feel-good levels of every audience member had risen to a high. A camera moved on the crowd throughout the night, highlighting images of couples young and old, getting closer and falling deeper in love as the night progressed. Richie noticed this and knew exactly how to finish the crowd and turn it into a sentimental puddle: his star-studded track he wrote with Michael Jackson, “We Are The World.”

Richie is an icon, and his performance at Red Rocks fell nothing short of that standard. His stage presence is one younger musicians can use as a case study in how to present  yourself not only as a musical professional, but as a relatable person with a sense of humor. Richie has been with us — or with our parents — for some of the most memorable moments in life. As he continues a heavy and influential career on fans and fellow musicians alike, more memories are sure to be made.