Dave Matthews Band got its start at a music bar in Charlottesville, with some roots in jazz and a couple incomplete tunes. Songwriter Dave Matthews founded the group alongside drummer Carter Beauford, bassist Stefan Lessard and the late sax player LeRoi Moore and — after some trial and error — Dave Matthews Band became one of the most prominent, quirky and jamming rock groups of the ’90s. In 2019, the Dave Matthews Band is on tour with a stamina and improvisational style that offers the audience a glimpse into its deep catalogue of music as well as a seat to witness years of great musicianship that never stops evolving. 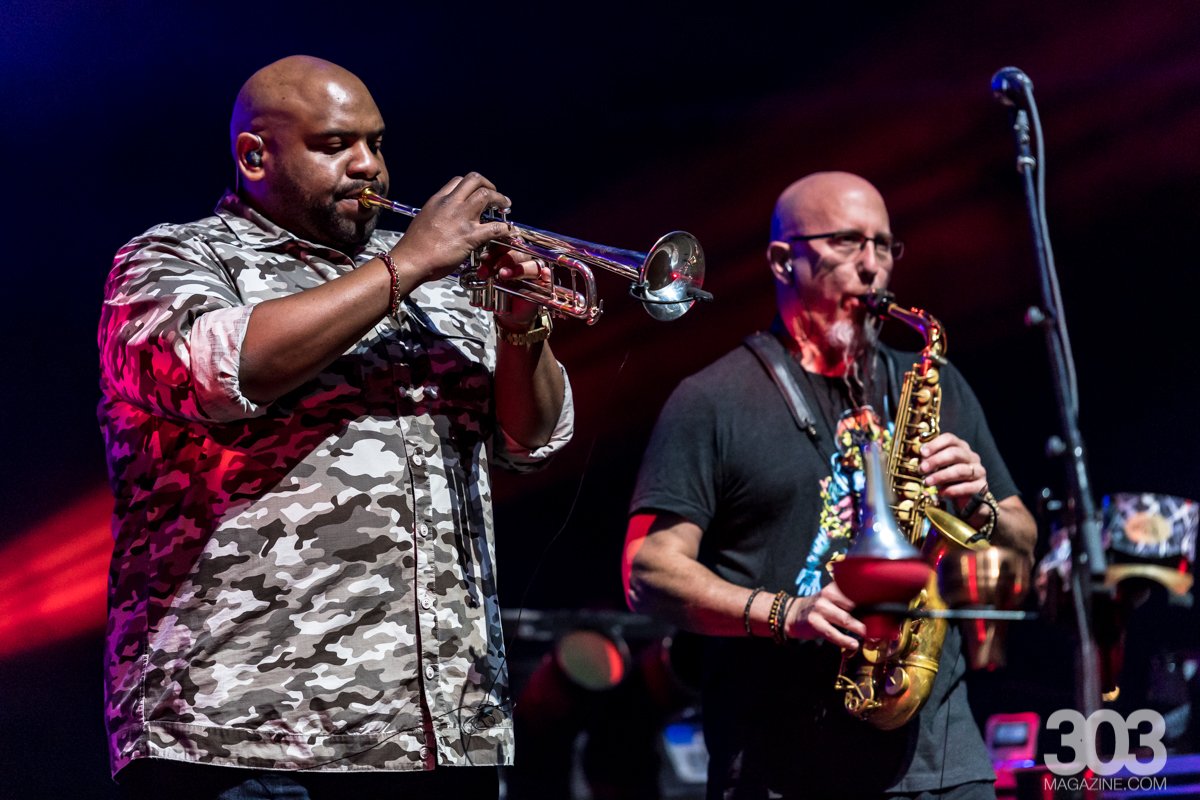 Dave Matthews Band played the first night of their two-day bender in Colorado Friday night at the Fiddler’s Green Amphitheatre — they played another set Saturday night. The group consisted of seven members: keyboard player Buddy Strong, sax player Jeff Coffin, trumpet player Rashawn Ross, guitarist Tim Reynolds, and original members Beauford (drums), Matthews (vocals/guitar) and Lessard (bass.) After hearing the first song, it was apparent why the group was too big for one night: Each live song was a small bubble waiting to be filled, popped and then re-blown whatever way the band felt was right. 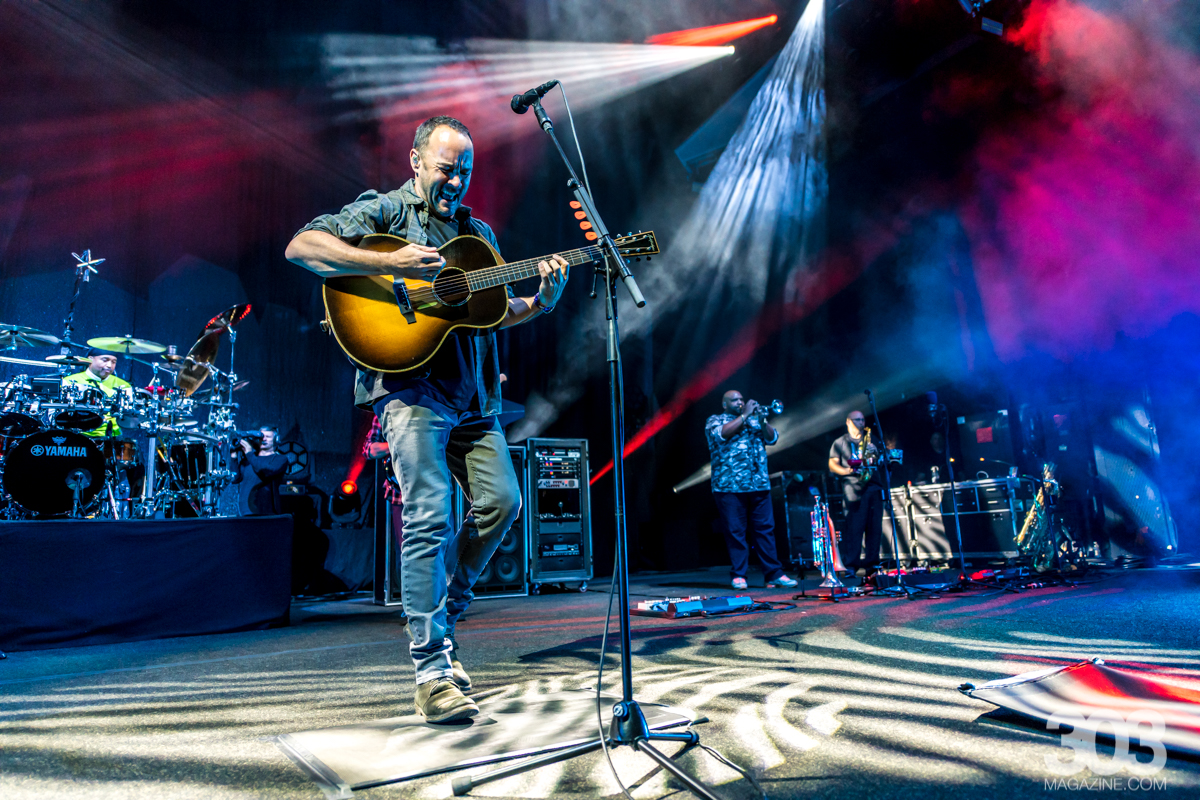 The night opened with “One Sweet World,” a relatively simple song that exploded near the end with a keyboard solo by Strong. Near the end of the solo, Strong was on his feet and had the rest of the group rocking and riffing in a way that made it impossible not to smile. In fact, one of the most enjoyable elements of the entire show was watching the band’s joy at playing their music. Beauford’s drummer smile is infectious. The group continued to wax and wane their own jam band style throughout the night — often taking their sweet time between songs to chug drinks, high-five, or mime an upcoming rhythm. This openness on stage was genuine and gave us audience members time to react to whatever move the group was about to make. Live performances are what make the Dave Matthews Band the Dave Matthews Band, and that expectation makes for an authentic and gimick-less show.

Because each song was its own performance, this meant less songs in the set. Even with no opener, Dave Matthews Band didn’t have the time or space to fit in many hits such as “Crash into Me,” “Ants Marching” (which may have been due to the lack of string instruments on stage) or “Where Are You Going.” At one point, audience members even tried to prime the band by singing the hook of the “Where Are You Going,” and there were some murmurs about not recognizing some of the songs. But Dave Matthews Band isn’t a touring band in the sense that they play exactly what the audience wants to hear — the band plays what they want to hear, and they hope you’ll enjoy the ride. They are a funk band in the purest form. 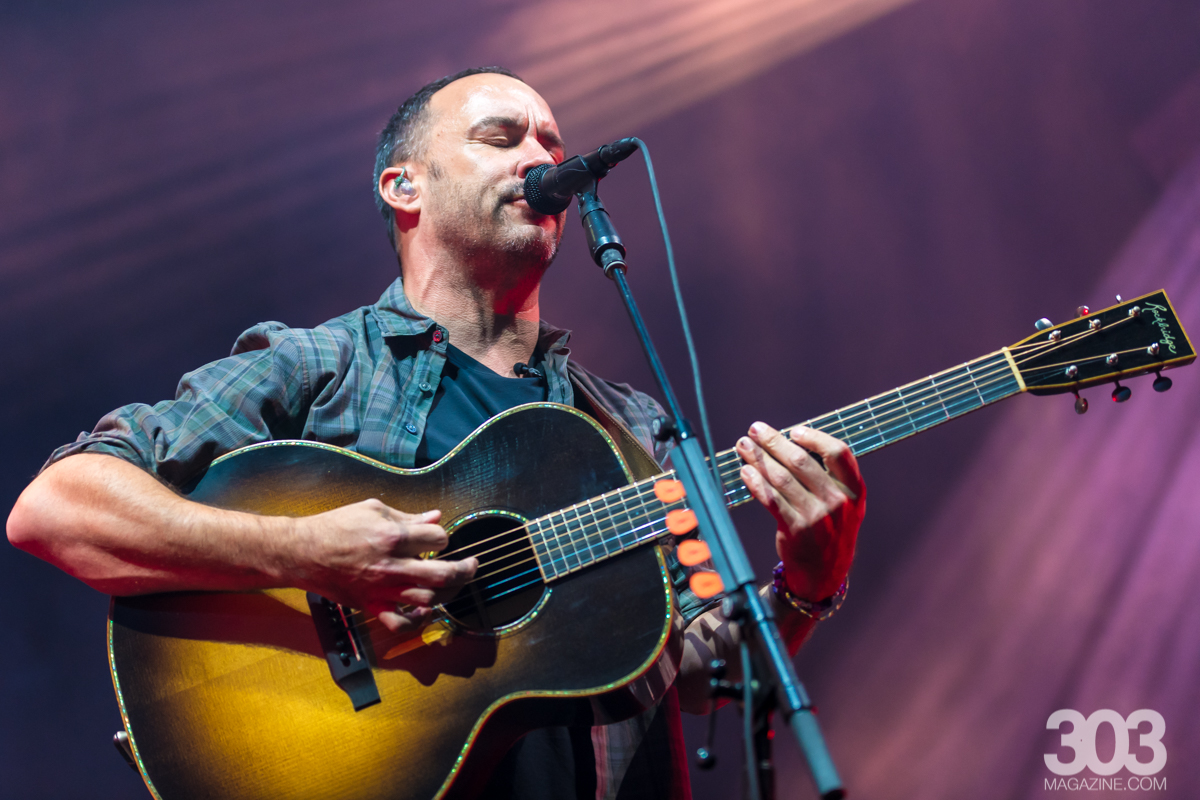 Highlights of the evening included, of course, legendary solos by keyboard player Strong (who can also sing like an absolute pro,) blues riffs between Ross on brass and Reynolds on guitar, and Matthews’ rawness when singing “Smooth Rider.” A minor setback was the distracting phantograms shown on the stage’s backdrop that came and went with songs. Dave Matthews Band is a show to watch when you actually want to watch a show, and the moving illustrations meant to enhance a song and pique the audience’s attention actually took away attention from the band’s addicting improvisations.

Whether you love Dave Matthews Band or only know the name, seeing them live is an experience that reminds you of the value of true musicianship. Sometimes it’s fun just to watch people who truly enjoy their jobs.