Peak bagging is the new game when it comes to conquering mountains, and, it’s easy to see the crowds taking over some peaks’ trails like they’re in line for a ride at Disneyland. From the wait times for a chance to touch the summit of Mount Everest to the more than 30,000 hikers each year looking for a day-trip up Mount Bierstadt, finding the less traveled trails is getting harder.

It’s undeniable — the feeling of reaching the top of a mountain after a grueling climb up is unbeatable. As some peak baggers put it, it’s like reaching up and receiving an elixir straight from the hands of the gods. But that doesn’t mean you want to share the elixir with a crowd of other hikers. Thanks to the Colorado Fourteener Initiative the data is in, the numbers are crunched and below are the 12 least visited fourteeners in Colorado.

Before you set out, it’s important to remember to prepare before you try to take on one of these beasts. Many of the fourteeners on this list have light traffic for a reason — either their distance from Denver, their mileage to the summit, or their overall level of difficulty. Know what gear and supplies you need, keep an eye on the weather, and always stick to the Leave No Trace guidelines. All of the peaks listed here include the round trip mileage, the total elevation and the level of difficulty according to the Yosemite Decimal System (YDS).

READ: How to Survive Your First Fourteener 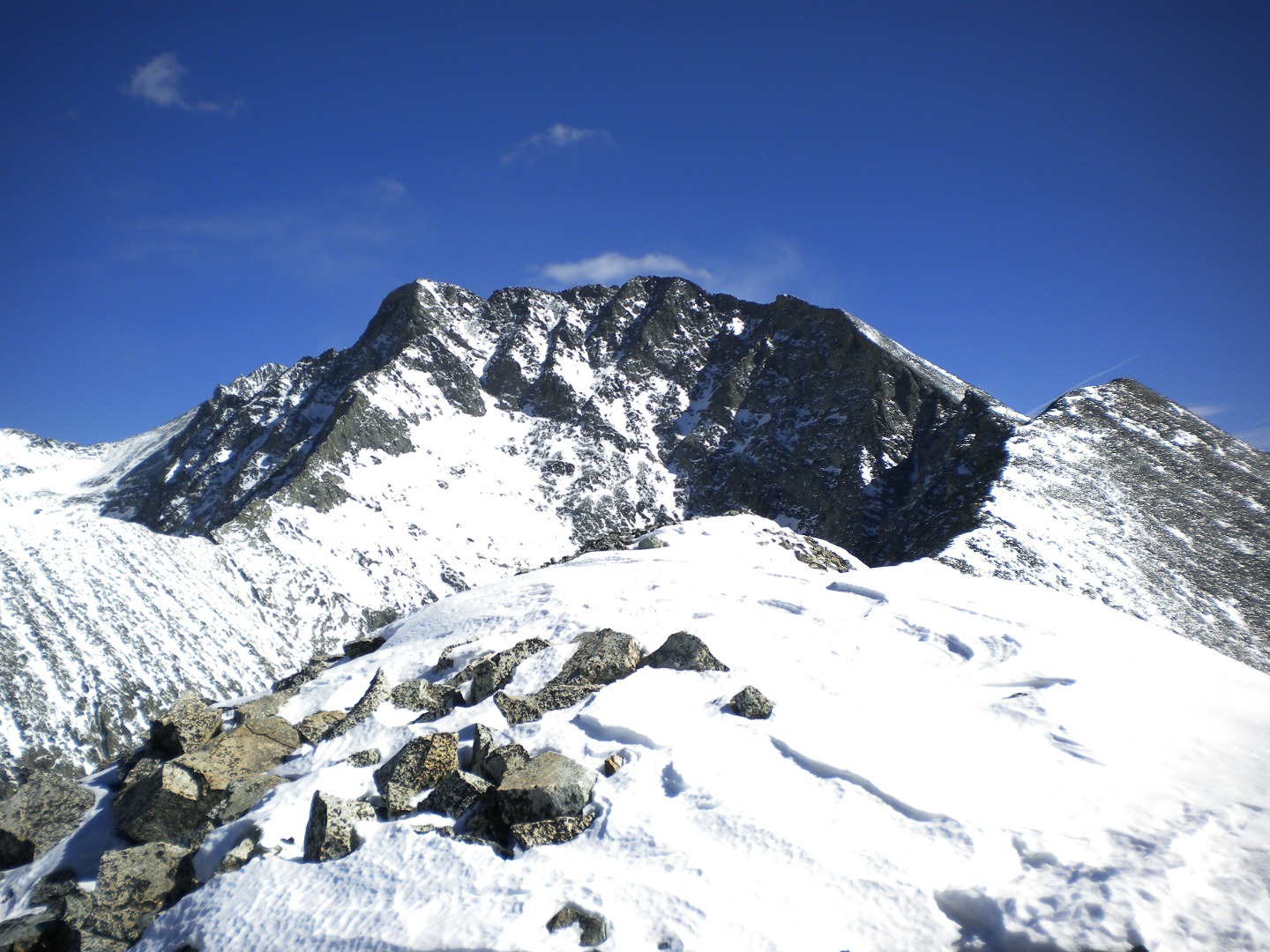 The Lowdown: Access to Little Bear Peak — which is often considered one of the hardest and most dangerous fourteeners in Colorado — is almost as tough as the climb itself. Lake Como Road — considered the toughest 4WD road in the state — will get you to the trailhead. Most vehicles will have to park at the bottom of the road, but for those lucky enough to have a modified 4WD vehicle, you can cut your mileage down to as few as 3.5 miles round trip! 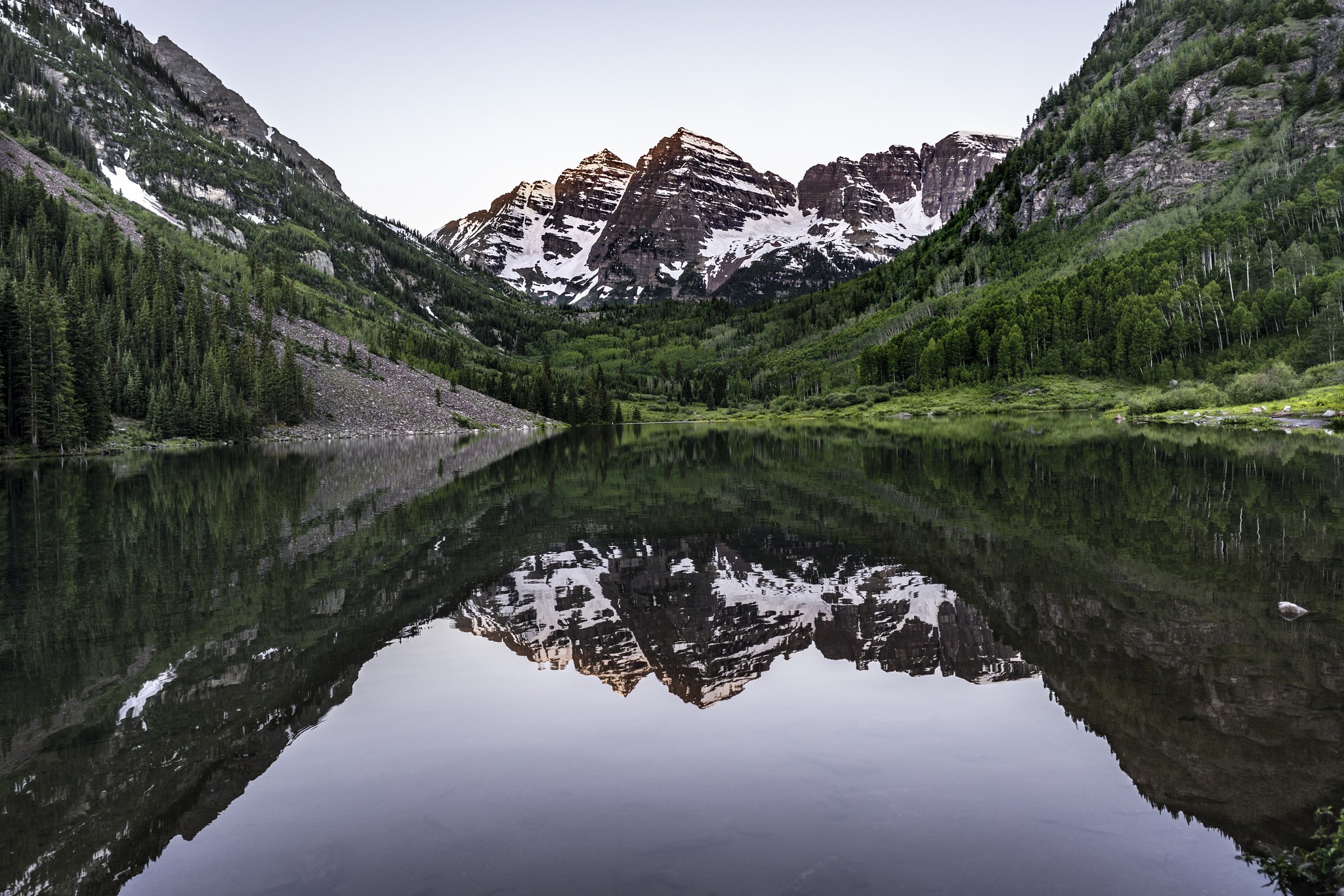 The Lowdown: The Maroon Lake valley probably ranks among the top photographed spots in the entire state and one look tells you why: no matter the season, the valley, ringed by the Maroon Bells, is incredibly beautiful. The area draws its fair share of visitors, but the steep climb and route finding required to summit the “Deadly Bells” — though not as deadly as the name implies — means chances are good you’ll have the trail to yourself. 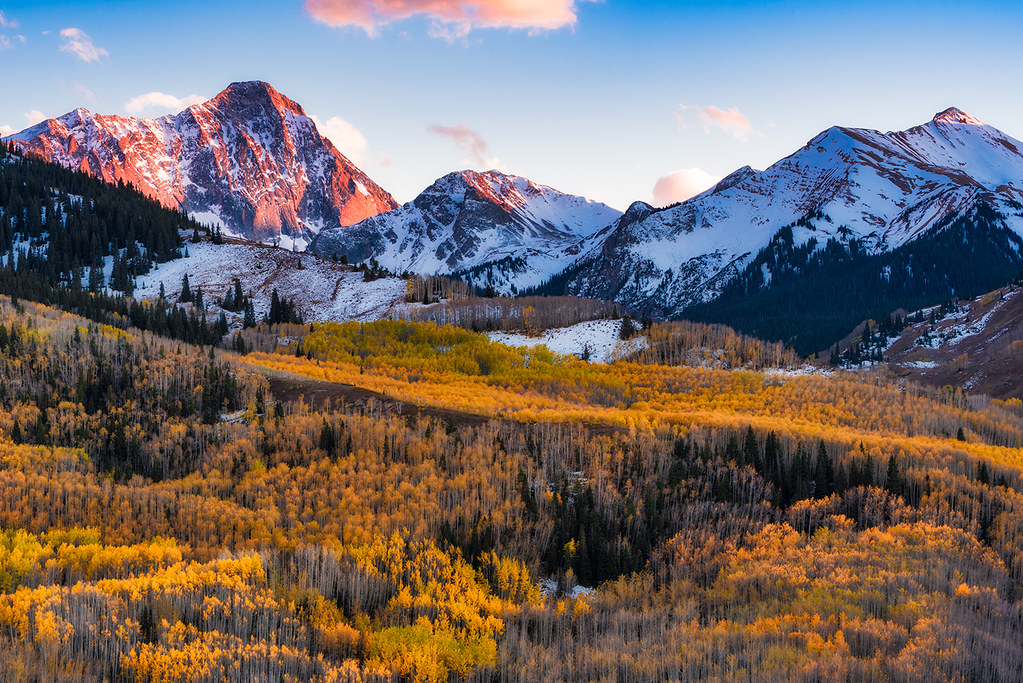 The Lowdown: Going for the summit of Capitol Peak is not for the faint of the heart. Its infamous Knife Edge makes for a daunting route to and from the top, but don’t let the drop intimidate you. The climb isn’t as bad as it looks. If heights are anxiety-inducing for you, as they say, just don’t look down and remember it’s ok to take it slow. Many groups split the round trip trek into two days. 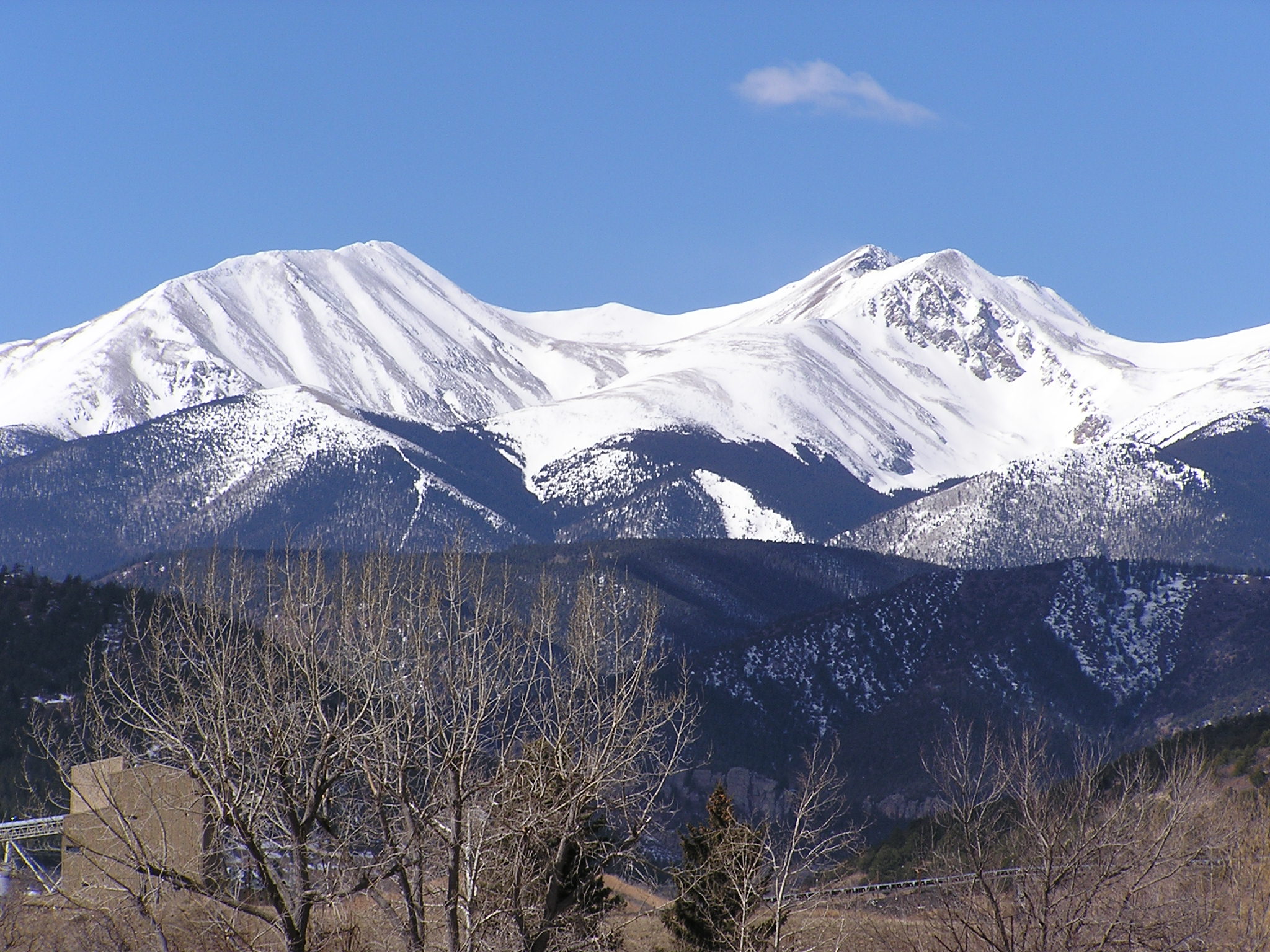 The Lowdown: Culebra Peak isn’t the most challenging fourteener to tackle, but its interesting and controversial history has kept most hikers away. One of the oldest recorded peaks in Colorado — documents mentioning the mountain date as far back as 1694 — Culebra’s trail has tracked across private property for 140 years. That means up until 2004 there was one weekend out of the year when only Colorado Mountain Club members had access and even today the landowner’s require a fee to reach the summit. 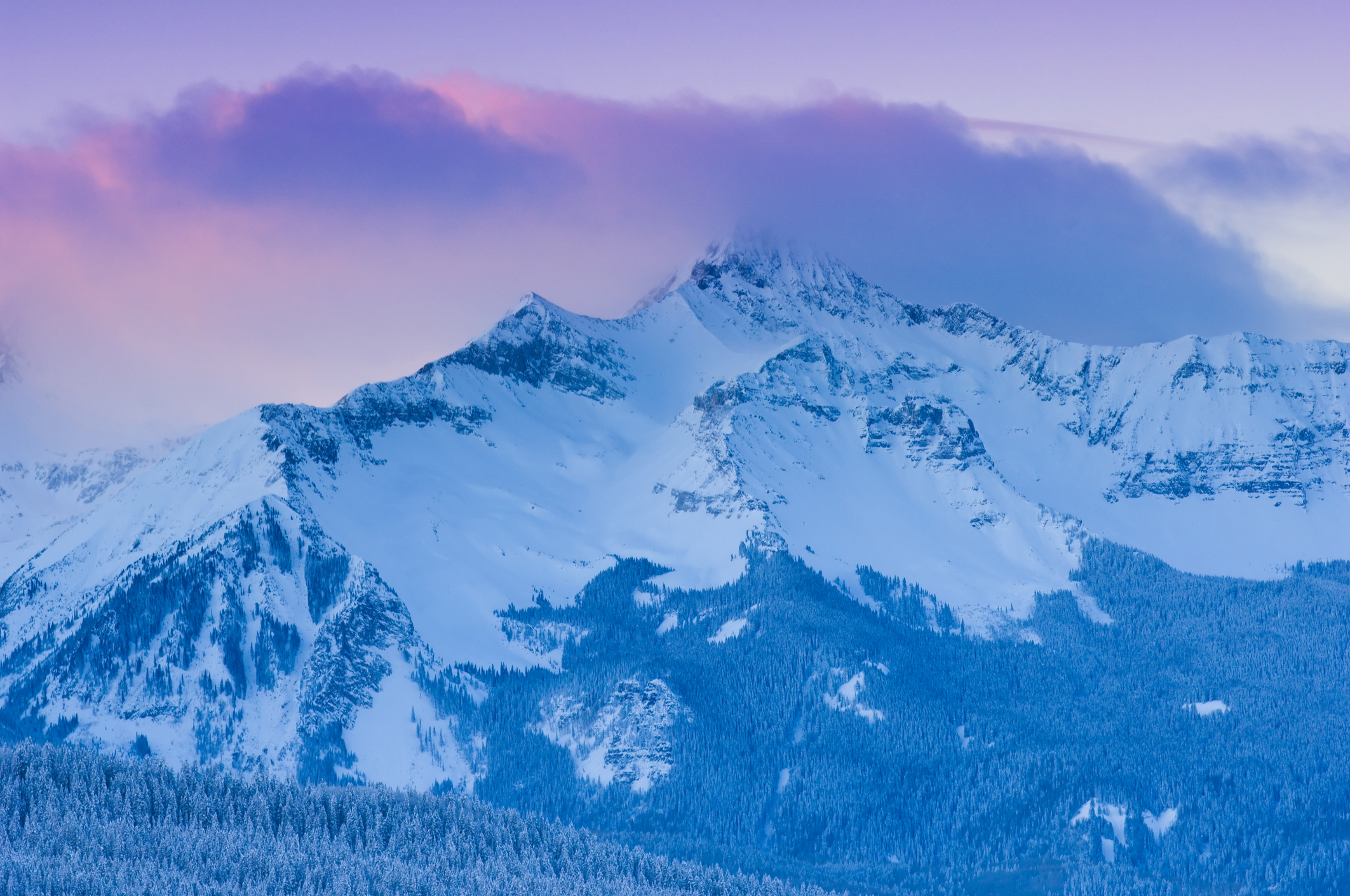 The Lowdown: The profiles of Colorado’s fourteeners are represented in everything from promotional material for tourists to the symbol on our state quarter and Wilson Peak is no exception. The mountain’s stature compared to the other peaks around it led to Adolf Coors choosing the peak’s outline in 1873 to serve as the image for his new beer. As far as climbing goes, Wilson Peak is the easiest of a trio of fourteeners — which also includes nearby El Diente Peak and Mount Wilson — known as “The Wilsons.” 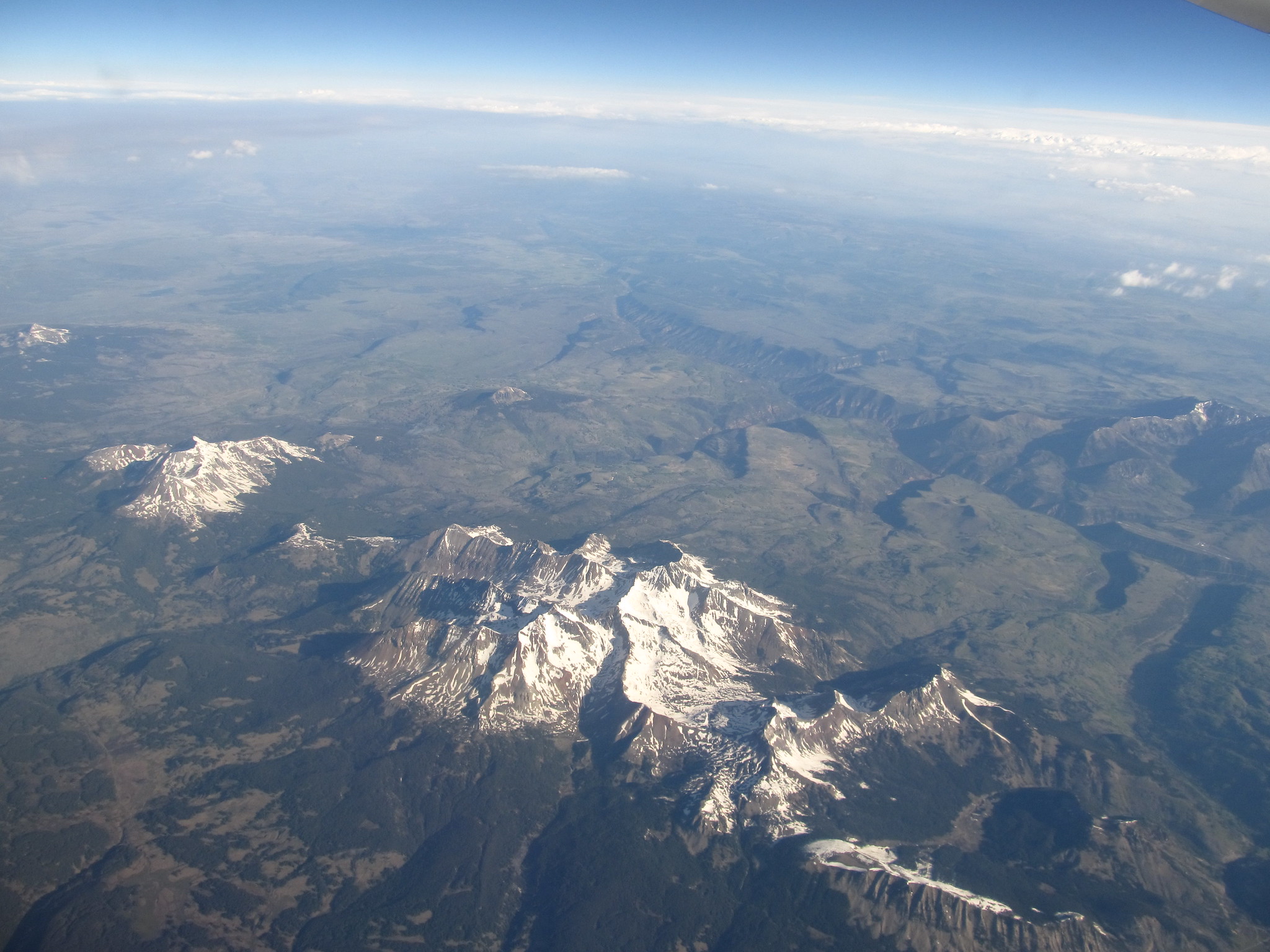 The Lowdown: As one of the three peaks that make up “The Wilsons” trio, it isn’t unheard of for adventurous hikers on this trail to try to take on Mount Wilson’s neighbors — Wilson Peak and El Diente Peak — in one go. The trek makes for a productive day for anyone trying to tick off all 58 fourteeners, but it also makes for a long one. Reward yourself with a post-hike treat at nearby Telluride’s Steamies Burger Bar — recently awarded the honor of Colorado’s Best Burger. 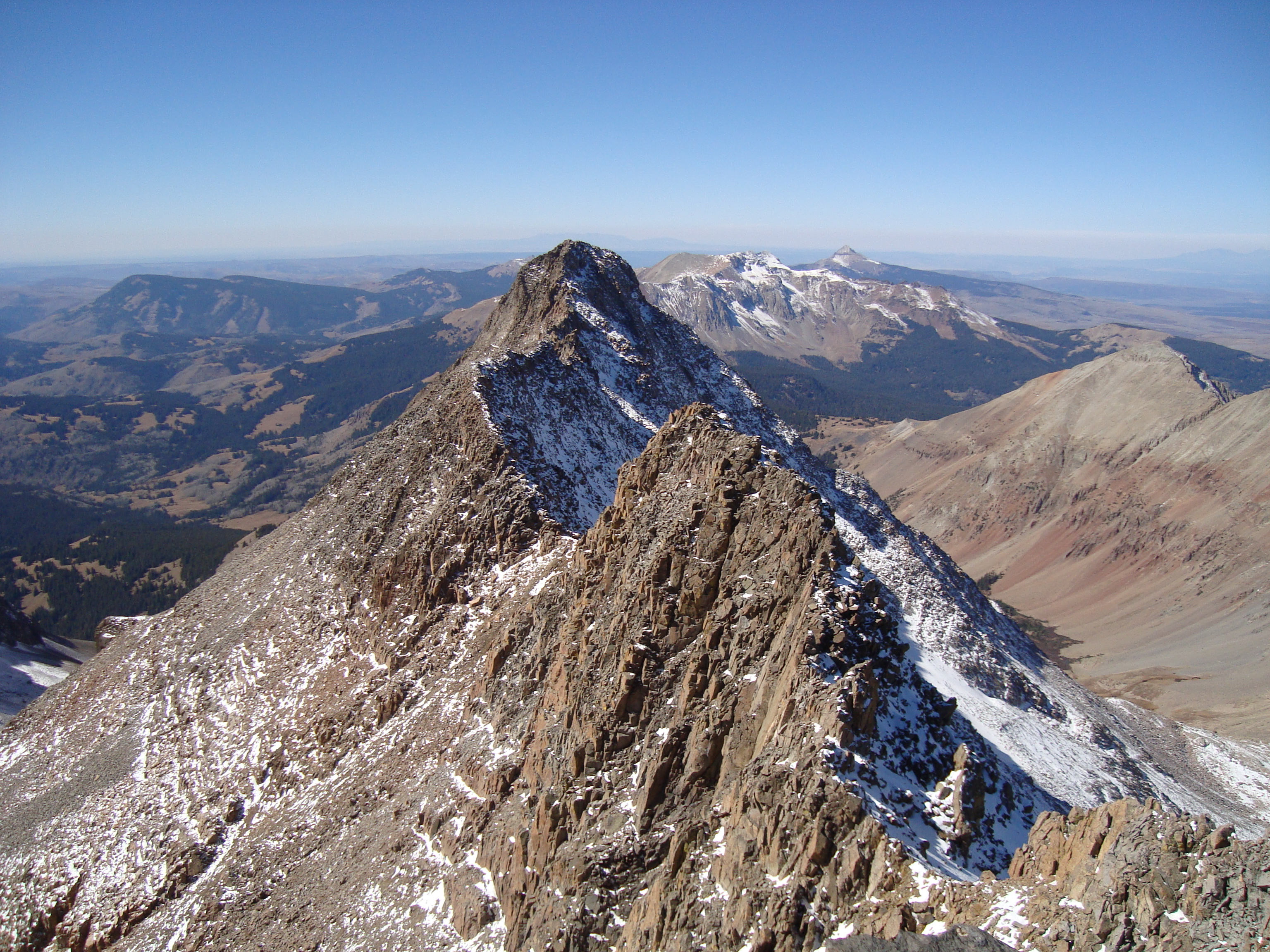 The Lowdown: El Diente Peak is known for a couple of unique things. First, it’s the western-most fourteener in the state meaning it’s also the furthest from Denver. Second, its status as an independent peak is highly debated. Sitting only about 0.75 miles from Mount Wilson, some people define El Diente as a sub-peak. Either way, if you make the climb to its highest point, you’ve earned the checkmark on your list. 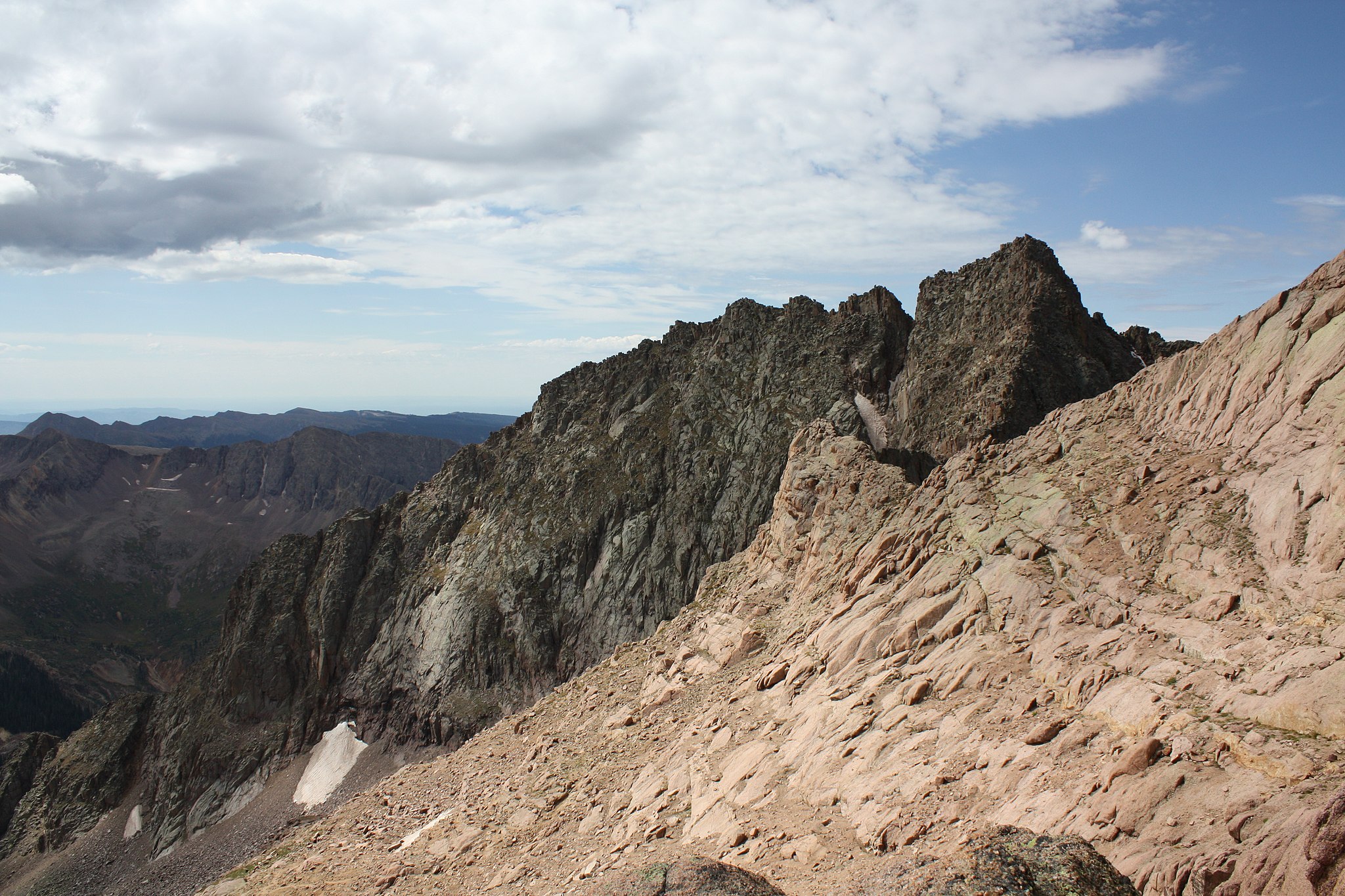 The ridge from N. Eolus over to Eolus. Photo by Robert Tadlock

The Lowdown: The hike up Mount Eolus is about much more than just summiting as simply reaching the trailhead gives hikers the opportunity to tick off two of Colorado’s must-see sights. The easiest way to reach the trail is from the Needleton stop along the Durango and Silverton Railroad. If leaving from Silverton, you get the chance to drive the “Million Dollar Highway” from Montrose to Silverton to reach the station. Our advice, don’t just set your sights on the destination. Make a whole trip of it. 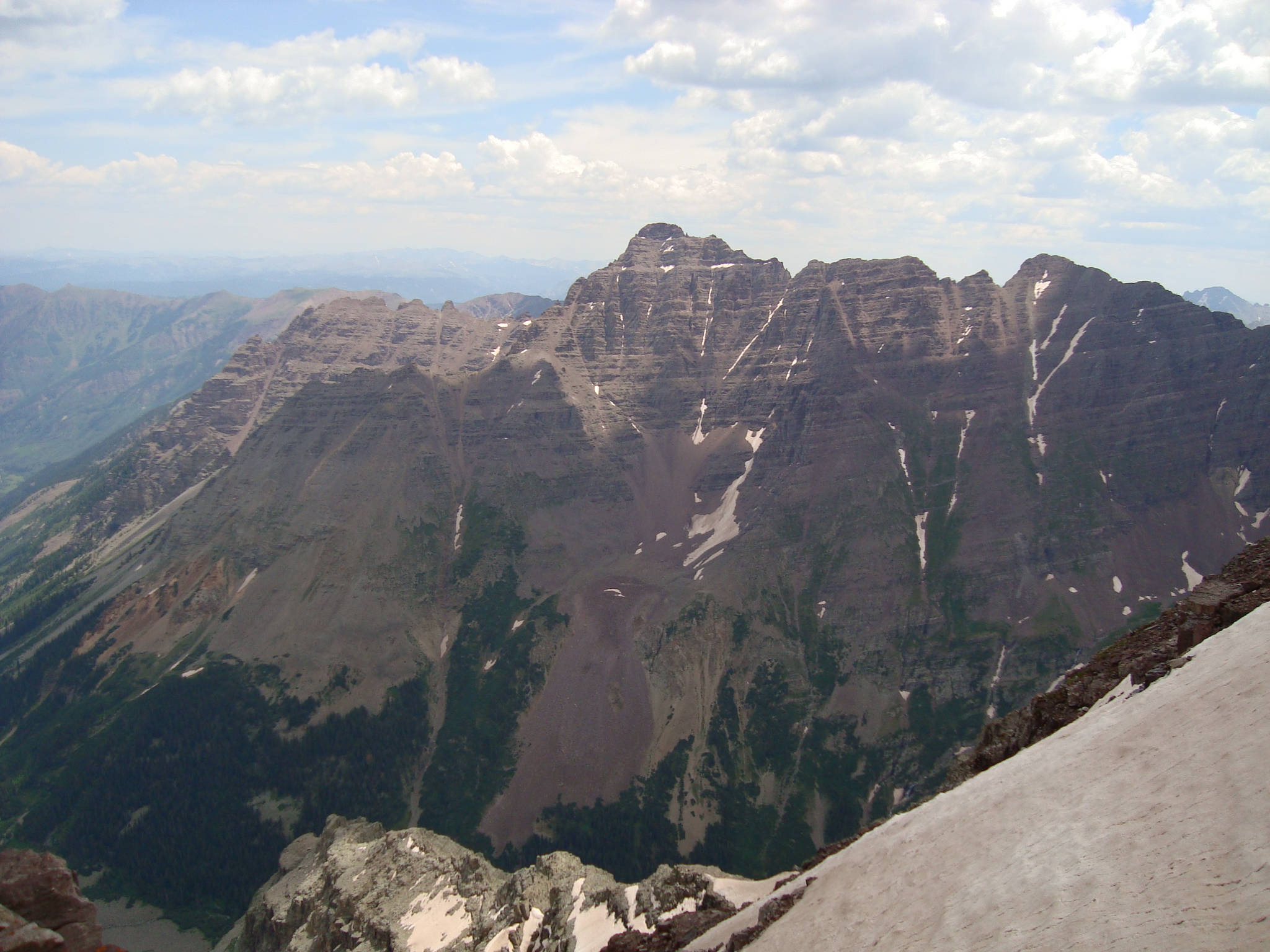 The Lowdown: It seems most peaks get their names for fairly obvious reasons and if you get a look at Pyramid Peak from the north its name will make perfect sense. If escaping the crowds is your sole purpose for heading up the mountain Pyramid has an extra traverse for you — the Thunder Pyramid Traverse — that will also tick off a few thirteeners along the way — Thunder Pyramid, Lightning Pyramid, Len Shoemaker Peak and a fifth unnamed point. 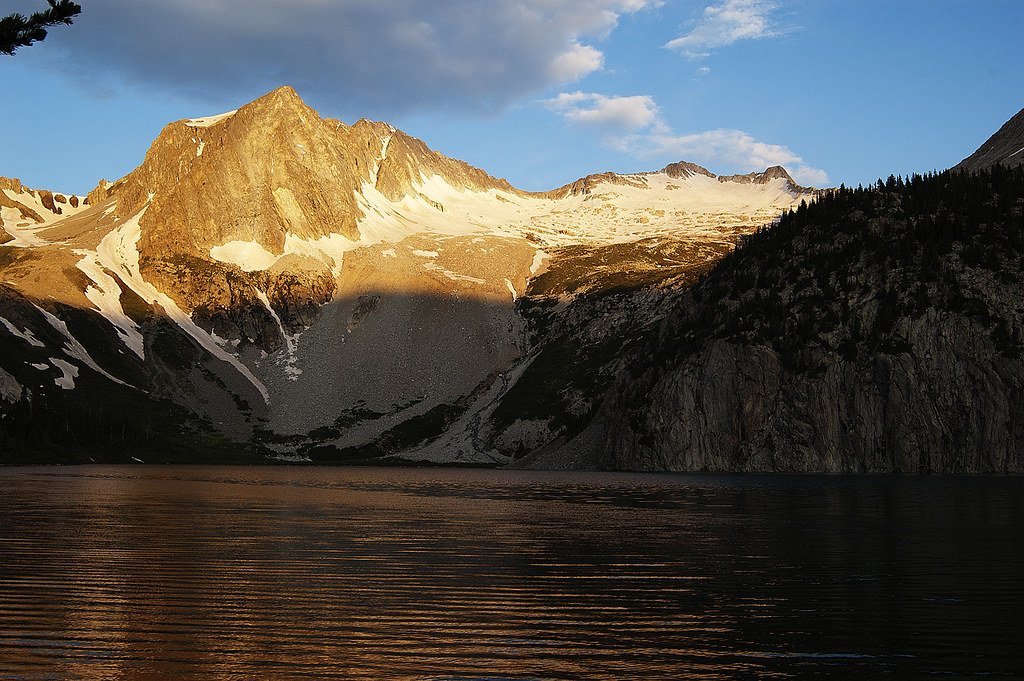 The Lowdown: Snowmass Mountain is about as remote as fourteeners get. You can’t see the mountain from any roads or towns and to reach the base alone is nearly an 8.5-mile trek, hence the 20-plus round trip mileage. It’s recommended to turn this mountain into an overnight backpacking trip. If you’re looking for a real backcountry experience take on the “Four Pass Loop” route which takes hikers over two 12,000 foot passes each direction. An overnight trip won’t quite cut it on that route. Most hikers take about 5 days. 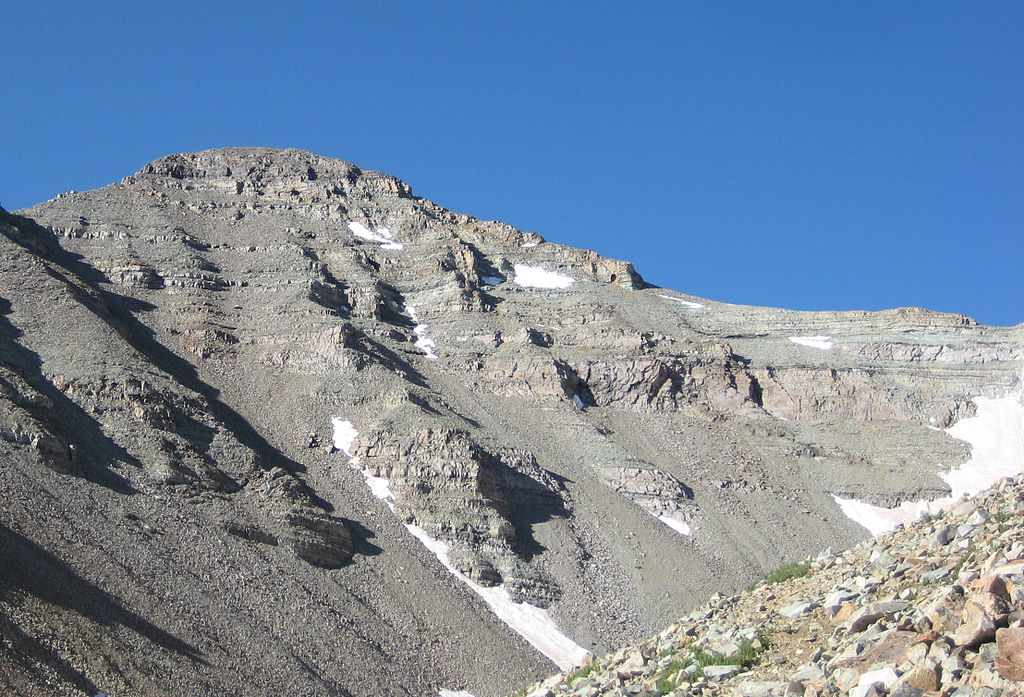 The Lowdown: Like Eolus, it’s worth planning a trip based around more than just summiting Castle Peak if this mountain is the next on your list. For starters, once you reach the top of Castle it’s a short hike over to the top of Conundrum Peak so you can cross off two fourteeners in one day. But if you plan your route right you can also make a stop at Conundrum Hot Springs on your way up or down. Really, though, who wouldn’t want to soak their sore muscles in a hot spring after a trek like that? 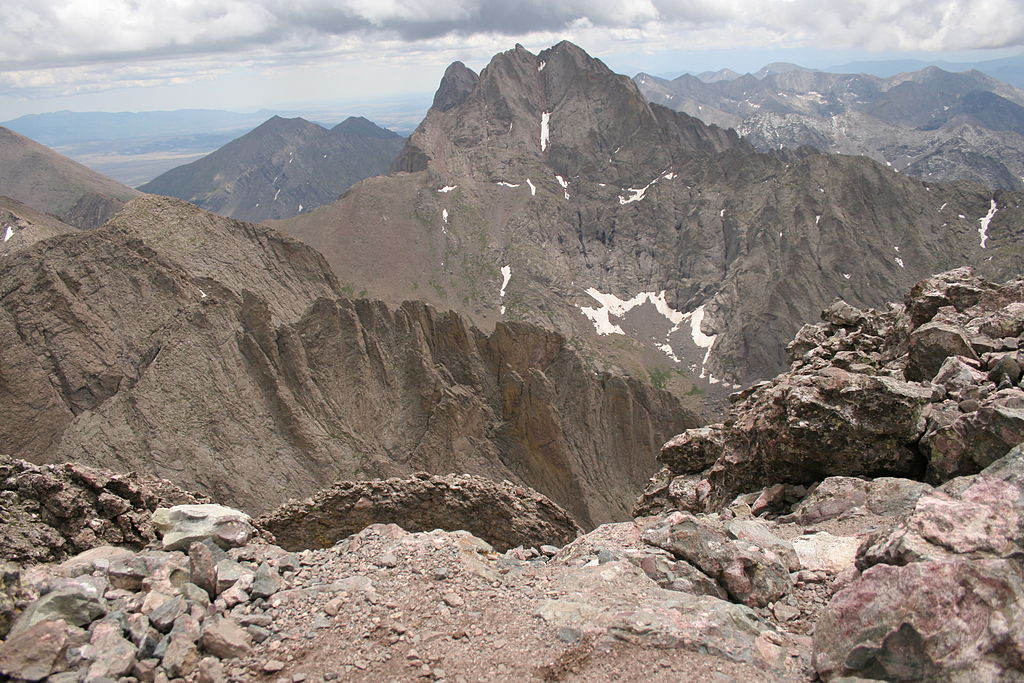 The Lowdown: Once thought impossible to climb, the route up Crestone Peak — the seventh highest in Colorado — is a winding, indirect path with a mix of fluctuating elevations and steep climbs. As one of the last fourteeners to have hikers strive for the top, reaching the summit and even the trailhead is a true challenge that requires a serious commitment. But the challenge of the trek matches the satisfaction of the summit and the ever-calling elixir for peak baggers.