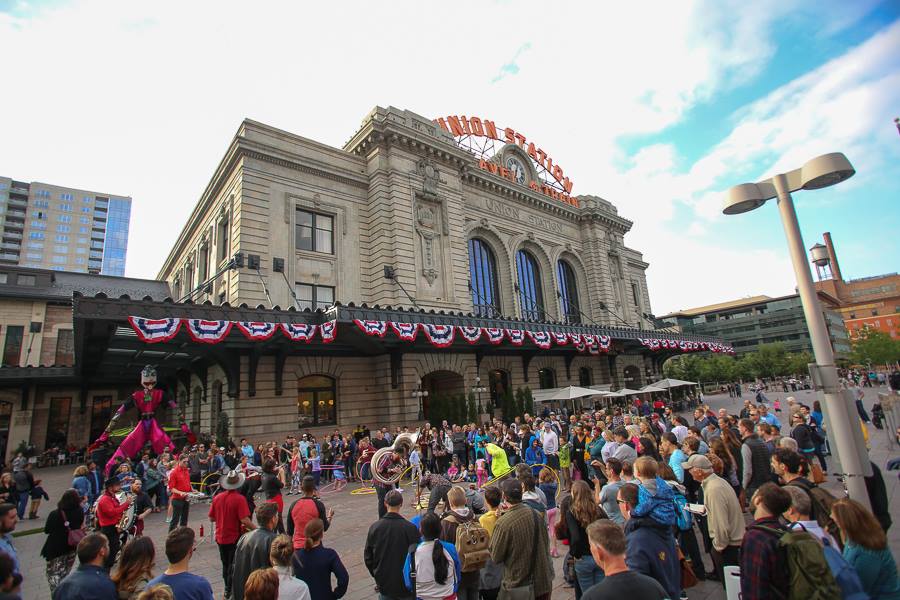 The festival – originally created by award-winning preservationist Dana Crawford – has hosted hundreds of buskers from around the globe bringing their wild and amazing talents to Denver since 2016.

This year you can see performances from street artists including Peter Rabbit – a dynamic drummer that takes on multiple instruments; Sam Malcolm Comedy Juggling All Star – a stand-up comedian that doubles as a juggler; Street Circus – a duo that showcases grandiose circus acts and Tianna the Traveller – an international stuntwoman who performs crazy escapes and dangerous feats – not for the faint of heart.

The festival is free and open to the public, however, donations are welcome and encouraged for Busker performers. Buskers often rely on donations to make a living as they travel the world in a nomadic lifestyle to entertain.