Back in January, a new iteration of legendary punk band Black Flag announced they would return to the road for the first time in over half a decade. Originally hailing from Los Angeles, Black Flag formed in 1976 under the tutelage of Greg Ginn, whose distinct, jarring, discordant style on the guitar rose to prominence and influenced a generation of punk rock musicians. Ironically, Ginn played the guitar in a way that made up for the fact that the band struggled to find a reliable bassist, a problem they still occasionally face today. Black Flag makes a stop on their tour here in Denver at the Oriental Theater and this is one show too entertaining to miss.

After splitting in 1986, Black Flag members first reconvened in 2003 with Ginn alongside one of the band’s early vocalists, Dez Cadena. Cadena first joined Black Flag in 1980 when the former vocalist, Ron Reyes, quit the band mid-performance at a gig in Redondo beach. However, Cadena wore his vocals out quickly and preferred guitar over singing anyways, so the band recruited none other than Henry Rollins to join on vocals. Black Flag went through many different bassists and guitarists as they picked up steam in the ’80s punk rock scene, swapping out musicians for nearly every album and tour until disbanding the first time in 1986. Some of their losses, however, were to due to circumstances outside of their control. In 1982, their drummer Robo, who is Colombian, was detained by UK Customs and unable to return with the rest of the band, putting a brief hiatus on touring for Black Flag.

The reunion in 2003 included drummer Robo and bassist C’el Revuelta and was short-lived, lasting only until 2006. However, the second reunion, revived in 2013, has proven steadfast and includes a line-up of Greg Ginn on guitar, Mike Vallely on vocals, Tyler Smith on bass and Isaias Gil on drums. Mike Vallely, in particular, has an intriguing background. A professional skateboarder, he has appeared on the cover of Thrasher magazine, and also appeared in various Tony Hawk video games. He’s also an actor, and his IMDb credits include The Hangover and Paul Blart: Mall Cop. 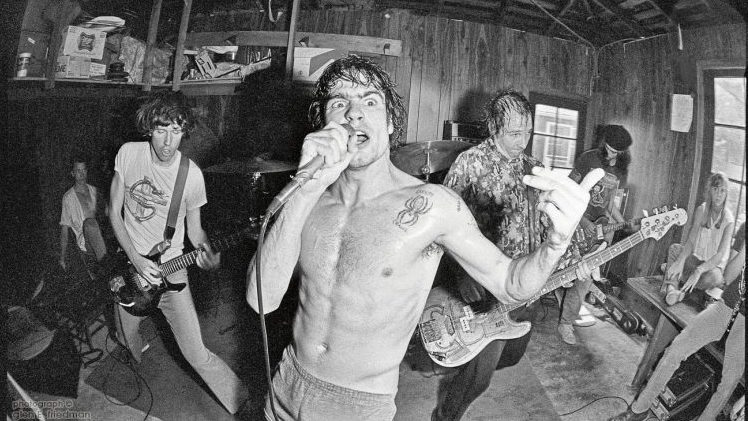 Ginn has remained guarded around Black Flag for most of his career, at one point suing other band members for the rights of the band back in 2014. He has been a part of the band, and the lead musician, manager and songwriter, since its incarnation. His performances are said to be wild and energetic, on par with ’80s southern California punk musicians — Black Flag doesn’t seem to run out of steam, even decades later. It’s a shame that Henry Rollins couldn’t join for this tour, but a performance with these fresher musicians and the band’s sole founder should make for a wild, thrashing night.

Phoenix-based ska-punk band The Line Cutters will open for Black Flag. A young punk trio, Line Cutters sound a bit like the Misfits fused with the Offspring, playing fast and hard with the familiar three-chord structure often found in punk music.

Black Flag plays at the Oriental Theater on August 28. The show is all ages, and doors open at 8 p.m. Tickets are available here.