A Ping Pong Tournament is Coming to Denver This August

Get your paddles primed and ready for Table Tennis X (TTX) Smash Street Denver. On August 24 you can take part in a ping pong tournament created by Two Parts Denver and International’s Table Tennis Federation. TTX is a wild and unpredictable form of table tennis that is time-bound – which increases the intensity of the game. You can play it freestyle, score extra points with “wildcards” and more.

The tournament will take over the intersection of Walnut Street and Broadway with a chance to go up against over 500 other competitors – so make sure your ping pong skills are up to par. You can play on more than 100 tables that will be fancied up by local artists, making the experience a bit funkier. If you are serious about smashing that table tennis game you can to play to win or if you just want to enjoy the experience of the game, you can choose the more relaxed option and have fun with it in a special Smash Alley. The Smash Alley will hold tables that have timers but are not for contestants – just for those who want to try their backhand. 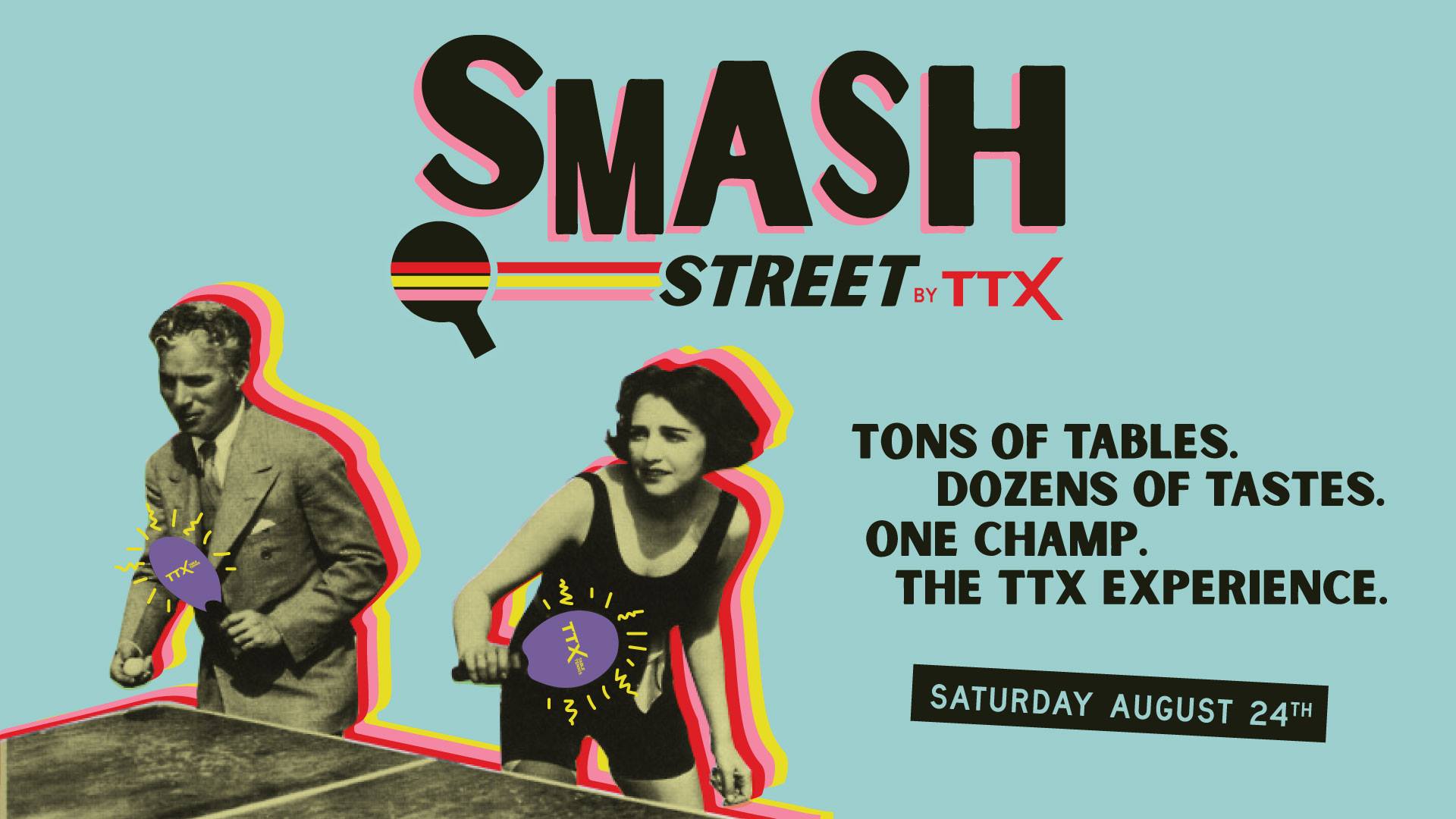 If you make it to the top you can compete within the Smash Tank – a raised platform of tables that will hold the championship match where the winner will be crowned and take bragging rights.

Smash Street will also feature cool libations to sip on at a Smash Lab, delights from food trucks to fuel your sporting adventures and live music to keep you pumped and ready for more action as you go through each round. The best part about the tournament? If you beat out all of the competitors to take the title you can win a trip to the Table Tennis World Championship and have a chance to hit a couple of ping pong balls around the world champion themselves.

More information about the event here.