Review – Trampled By Turtles Gave Red Rocks A Taste of Everything

Denver bluegrass fans survived another trampling on Wednesday night, by none other than Minnesota’s favorite quintet, Trampled by Turtles. The group, who at this point is no stranger to the big stage at Red Rocks, claimed the spotlight of the night after their supporting acts The Dead South and Deer Tick heated up the already scorching evening.

Trampled by Turtles has been busy since their hiatus after 2014’s Wild Animals. Their latest release, 2018’s Life is Good on the Open Road returned the band to the sound they had gained their following with, and Colorado fans rejoice to have them on their yearly summer roster at the greatest venue in the world. Wednesday night’s show entertained a threat of rain, but once The Dead South and Deer Tick had wrapped up their jams for the evening, the skies were clear and the seats were dry for the main act. 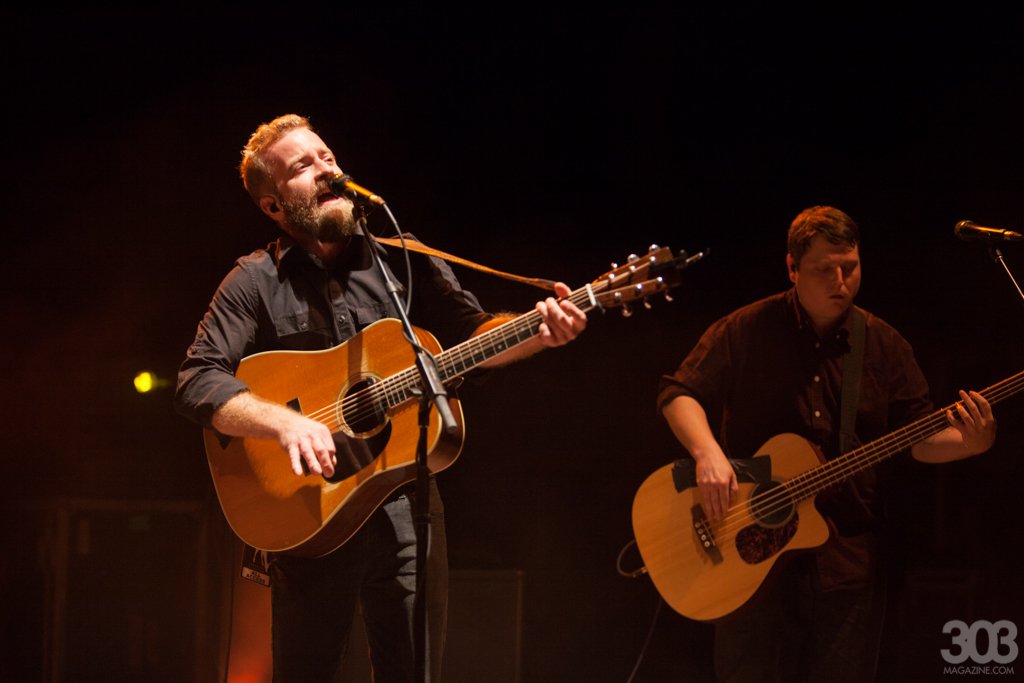 The band trodded onto the stage in the dark around 9:30 p.m. as a side group of musicians began to idly play. They kicked things off tenderly with “Midnight on the Interstate” — a fan-favorite track from their 2012 release Stars and Satellites. Frontman Dave Simonette looked every bit as Colorado as he could in boots and a cowboy hat as he belted his lyrics. “Valley” redirected the fresher songs back to the 2007 album Trouble, proving that the oldies never die.

“I would like to thank The Dead South and Deer Tick for being here with us,” said Simonette. “I know their performances were my favorite of the year so far.”

However, if you thought 2007 was the end of this way back Wednesday, the boys had other plans. An absolutely eruptive “Codeine” (from 2005’s Blue Sky and the Devil) jolted the audience up out of their chairs and comfort zones, creating a mass hysteria of jumping bodies and outrageous dance moves.

Trampled continued to dance around their eight studio albums, jumping from “Victory” off of 2010’s Palomino, up to “The Middle” from last year’s Life is Good on the Open Road and back to Palomino’s “New Son/Burnt Iron.” The last being a true treat to fans, as the track is an instrumental number written by mandolin player Erik Berry and features his talents heavily.

Trampled’s 2008 cover of the age-old folk track “Shenandoah” — featured on Duluth — made a special debut including Rich Mattson, who performs on the recording with Simonette. “Widower’s Heart” slowed the tempo down and brought out the lover in all of us before the pace took off intensely for “White Noise” and “Burn For Free,” the latter of which can get any seated being with ears to react. “Empire,” the highly adored “Wait So Long” and a few other tracks brought the set down to completion, and while it is not probable to play their entire discography, the band righteously gave every part of their collection a turn.

Trampled by Turtles never stops short of amazing, gifting their fans with their shredding powers and dedication to impossibly quick, entirely satiating tunes that create enough emotion to dance party alone, linked in arms with your closest friends or with 10,000 strangers at Red Rocks. Their repeated showcase of talent has earned them a yearly spot on the calendar at the world’s premier spot for music and no one is complaining.