The last few years have been somewhat tumultuous for indie folk-pop band The Head and The Heart. The Seattle-based group formed a decade ago and has spent an impressive amount of time playing shows on the road. From getting their start playing bars across the Pacific Northwest to topping the charts, it seems as though The Head and The Heart is here to stay — however, no journey is without its speed bumps or detours. The Head and The Heart has been on a bit of a hiatus for the last few years, during which they’ve lost members to things like tour burnout and addiction. However, the indie group is nothing if not determined. They released their fourth album, Living Mirage, earlier this year and set off on tour following the album release — including two nights of shows at Red Rocks, which concluded on Thursday night.

Originally billed to play one night at Red Rocks, tickets for the show sold so quickly that they added a second date. However, with both shows selling out, Denver clearly wanted more — and after their performance at Red Rocks it’s easy to see what fans were excited about. With a decade of touring experience under their belt, it’s expected that The Head and The Heart puts on a good show. However, we weren’t prepared for just how good their Red Rock’s appearance would be. 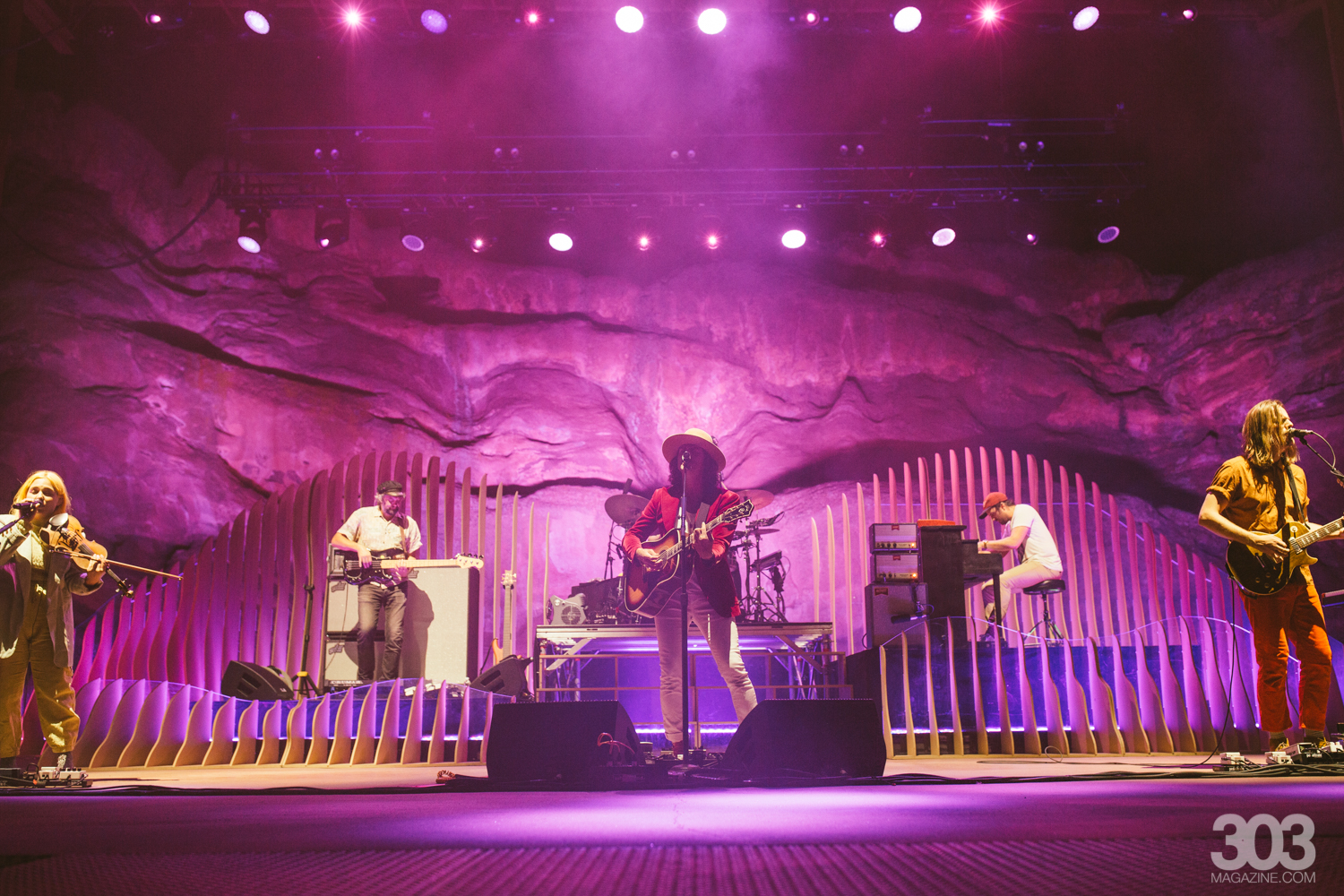 Minnesota band Hippo Campus kicked off the evening with a lively set. Much of the audience was filled with fans who seemed to be there just for the opener. The indie-rockers took their place center stage and the dancing commenced immediately — and it never stopped. While their set was not their first time playing the iconic outdoor venue, the magic of Red Rocks was not lost on Hippo Campus. “This is the best fucking venue on the planet,” vocalist Jake Luppen told the crowd before playing the final songs of their set.

The air was electrified with anticipation as the lights dimmed The Head and The Heart took the stage. Once the band took their places on stage and began to sing, the audience’s voices filled the turning the evening into one hell of a sing-a-long. After the first song, vocalist Jonathan Russell found his way off the stage, making his way through the lower rows of Red Rocks, high fiving fans as he went. 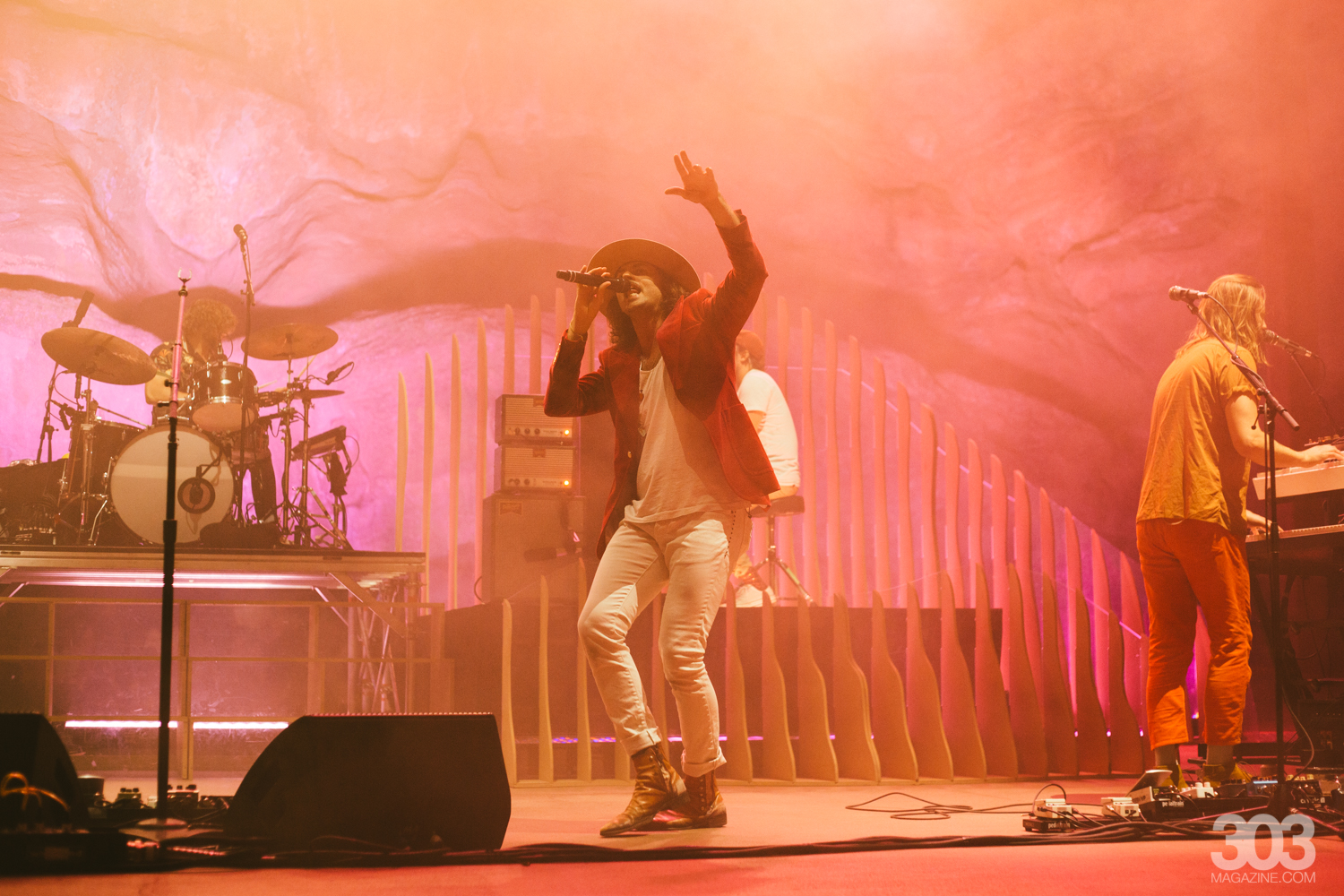 Throughout the evening, the band continued to find opportunities to connect with fans. They took time to dedicate a song to a few of their close friends — telling the audience that they were a major reason behind the creation of their most recent album. They also took time to discuss the magic of Red Rocks — particularly how it gives bands an opportunity to look up at the audience, a playing experience unique to the venue. “It’s a very humbling experience,” violinist and vocalist Charity Rose Thielen told fans.

The Head and The Heart played a variety of songs, performing fan favorites from each of their four albums. During their performance, including the pauses between songs, it was clear that every lyric they sang and every story they told to the audience came directly from the heart. The night finally came to a close with a pitch-perfect performance of “Rivers and Roads.” Thielens’ voice carried over the rocks, captivating the audience for the final time that evening. After two nights of filling Red Rocks with all the love in their hearts, The Head and The Heart thanked their fans for a magical evening — one that we’ll always carry in our hearts.

All photography by Bridget Burnett. You can view the full gallery here.