For the last four years Dirty Heads fans have filled one of the worlds most iconic outdoor venues for a taste of just how sweet Summer can be. The reggae-rock group found themselves on a quick rise to the top of the scene following the release of their 2008 hit “Stand Tall.” Since then, they’ve released quite a few more successful singles and made a habit of selling-out Red Rocks. They continued their summer tradition of Red Rocks shows with another appearance and the iconic venue Tuesday night.

Bikini Trill opened the evening, followed by Dreamers – a band that claims plenty of airplay on local radio stations here in the Mile High and proved to be a crowd pleaser. Though the night was still young, when the alt-rockers took the stage, there were few seats left open for fans who were still pouring into the venue. Dreamers played favorites from their first album as well as some fresh tunes off their most recent album, LAUNCH FLY LAND, which was released earlier this year. As fans grooved along to the music throughout the venue, it was clear that Dreamers has a sizeable fan base that was excited to see them play one of Colorado’s most beloved venues. 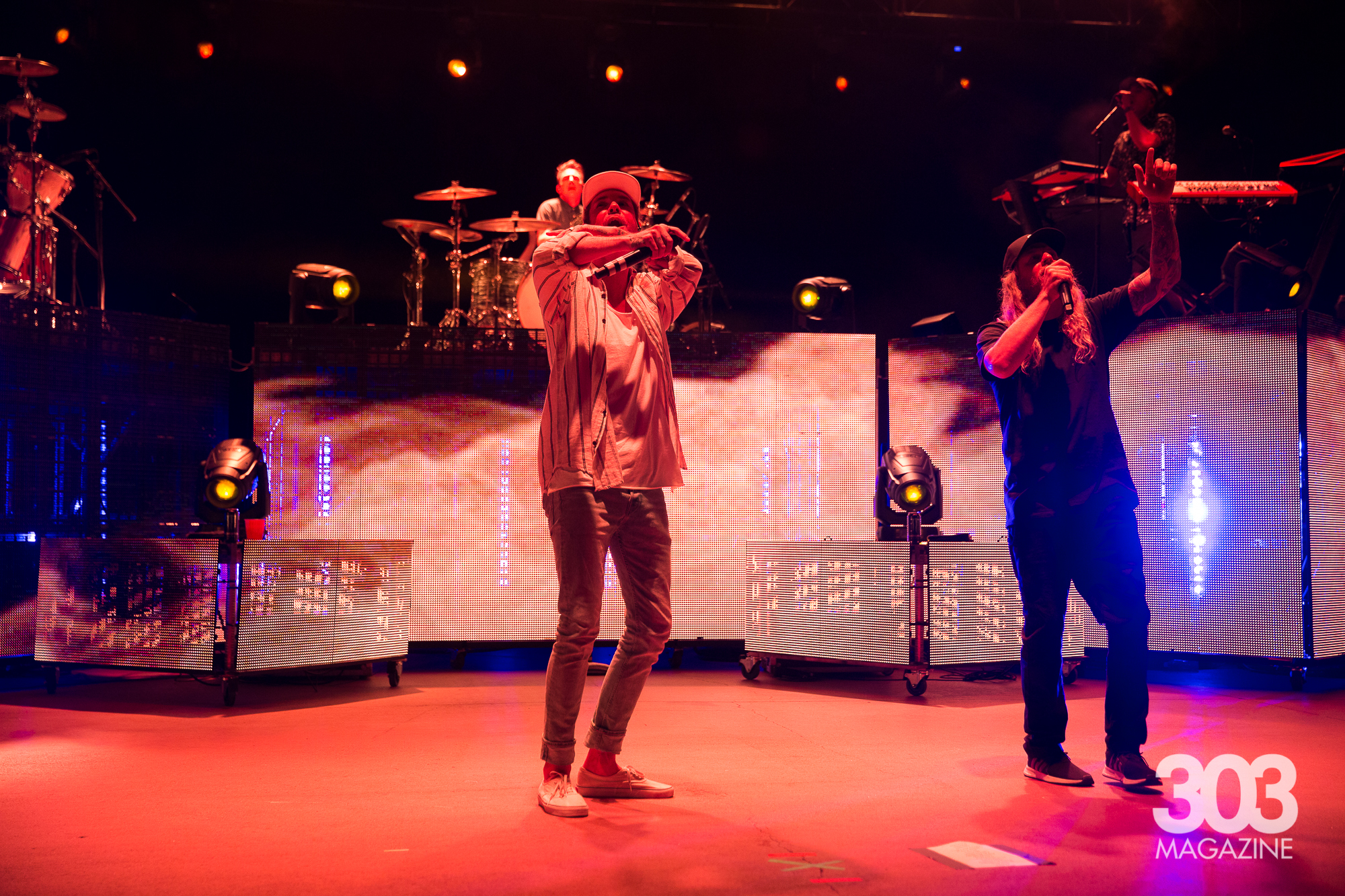 Ska punk band The Interrupters followed Dreamers on stage, with a set that possessed all the hallmarks of the genre. The Interrupters rocked the stage with a high-energy set that never slowed down. While their music can often be political, their performance at Red Rocks proved that they were dedicated to fighting the good fight in whatever capacity they can. Whether that means political lyrics or discussing building community in a more social context, The Interrupters are always on a mission – and at Red Rocks, their mission was to get the crowd excited for the main event. The Interrupters played verses from popular punk songs, and even a few pop hits like “Hey Mickey,” before encouraging fans to go wild. They took a brief opportunity to take a selfie with the audience before wrapping up their set with another high-energy song – leaving fans ready to groove the night away with Dirty Heads.

Dirty Heads took the stage and quickly launched into a set that featured songs from every point in their career. They played some of their early hits, such as “Lay Me Down” and “My Sweet Summer” as well as new favorites like “Lift Me Up,” a track that was released just four days before their Red Rocks’ appearance. With the impressive number of hits in their discography, Dirty Heads kept the crowd grooving all night long. Their funky reggae-rock is a perfect summer soundtrack, and fans were happy to dance the night away. 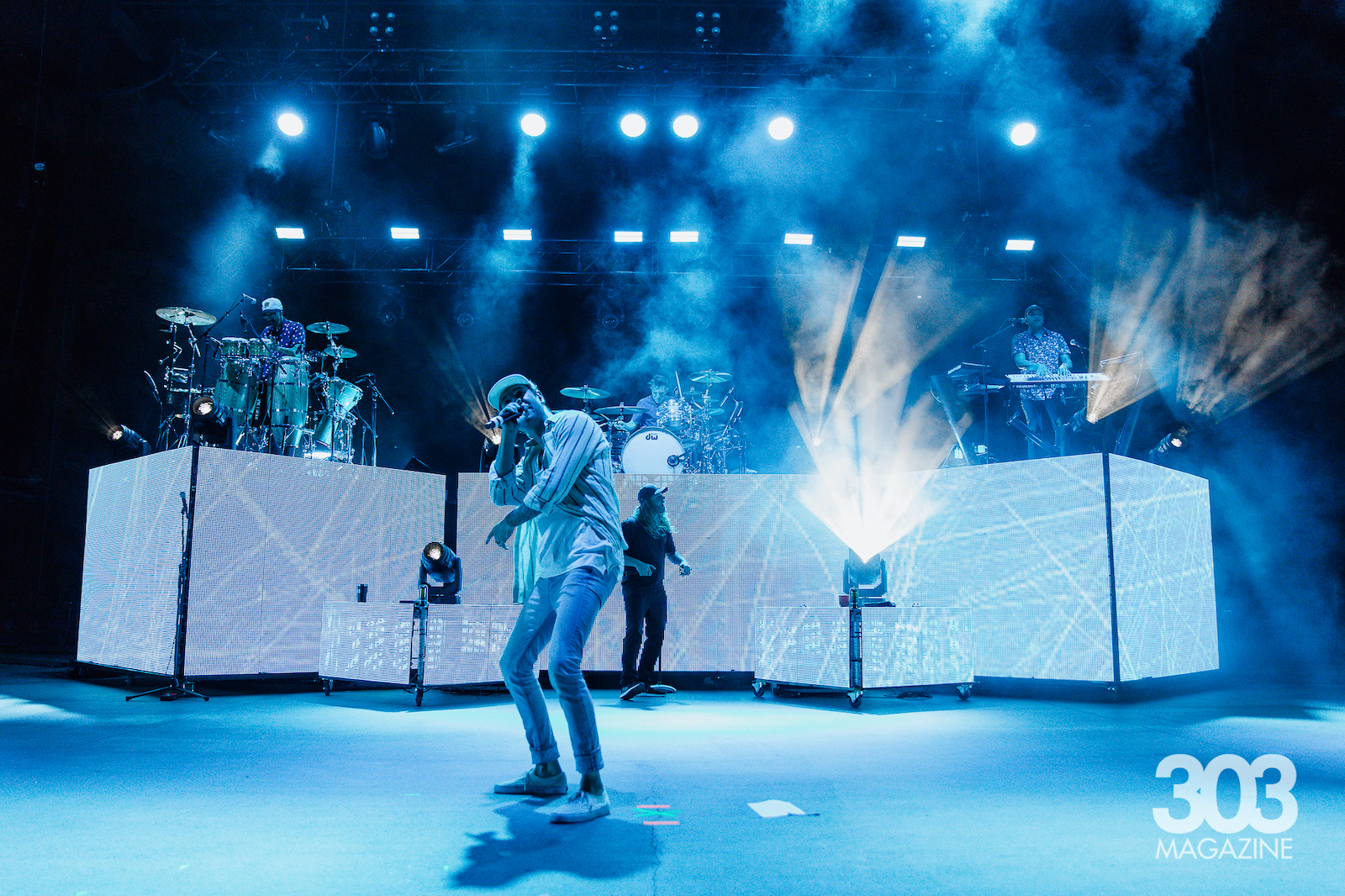 The warm summer air combined with the cool breeze drifting over the rocks was the perfect setting for Dirty Heads to serenade fans with their songs. They closed the night with one of their biggest hits, “Vacation,” much to the delight of fans. When the evening finally came to a close, Dirty Heads left us all hoping for an endless summer – and anxiously waiting for Dirty Heads to return to the Rocks again sometime soon.