As if there wasn’t already a lot to check out at this year’s Underground Music Showcase (UMS), the organizers and outsiders have snuck some hidden gems in and around the festival worth going down the rabbit hole to check out. While there’s always fun to be had in exploring and discovering mysteries first hand, this year, there’s simply too many to take a chance on missing. From Synesthesia’s Cosmic Ball to Rad Dudes’ mysterious debut pop-up show, here is a list of some easter eggs waiting to be discovered at this year’s Underground Music Showcase. 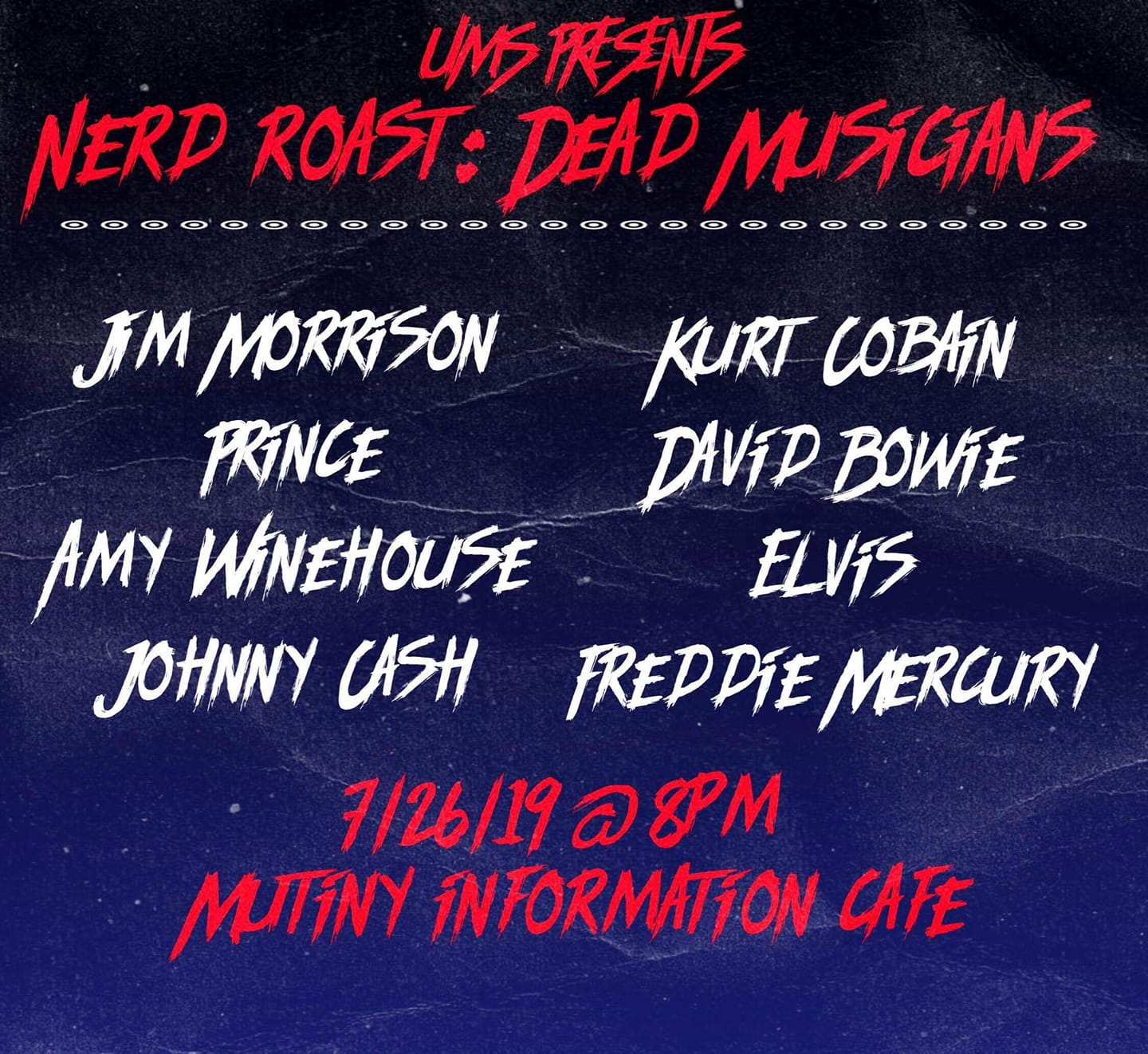 The Lowdown: What’s more humorous than ripping some light-hearted jokes about some of the late but great musicians in the world during Denver’s biggest music weekend? You will surely find out come Friday, July 26 at Mutiny Cafe when popular comedic series Nerd Roast lays down some laughs at a couple of dead musicians’ expense. As one of the precious few comedy programs running at this year’s festival, fans of Nerd Roast and comedy in general for that matter will want to grab a seat and take in some laughs with some of Denver’s burgeoning comedians. Plus at this event, you can spare yourself some mild judgment, as nothing is considered too late or too soon. 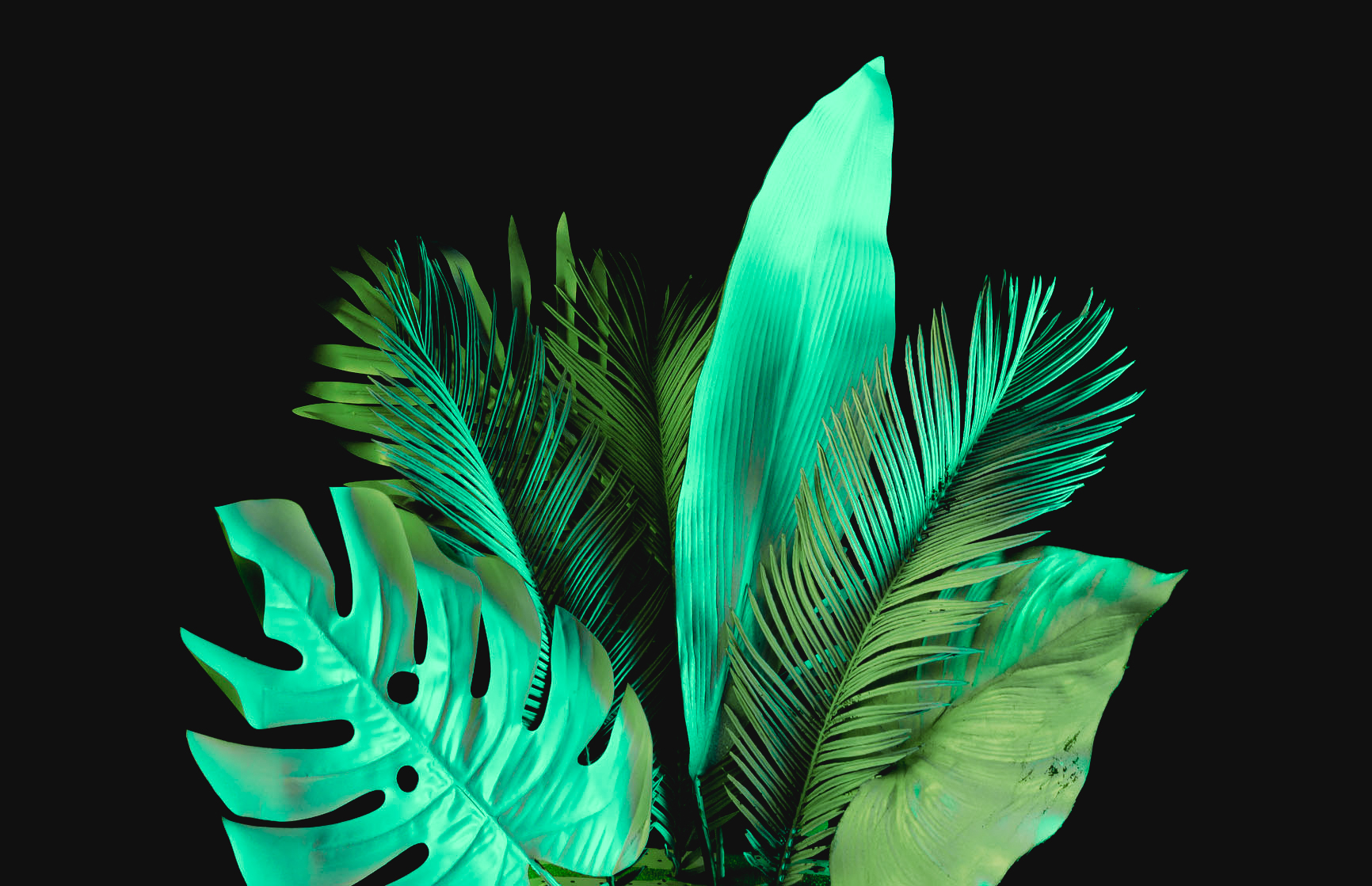 The Lowdown: Down in the basement of 3 Kings Tavern, 303 Magazine alongside Molly’s Spirits and UMS, will pull out all of the stops to make a monochrome disco dream a reality. Featuring an array of local DJs, from Erin Stereo to Levi Double U, art installations and lots of plants and greenery, of course. We will transport attendees to a dancefloor oasis where the funk and groove never ends. There’s one catch, however — The Green Room is password-protected, and the only way to get in is signing up via this link. The most exclusive party of this year will undoubtedly make those who cannot get in green with envy.

The Lowdown: Now in its second consecutive year, Remixed Gifts’ S.U.P.E.R. Party standing for “Secret Underground Party Everyone Rocks” will take over Broadway a storefront with a cluster of Denver favorites. Anthony Rubtak, The Milk Blossoms and Felix Fast4ward amongst others will be posting up and laying down sets of their own in the popular music gift shop. Who knows, you may come for the music and leave with your new favorite musician memorabilia. 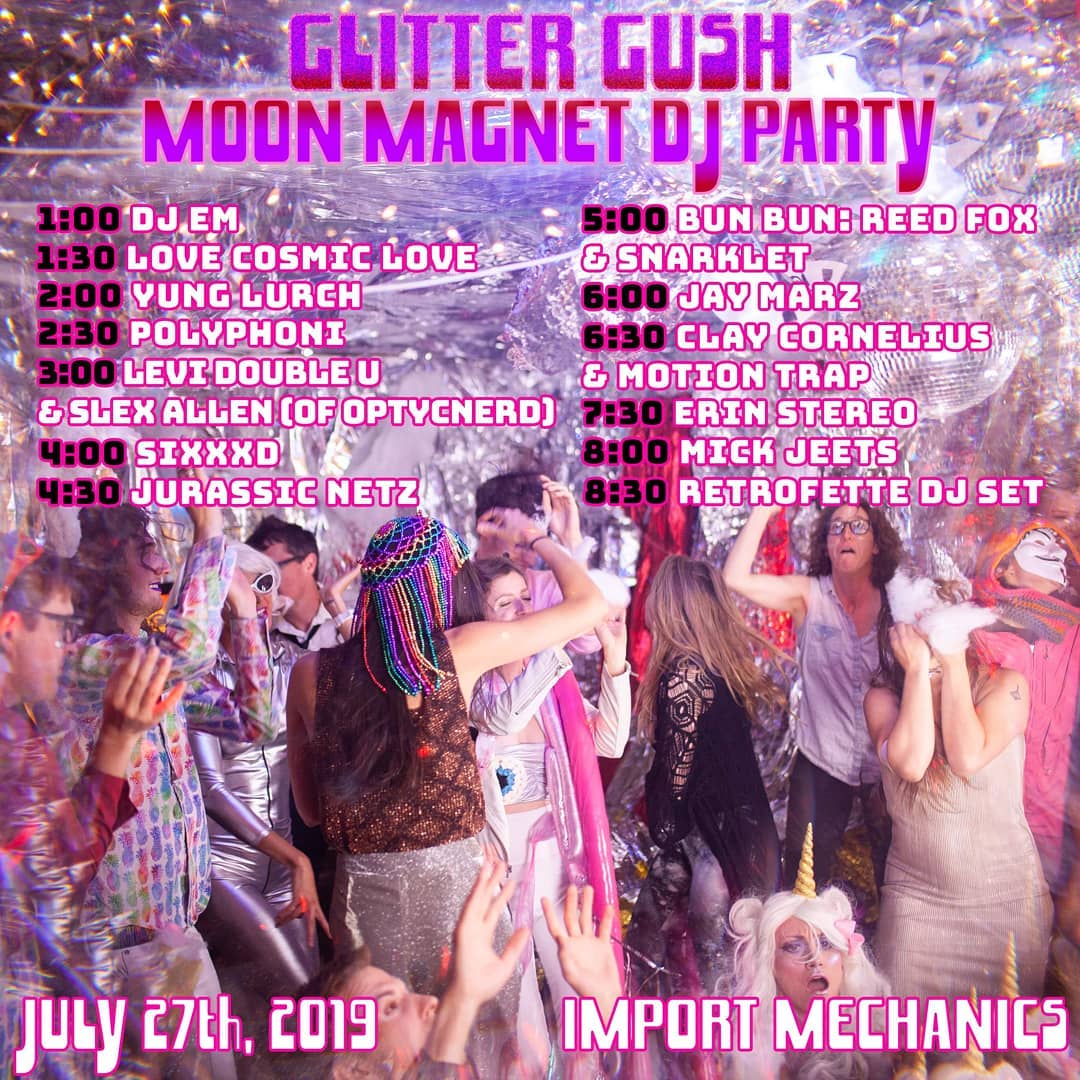 The Lowdown: Moon Magnet Studios, the delightfully weird and robust record label, Meow Wolf-backed DIY studio and publishing company, is bringing the whole gang out for a day party in Import Mechanics. Featuring an array of Moon Magnet-affiliated artists, The Glitter Gush Party will first and foremost shower you in glitter, and secondly lay some slick beats in the process. The talent booked represents some of Denver’s best and brightest electronic and DJ acts from across the city. 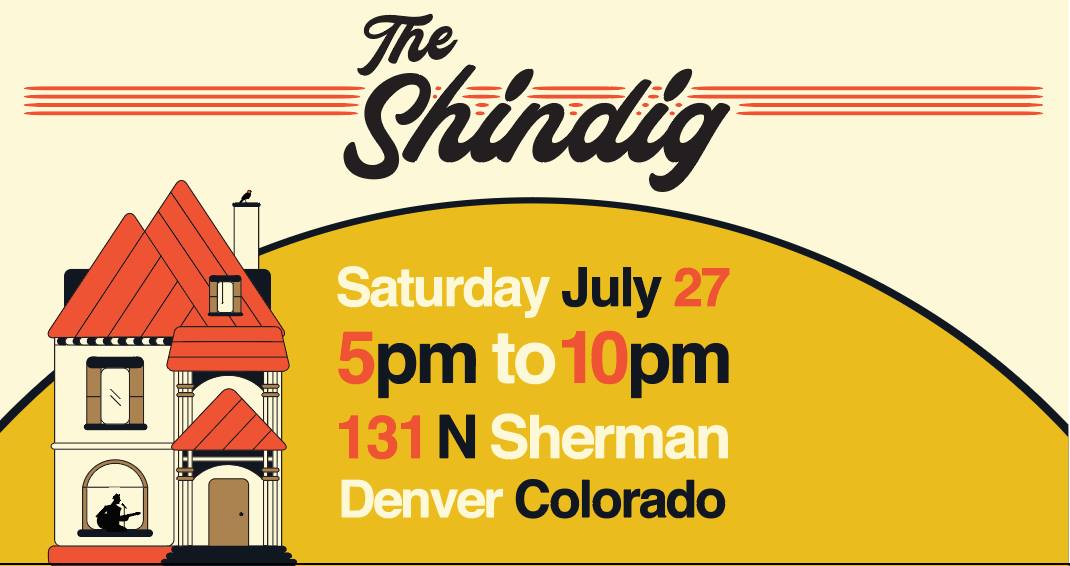 The Lowdown: What’s the Shindig you may ask? The Shindig is a long-running unofficial UMS party hosted at the Mountain Sound House (131 N Sherman St.) in collaboration with Strings & Woods Concerts, hosting a power-packed night of local music. With Chimney Choir to Oxeye Daisy playing full sets, The Shindig will be a reprieve from the madness of UMS in an even more intimate setting. In addition, Ratio and Sputnik will be onboard providing drinks and eats, so if you’re close to getting lost in the sauce of the official festivities, head on down to Sherman street for a cool down that is one for the books. 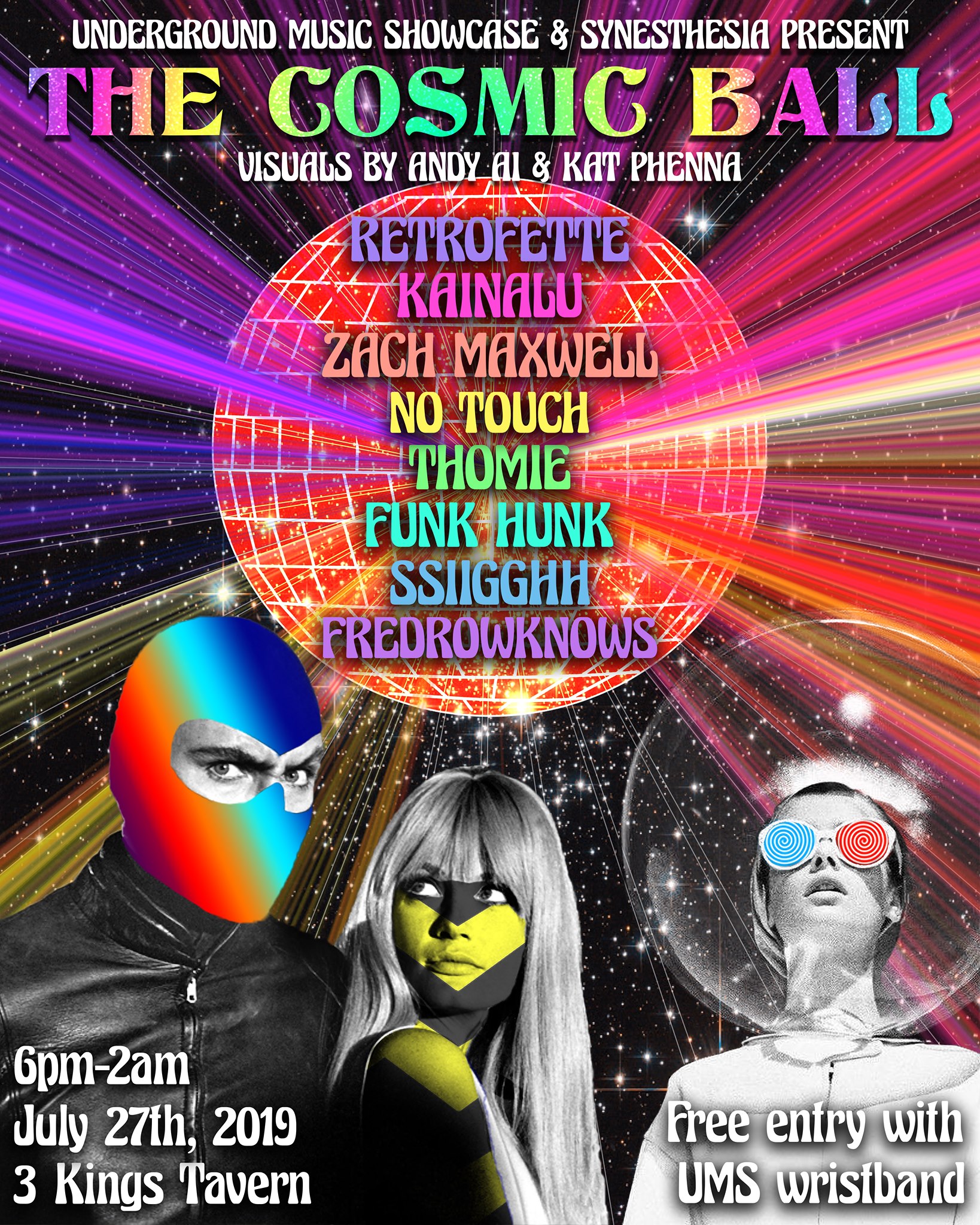 The Lowdown: Synesthesia formerly known as Denver Pysch Fest has one hell of a party lined up for this year’s Underground Music Showcase. Taking over the upstairs of 3 Kings on Saturday, July 27, Synesthesia will invite attendees and onlookers into the void or as they’ve dubbed it, The Cosmic Ball. Featuring an interplanetary funk and disco vibe, The Cosmic Ball will revel in futuristic opulence complete with infinity mirrors, planet lanterns, lasers, balloons, disco balls, projection-mapped visuals courtesy of Andy Ai and other cosmic installs from Kat Phenna. It wouldn’t be a ball without the music element, and Synesthesia has it down pat with sets from the likes of Zach Maxwell, Funk Hunk, Retrofette and many more. This party will be out of this world. 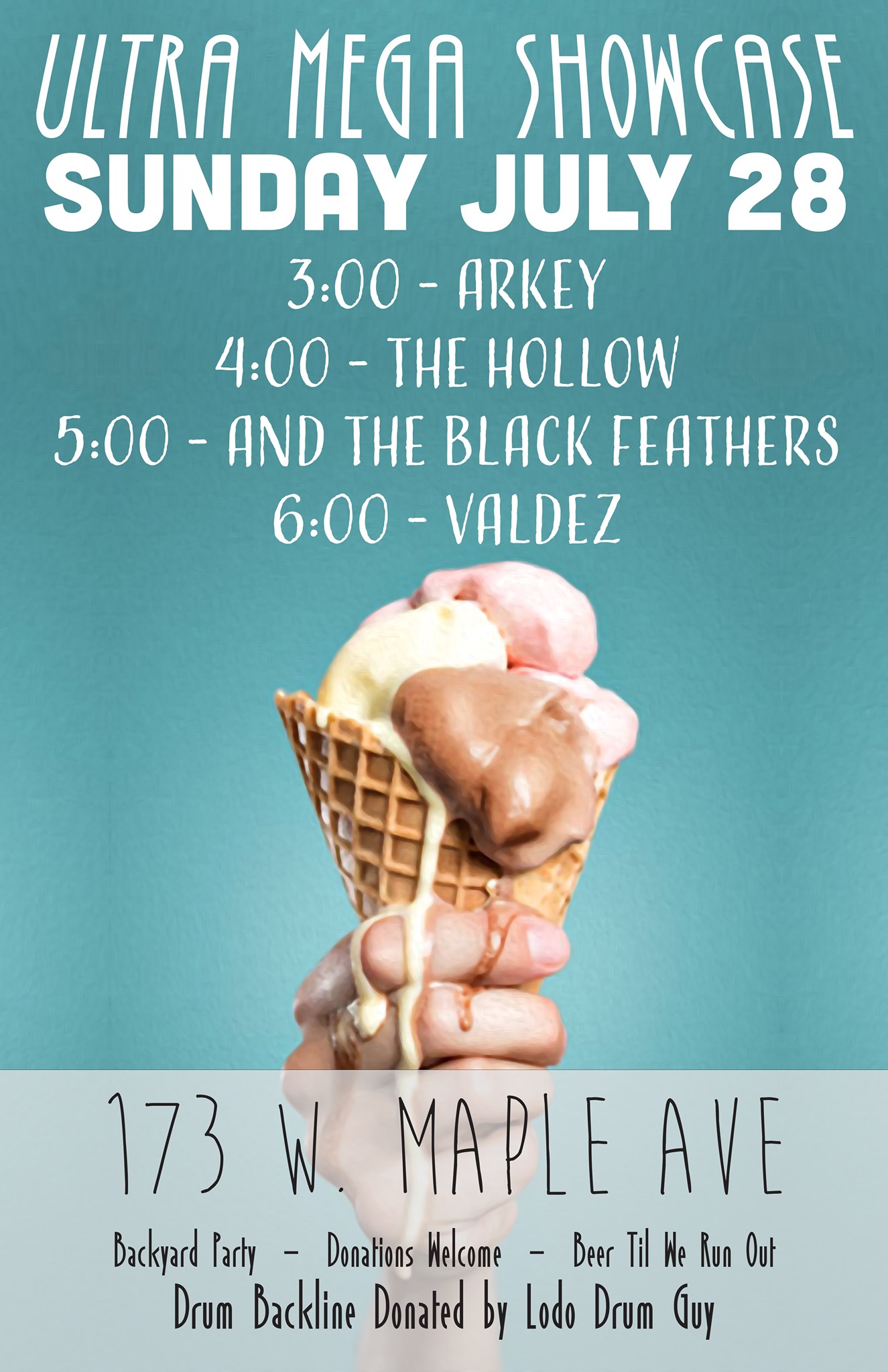 The Lowdown: If there was ever a time to indulge in a “Sunday Funday,” the third and final day of UMS is most definitely it. If that sounds right up your alley, this free unofficial UMS backyard party only a block and a half away from Skylark Lounge is the place to be. Put on by And The Black Feathers, featuring John Arckey Band, The Hollow and Valdez this party will feed your appetite for rock n’ roll. P.S. enter through the side of the house or the alley. 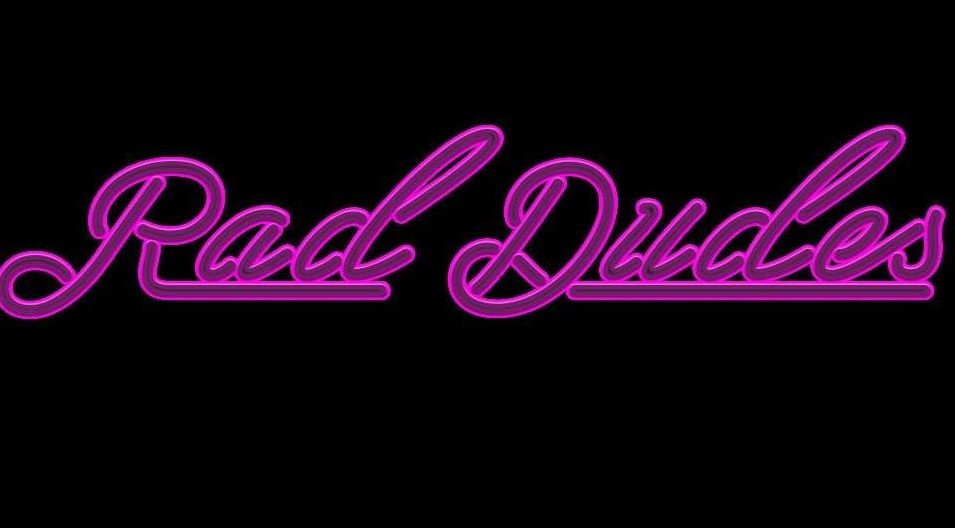 The Lowdown: Without revealing too much, Rad Dudes, the most mysterious addition to this year’s UMS have far more secrets up their sleeves than their identities. The set, their first live outing ever, held at 3 Kings Tavern on Sunday, July 28, will be a debut like none other. Featuring guest artists including Nightlove, Sarah Angela from Liptruce, Brandon Arndt from CITRA, Jon Shockness of Kid Astronaut and Babelord for her own debut live performance amongst other surprises, Rad Dudes will undoubtedly put an imprint on UMS in a very big way. The icing on the cake, however, is the curious addition of Rainbow Militia which will take the Rad Dudes experience and make it truly immersive.