Almost two years ago, London-based artist Shantell Martin came to Denver to paint the sidewalks in the Denver Theatre District (DTD) near the Convention Center. Her installation, which included the sprawling black-and-white sidewalk painting, a custom-made bench and three large billboards painted with the saying “You are you, Are you you, Who are you” transformed the area by inviting commuters to interact with their surroundings. Even though the billboards were painted over the following summer, the rest remains visible and is still part of the downtown landscape. The spray paint on the ground that was once vividly different from the surrounding concrete and asphalt is now muted, blending in with more ease and familiarity. But, before her markings are completely washed out, she’ll return to Denver — this time for a multimedia installation at the Denver Art Museum opening September 27.

Composed of three sections, Martin’s exhibit Words and Lines will include her iconic black-and-white drawings and add to them with triangular boxes on an interactive wall and an animated video projection. The projection marks a first for the artist, who has painted and drawn on a myriad of surfaces —  bicycles, apartment walls, sneakers, found objects — but hasn’t ventured into the digital world so far. When she created in Denver last, she also completed another “first” when she painted the DTD’s sidewalks — a process that was harder on her body than she expected.

Martin’s work, although simple in design, focuses on a constant quest for identity. Most of the time, she is unsure what the finished product will look like and allows the process of her work to direct her choices in the moment. “I hope that visitors will use this installation as an area to take time, think, interact and meet while at the museum, taking away inspiration and good memories,” Martin commented in a press release. Her work is all very zen — from her meditative way of creating each stream-of-consciousness piece to the act of watching her doodle (if you ever get the chance) to visually or physically tracing the lines of her finished creations. It fosters introspection, and in a world that is increasingly chaotic, it will be nice to find refuge in her art. 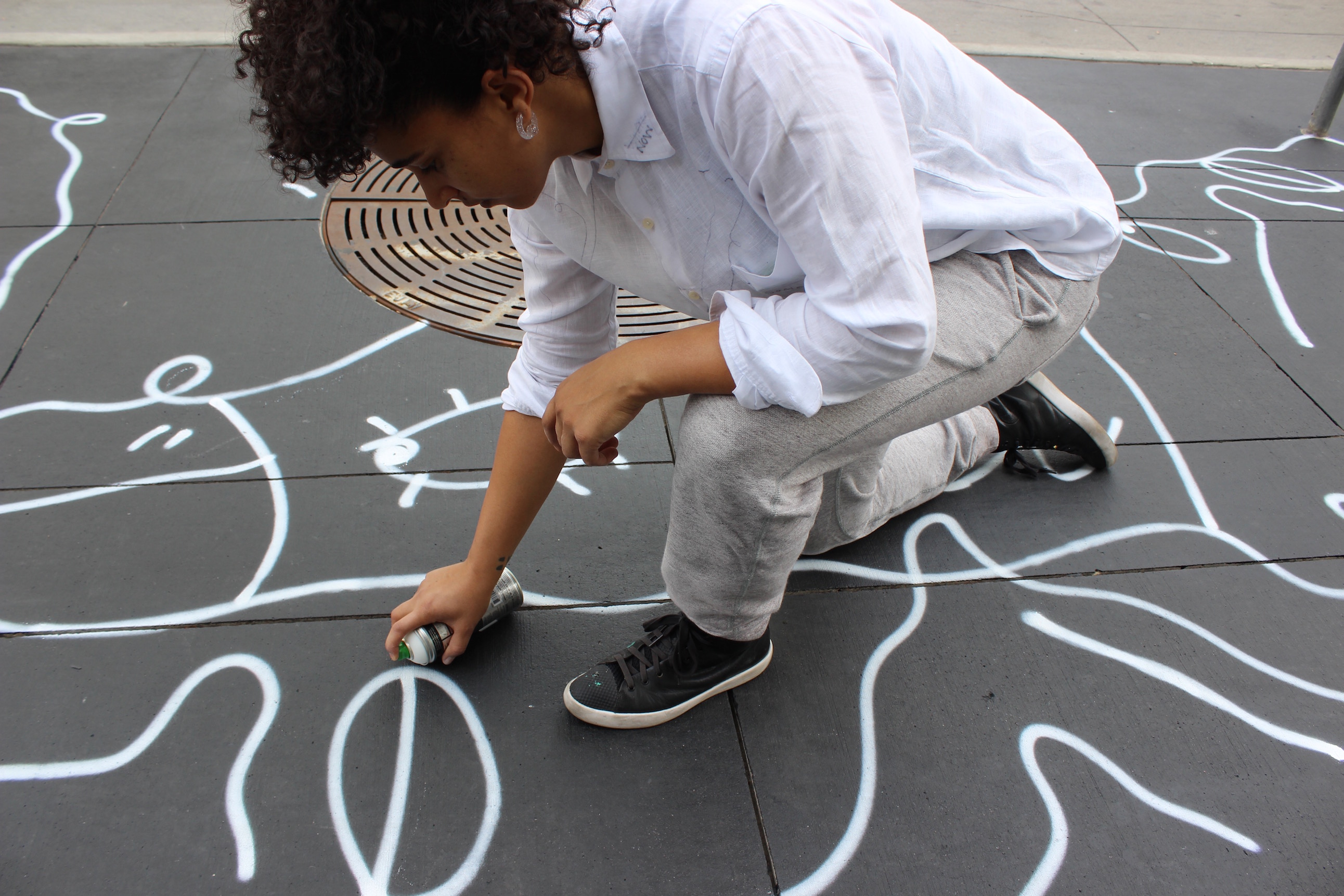 The main part of her exhibit will be centralized in the Precourt Family Discovery Hall on level two of the Hamilton Building, and Martin is creating it specifically for this unusual space. Extensions of the black-and-white motif will continue throughout the museum, offering guests little glimpses of Martin as they make their way through the other galleries.

Shantell Martin: Words and Lines opens on September 27, 2019, and is included in general admission. More information can be found here.