Review – Kacey Musgraves Was a Slow Burn at Red Rocks

It’s no secret that Denver loves weed. But you know who else does, too? Kacey Musgraves. The Grammy-winning Country artist has written more than her fair share of songs about the green stuff and the journey it takes her on. But little did we know, her sold-out Red Rocks show would become a night that felt just like that: getting high with Kacey Musgraves.  She was going to take her time with us, have us sit back and relax while she took us on her personal trip. 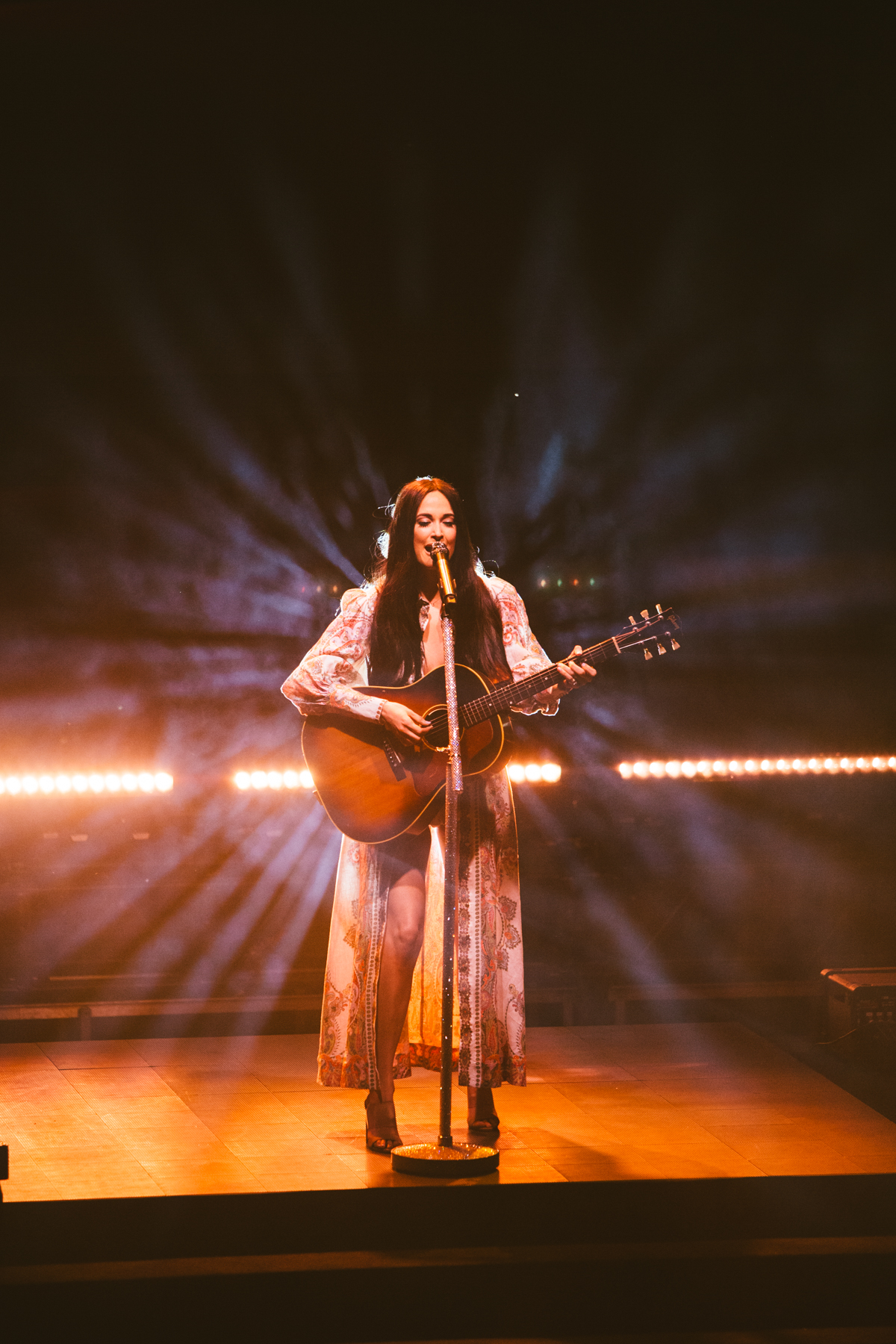 She began the show with her song “Slow Burn.” The first few lines of the song read, good in a glass, good on green followed by I’m alright with a slow burn/ taking my time, let the world turn. Fitting and appropriate for the night ahead. Her music has grown in sound but her lyrics are still honest, memorable and a little weird; a combination found mostly in the lines of country music. She sings about things we all have in common: past and present love, egotistical people, feeling stuck and strange family members.

However, country her roots may be, Musgraves has since strayed from the all-country sound and has dipped her toes in the pop music scene. The subtle, yet noticeable shift, maybe because of the lack of support from the country music community. She still can’t get a hit song on country radio and songs like “Follow Your Arrow” (which shows supports for the LGBT+ community) have been pulled from similar stations for being too “racy.”  Over the years, she speaks her mind on issues such as feminism and equality, issues that don’t always land with the fan bases of country music.

But as a result, Musgraves’ fearlessness to go her own way has resulted in a huge fan base that is as diverse and colorful as the rainbow (and her language). During her show, she cursed, then apologized because of the children in the crowd, then immediately followed up with “well, fuck it.” But there were more than just children there. There were people of all ages, from all walks of life, that came together for one night and one performer. “There are a million tons of people out here tonight,” acknowledged Musgraves. “And we all have common ground.”

Musgraves reminded us that “Family is Family” and that our paths sometimes don’t always start off how we want, but it’s where we go after that matters. “Is anyone from a small town?” asked Musgraves. “This song is for you, too,” she added before flowing into “Merry Go Round” a song all about escaping the life of living in small-town that can sometimes feel crippling and toxic. In the middle of the song, she took a pause to let the audience take over and help her sing. In all my Red Rocks shows, I’ve never heard an audience sing in such perfect harmonization with such a soft and graceful tone. If magic had a sound, that was it. 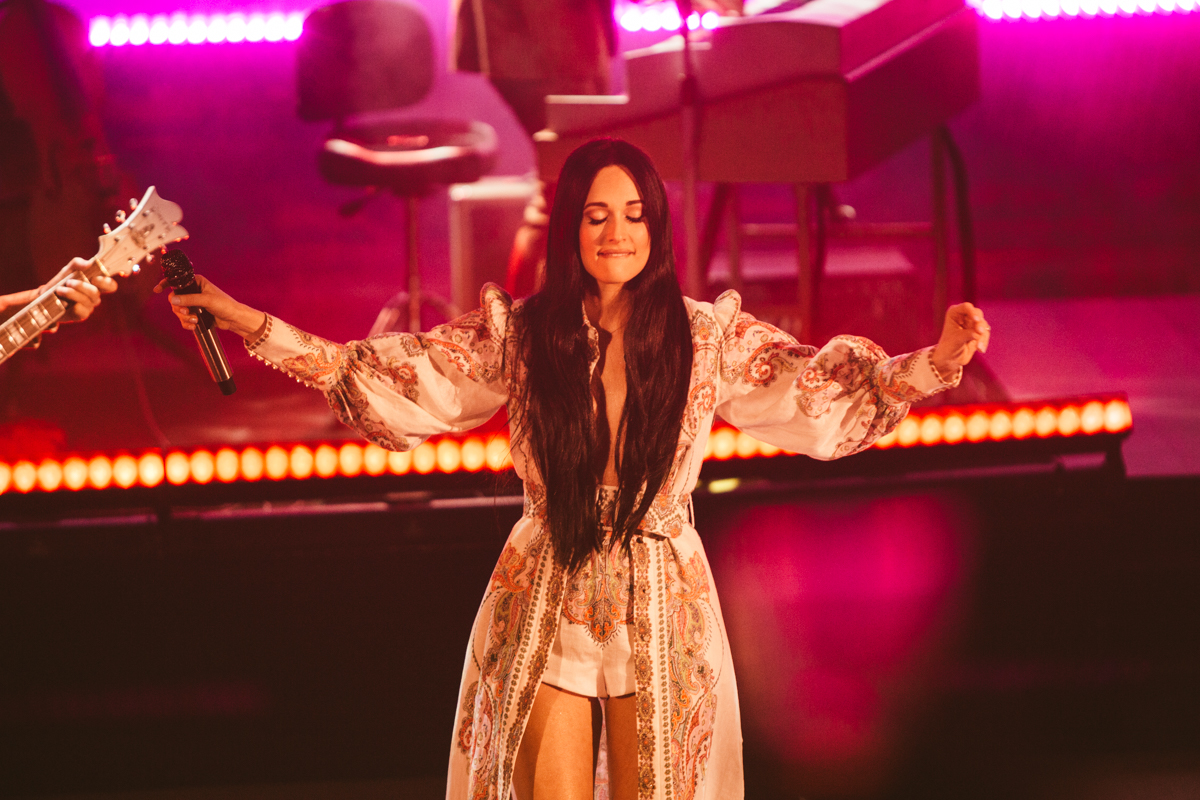 There was no rush in Musgraves’ performance. She floated around on stage, her signature long black hair and floor-length gown flowing with her while she effortlessly moved with her music. Her voice was smooth and felt like honey; she carried no sense of urgency and we, in turn, felt none. Everyone in the crowd had a calm and relaxing demeanor. Some people were sitting, others were standing but no one was stepping on each other, no one crowding their neighbor like it so often happens at Red Rocks concerts. We were all just floating along with Musgraves, having a “High Time.” “I don’t gotta feel bad since it’s legal here,” Musgraves mused into the crowd before strumming her guitar, slowing her roll, letting the grass just grow and leaning way back.

Musgraves last few songs of the night included crowd favorites, “Rainbows,” “High Horse” and “Follow Your Arrow” which would end her trip with us with the best come down. In the words of Musgraves, when the straight and narrow, gets a little too straight/ roll up the joint, or don’t/ just follow your arrow wherever it points. All Photography by Bridget Burnett.