All Photography by Heather Fairchild

Garth Brooks will bring “The Stadium Tour” to the home of the Broncos on Saturday night. Though he has not performed for Denver fans yet on this tour, Brooks’ performance this weekend is already making headlines. Similar to many of the other cities included on the tour, Brooks’ show in Denver marks a record number of ticket sales. He is the first artist to sell out the massive venue, and with 84,000 seats already accounted for, it’s sure to be one hell of a good time.

Friday afternoon he held a press conference to give Denver a head’s up about what to expect at his show Saturday evening Trust us, there are some big things set to go down at Sports Authority Field this weekend – including a live recording of one of the icons’ hits, “Much Too Young (To Feel This Damn Old).” In fact, there’s no other place the artist felt he could have recorded the song. “If you look at the first edition of [the album] Triple Live,” said Brooks, “you’ll notice that it’s not on there. That’s because we knew we were coming here. So we’ll be recording it this show for the Triple Live record, and all we’re here to get is ‘Much Too Young (To Feel This Damn Old).’ So I’m really excited about that.” 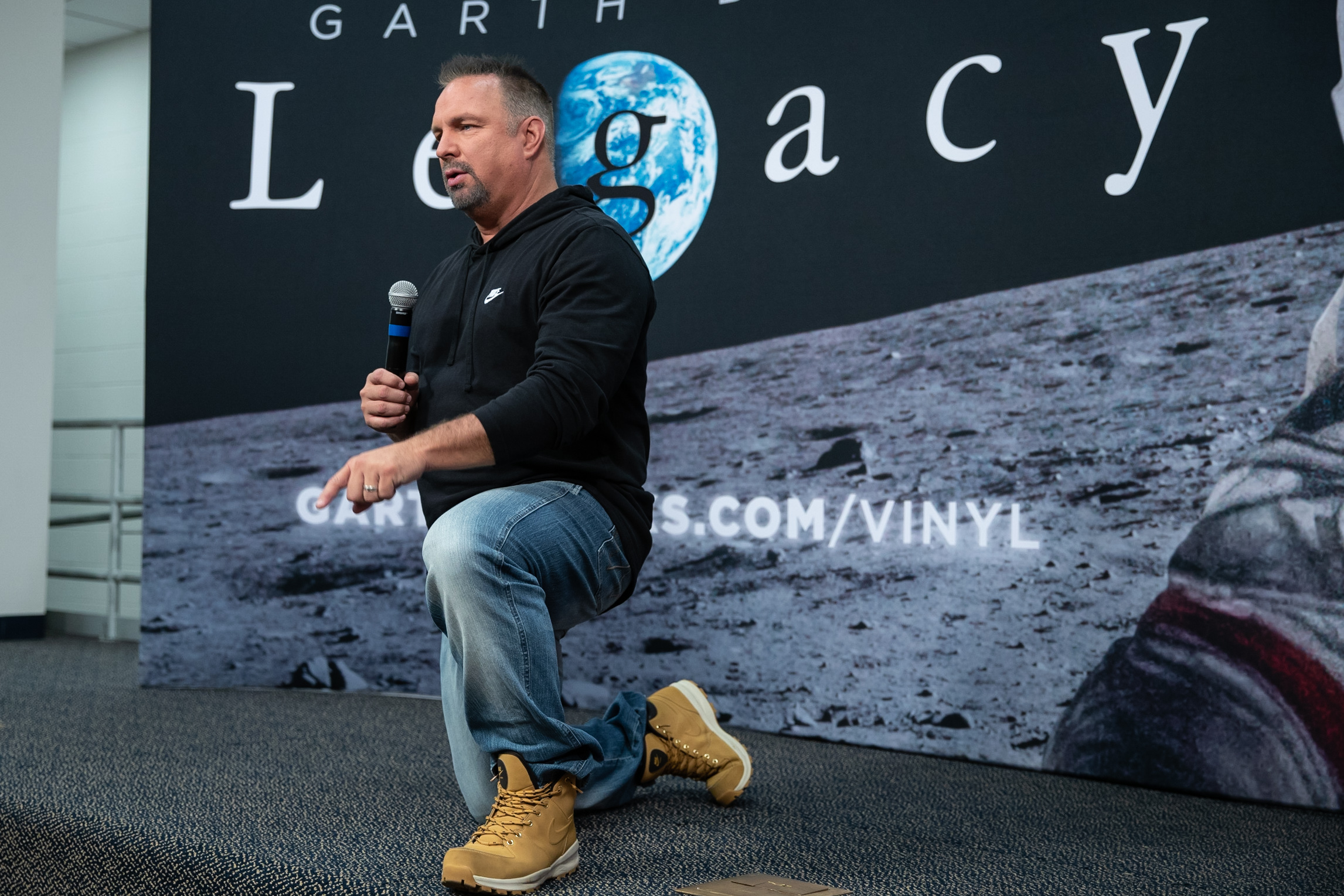 However, that’s not the only thing to look forward to Saturday night. The country star intentionally keeps his ticket prices relatively low, and for fans who weren’t lucky enough to get floor seats, there might be a fear that they’ll miss something. Fortunately, Brooks also promised a special treat for the fans with seats in the upper half of the stadium – a surprise that won’t be occurring in any of the other stops on the tour. Though he wouldn’t give away anything specifics, he promised that the fans in the back wouldn’t be left out of the action.

Clearly, Denver holds a special place in Brooks’ heart. In fact, he took time to mention all of the support he received early in his career – pointing to The Grizzly Rose as one of the early supporters. “Every time you come to Denver, you think of – who were those first five clubs that invested in you when no one knew who you were? The Grizzly Rose is one of them. So, this is kinda where it started. And, you’re not doing it out of loyalty. You’re doing it because every time you’ve ever done something here, it’s been an amazing reward for you. So, I’m not here for the people of Denver, I’m here for Garth Brooks. I’m selfish. I’ve been here, I see what this place can do, and now with this many people in one area? I’m really looking forward to seeing what they can do.”

His show in Denver is certainly a big one, and Brooks is feeling the pressure. Though he may be nervous, one thing is abundantly clear – Brooks is here for the fans, and no fan will leave Sports Authority Field dissatisfied. After the press conference, we got a  few minutes to talk to Brooks before he fills the stadium here in Denver. 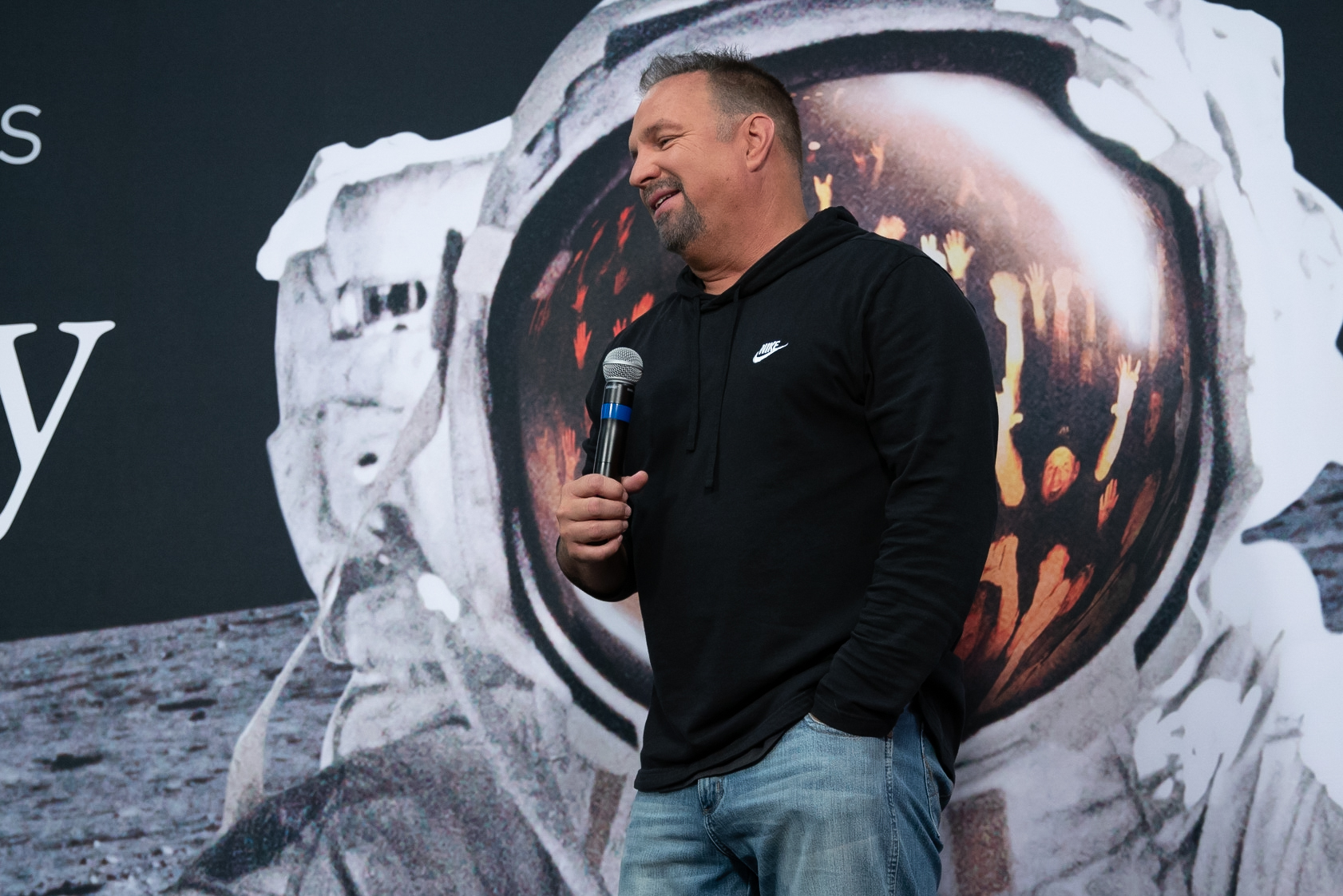 303 Magazine: Monday night, on Inside Studio G, you mentioned that you feel like there’s a lot of pressure for this show, and I know that you’re doing a live recording at the show – are those two things related?

Garth Brooks: Yeah. Also, the thing with – the last time we were here we were lucky to get I think nine [shows], so you get nine whacks at it. So, opening night you’re nervous, but what doesn’t work we’ll fix sort of. You don’t get that here. You get one shot at it here. And they’re comparing this to those nine nights – and those nine nights were phenomenal for us. So pressures are up here because what you want is people leaving going “I’ve seen you before, that’s the best show I’ve seen of his.” Whether it’s the best show they’ve ever seen isn’t as important to me as to whether it’s the best show they’ve ever seen of ours if they’ve seen one before. That’s kind of how we measure our stuff.

303: On this tour, you’ve shattered quite a few records.

303: In addition to selling out Denver, you’ve set records for ticket sales in multiple stadiums on this tour – the governor of Idaho even called and asked you to add an extra show in Boise. Where does this tour rank on your list of career achievements?

GB: I’m going to put it at the top. When you’re looking at Idaho, which somebody – you might want to fact check this – somebody said the population of Idaho is about half a million people. We have – 80,000 tickets sold. I mean, that’s one out of every five or six people. That’s crazy! I’ll put that statistic up against anything. I don’t like numbers, I like being part of something this big but I’m not a numbers guy. With that said, you’ve got to be proud of that. 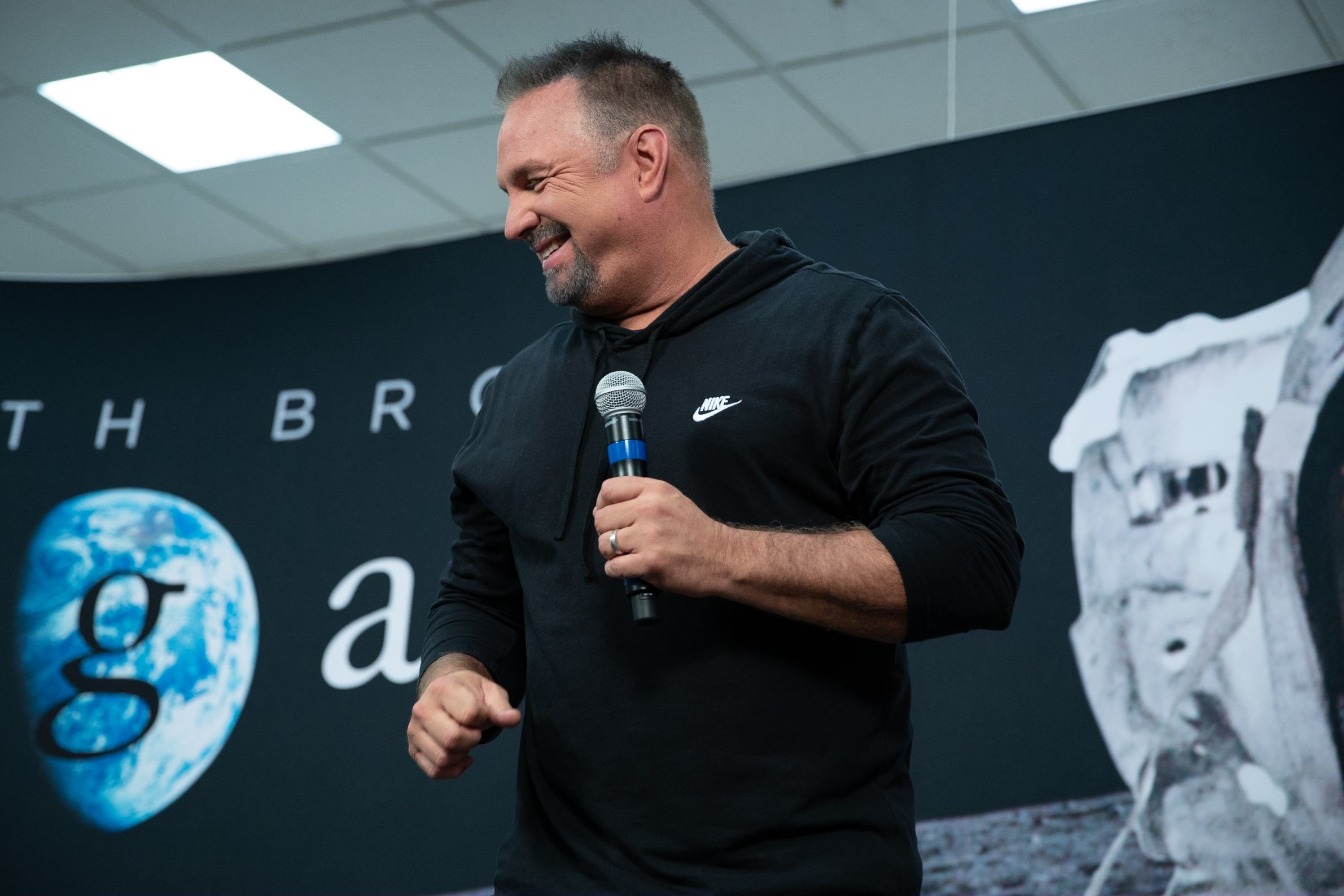 303: I know one of the things you really look forward to about your live shows is hearing the fans sing along – and your fans do know all of your songs. What is your favorite song to hear the fans sing?

GB: Here’s one that’s going to throw you for a loop. I’ve noticed at the last few cities “Papa Loved Mama” – which is not a love song at all. First verse – cause I’ve done this my whole life, and I’ve done “Papa Loved Mama”  my whole life pretty much – they’re singing along with it. It’s like, wait a minute this is not a sing-a-long song. “That Summer,” watch what – it’s like, wait a minute. This is a love song, this is one of those sexy, kinda sultry, somber songs. It’s not a sing-a-long. Now things like “The River,” “Unanswered Prayers,” “We Shall Be Free,” those things are sing-a-longs, “Friends In Low Places,” you expect it there. But “Beaches of Cheyenne” – no, and yet here it comes. So, I think that’s my favorite of the ones you’re not expecting. That’s cool.

303: You’ve also been known to take song requests from fans who make signs, can you talk about that?

All photos by Heather Fairchild.