Preview – Andrew McConathy And The Festival He Won’t “Sell Out”

Us bluegrass junkies that call Colorado our home have watched the progression of YarmonyGrass over the past 14 years, changing lineups while switching venues and shifting locations. We’ve seen smaller and local headliners to national headliners who somehow made the time for our beloved little festival. We’ve watched as the main stage has moved from State Bridge, to Rancho Del Rio, to Copper Mountain and back again. Now in its fourteenth year, the festival is once again being held at its forever home of Rancho Del Rio, just north and slightly west of the Vail Valley and located right along the banks of the Colorado River. 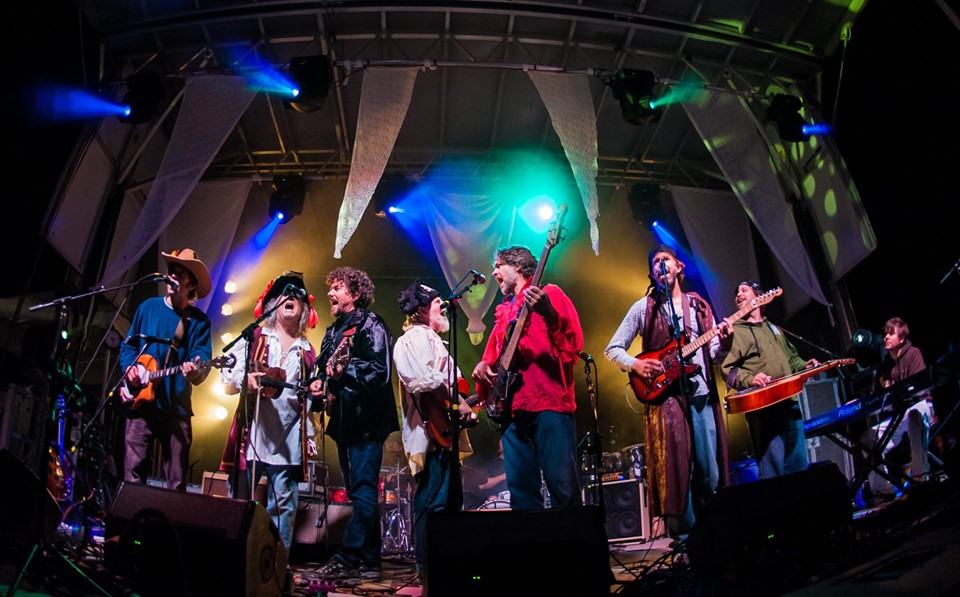 A significant amount of those who attend YarmonyGrass attend every summer, with a semi-cult following who look forward to the event year after year. We had to ask YarmonyGrass Founder and frontman of The Drunken Hearts Andrew McConathy why he hasn’t gone more public with the festival. We’ve watched over the past several years the progression of WinterWonderGrass, and it would be safe to say that with all things considered, YarmonyGrass could easily grow in that same capacity. Going big, McConathy explained, is just not the endgame for him. His reasoning starts with location — “There’s something about Rancho Del Rio. I used to live just over the mountain. That’s where the whole concept originated, and ‘Yarmony’ is a geographical reference.”

It goes deeper than the geographical relevance of the festival, however. McConathy remembers the first YarmonyGrass in 2006 as hosting maybe 100 people. In 2008 the festival was held on Copper Mountain in a resort setting, and though he considers that year a great success, a big problem for McConathy was that they had lost touch with the river. “The river is what makes that setting so magical. It’s a really unique atmosphere and I think the venue is what provides that. It feels like everyone is VIP out there and we couldn’t do that for 5,000 people.”

New to YarmonyGrass this year is the Yarmony Mystery Band, which is a legitimate band, but who won’t be announced until McConathy introduces them on Sunday afternoon to close out the festival’s main stage. This is a concept that fans will be treated to at every YarmonyGrass moving forward, and one that McConathy feels will enhance everyone’s experience. A big thing for McConathy is trust — “It doesn’t matter who’s playing, you’re going to want to be there and you know we’re going to do a good job booking it. Just trust us.” Though physically expanding isn’t in the books, getting creative with marketing and adding this surprise factor is how YarmonyGrass will continue to get bigger and better.

The headliner for this year’s YarmonyGrass, announced just last week, will be The Infamous Stringdusters, with additional headliners Paul Hoffman and Anders Beck of Greensky Bluegrass, The Travelin’ McCourys, Jeff Austin and the Kitchen Dwellers. An extensive lineup of supporting acts includes local musicians like Tenth Mountain Division, Jack Cloonan Band and Jackie & The Racket, and it’s that local aspect that makes the event even more special. McConathy sees Denver’s local music scene as “unmatched and intimidating,” describing it as an “amalgamation, cross-pollination, melting pot of music, with something for everyone.” YarmonyGrass reflects that, blending together the genres of bluegrass, folk, country, rock, jam and more, to create something truly spectacular that will come to fruition on August 8-11 under bluebird skies, on the banks of the water.