The first EP, titled PUNISHMENTS, flogs listeners with furious screaming vocals, fast guitars and even faster drums, while the second EP, AFTERCARE, winds down and brings listeners back to recovery. 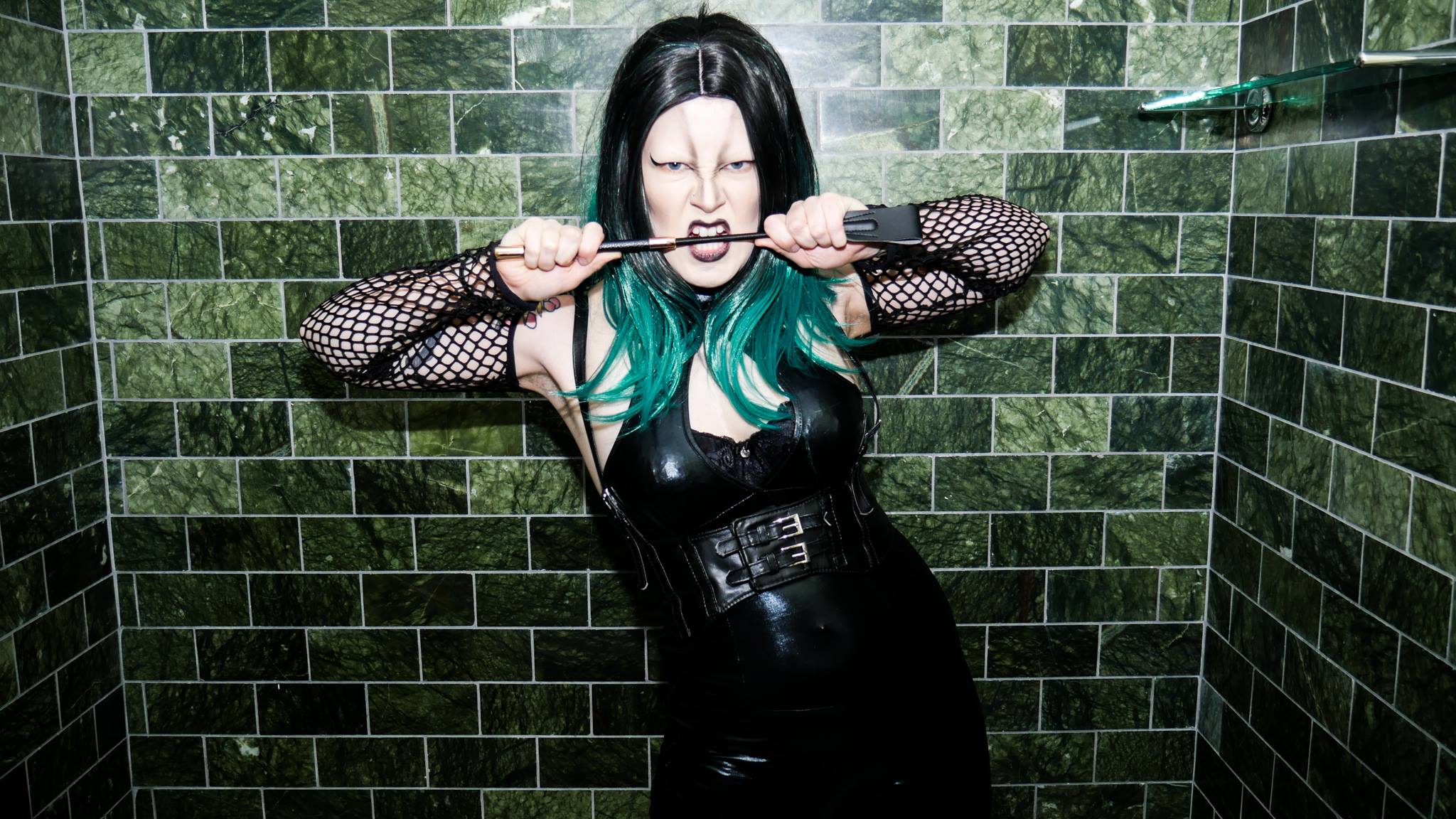 Lead singer Lola Marie will put you in your place.

PUNISHMENTS incorporates very direct, no-bullshit political lyrics that hit on a wide range of issues, covering everything from slut-shaming to the Occupy movement. The absolutely justifiable rage bubbling in this album is palpable. The album kicks off with the repeated line each time raised in volume, tenor and anger. “I AM NOT JUST BODY PARTS,” the introducing lines of “Body Parts,” scream, while the second song, “Sick,” explores sexual harassment and interactions with misogyny. “Sick,” ends with a tough delivery on rules of consent, a reminder that should not need repeating.

A quick and throbbing bassline, played by Dahlia McAluney, kicks off the third song, “Free Ryloth,” and delves even deeper into the feminist rage that accompanies their take on misogyny. The band’s newest addition to the line-up, McAluney inflects a style of bass that harkens back to early D.C. hardcore punk. She releases her solo signature style of folk punk under the name Flower Crown Me a Queen. Under this project, McAluney explores the experience of, “being trans, hating cops, surviving capitalism, and staying cute while doing it.” 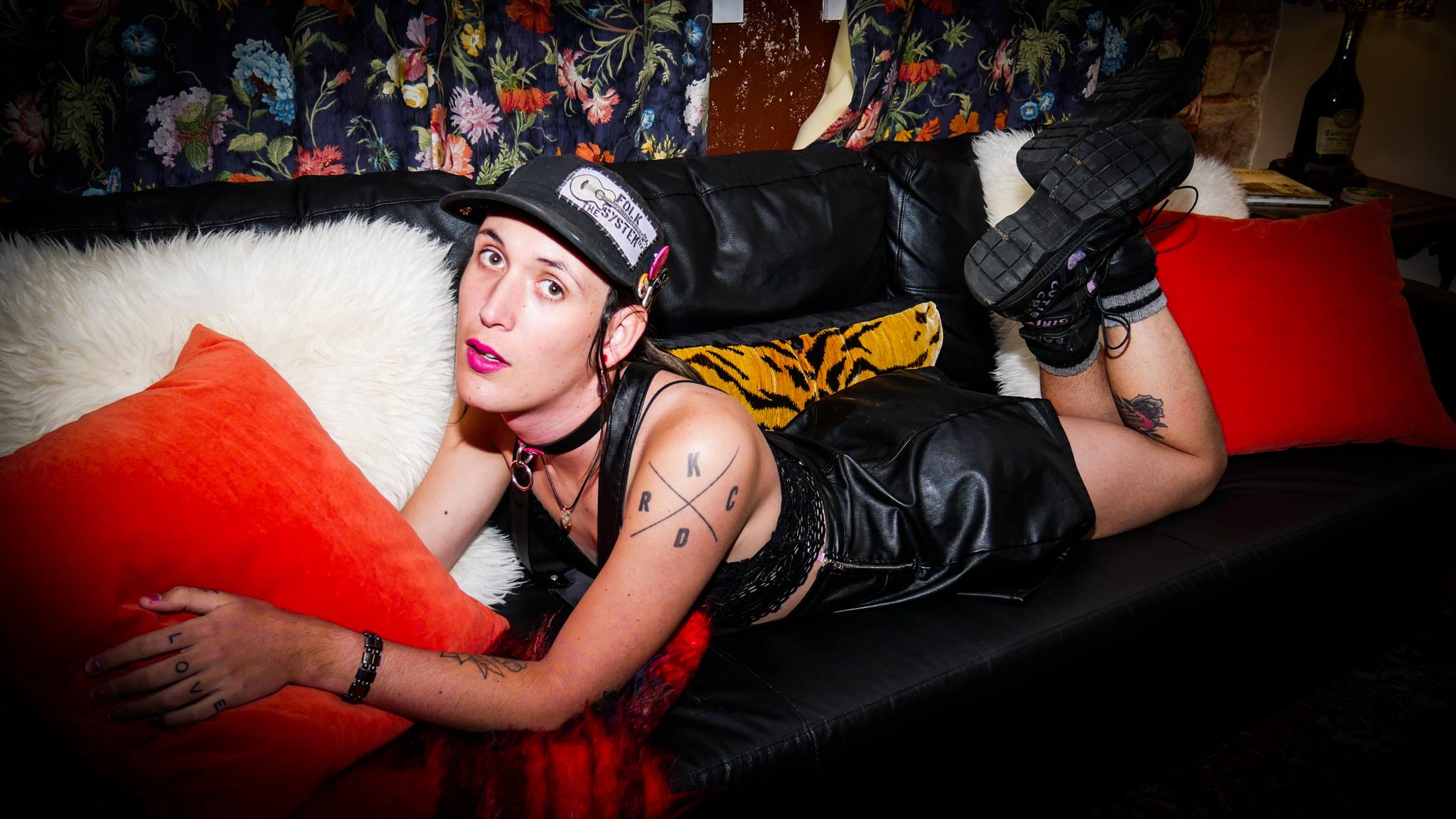 The most recent addition to Rotten Reputation, Dahlia McAluney.

The next two songs, “DT FU,” and “169,” utilize simple yet powerful guitar lines that complement the weight and depth of the lyrics in both songs, as well as the emotionally-charged delivery by vocalist Lola Marie.

AFTERCARE turns the release towards a more playful direction. Packed with straightforward social critiques, the lyrics still carry a sense of teasing ribs and are even at times flat-out humorous and refreshingly blunt. While each song provides a peek into someone’s life, each lyric is simultaneously idiosyncratic and universal. Though the words navigate personal stories that might make a listener wonder what exactly the bandmates have been through, that mindfully left out context only fuels one’s curiosity — prompting a sense of longing for more.

“Heroine” kicks off the second EP and has the uplifting, “school’s out” major-key punk sound of bands like Guttermouth or Screaming Females. Softer, grungier basslines pluck away while drummer Betty the Beet (“Bee”) chugs away with a more gentle, yet still driving, rhythm. “Ex-Boyfriend,” and “California Boy,” both feel deeply personal yet extremely relatable at the same time, walking the fine line between self-expression and story-telling. AFTERCARE ends with the doomy “Dysphoria Borealis.” It sounds like a slower Descendents, or as if Seattle band Mommy Long Legs went back in time and recorded a song with Unwound then ramped up the tempo.