Grabowski’s Chicago-Style Pizza Is Heading To The Source

The space previously held by Comida in The Source now has a new tenant. Grabowski’s, a Chicago-style pizzeria is slated to open in the recently vacated spot as early as mid-July. The casual family-friendly locale will serve thin-crust 1950s tavern-style pizzas, and it’ll even have an old-school mezzanine-level arcade to round out the atmosphere. Jared Leonard of Au Feu and AJ’s Pit-Bar-B-Q fame has paired up with Zeppelin Station’s Justin Anderson for the venture. The duo met in Chicago and they seek to fill a gap in Denver’s dining scene once filled by places like Wazee Supper Club. Here Chicago fans can watch the Bears and Blackhawks while enjoying a pitcher of beer and indulging in the more popular but less famous Chicago tavern-style pizza with tried-and-true toppings.

“’Grabowski’ is a local term referring to a blue collar, no-nonsense Chicagoan; someone who is hard-working but a softie underneath the rough and tough exterior,” said Anderson. “Originally coined by 1985 Super Bowl-winning Chicago Bears Coach Mike Ditka, the word captures all of the things I love about the ’80s and growing up in Chicago.”

Delivery, as well as a pick-up window for late-night cravings, will also be a big focus of Grabowski’s for the rising community surrounding The Source. More information, as well as the official opening date, are still forthcoming. 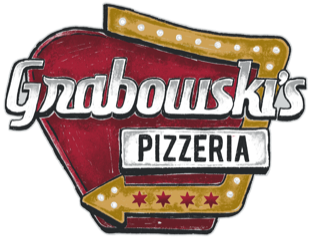