Buddy Bravo Is Ready For The Spotlight

When you see Buddy Bravo for the first time, you see a star in the making. Dolled up with a pencil-thin mustache and peacock feather eyes baring Prince-like androgyny, Bravo has a look as intentional and creative as his work. A DJ, performer, curator, choreographer and artist, Bravo does it all and then some, with the sole intention of giving LGBTQ people space and a platform to truly and authentically express themselves.

Throughout the city, Bravo is an auteur of queer culture, from hosting and Djing queer dance parties in typically non-LGBT spaces like Mercury Cafe to recently resurrecting the ballroom scene for a night at Temple Nightclub — a cultural rarity in Denver’s nightlife.  His ideas hint at far more than nights of libations, where bits and pieces of memories build into a picture of going out for the evening. Rather, Bravo is concerned with using his nightlife presence to build the stage for others to find their own spotlight. 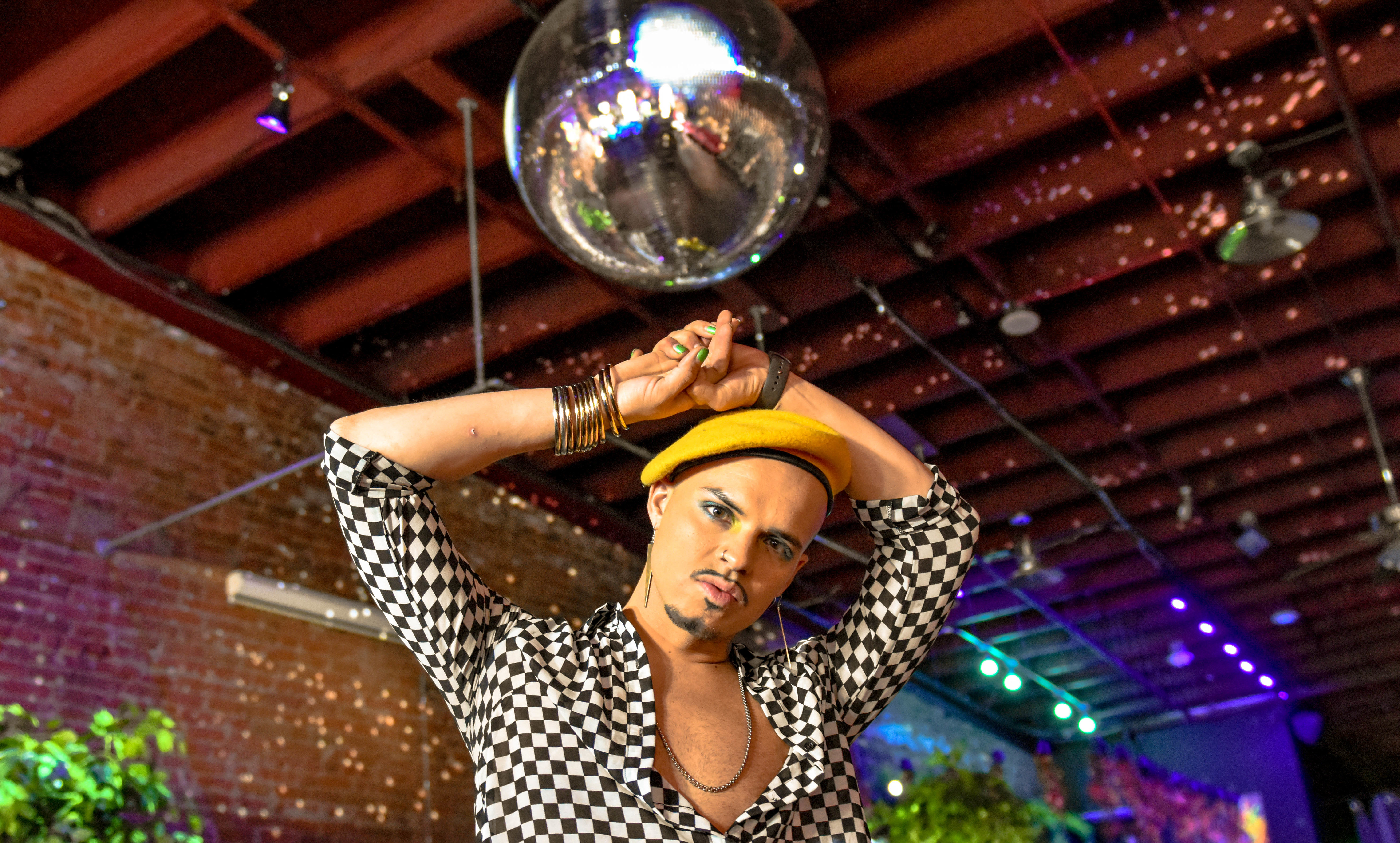 As self-assured and expressive as Bravo may seem, that hasn’t always been the case. A Colorado-native from a conservative family in Pueblo, Bravo relocated to Denver for school shortly after coming out to his parents at the age of 19. Life was predictable and reserved — a white picket fence of a longterm relationship that lasted through his twenties atop school, or as he says, “I just spent all of my twenties with my nose in a book, my hand in someone else’s hand and tied down and I realized I wasn’t really doing what I wanted to do. I wasn’t expressing myself the way I wanted to, I wasn’t making art like I wanted to, I wasn’t sharing music that I love with people as I wanted to — I just wasn’t  living the life I wanted and I didn’t know what that looked like.” So, Bravo ended the only life he knew.

Bravo moved out of his partner’s house into a small basement apartment by himself, started a new job and began building his life on his own terms. Single and not beholden to any notion of who he should be, Bravo began to find his own voice. 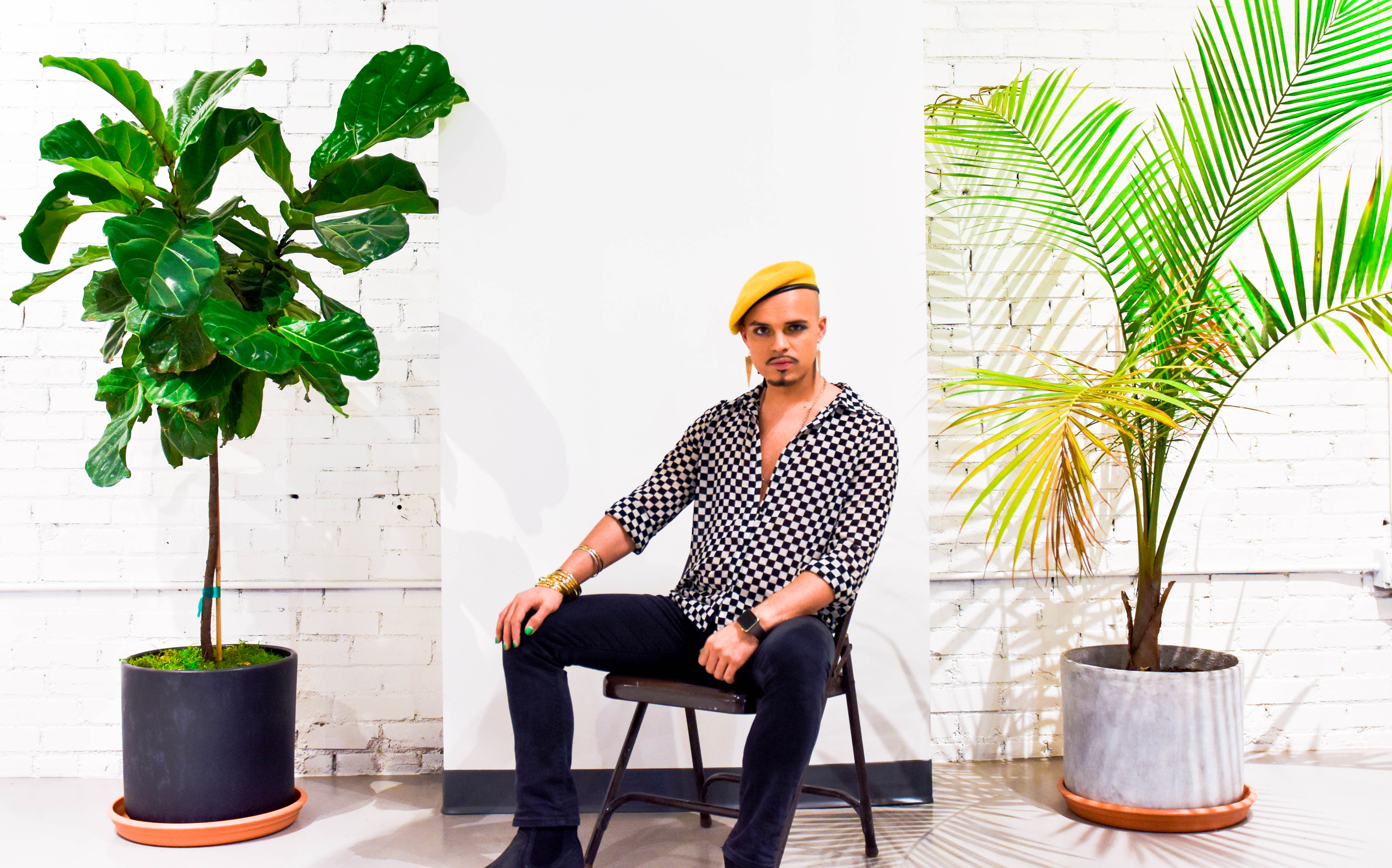 His first true opportunity to stand in the spotlight came when a friend asked him to DJ a fashion show after-party. Seeing the success of his first proper gig, Bravo sought out Mercury Cafe to plot his own show, one that embraced the colors of himself and his friends aside from the ritual and Top 40 of the typical gay bars. The Queer Party, as he dubbed it, was an instant hit – taking the event from a one-off party to a bi-monthly exhibition of the queer community, soon to expand to other cities.

“I  wanted to create a space where I could support queer artists, where I could hire queer artists, where I could play queer artists that I like, play the music that you don’t get to hear on the radio. So that’s the biggest motivation. Why I find what I’m doing as important is because it gives people like me an outlet,” says Bravo. “When I was younger, I never saw a gay person express themselves like me and my friends. I didn’t see that, but I really wish I had. I wish that in my little town of Pueblo there had been a couple of queer people that had their nails painted and wore whatever they wanted, I might have woken up a little earlier, but I didn’t really learn that till I was 29 years old.”

As a DJ, Bravo has an undying adoration for Mariah Carey and a go-to list of songs that shape how he brings music to the masses. From Daft Punk’s “Teachers” off their 1997 album, Homework, to the campy “D.J. Girl” by Katalina, Bravo plays by his rules and his rules only, with a confidence that has gained him quite a following. 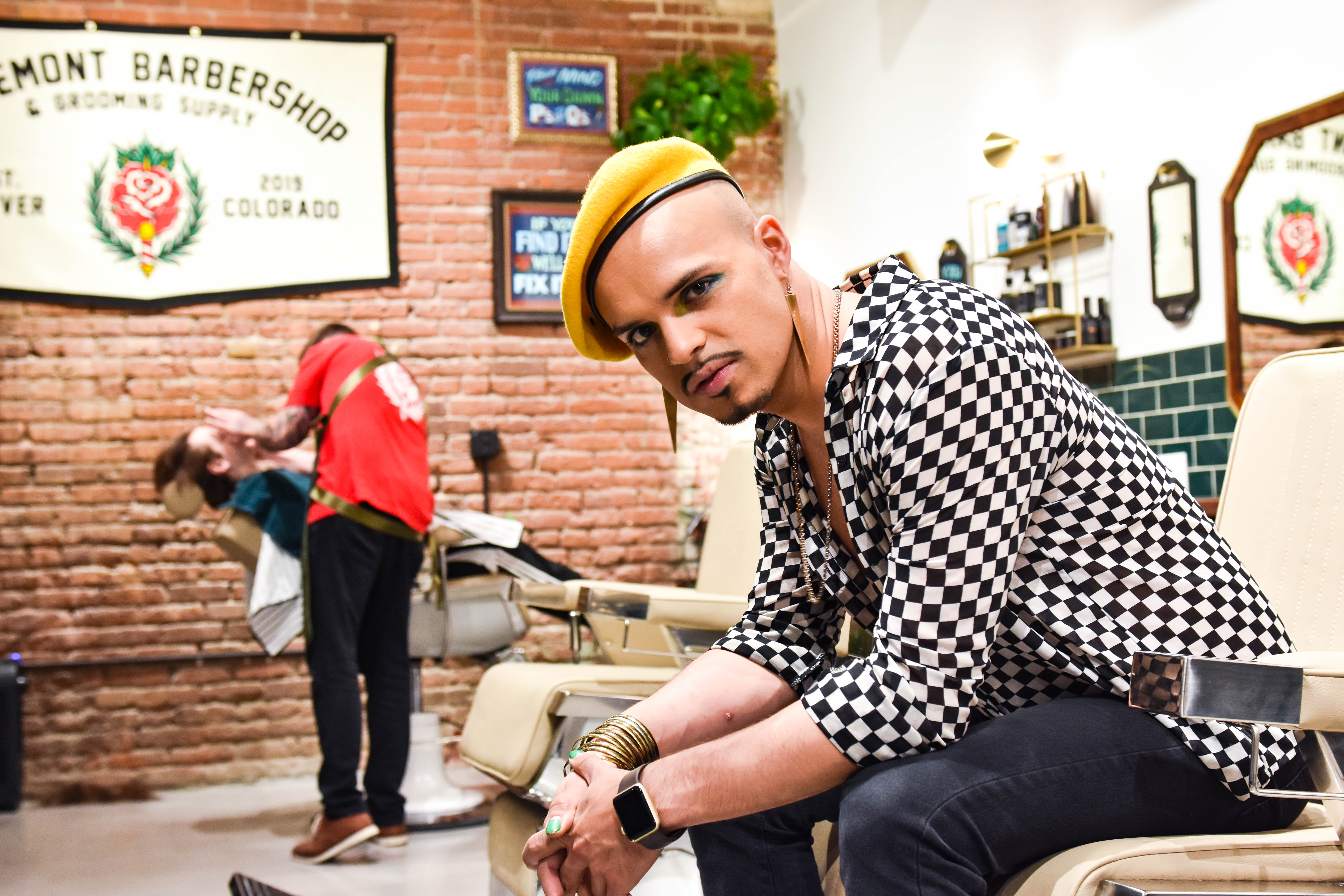 That confidence, however, Buddy feels is often a misconception. Not rooted in cockiness, the confidence with which Bravo hosts these events is not for him. Rather, its for his ability to draw it out of others.

“A lot of what I do is so other people can shine. It’s not the Buddy Bravo show, it’s not about me, but someone has to make it happen, and that’s what I want my role to be. The misconception that I’ve heard is that this is for me to have attention and that’s not my priority. I shine better behind the scenes — I’m not the actor, I’m not like the soloist, I am not that guy. I do better behind the scenes where I can support that guy, where I can fix the drag queen’s hair before she goes on stage, or I can help her learn this eight count before she goes on stage to help her be better and create that space for people in that platform. I want all my friends to be famous and I’m working on it. My misconception is that I think people sometimes see it as me trying to put the spotlight on me when I’m just trying to pick that spotlight up myself and put it on someone else and then help them.”

Despite his best intentions, fame may be the thing that’s the most unavoidable for the young mover and shaker. Creating spaces and visions of what gay culture looks and sound like in a city with a limited definition is audacious, but important. The task is the embodiment of what Pride Months stands for — standing, and creating something that could, in fact, live beyond themselves, so the next generation can look on and find their identity. Make no mistake, Buddy Bravo stands in the spotlight, but just enough so everyone can see what it looks like to shine.