Any fans of Denver music who have been paying attention will likely recognize Danny Cooper and Danny Stills. Known to most by just their last names, the duo has been part of the local music scene for quite some time. For almost five years, the pair have been making music as 888. They released their first single of the year last month — and if it’s any indication of what music they’ll be releasing in the future, then we can’t wait for more.

Both natives, Cooper and Stills met while playing in bands in high school. After meeting at a show, the two started making music – and the rest is history. 888 is the duo’s third band together, and it is vastly different from their earlier musical endeavors. Their first band, Drop Dead, Gorgeous, was a venture into the realm of hardcore that lasted nearly 10 years. That was followed by a brief pop-punk project called Bleach Blonde. Cooper and Stills have certainly changed quite a bit since the days of high school bands – including winning 93.3’s Hometown for the Holidays in 2015 – and their sound has changed as well.

888’s newest single, “Pins & Needles,” reflects the duo’s new alternative-pop sound – a sound that has garnered plenty of praise. From winning Hometown for the Holidays to playing Lollapalooza, it seems that the duo has found their groove and this new single is a perfect example of that. If “Pins & Needles” is any indication of what fans can expect from the group in the future, then we’re all in for quite the treat.

At its core, “Pins & Needles” is a song about heartbreak. Though the lyrics aren’t inspired by anything in the duo’s personal lives, the message is something that all audiences can relate to. “Mainly, when we write a song,” said Cooper in an interview with 303 Magazine, “we want to write something that people can relate to emotionally. And [heartbreak] obviously something that most people have been through and relate to on that level.” 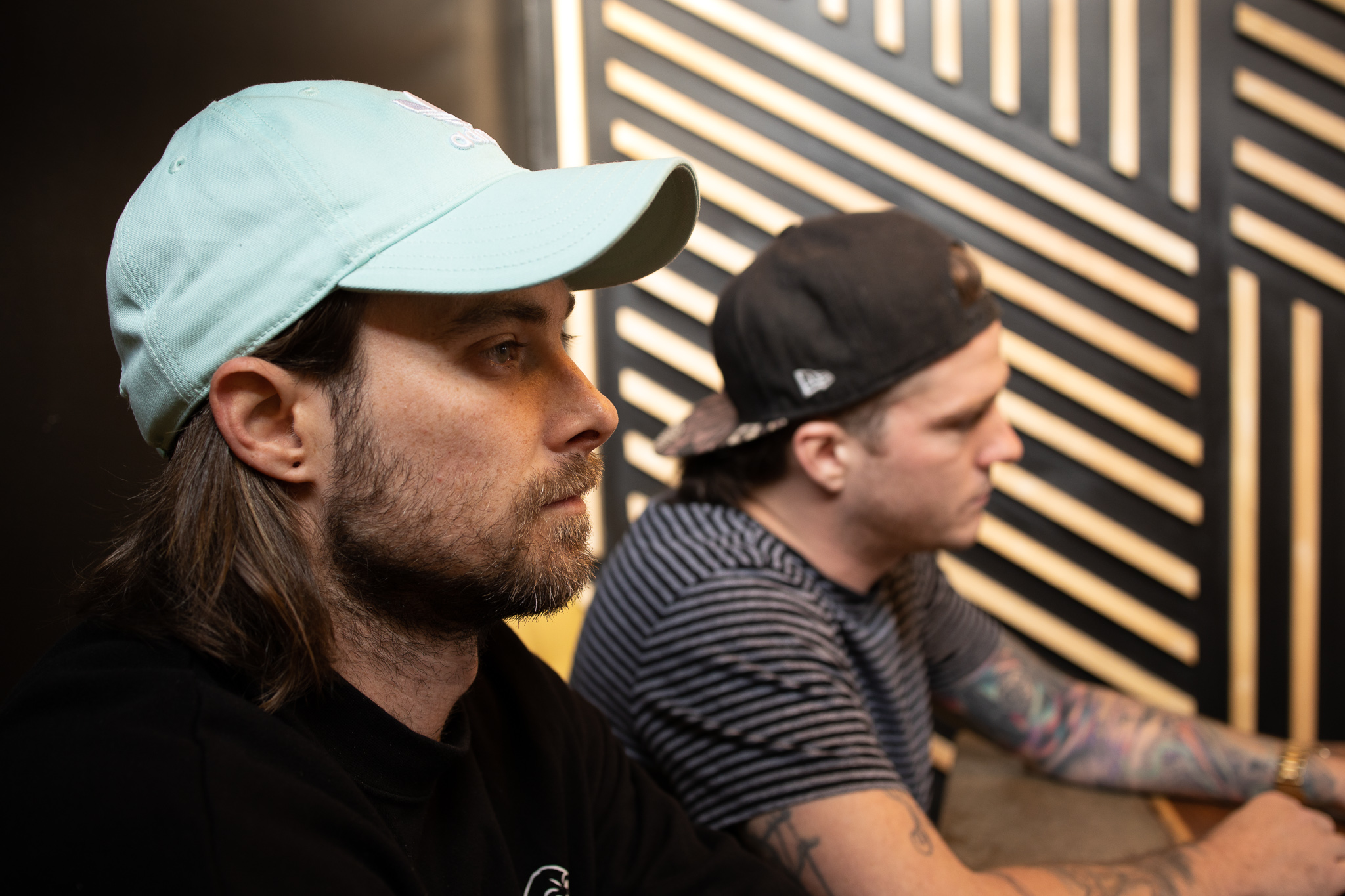 In regards to the method behind the songwriting, Stills explained that he draws inspiration from all around him. According to him, his goal is to tell a story through their lyrics – and 888 always seems to be drawn to sad songs. “So,” said Stills, “I’ll kinda get influences from other things around me. Sometimes, like when I’m at a bar or something I’ll just see drama and I’ll kind of just take notice sometimes and then think that this could be a good way to start writing some lyrics to a song. Obviously, if you’re not writing about your own life you have to have something to inspire you.“

888 has made a name for themselves, both locally and nationally and they’re showing no signs of slowing down.  “We’ve been super lucky,” said Cooper, “getting to do all the things we do and the fans we have we love more than anything. It’s awesome. We enjoy every minute of it for sure.” However, even with plans to play plenty of festivals and promises of new music sometime in the near future, Stills and Cooper still have plenty of time to think about what their future has in store.