The past year has been busy for emerging country artist Luke Combs. He’s kicked off this year with a slew of awards – including three Billboard awards and one ACM award for “Best New Male Vocalist of the Year” – as well as a massive headlining tour, the first leg of which came to a close Sunday night at Red Rocks. Fans got the party started well before doors even opened, and the fun continued on even after Combs’ closing song. It was a night marked by great music and dancing – and proved to be the perfect opportunity for Combs to two-step his way into our hearts.

The evening started the same way all great Red Rock’s shows begin, with a parking lot full of tailgating. Fans began arriving hours before doors opened, coolers full of beer in tow – a few fans even set up a game of corn hole. However, for any fans who tailgated too hard and missed the openers, they missed one hell of a set. When Jameson Rodgers kicked off the night many fans were still making their way up to the venue from the parking lot, beer in hand. However, by the time LANCO took the stage just before 8 p.m., many fans were inside the venue, though they were still looking for their seats. 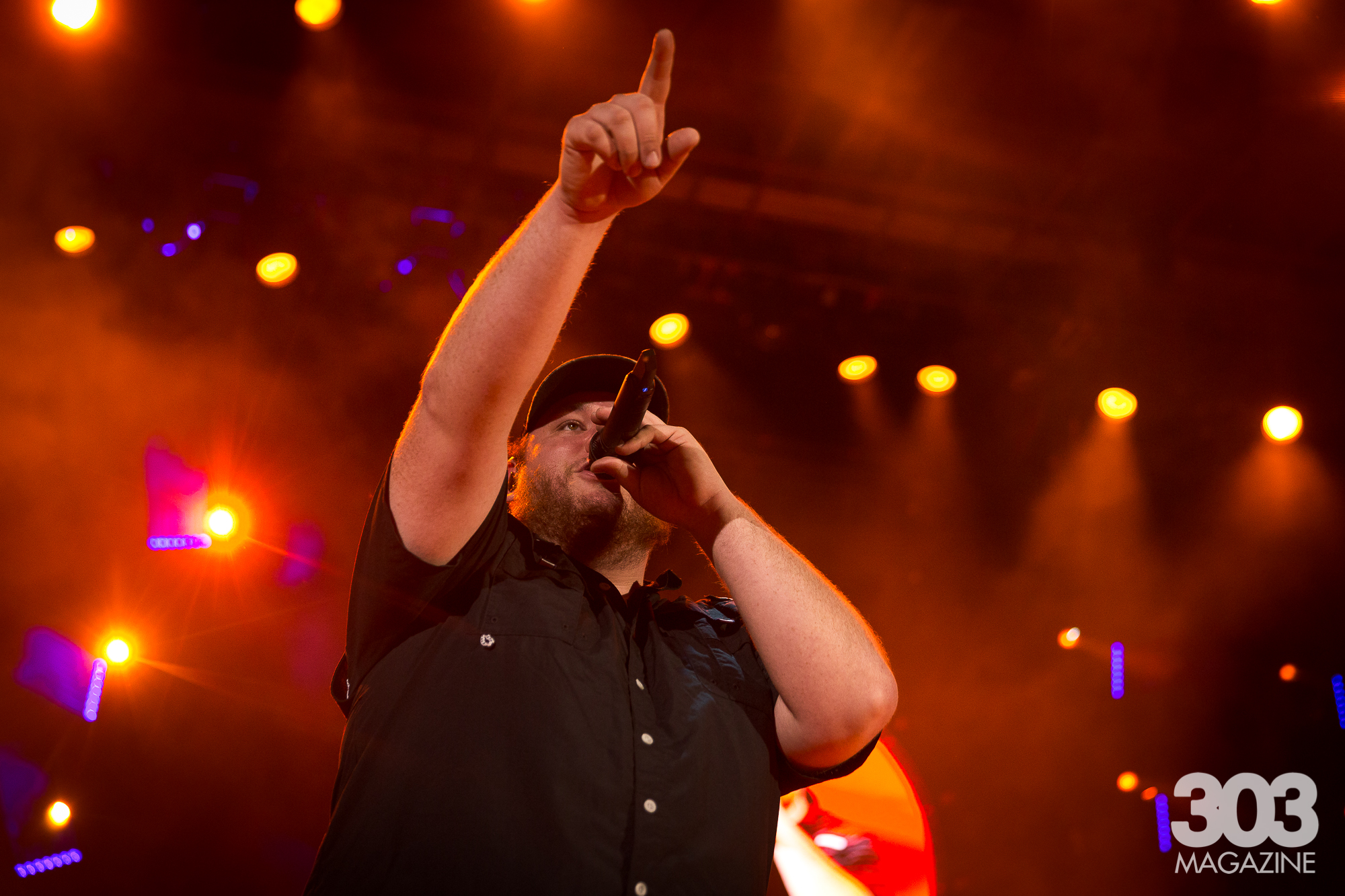 While many attendees were still grabbing drinks and finding their seats, there were plenty of LANCO fans in attendance who were sure to catch their whole set. They put on a high-energy performance, and they were clearly very excited to be playing one of the country’s best outdoor venues. “Thank you for being here with us,” said vocalist Brandon Lancaster. “This really is one of those nights you look forward to your whole life.” Lancaster truly made the most of the evening, even walking out into the crowd and climbing up on the rocks to perform one song.

While LANCO’s lively set was the perfect warm-up for the crowd, the party didn’t truly start until Combs took the stage just before 9 p.m. The lights dimmed as the sound of a radio tuning quickly captivated the audience. When Combs finally arrived, the audience erupted into excited cheers and applause. Once Combs started, we all wished that the night would never end. “Obviously,” Combs called out to the audience between songs, “this is the coolest thing ever. So thanks for being here.”

Combs expertly moved across the stage throughout his set, delivering a pitch-perfect performance. However, he took plenty of breaks to talk to the audience. The personal stories he told gave the show a feeling of intimacy. Combs took time to thank everyone for supporting him over the years, especially his mother – who was in attendance, making it arguably the best Mothers Day gift of the year. He also took time to thank his fans. “This is insane,” Combs told the crowd. “I hope you all know that. This is insane to be down here looking up at all you guys.”

Combs continued on to discuss some of the nay-sayers who discouraged him from pursuing a singing career. While he may have been told that he was destined to be a songwriter because no one would ever pay to hear him sing, Combs clearly proved them all wrong by selling out numerous shows on this tour, including Red Rocks. And his performance stood as further proof that Combs is an undeniable force to be reckoned with in the country music scene. He again thanked the audience for their continued support. “It’s an honor to play for y’all,” Combs told the crowd before dedicating the next song, “This One’s For You,” to the audience. 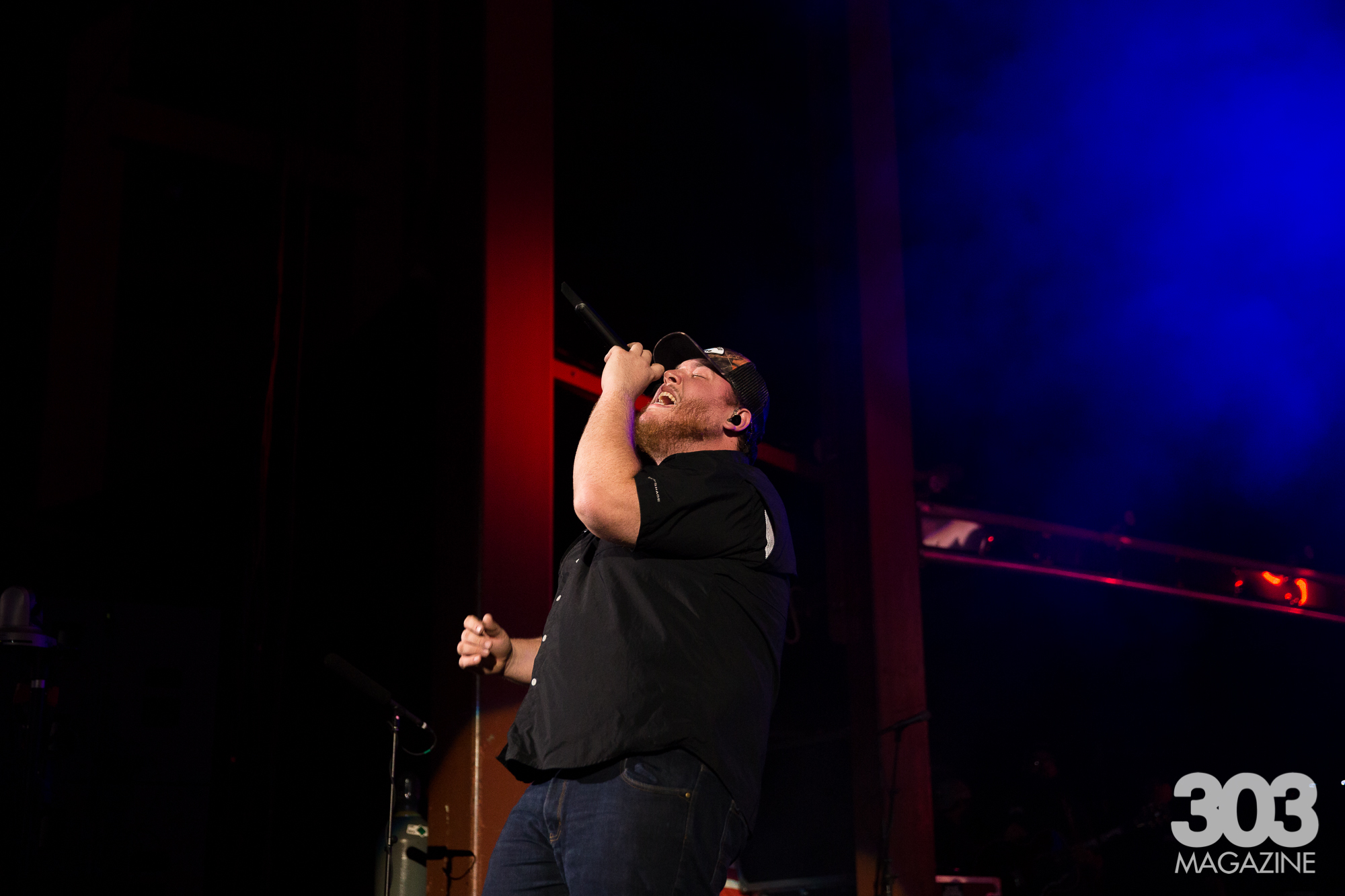 While we all wished the evening would be the start of a never-ending summer party, we knew it couldn’t last. After more than an hour and a half of one of the best country music shows Red Rocks will see this year, Combs’ performance finally came to a close. “Red Rocks, this has been unlike any other night in my life,” Combs announced. “I will never forget you. I will never forget this.” He closed the evening with one of his earliest hits, “She Got the Best of Me.” Combs then raised a red Solo cup to the audience before gathering the band for a quick photo to commemorate the occasion.

While Combs’ set may have ended, the audience was still riding their music high all the way home. As the band left the stage the PA system blasted “Cotton Eye Joe” and started a dance party that carried us to the parking lot. While the slow-moving procession out of Red Rocks is usually tedious, the Rednex tune left the audience line dancing their way out of the venue. Even in the parking lot audience members kept the night alive by starting an impromptu sing-a-long to Combs’ “She Got the Best of Me,” and passing out beers to shotgun for those on their way to catch their ride share. Combs’ energetic performance was infectious throughout the evening, even carrying on long past the final verses of his set. For anyone who was fortunate enough to catch Combs’ debut Red Rocks show, it was a night that won’t soon be forgotten.