What does French Kiwi Juice taste like? According to last night’s FKJ show, the answer is funk, jazz and R&B. Hailing from Tours, France, the multi-instrumentalist has garnered a hefty fanbase since his 2017  album, French Kiwi Juice, debuted on Roche Musique. FKJ, real name Vincent Fenton, has also made a name for himself as a staple at festivals all over the world, including 2017’s Coachella in California.

Tuesday night’s performance welcomed in several inches of snow because Denver can’t let go of winter like a clingy ex. Thankfully, this rarely shakes the numbers at a worthwhile show and FKJ was no exception. Tuesday night was initially billed as the only Denver tour stop for FKJ, but due to popular demand, a Monday night show was added shortly after the first show sold-out. The highly attended event was supported by Lou Phelps as the opening number, whose rapid-fire raps perked up the snowy, sleepy evening and got the fans attention. 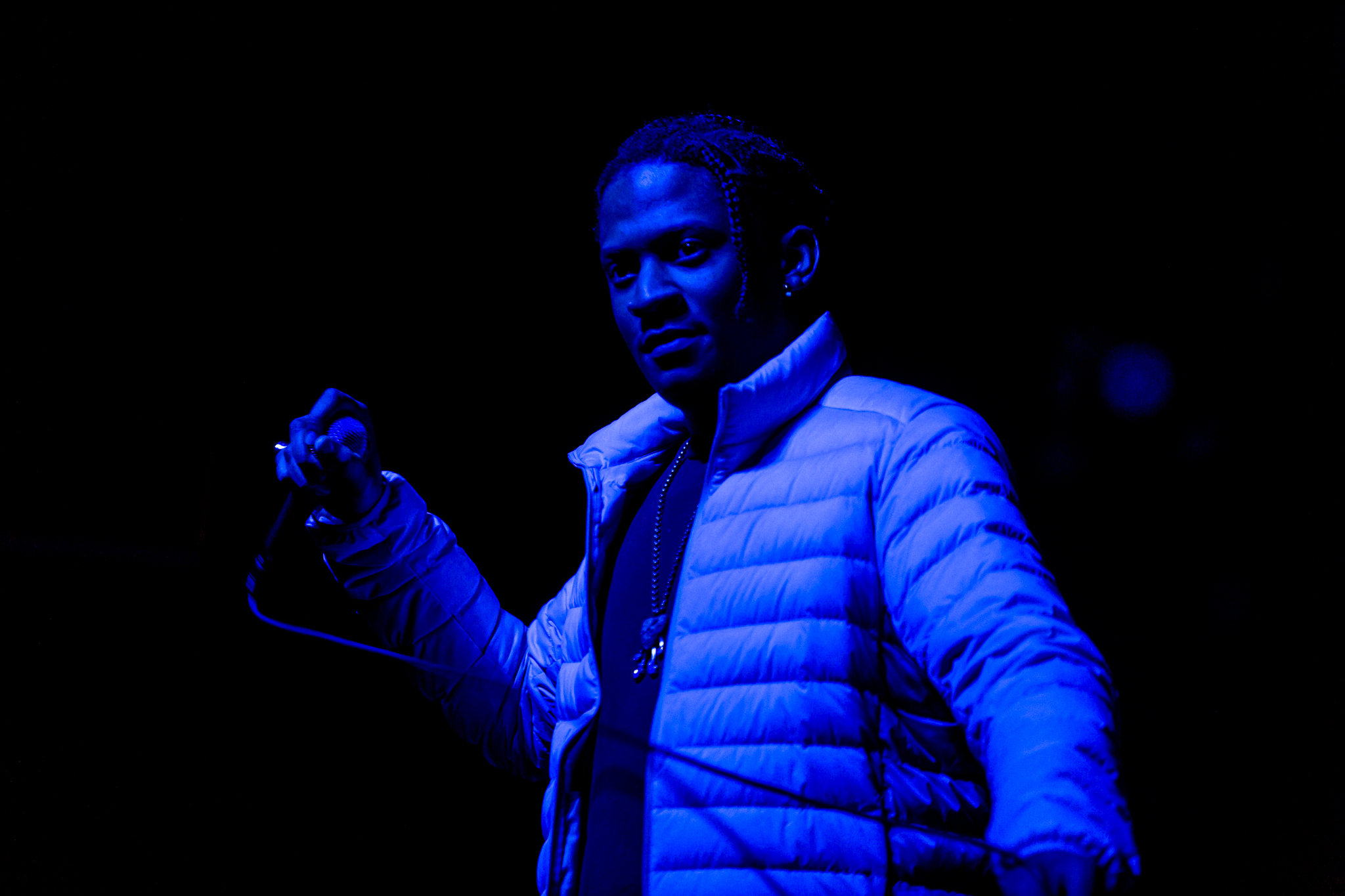 FKJ took the night into his own hands at 10 p.m., hopping behind an insane setup that encompassed instruments capable of making just about any musical noise one could imagine. Several guitars hung in the backdrop behind his seat and floor to ceiling transparent drapes hung before him. Before the music began, the words “environment changes you,” read across the screen before morphing into, “I needed change.” He opened up with the ever-popular “Skyline,” which had the room (notably female dominant) singing along enthusiastically. He abandoned his synth at the height of the track and raced back to the piano at his left to continue the song acoustically, which gave the song an interesting duality — split between two different intentions.

The vibe of the room picked up and went crazy as FKJ jammed vigorously on the keys. Lights illuminated behind him against the large see-through drapes, projecting his shadow as tall as the intricately painted ceiling of the venue. This visual became even more inspiring when the musician switched to the saxophone, rocking his entire body back and forth to his own epic notes. The sophisticated but simple stage set up gave the audience the opportunity to get entranced in tracks like “I’m Losing My Way” and “Is Magic Gone” without distraction. 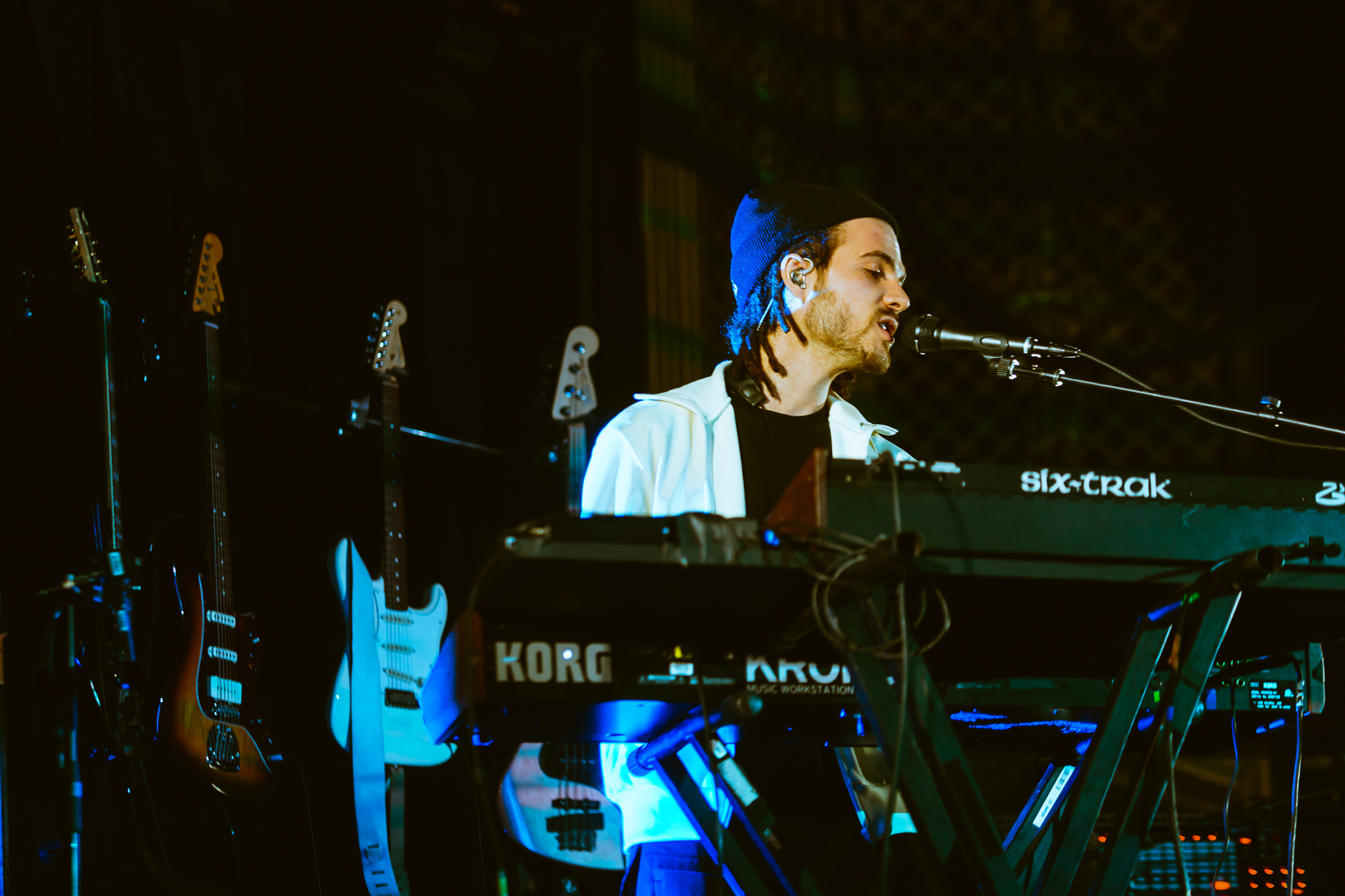 One of the most interesting points of the evening was a brief segment where FKJ took a moment to cover some other songs, such as Dr. Dre’s “Xxplosive” and Busta Rhymes’ “Give It To Me.” “Go Back Home” brought the night back into his own tunes, paired with the most explosive lighting showcase of the evening. After “Tadow” and “Vibin’ Out With (((O))),” the singer thanked Denver and promised to return soon. Of course, that promise was kept, as he returned seconds later to jam out more funky licks before closing down for good.

The second night wrapped up the Denver run perfectly, and the demand proved to the foreign musician that he will always have a crowded room when he brings the kiwi juice to the Mile High City. If you missed this two-night R&B experience, fret not, as he returns in three short months to perform at Denver’s newest premier venue, Mission Ballroom. You can find tickets to the August 8 show here.