Review – The Faint Unleashed A Beast At The Bluebird

A riot raged on through the silence of night at the Bluebird Theatre. Low-end bass and heavy-handed drums bore a hipster haka of military boots digging into the floorboards, with the hooting and hollering of overconsumption and unbridled excitement adding to the scene. Heads bobbed and weaved to the electronic flares on stage as if it were a pit of snakes  — with arms — reaching toward the ceiling shaped into fists. The Faint was in town. Taking over the Bluebird Theatre, Wednesday night, the long time electronic-rock trailblazers were as bruising and hard-hitting as ever.

Opening the void, and consequently, the show, Closeness, the side project of The Faint’s Todd Fink took the theater by the hand and led us into a darker place. The duo, Fink and his wife Orenda on guitar and bass, slipped into shapeshifting vocals spliced against rupturing synths and programmed drums. The sound, akin to acts like The Knife and TR/ST poised their unity as a violent affair, as the mix bled out through the speakers and drenched the audience in the aftermath of some semi-precious ritual. With more restraint than The Faint, Closeness churned out an unsettling edge to their matrimonious descent that had the audience practically begging for a safe word. 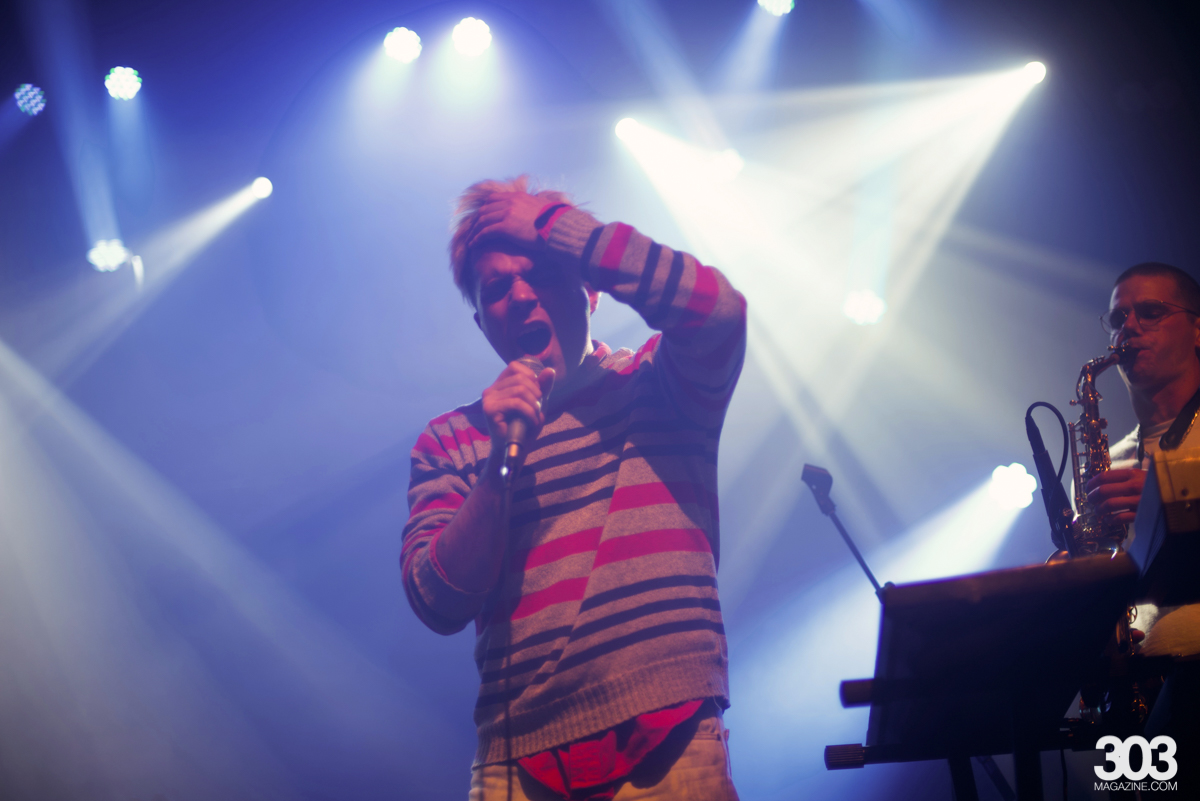 Following Closeness, was Salt Lake City-based Choir Boy. Where Closeness was slow burning and seething, Choir Boy was lush and heart-wrenching. Led by lead singer Adam Klopp’s decadent vocals — in the realm of Morrissey by way of Talk Talk’s Mark Hollis — the band uncorked a polarizing ‘80s throwback of a performance. Weaving tunes that felt like they’d been uncovered from a long-lost time capsule from the era, Choir Boy left the audience wondering whether the art was greater than the imitation, and vice versa. At their best, the band doused the audience in dream pop too good to wake up from, whilst other songs were on the nose to the point where even Greta Van Fleet would blush. Whatever the case, the band managed to hold on to their mystique, so perhaps it’s a question better left unanswered. 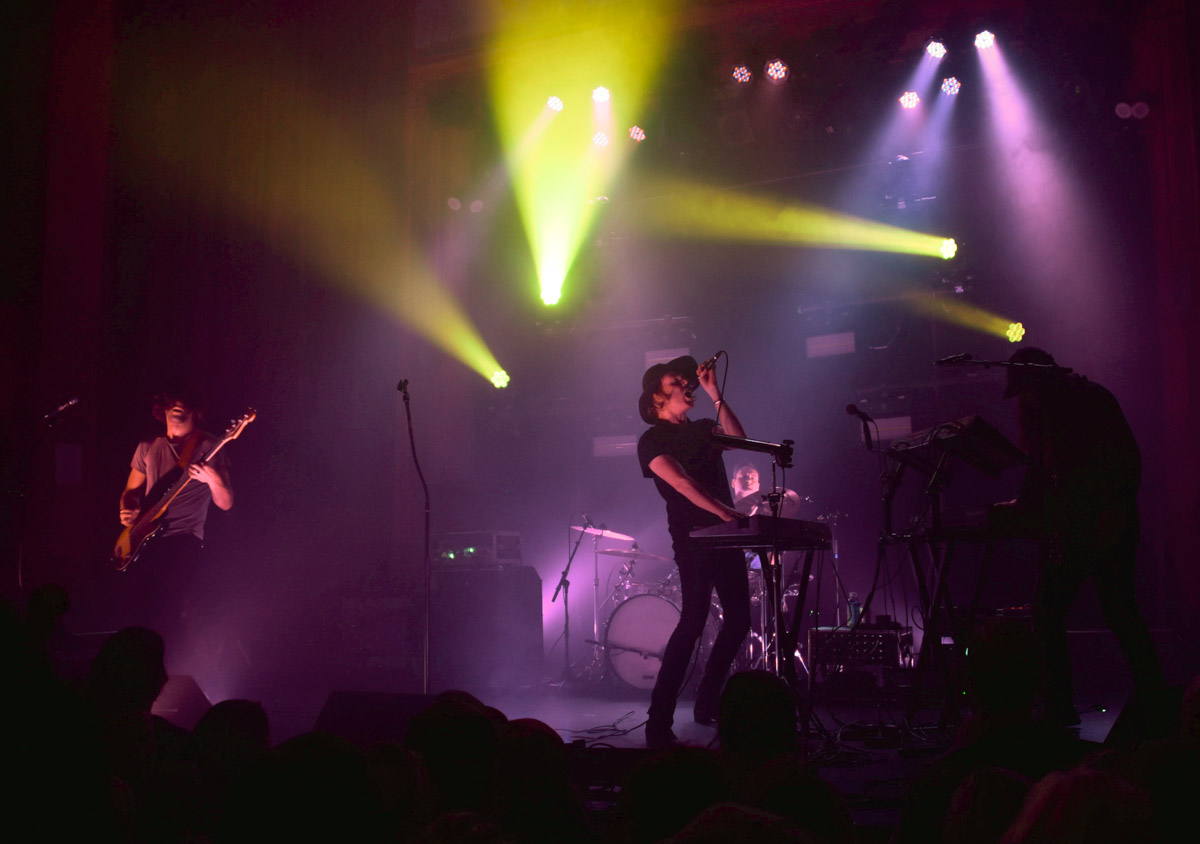 The Faint, after a brief changeover, hit the stage to the bone-rattling arpeggiated synths of “Quench the Flame.” Wading through harsh blue and red lights, the atmosphere disintegrated rapidly into the floor stomping visage as previously imagined. The band took off running on a bevy of career-spanning highlights. “The Geeks Were Right” emerged early in the set, making way for heavier numbers like “Desperate Guys” and the rapturous “I Disappear” to thrust the audience deeper into the growing calamity. A couple of elbows were thrown, a couple of drinks spilled and a couple of people were miffed, usurped in the momentum shift down on the floor. From higher ground, the crashing waves of arms and heads clashed with the electronic turbulence of The Faint’s frenetic tunes. 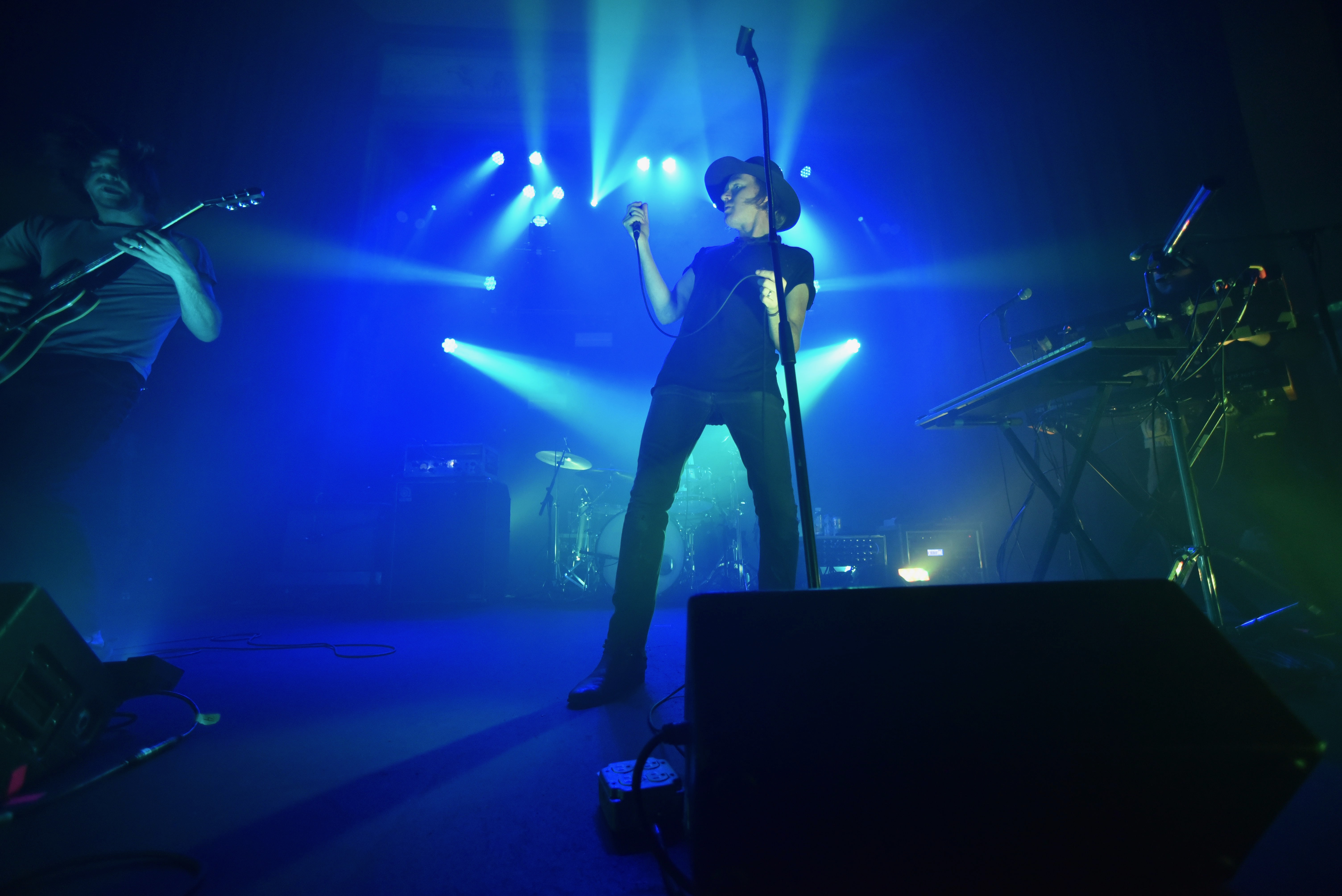 The band, with no visible resolution to stop, continued to throw down the gauntlet. “Skylab1979” splintered the crowd into factions beginning to mosh, and “Paranoiattack” chugged through the cut with reckless abandon, whereby the band pounded on their instruments and threw themselves across the stage landing in provocative stances. A brief rest before the encore allowed the audience to catch their breath and mop up their sweat, only to be shaken up by an encore book-ended by fan favorite “Glass Danse.” In terms of raw energy and a heavy dose of insanity, The Faint laid it on thick — but then again, who would want it any other way?

All photography by Coy Jennings