In recent years, electronic dance music (EDM) has become a tour de force at Red Rocks. Massive nights booming with “womps,” low-frequency bass, and euphoric drops have filled more and more of the summer lineup. As if it were an abbreviated festival, young adults flock to the amphitheater sporting absurd day glow costumes, neon fur-clad boots, disco ball jackets and gloves whose fingertips light up in a spectrum of colors and blur to the sound of the music. It’s both obnoxious and at peace with itself — rave culture, blown out of orbit in pyrotechnics and LED screens that singe your corneas in an array of visuals that beckon like a fly to a bug zapper. Many of the electronic dance concerts at Red Rocks are full-throttle serotonin rushes, which made English brother duo Disclosure’s appearance Monday night, somewhat of a rare treat. Disclosure, having forged their path with a hybrid that both appeals to pop and underground house music, detoured from the festival and took Red Rocks straight to the club — it was nuanced, it was euphoric, and most importantly, it was deep. 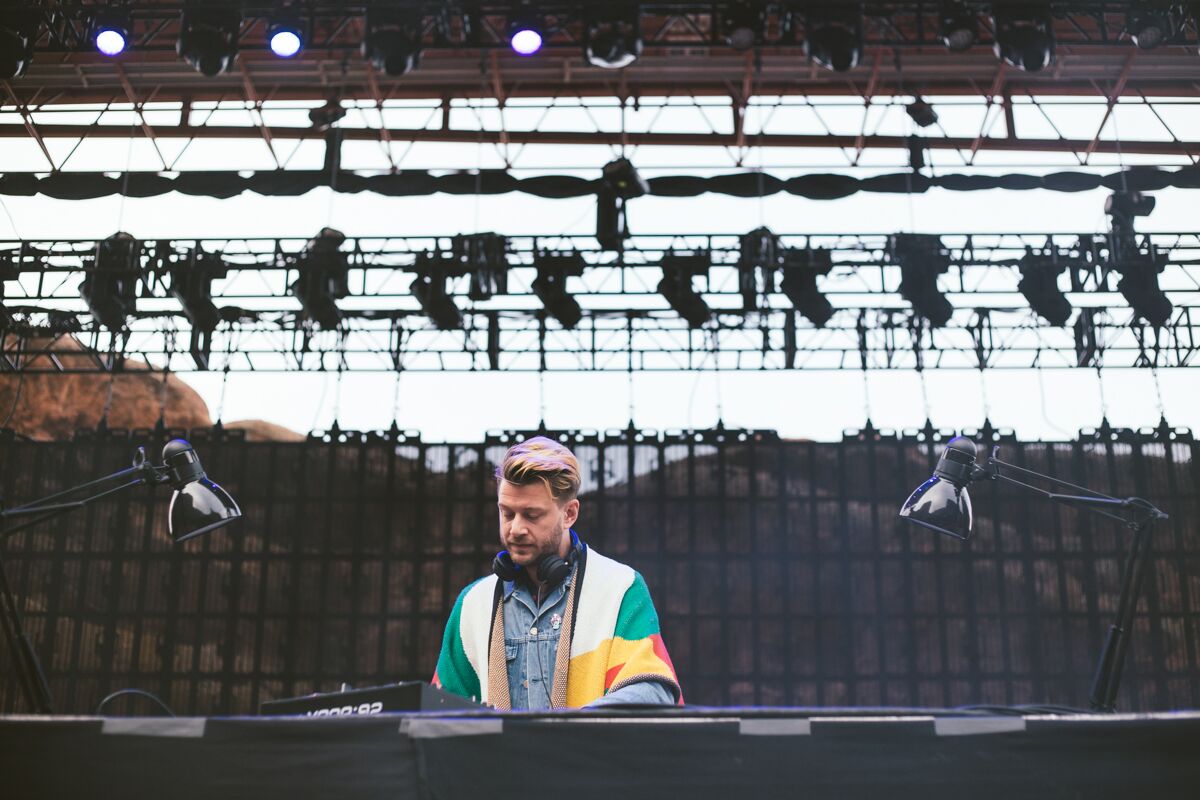 Coinciding with the club vibes of the night, Disclosure brought along a stacked lineup of openers to set the night off right. First, up to bat, Denver’s own Black/Tuesday took the reigns as people flooded into the amphitheater, taking their homegrown house and techno on a joy ride atop the monoliths’ stage. Following, lo-fi house staple DJ Seinfeld took to the decks, spinning a rollercoaster of a set, that at one point bounded from introspective house jams to an all-out singalong to Dead or Alive’s classic “You Spin Me Round (Like A Record).” Needless to say, the audience was well into feeling out the energy and dancing across the tiered steps by the time, the third openers, a back-to-back set from Leon Vynehall and Axel Boman took to the stage. Despite what felt like Boman taking the brunt of the spinning, the two traded genres — spilling from jungle and slight drum ‘n’ bass to atmospheric choices that kept the audience guessing. Lastly, Four Tet rounded off the openers with a masterful performance that made one hell of a statement. 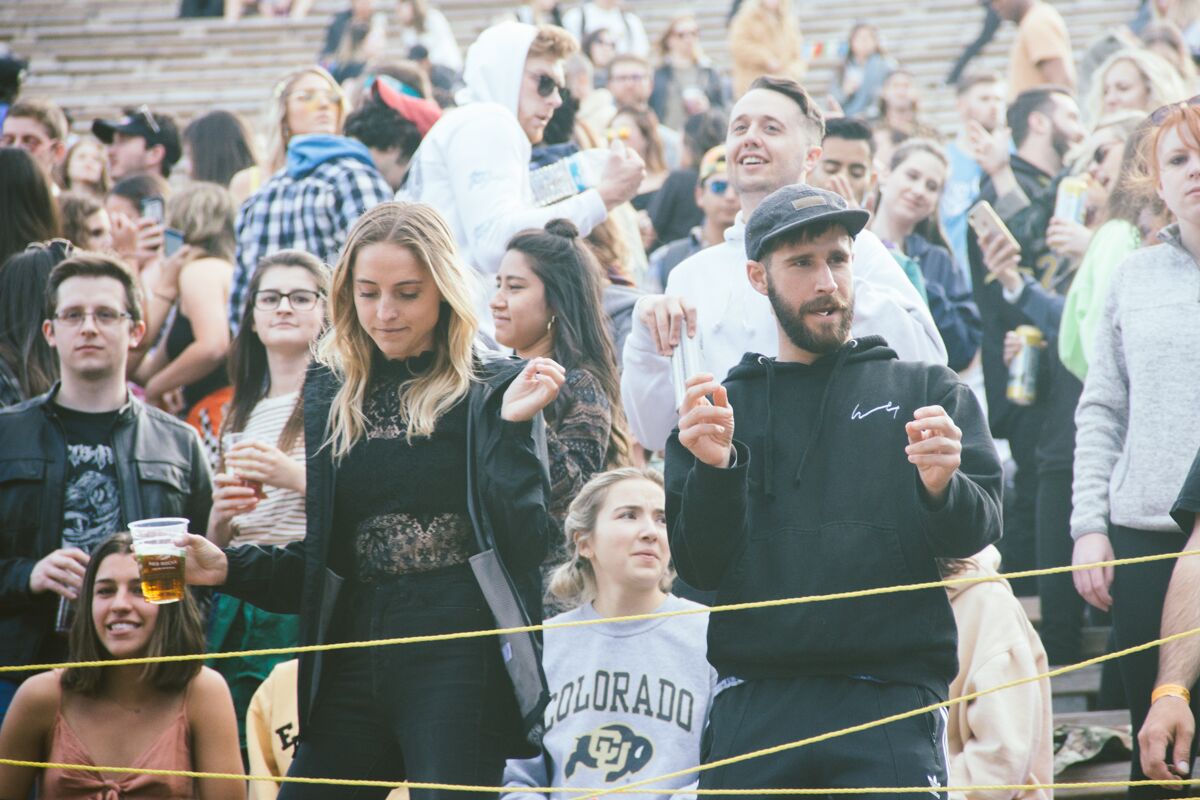 In a set that included everything from Ty Dolla $ign samples to his Nelly Furtado sampling “Only Human,” and throwing atmospheric techno atop jagged trap-inspired bass, Four Tet had a superb showing of left-field selections but a razor-sharp intuition of the audience’s vibe. With a completely dark stage, aside from two lights on his DJ stand, Four Tet was off the cuff but managed to finagle the audience on his side without any introduction. His set, which spoke on the human condition through sound bites and his song selection, concluded with a quote denouncing racism that looped into the abyss.

By the time Disclosure was set to hit the stage, a bitterly cold wind began to sweep through the amphitheater, only to be quashed as the duo launched into “When A Fire Starts To Burn.” Dancing amidst the rapidly depreciating temperature, the crowd ate up the duo’s grooves and spun out among the smattering of their hits dispersed among deep cuts from the duo’s record collection. House tracks spliced with ’70s and ’80s soul and disco samples, like Soul Reductions’ “Got to Be Loved” floated in and out of the group’s recent output like the Fatoumata Diawara sampling  “Ultimatum” and “Moonlight.” Their now-iconic facial tracing jetted across the massive screen full of animations of guest singers and the pulsation of the songs. 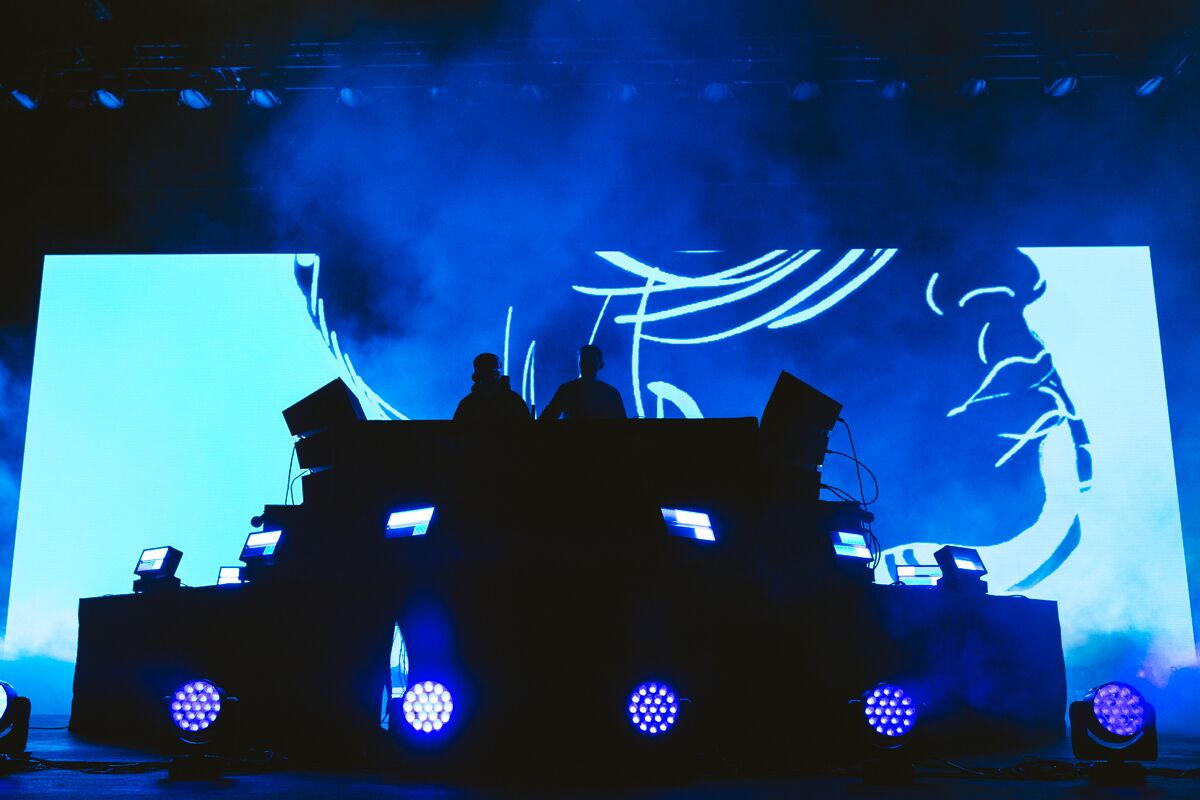 At times, it felt as if the brothers, Howard and Guy Lawrence, were crate digging, transporting the amphitheater to a hole-in-the-wall bar — dropping songs that typically do not get the time of day on a stage as big as Red Rocks, but turned it out anyway. People were getting down as far as the eye could see in the heady atmosphere — a testament to the brother’s ability to curate an experience that encompassed far more than their big hits. Disclosure was de facto bringing an often missed but critical aspect to their performance — the discovery factor. What could have easily been a hits-heavy set reliant on what’s come before was brushed aside for something that felt far more organic and serendipitous. It was as if the brothers were bringing a bit of the underground up to face the light — pushing Red Rocks to experience something new — throwing in some old and completely flipping the script.