Let’s Roam founder Charlie Harding says the idea for the app dates back as far as the fifth grade. Only three years ago he and his brother Mike took their childhood dream and transformed it from a rough set of ideas about finding adventures in the community to the No. 1 scavenger hunt app on the market. While the company was born in St. Louis as scavengerhunt.com it has since moved to Denver, rebranding itself and expanding to cover hunts in over 300 cities worldwide — almost every major city in the US, Australia, Canada and the UK has one or more of their uniquely designed adventures. 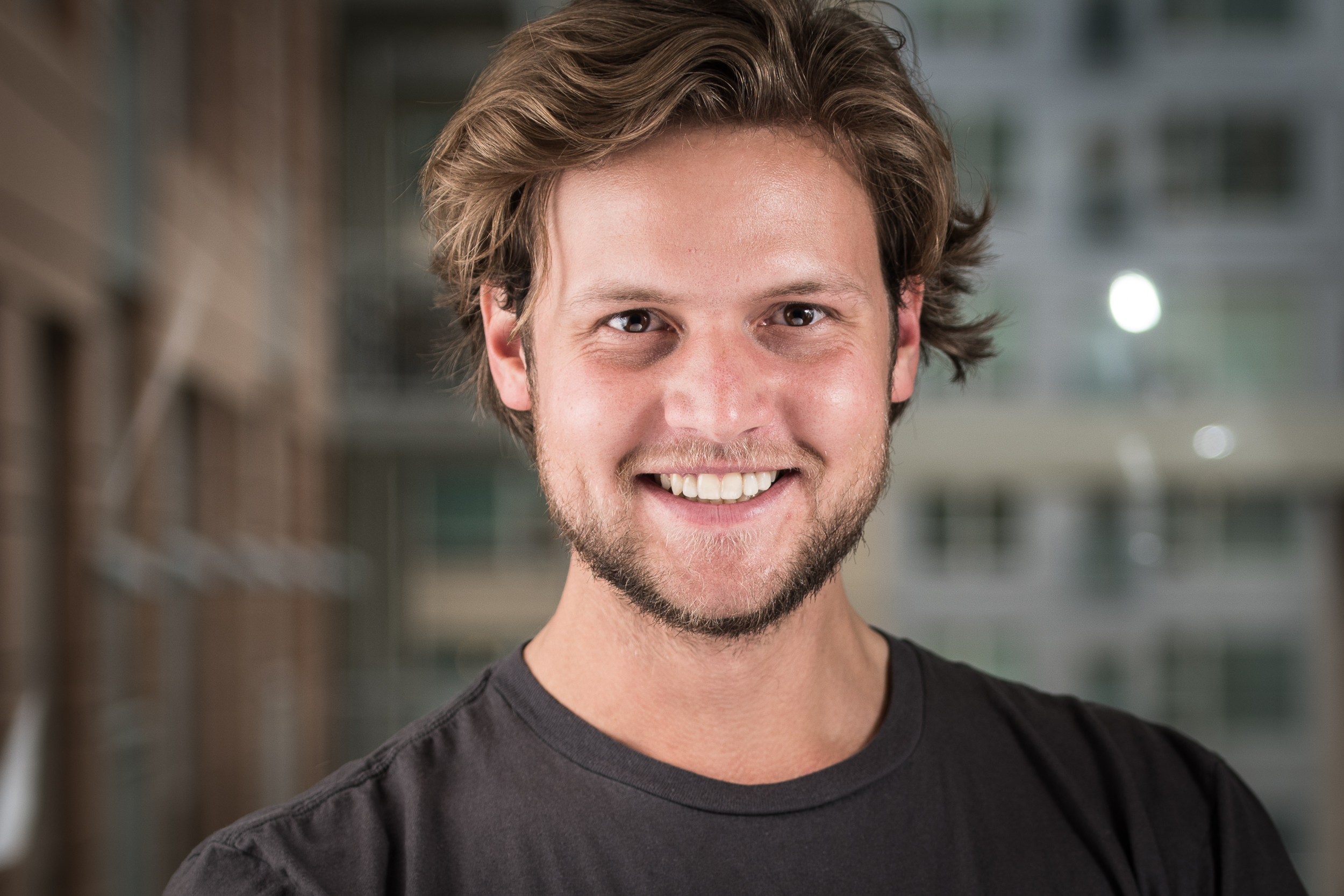 The Hardings designed the app as a tool to help their customers explore their community without the app being the main focus. Charlie hopes that it will be used to foster connections and enrich user’s understanding of wherever it is they choose to explore rather than become the main focus. “I’ve lived here for 10 years, I’ve walked by this coffee shop every single day and I didn’t realize how cool it was,” is the kind of response Charlie hopes to achieve. Considering the breadth of the app’s reach and the frequent positive feedback the company has been receiving it appears that he may be on to something. In Colorado alone there are 14 hunts — Denver, Boulder, Vail, Breckenridge and most recently the city of Greeley have individual expeditions.

Many of the cities that Let’s Roam operates in have multiple hunts in different neighborhoods. Denver has different experiences set up in LoDo, Cap Hill, RiNo and a ghost tour. From there, users can further personalize the nature of the event by choosing from one of the many ticket options — date, team build, friends and family, holiday, youngster and bachelor and bachelorette. Each option will provide different prompts and questions at each of the eight to 15 included sites to inspire interactions best-suited for the particular event. The walking tours are designed to last roughly an hour to an hour and a half and tickets are available for $11 per person.

The community-oriented company strives to make a positive impact, giving back in a variety of ways. The group has already donated over $50,000 to a variety of non-profits, provides a student discount and has launched a food-bank initiative in Denver with larger-scale plans in the works. 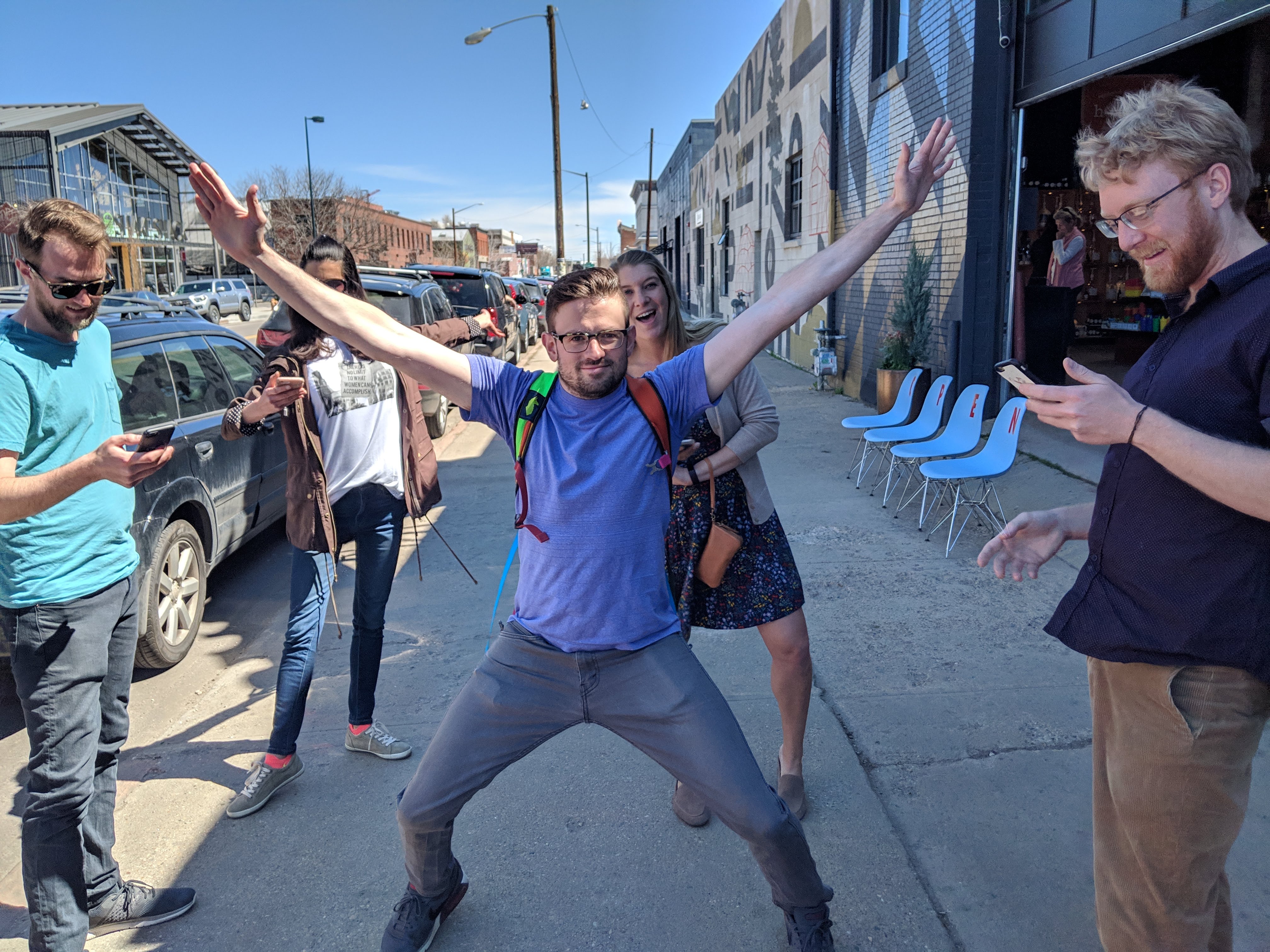 Some of the Let’s Roam team on a hunt.

Three weeks ago the app launched the beta version of the dining membership. Featuring over 40 restaurants, the digital passbook features special promotions, often focusing on items that individual locations have become best known for. As with everything else in the app, the membership has been thoughtfully constructed to promote experiences. At each restaurant, the deal comes with conversation starters, games and challenges.

“We want the phone to be nearby, but not in between,” said Charlie. While recognizing the challenges of fostering interaction through a digital medium, he and his team have developed a platform that makes for an easy springboard rather than one that draws your attention away from the present.

LoHi Steak Bar, Ophelia’s, 1515 Restaurant, Dos Santos and Vesta are all included in the Denver membership. The beta version is available for $40 for a six-month membership, though the pricing may change soon as the app is further developed, though anyone on the beta will be grandfathered in if and when the change does occur.

All Photography Courtesy of Let’s Roam.