Review – Foxing Was a Beacon of Hope for the Gothic

St. Louis band Foxing released their latest album, Nearer My God, last year much to the delight of fans as well as critics who praised the ambitious album for its cacophonous instrumentals, but more importantly for vocalist Conor Murphy’s lyrics. Earlier this year, Foxing announced a co-headlining tour with fellow indie-rockers Now, Now — a band who also released a new album last year. That tour came to a close at the Gothic Wednesday night.

Foxing’s set was sandwiched between opener Daddy Issues and fellow headliner Now, Now — though it’s safe to say that Foxing stole the spotlight as their set was the crown jewel of the evening. Fans were still finding their way inside when Daddy Issues took the stage promptly at 8 p.m. The girl group — which formed just a few short years ago in 2017 — took to the stage and immediately launched into playing. Unfortunately for the self-taught indie-rockers, the performance fell flat as each song blended into the next. Each member of the group, in addition to playing their instruments, was rooted to their place on stage as they were unable to leave the microphone or carry it with them making it nearly impossible to work the stage and connect with the crowd. 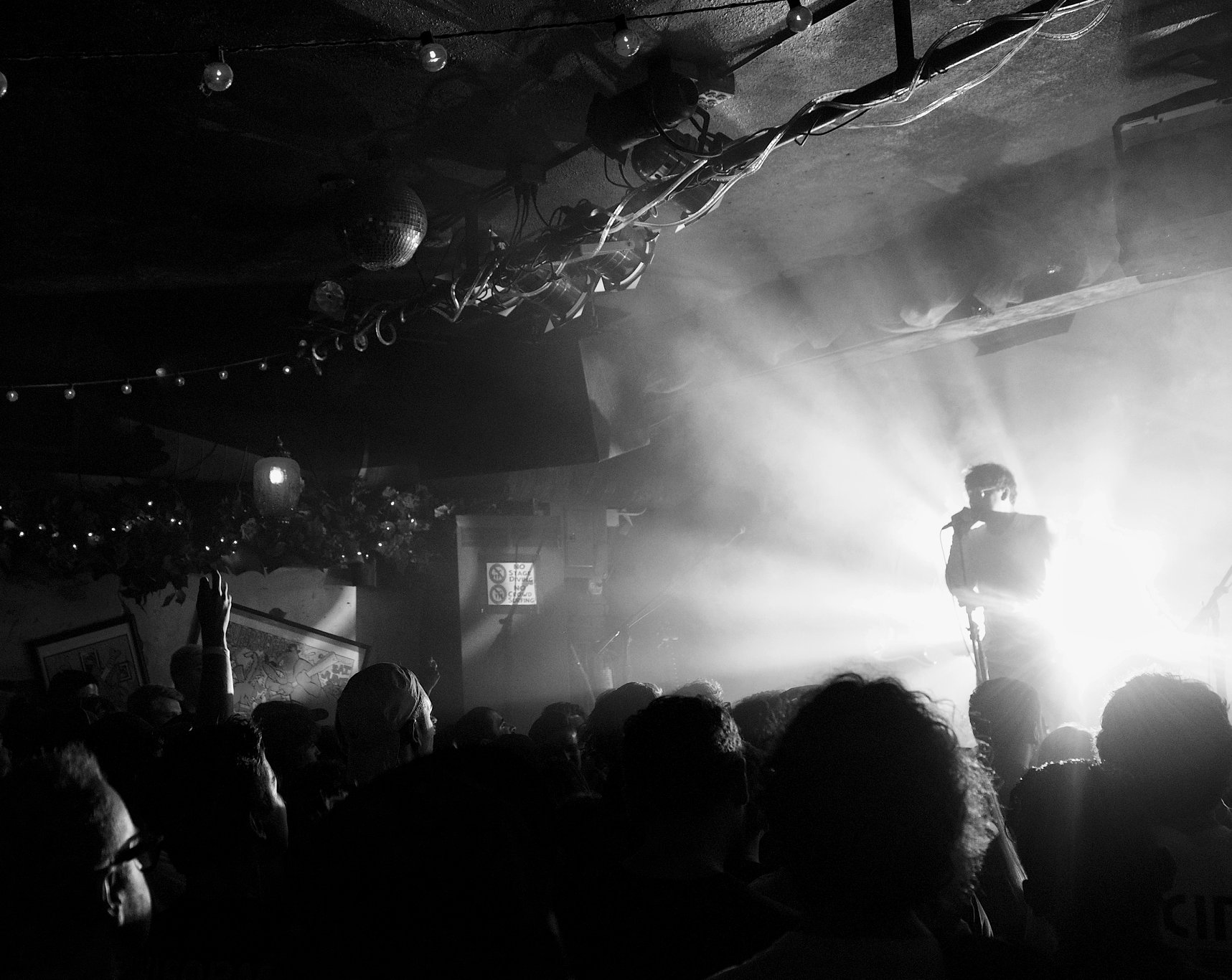 Now, Now also struggled to please the crowd following Foxing — though, to be fair, Foxing proved to be an impossible act to follow. Now, Now faced an uphill battle as it quickly became apparent that a sizeable number of fans came out just to see Foxing. In fact, after Foxing’s set came to a close there seemed to be a steady stream of fans leaving the show early. Now, Now’s set was marked by technical difficulties at the outset, namely a microphone that continued to fail vocalist Cacie Dalager. However, once the microphone was fixed Now, Now continued on without incident. Fortunately, despite the notable number of Foxing fans who went home early, there were still plenty of Now, Now fans left to sing the night away with the indie-rock duo.

While Now, Now and Daddy Issues are undoubtedly put on a good show for their fans, they were no match for the powerful performance Foxing gave. Still riding the high of their most recent album release, it’s hard to imagine Foxing could ever give a bad performance. True to their style, the recent album bends genre boundaries and presents listeners with a feeling of despair in response to the current social climate. However, despite the melancholic melodies and seemingly pessimistic lyrics, listening to Foxing leaves fans with a feeling of hope — a feeling that they brought to their performance at the Gothic.

From the outset, it was clear that Foxing’s performance would be filled with emotion. Murphy paused twice between songs to discuss his feelings with the crowd. It was an emotional night for the band considering it was the final night of the tour, Murphy explained. While they could not have been happier to be part of a tour with bands that they love and admire, it was hard for them to admit that it was time for it to end — especially after Murphy stated that he isn’t sure if it’s a touring line-up that will ever happen again. 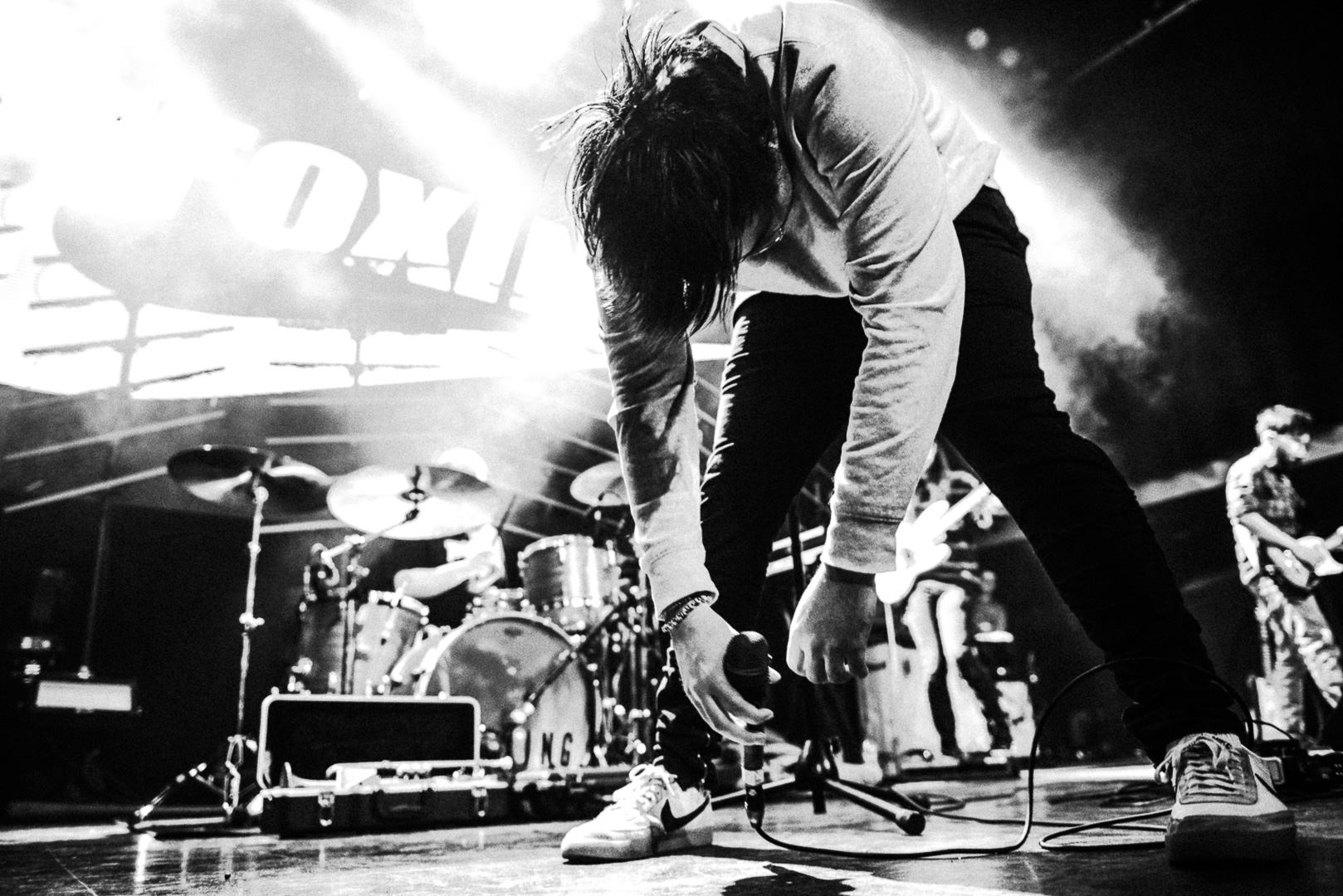 Murphy’s one-of-a-kind vocal performance was striking and full of emotion, especially when combined with the resonating melodies. Foxing’s masterful lyrics are ripe with verses that hit home — and prove to be especially powerful live. Fans emotionally yelled along with Murphy when presented with resounding lyrics like “I want it all,” which speak to the struggle of reconciling who you are with, what you truly want and finding your place in the world.

Both Foxing’s recorded music and live performance provide fans with a sonic experience that begs for contemplation. Ultimately, throughout the performance, Foxing proved to be a shining beacon of hope for emo-revival fans who are drawn to melancholy. The message in Foxing’s music seems to be clear, and their performance only served as further proof — we live in times that can often seem bleak, and yet, despite the odds, we are all still here.