New Exhibit Tells The Story of Colorado’s History Through Beer

Colorado is known as the State of Craft Beer. The nickname might be a part of our modern-day lingo but it’s relevant for all of the state’s history. Colorado has long held a reputation as a craft beer powerhouse in the United States and we aren’t just talking about the imprint of Coors Brewing Company. For 160 years, beer has helped define the Colorado experience — from saloons in mining towns at our state’s inception to the newest microbrewery opening up in RiNo.

The History Colorado Center spent the last five years pulling together a picture of our state’s boozy history through a new exhibit called Beer Here! Brewing the New West. It showcases how Colorado’s economic, environmental and even social history can be told with beer as the common connection. The exhibit was created by Jason Hanson, History Colorado’s chief creative officer and director of interpretation and research along with Sam Bock — who was the lead developer for Beer Here! and is a public historian for History Colorado. The story lent itself to creating five sections, as Bock put it. “Beer shines a light on any moment of Colorado history but there are five eras where we think it explains the most important things.”

With so much time spent in the creation of this exhibit, we asked Bock what he wanted people to walk away from the exhibit thinking or asking. “It’s really about that central question what is the New West? What does that have to do with our breweries? Why do we have 360 breweries today?” 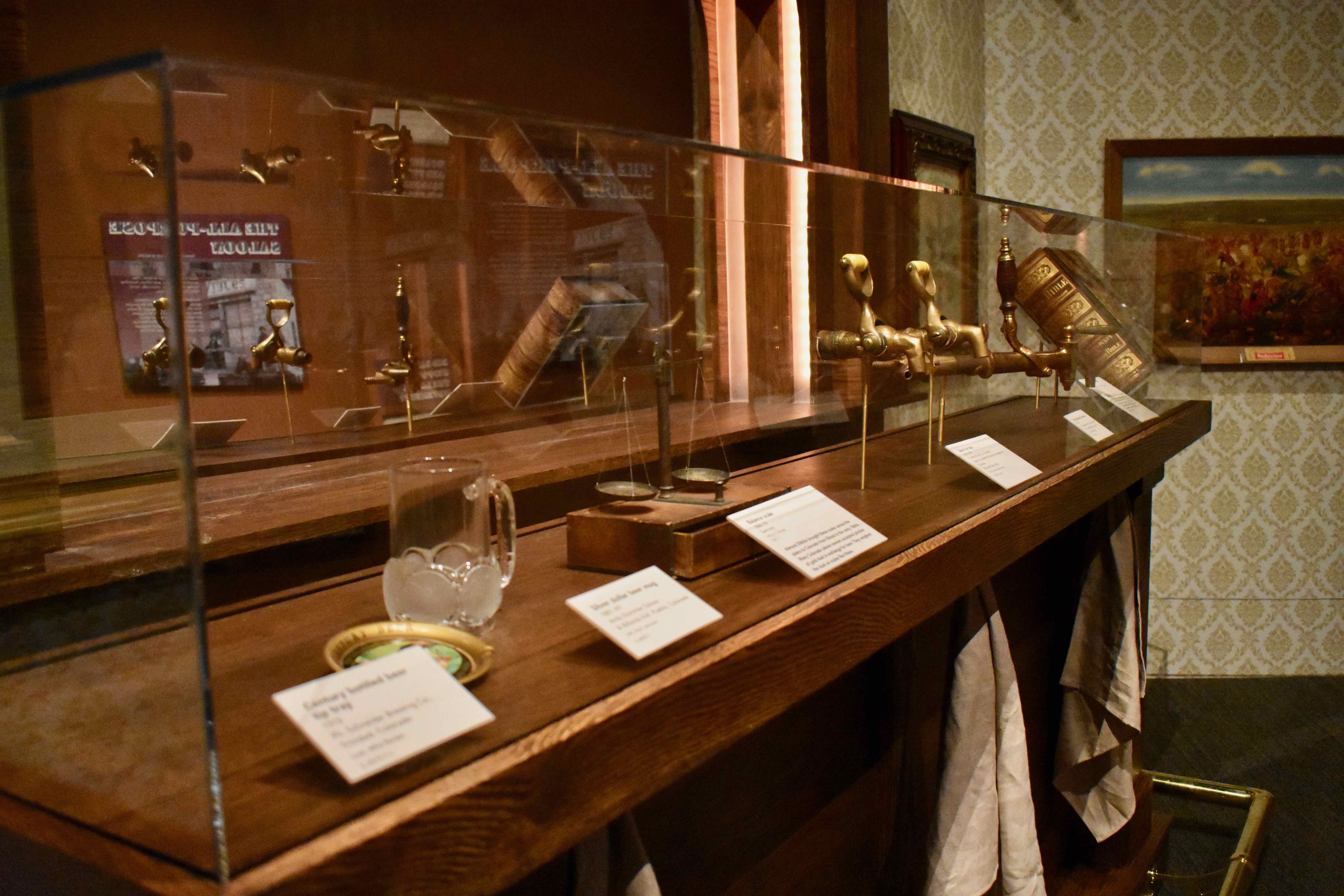 Walking into the exhibit you find yourself transported to the Colorado gold rush of 1859. This first section, known as “Beer on the Mining Frontier,” tells the story of fresh beer being kegged by the Rocky Mountain Brewery at the confluence of Cherry Creek and Platte Rivers. Here you can saunter up to the bar and take a look at the old school tap set up that was once at Wyman’s Place saloon. Swearing was not allowed at the saloon and if you were caught slinging expletives, you had to read from the bible (which you’ll find on display) to the rest of the “flock.” Saloons in this era were more than just the watering hole but the town’s social center. 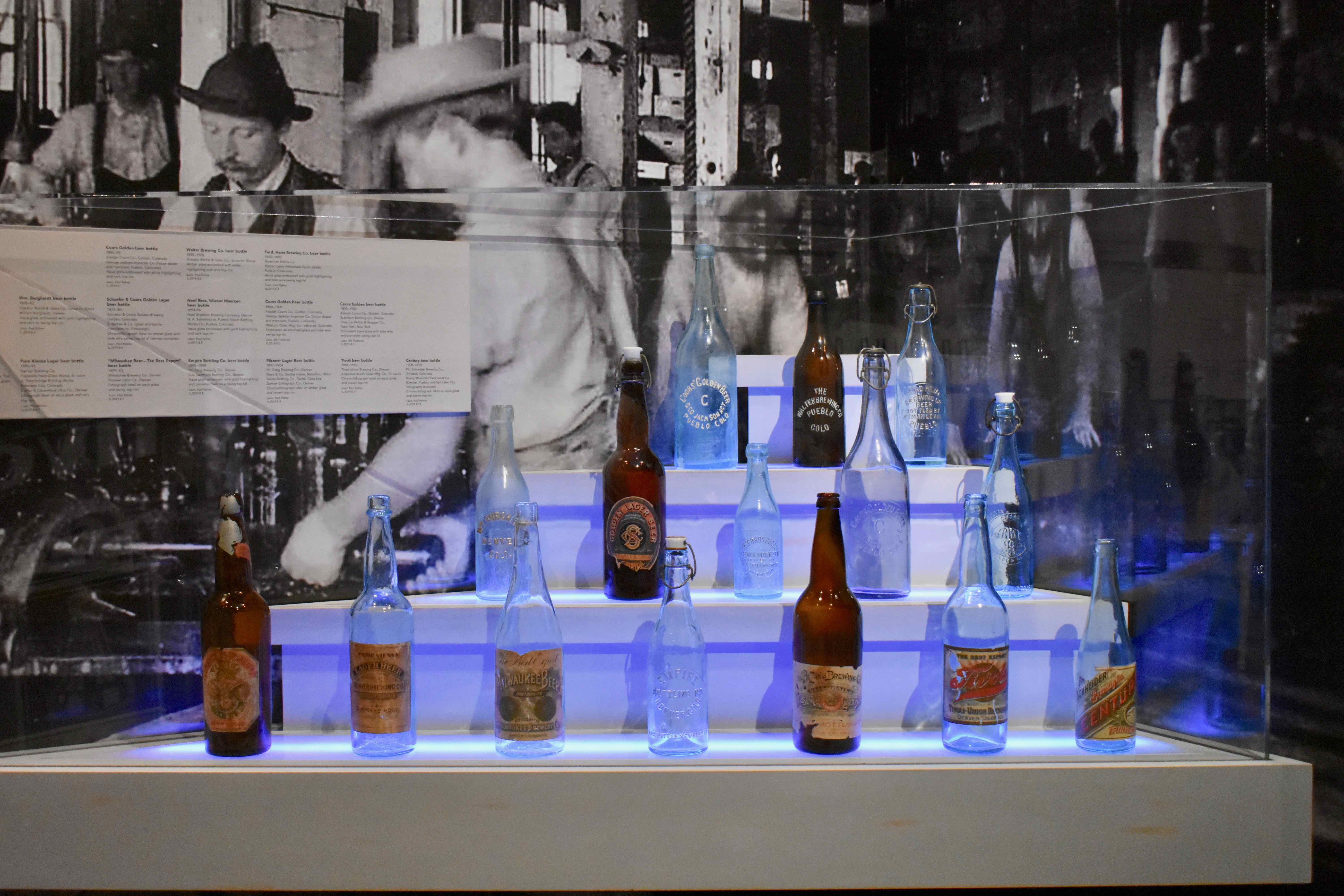 Next up, you find yourself in an era of Colorado that feels familiar even though it was around 120 years ago. This part of the exhibit, Brewing an Industry, shows how the mining industry in Colorado brought people out west. This included many immigrants who came from all over the world and brought their beer identity and cultures with them. Add that to new beer technology — like refrigerated railroad cars and crown bottle caps — and a brewing industry blossomed. Thousands of barrels of beer were making their way around the state by over 20 breweries. This type of beer production was not seen again in Colorado until just recently. 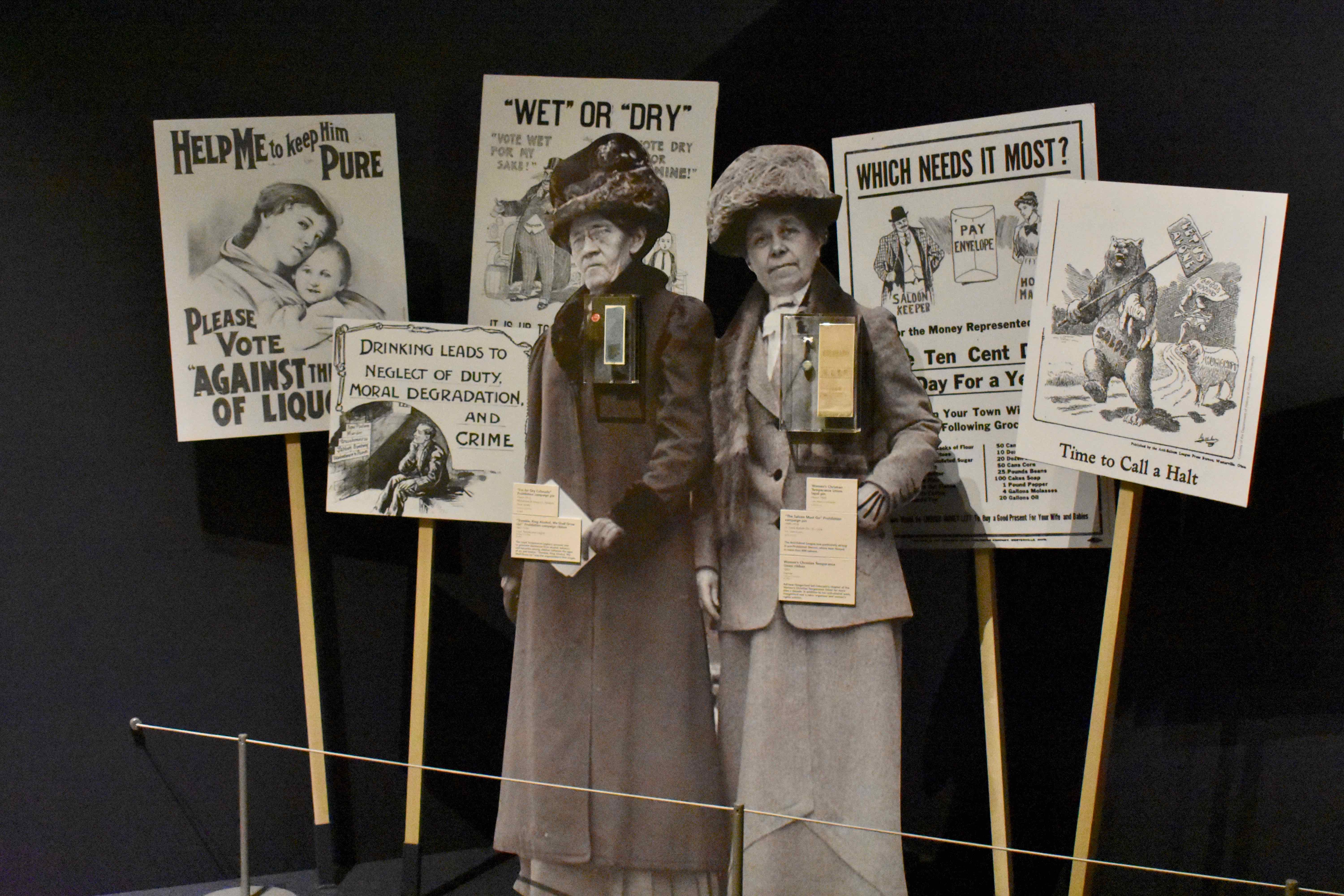 Unfortunately, the boom came to an abrupt end. The next stop in the exhibit represents Prohibition from 1916 until 1933. Problems in society — including deep social and economic divides — made alcohol an easy target. It was believed that it was the cause of issues like war, immigration and domestic violence. While Prohibition may be the section you learned the most about in school, Bock argues this portion of the exhibit is probably the most revealing.

“I think really the biggest surprise to me was the degree to which Prohibition and sort of the 1920s echoes our own time here in Colorado. You know back then folks [were] concerned about — [anything you’d find] in the headlines today — immigration, war, addiction, social inequality. All of it,” he said. 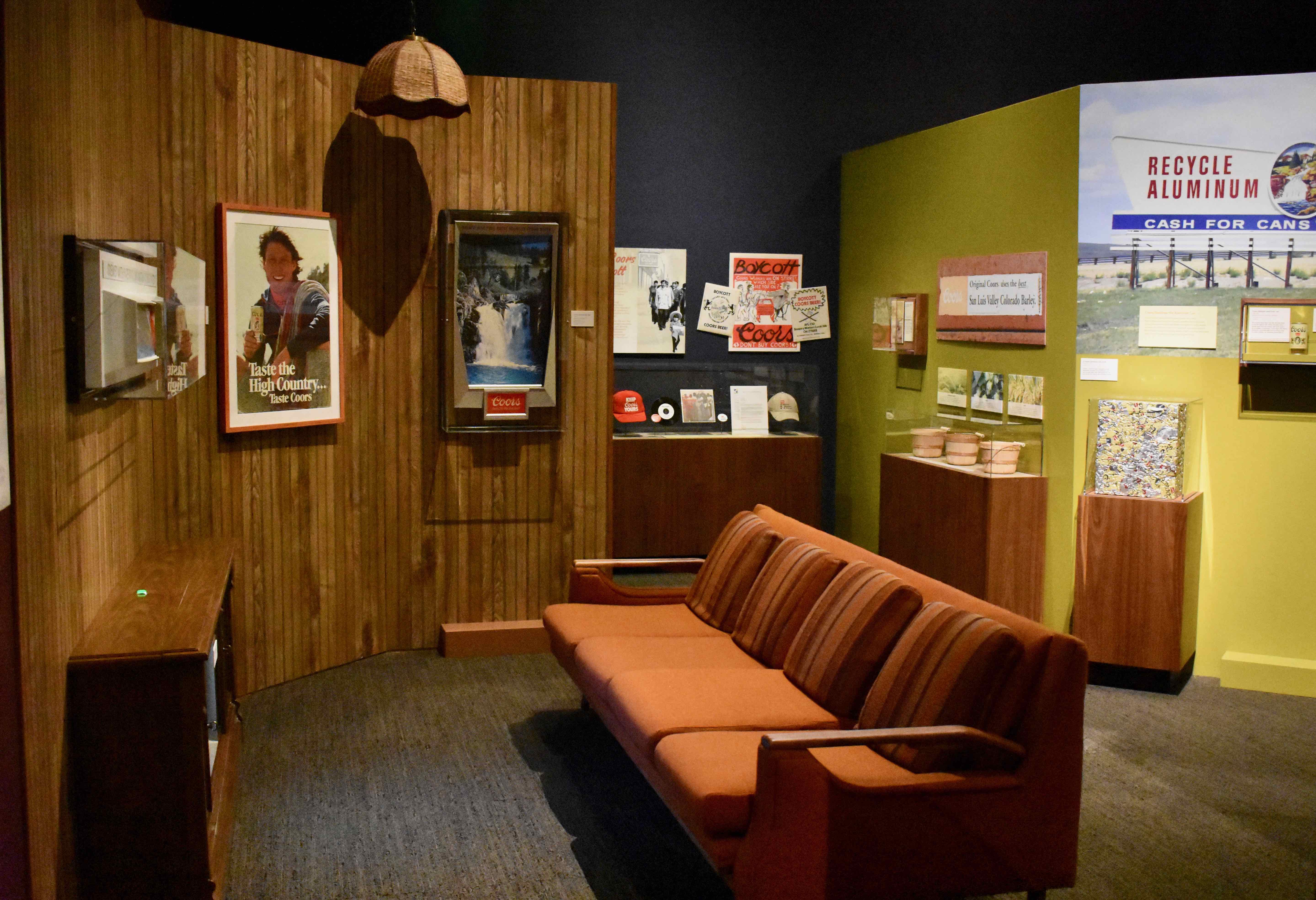 The end of Prohibition brings you to an old friend, Coors Brewing Company in the section called Coors Country. It includes depictions of the quintessential cowboy, the old-school marketing and even an iconic 1960s living room. For Colorado natives, it’s more than nostalgic — it feels like coming home. Coors helped to cultivate Colorado’s image as a place of immense beauty and helped to create an economic boom along the Front Range. The exhibit doesn’t gloss over the 1966 boycott and it’s worth the time to reflect on how Coors reacted and grew as a company. 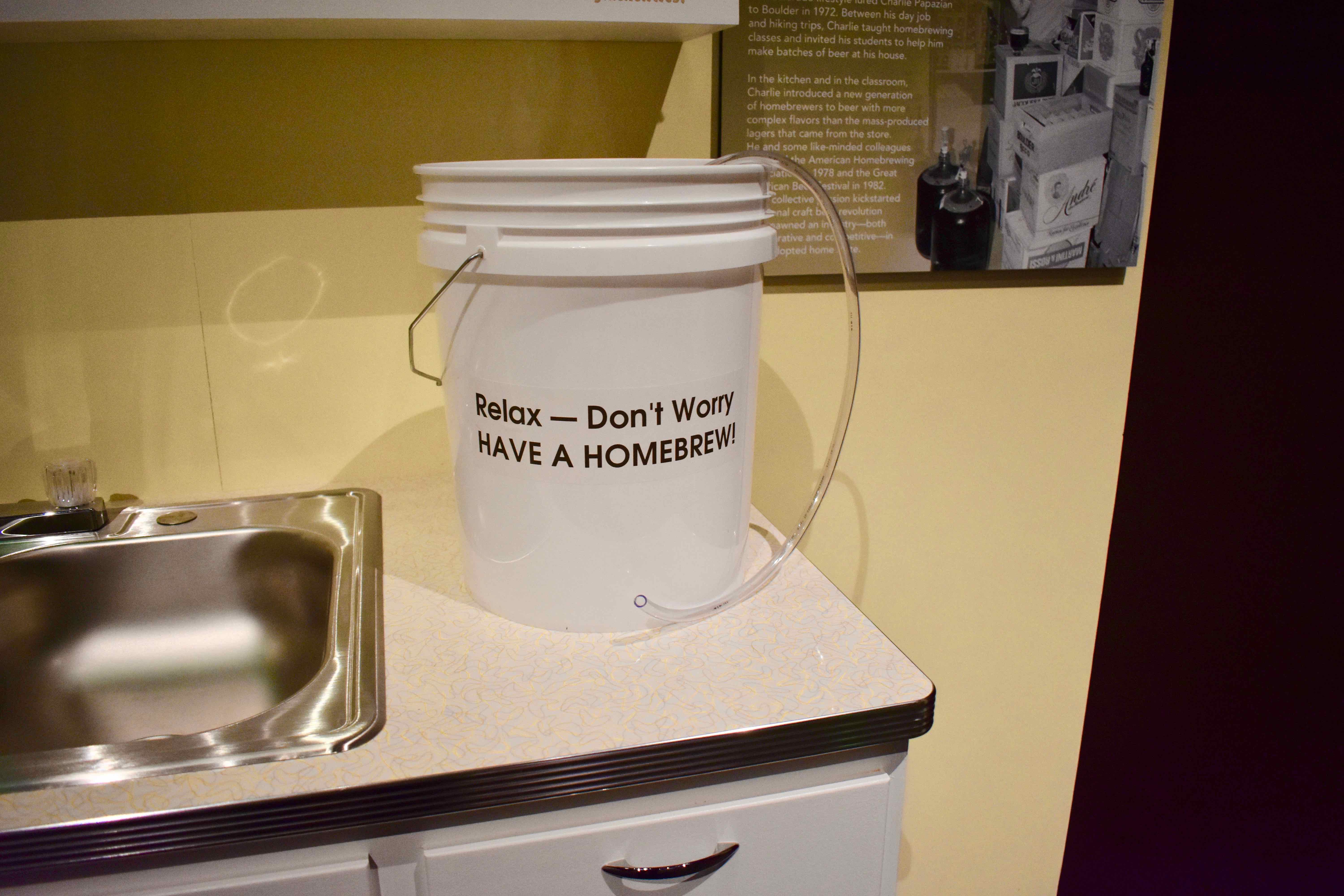 For the homebrewers out there, the last section of the exhibit will bring a smile to your face. It is a recreation of Charlie Papazian’s kitchen where he found joy in homebrewing. For those of you who don’t know Papazian, he is the founder of the Association of Brewers and the Great American Beer Festival. The final section and newest era of craft beer in Colorado starts in 1980 and is still going strong. Called The Rise of Craft, it illustrates how Papazian would inspire an era of homebrewers who would go on to create some of the most well-known breweries in Colorado. From Wynkoop to New Belgium, craft breweries helped grow the beer-loving community we know today.

This trip through time ends with a special shout out to Oskar Blues, which created the first craft beer in cans. It details how Ball Corporation took a risk on a small run of cans and eventually allowed more outdoor fans to take their beers on the road (and trails). On your way out make sure to spend some time at Pints Peak as Bock dubbed it. It’s a collection of glasses that represents every brewery in Colorado, it certainly made us feel better about our glass collection. 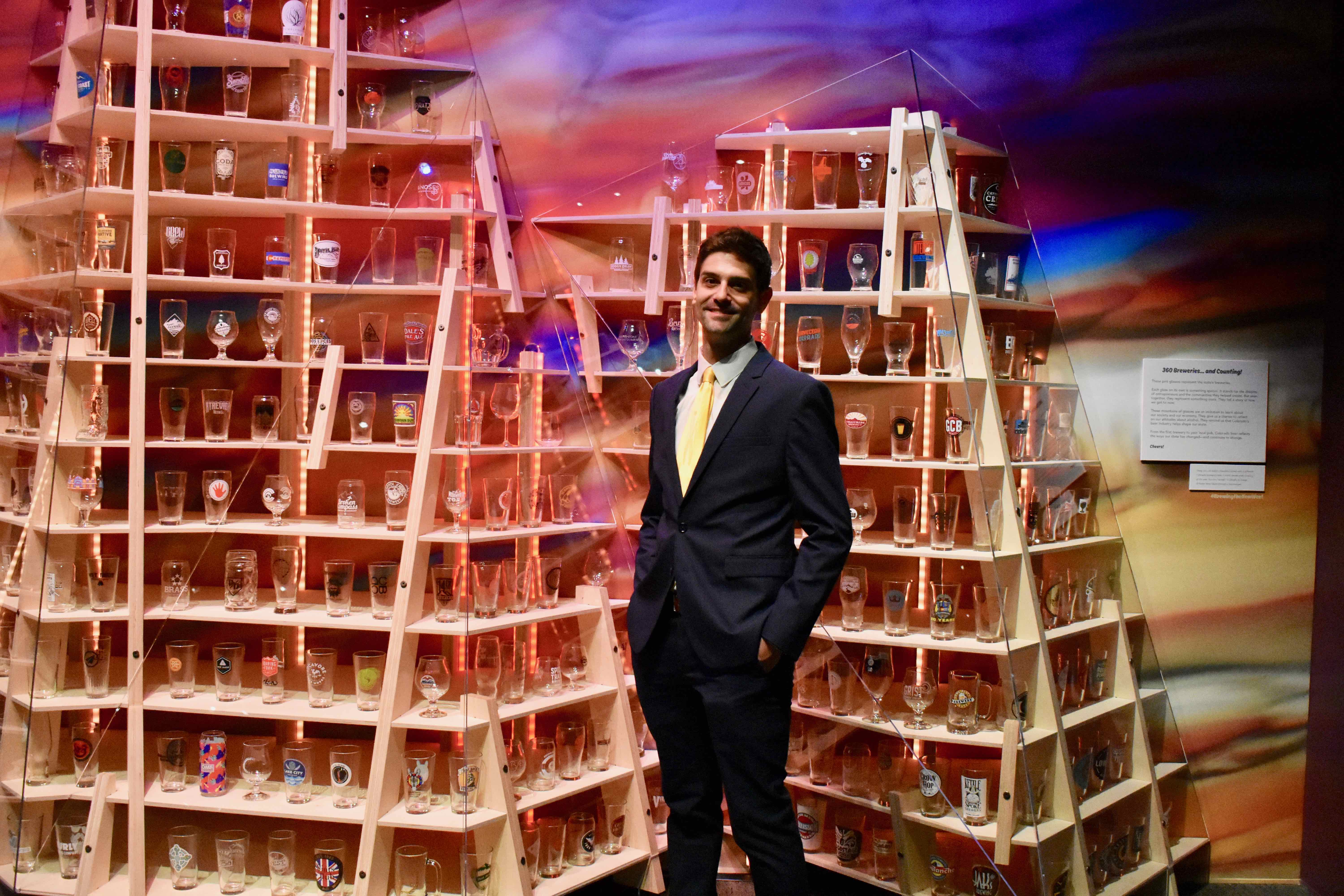 By the end of the exhibit, we wouldn’t be surprised if you were craving a brew or two. And while beers aren’t served with the exhibit, its location in the heart of downtown puts in you in close proximity with many of Denver’s 70 breweries. Armed with a ton of new knowledge, we’re sure that whatever pint you pick — it’ll taste just that much better.

History Colorado is located at 1200 Broadway, Denver and the exhibit runs through August 2020.