This Local Company Can Turn Murals – and Anything Colorful – Into Music

During the street art festival CRUSH Walls last September, two guys were walking around the alleys and touching the murals with large white rings on their fingers. The rings look similar to the candy Ring Pops — a trophy for kids in the ’90s — without the candy on top. One side is flat (the side the two guys were touching the walls with) and the other fits around the top half of a finger. When asked what they were trying to accomplish, their smiles betrayed their excitement about the technology. Called Specdrums, the app-enabled rings can produce sound when touched to certain colors. So their tapping against the murals was an act of producing music, of making the murals “sing.” 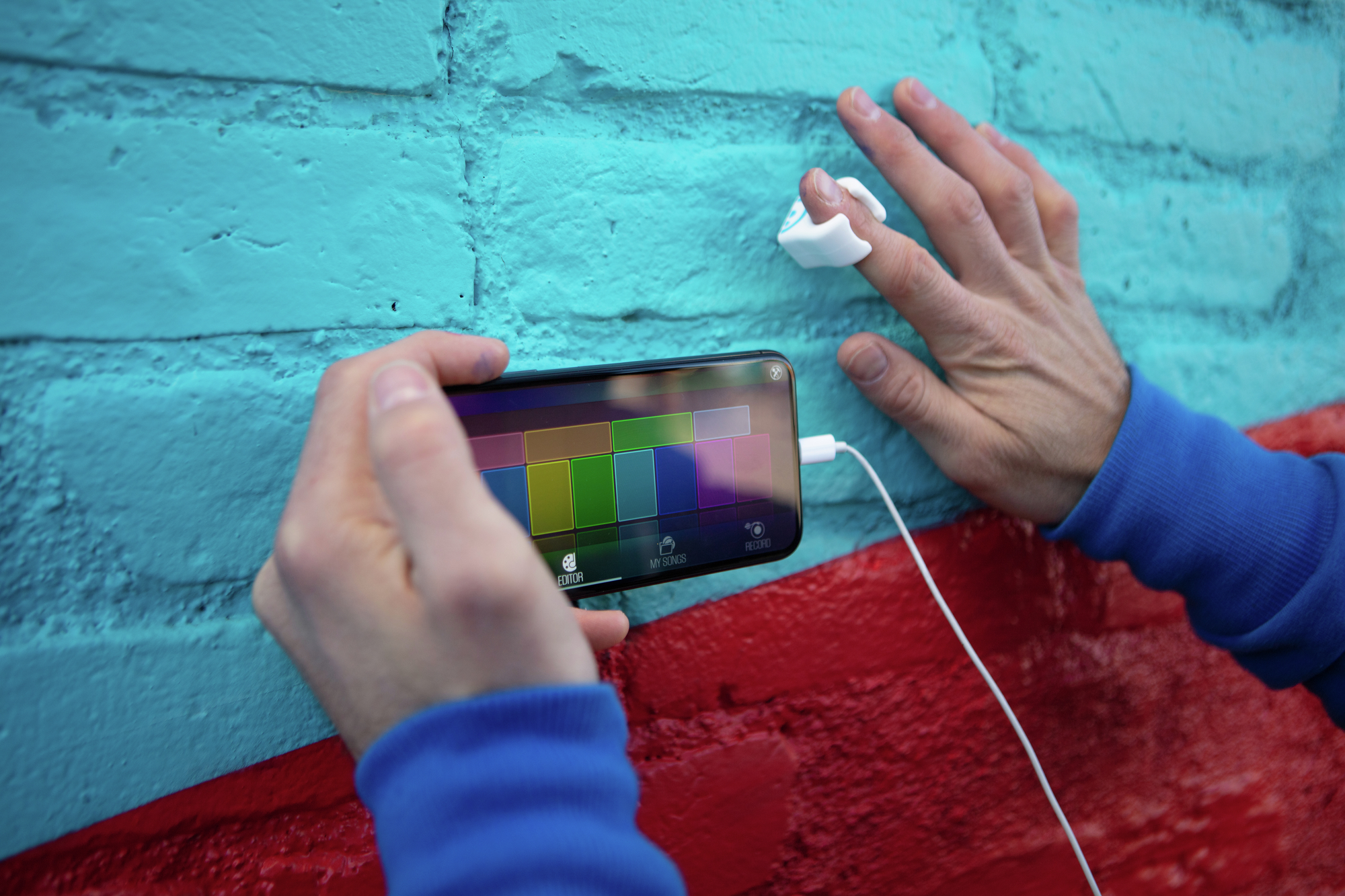 Specdrums is based in Boulder and is a product of a partnership between Steven Dourmashkin and Matthew Skeels. The duo originated the idea when they were completing their undergraduate degrees at Cornell University, although the rings weren’t released until last year. Dourmashkin came to Colorado in 2016 to pursue a Ph.D. in Aerospace Engineering at the University of Colorado Boulder. “A year into my Ph.D., I decided to focus all of my attention on Specdrums to fulfill our Kickstarter orders and provide the best experience possible to our customers,” he noted. Last year, the startup was acquired by Sphero — a Boulder-based robotics company.

But the spark that ignited Dourmashkin and his partner in the first place was always more on the idealistic side, rather than the business-minded. Dourmashkin explained, “When I was a kid, I was inspired to learn the drums. I spent years practicing the drums on practice pads and pillows until my parents were finally able to get me a real drum set. But many kids never get the ability to have their own drum set. Or if they do, they can’t take it along with them to college or their small apartments afterward. So I was inspired to create the world’s most portable drumming machine.” 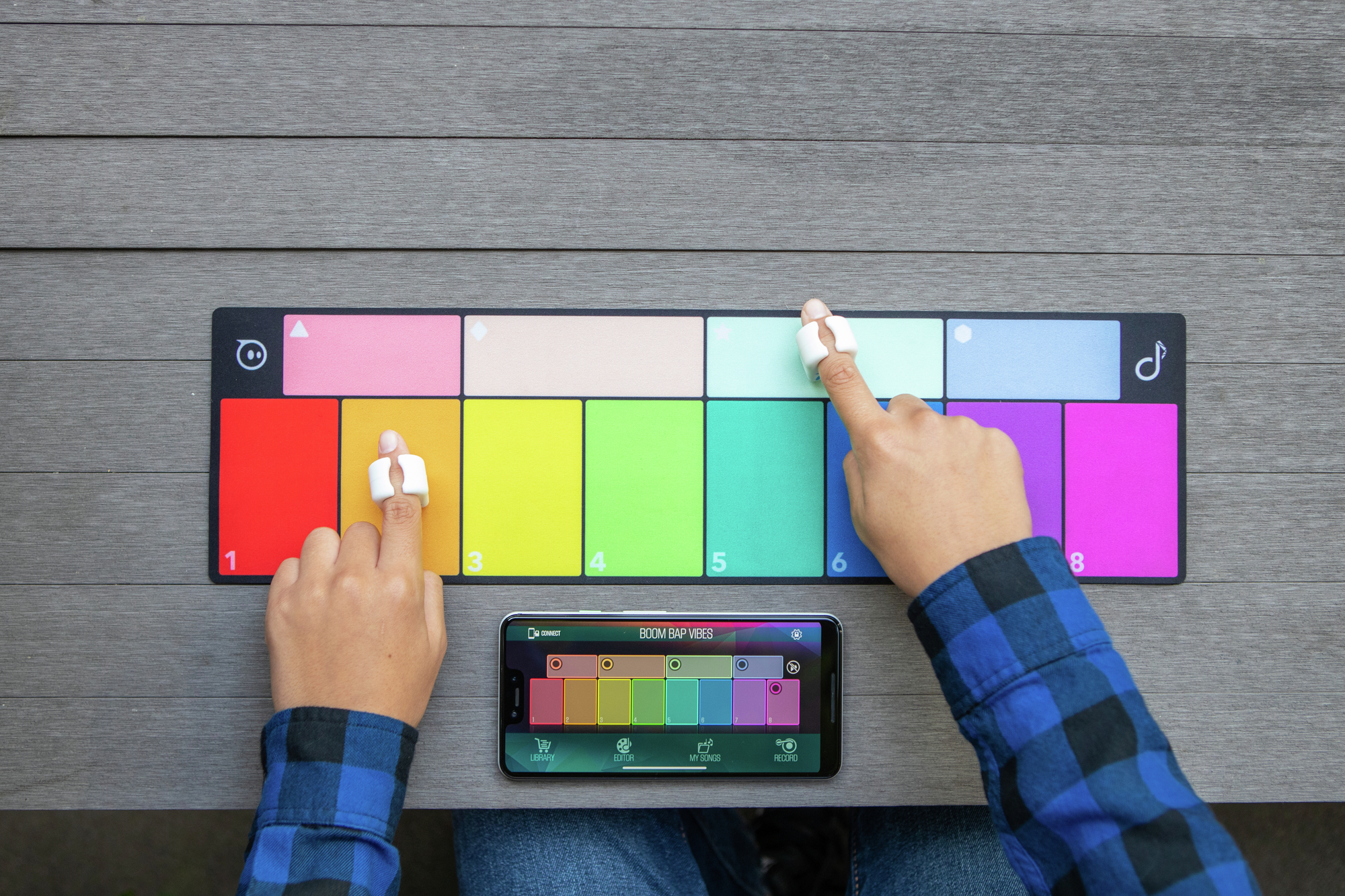 When you see Specdrums rings in action, it certainly brings to mind the kid in class who tapped on any surface with pencils to make a beat. Now, all that energy can be put to good use. “Specdrums has expanded beyond just drumming to empowering kids of all ages to create and easily play music by turning the world into their instrument regardless of their musical knowledge,” explained Dourmashkin.

Although the basic tagline for these devices is that you can “turn colors into music with a simple tap,” the technology behind them is more complicated. Each ring has an accelerometer used to detect sudden decelerations, like tapping it against a wall, which activates a bright white LED to reflect the color back to the sensor on the ring. Data from that process is filtered through an algorithm, communicating a sound sample to a connected Bluetooth device. All of this happens instantly for the user, who must install an app on their phone to hear the music they create. 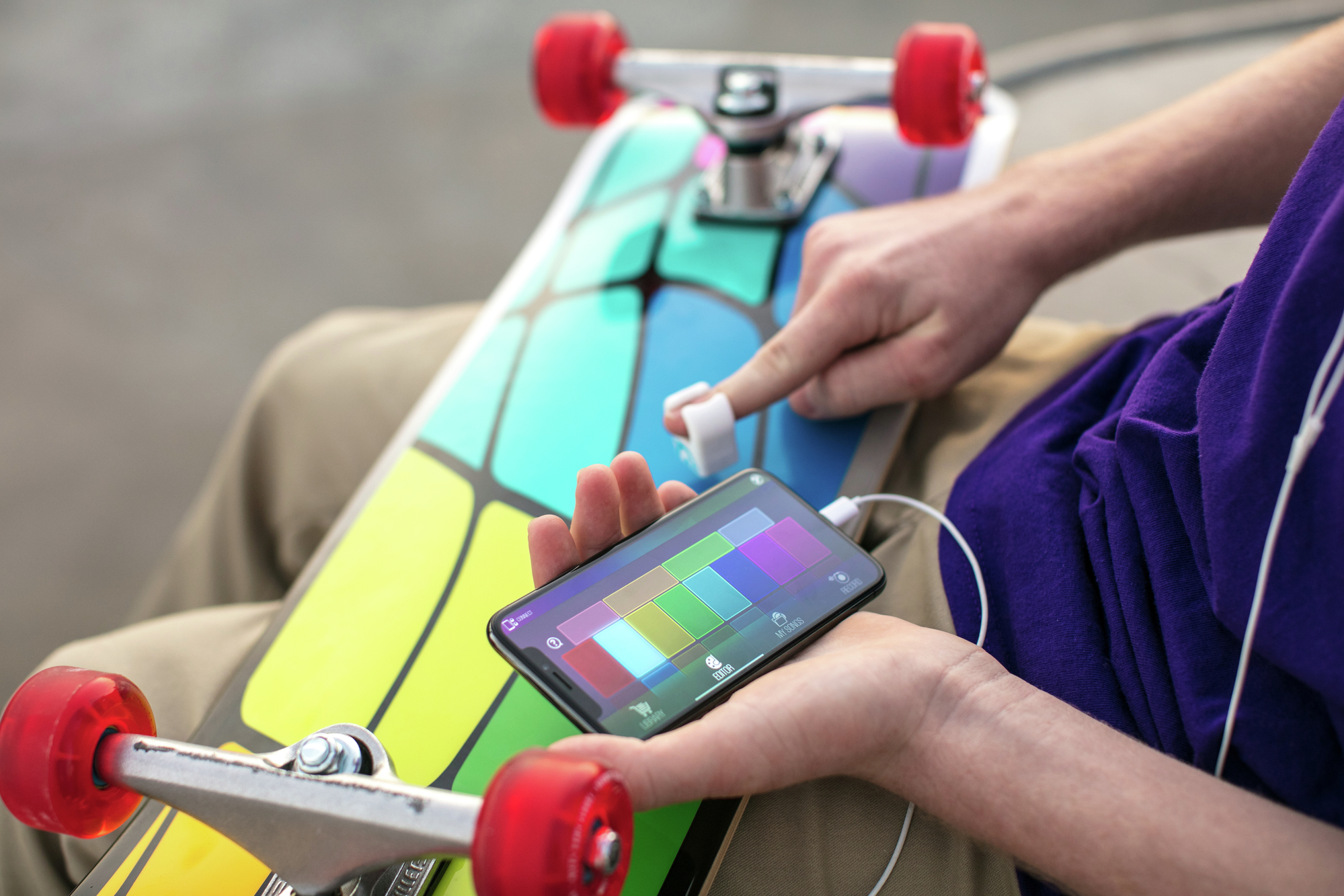 Aside from opening up a world of creativity and accessibility for young musicians, Specdrums also enlivens the world of complacent adults. Instead of passing by colorful things, the rings might instill a new sense of curiosity and appreciation for them — think of it like Pokémon Go if the Pokémon were real and you could actually catch them. In addition, the experience elevates your senses because it crosses two of them — auditory and visual — producing a pseudo-synesthetic effect. Although it might be fun and enriching for an adult to play around with murals or other colorful surfaces with the musical rings, it’s a different experience with an expert interacting with the technology — something Specdrums hopes will happen more often.

“We’re hoping that Specdrums continue to inspire the next generation of musicians and creative thinkers. Our goal is to keep adding new sound packs and features to the Specdrums MIX app to provide the best remixing experience possible to kids regardless of their music background,” Dourmashkin commented. He added, “we also hope that musicians keep hacking Specdrums for more professional use cases, such as live concerts and interactive exhibits.”

Specdrums isn’t only looking at the intersection of visual arts and music. The goal, looking forward, is to program other sounds with colors to be used in math, science and other subjects in classrooms. “Using art as a channel to teach [other subjects] builds important foundational skills, including critical thinking and creativity,” said Dourmashkin. 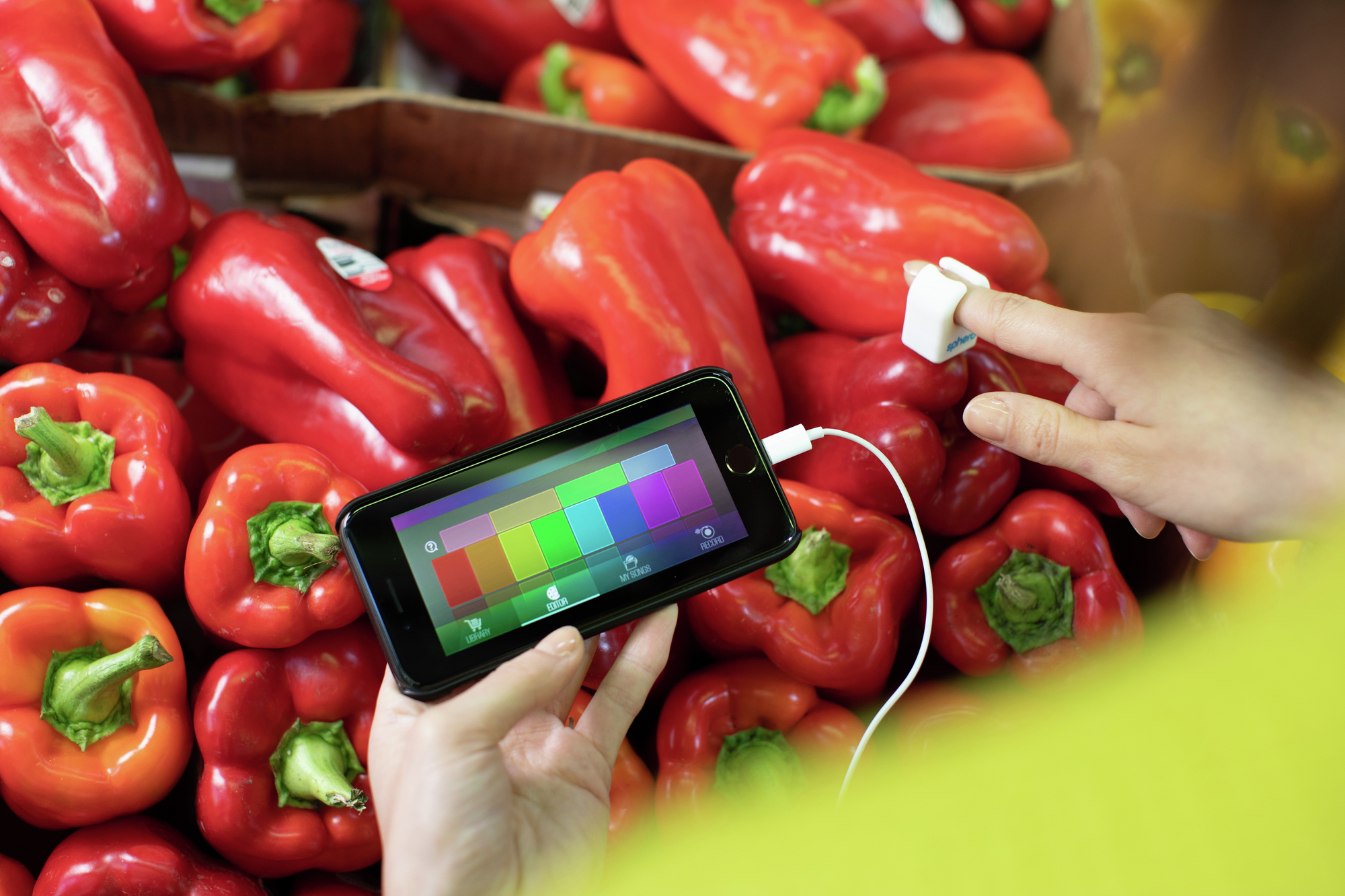 Each Specdrums ring set usually plays for about two hours and is charged using a USB. There are digital drum sounds, keyboard sounds and MIDI pads included in the programming, but any sounds can be recorded and replayed with assigned colors — making the possibilities for unique productions nearly infinite. Even though a large part of the company is focused on the next generation, the act of “playing” as an adult is just as important — even if you were never the kid tapping a drum beat on your desk during class.

All photography courtesy of Specdrums

*Editor’s Note: This article has been modified to include the parent company, Sphero.