Review – Movements Made A Sold-Out Bluebird Feel Something

Fans of the post-hardcore scene know that very few experiences bring people together quite like a post-hardcore show. While it seemed that the genre was destined to fade away, the new wave of bands joining the style are combining the classic elements present in post-hardcore with the lyrical themes we never truly outgrew from our emo phase. While it may not be the old sound we all loved, it seems as though the new direction is exactly what fans have been looking for. Perhaps this new direction is the reason that so many post-hardcore shows make you want to crowd surf the night away while simultaneously crying with your friends. If you’ve never experienced that feeling, then you clearly missed out on the chance to see Movements at the Bluebird Theater on Friday night. 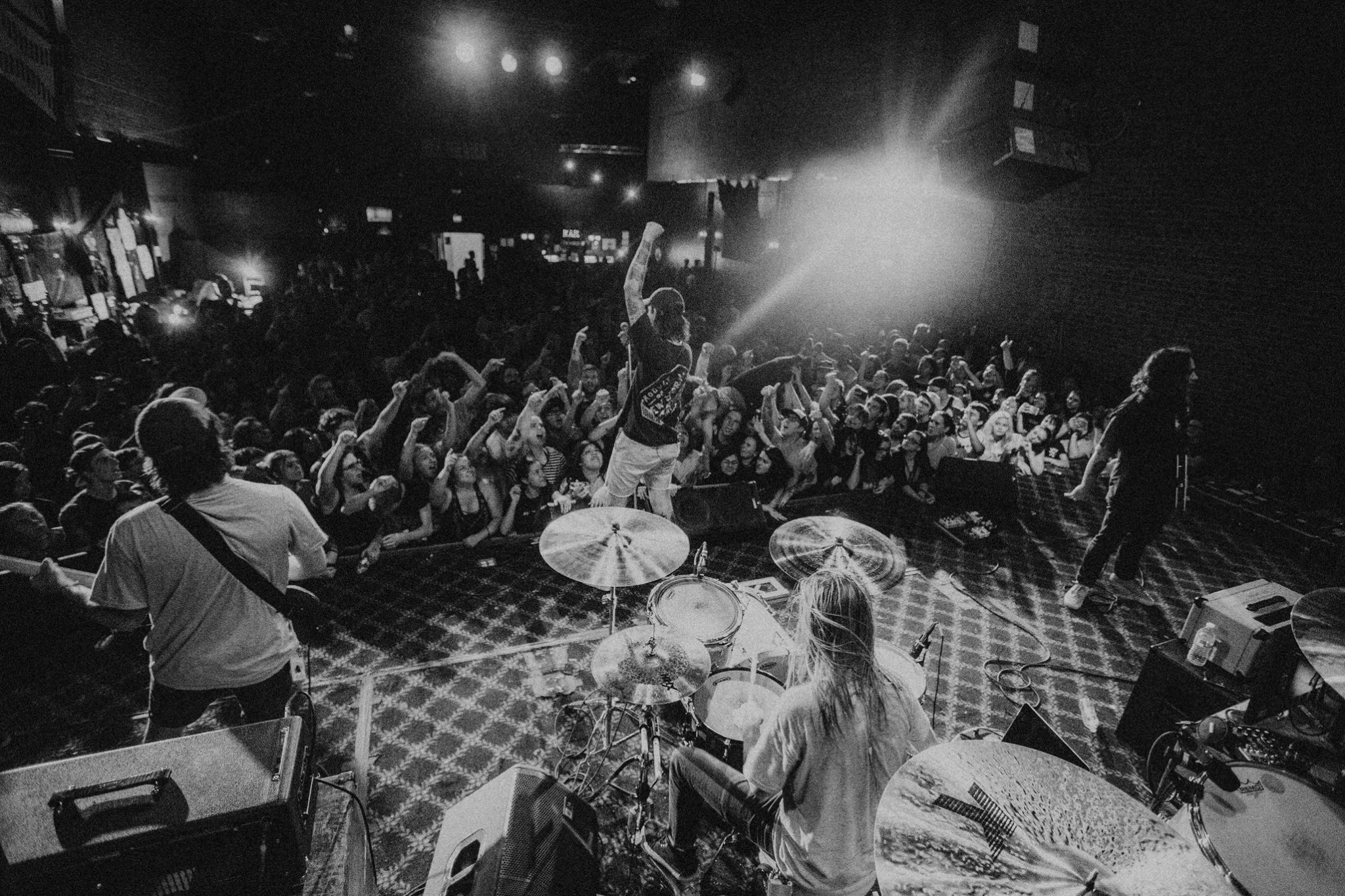 Movements is at the forefront of the new wave of post-hardcore. They’ve been pioneering the dreamier new sound – which admittedly doesn’t always sound as hardcore as you’d expect. Their unique sound combines the melodic sounds popularized by Citizen with the harsher, screamo spoken-word lyrics given to the genre by La Dispute. It’s a sound that fans can’t get enough of. In fact, legend has it that Movements signed to major genre label Fearless Records after just one show – and after their performance at the Bluebird, it’s clear why.

Perhaps one of the biggest benefits of being a fan of this genre is that every show is a chance to see a variety of bands you love. Unlike many pop artists who tour with lesser-known artists, fans of post-hardcore and pop punk are often fans of all the bands within the space and typically know every artist on the bill – and this show was no different. Movements brought a stacked line-up to the Bluebird Friday night, and fans showed up in force to support some of the bands who are taking over the scene.

When Drug Church took the stage promptly at 7 p.m. fans were still waiting in line at the box office to get their tickets. By the time Trash Boat took their place on stage, the venue was at capacity and a few crowd surfers had already started surfing their way to the front. However, the audience wasn’t truly ready to rock until Boston Manor. The English band has been a staple within the scene for a few years now and has a devoted following. The band was quickly drowned out by the voices of the crowd, who knew every word to nearly every song, and the band took notice. “This is always one of my favorite shows of any U.S. tour we do,” said vocalist Henry Cox. “You guys go fuckin’ hard.”

When Movements made their way to the stage, one thing was immediately clear – the band cares about their fans. “I’ve seen a lot of people get dropped,” said vocalist Patrick Miranda, likely as a response to the crowd surfers who sustained injuries as a result of crowd surfing – including one fan who was carried out by security after being dropped. After expressing concern for the safety of their fans, the band launched into their set. 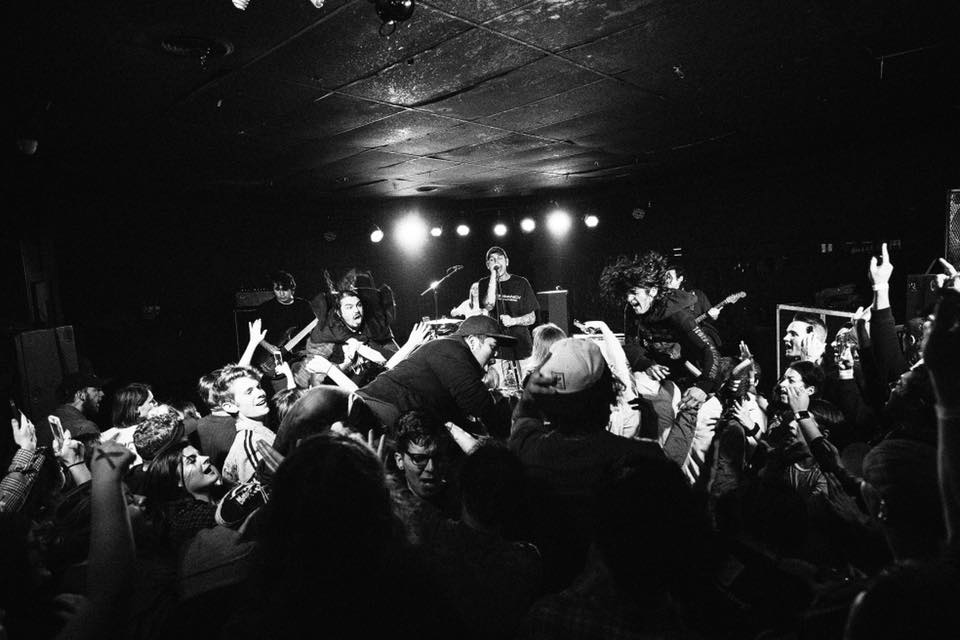 After a few songs, the band made a promise to the audience that fans can be excited about. “When this tour is over we’re going to write and record, a new record,” said Miranda, ” right now it’s just old stuff.” Movements’ discography may be small, but that allowed fans to hear nearly every song the band has released. They played every track from their 2017 album Feel Something – which is the only full album the band has released to date. They also played a couple of favorites off their 2016 EP Outgrown Things. While their current music repertoire may be small, the band announcing that they will soon have more to give to fans is a big takeaway from the night.

The band left the stage briefly before returning with an arsenal of pink balloons – a clear sign that they had saved their best song for last. They closed the evening with fan favorite “Daylily.” Pink balloons bounced playfully throughout the crowd as Miranda serenaded us with some of the most positive lyrics of the record. After an evening full of emotional songs, the most hopeful lyrics in their arsenal proved to be the perfect end to the evening.