Review – Catfish and the Bottlemen Delivered at the Ogden

Welsh pop-rock band Catfish and the Bottlemen is coming of age, and they want you to know it. A product of this growing-up is the upcoming release of the group’s third record, The Ride, from which the group showcased songs during a performance Friday night at the Ogden Theatre. As is often the case for any band stumbling into international success, there are few expectations for who — or what — will be found in the audience across the pond. This group’s Denver fans didn’t disappoint — people of all ages buzzed around the venue, feeding into the steadfast and sanguine energy that is Catfish and the Bottlemen.

The night kicked off — literally — with Worn Flints frontman Kenny Stiegele channeling his inner Angus Young, high-kicking down the stage. The Worn Flints are a three-piece rock group from Ohio, and they brought with them a vibrant performance and a no-holds-barred approach to rock. Embodying the group’s music, Stiegele shook his hips and banged his head to the beat, his long dark hair eventually getting caught in the headstock of his guitar. The audience had no choice but to move along and have some fun. The songs were catchy, and it was a command from a ham.

“Denver, I hear you now,” Stiegele shouted to the crowd, a couple of songs into the opener’s set. “Yes, ma’am.” 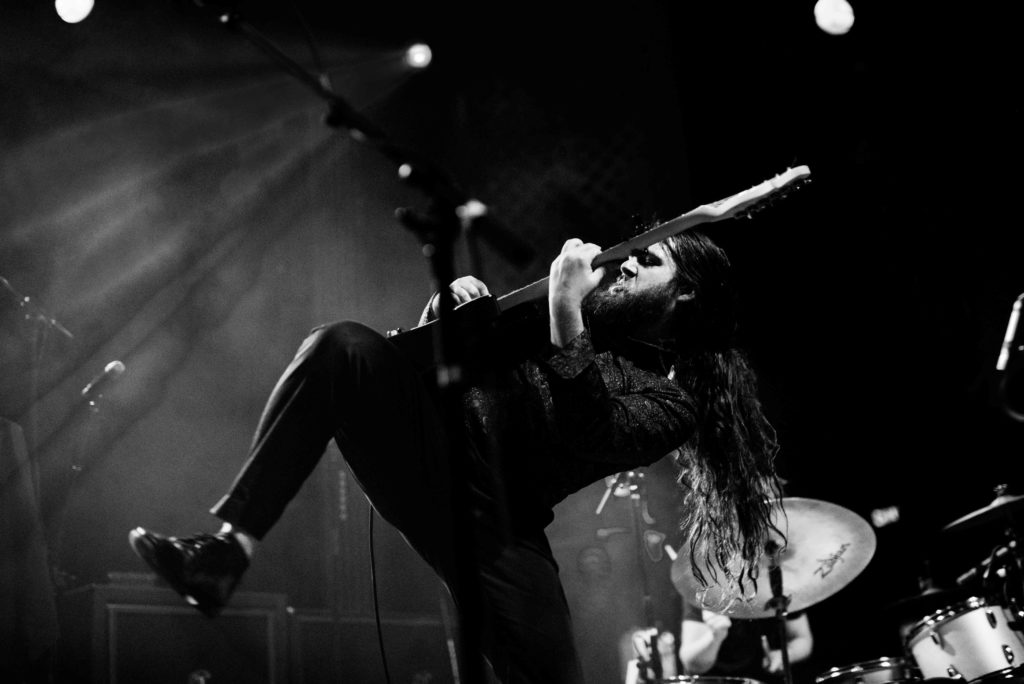 Kenny Stiegele of the Worn Flints

Before the headliner took the stage, the Ogden went dark. Fans screamed in anticipation as audio engineers and venue staff walked onto the stage, arranging instruments and preparing the set. A phantom voice rang out, singing the Beatle’s song, “Helter Skelter.” Then the four members of Catfish and the Bottlemen appeared — lead singer and guitarist Van McCann, guitarist Johnny Bond, drummer Bob Hall and bass player Benji Blakeway. They broke into their first song, “Longshot,” and the crowd went wild. 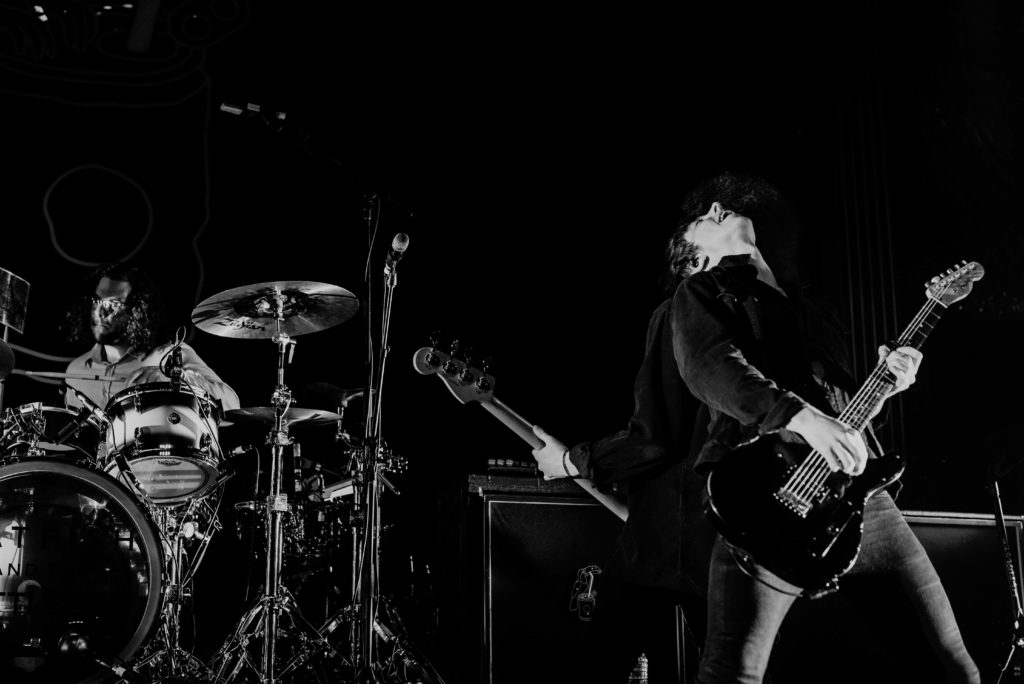 Catfish and the Bottlemen

A highlight of the show was the clean guitar solos from Bond — emphasized by the splashing blue lights on stage, and the sense of unfeigned urgency from the band. While there may have been a slight feeling of shyness from the band at the beginning of the set, the last few songs of the show had McCann’s heart bleeding on stage. Perhaps the most honest moment of the night was when McCann and Bond embraced before the long, cinematic last note of “Tyrants,” the last song on Catfish and the Bottlemen’s first album. They’ve made it.

It’s always fun to be a part of an audience that’s genuinely happy to be participating in the show. Friday night’s crowd had nothing but enthusiasm to show for their band — perhaps said best in the outburst from a young woman in the audience: “Be my baby daddy, Van!” Catfish and the Bottlemen are here to stay.