On a chilly Friday evening in March, I found myself outside of the industrial Fusion Factory in RiNo. Manic beats emanated from the building as I handed the bouncer my ID. After a particularly dismal day and at the prompting of my friends, I had semi-reluctantly agreed to attend a hard dance show — “303 Family Presents: Keeping the Rave Alive.”

Upon entering, I mused that this is what the underground raves of the ’90s must have been like — only with more beads. Kandi kids adorned with brightly colored bracelets and flashy outfits (or lack thereof) flitted around the venue. It was clear that this wasn’t just another Friday to this audience. Since hard dance is less common in Denver than other styles of electronic music, the fans are particularly dedicated and enthusiastic. Slowly but surely, my bad mood washed away as I soaked in the pure energy that is UK hardcore. 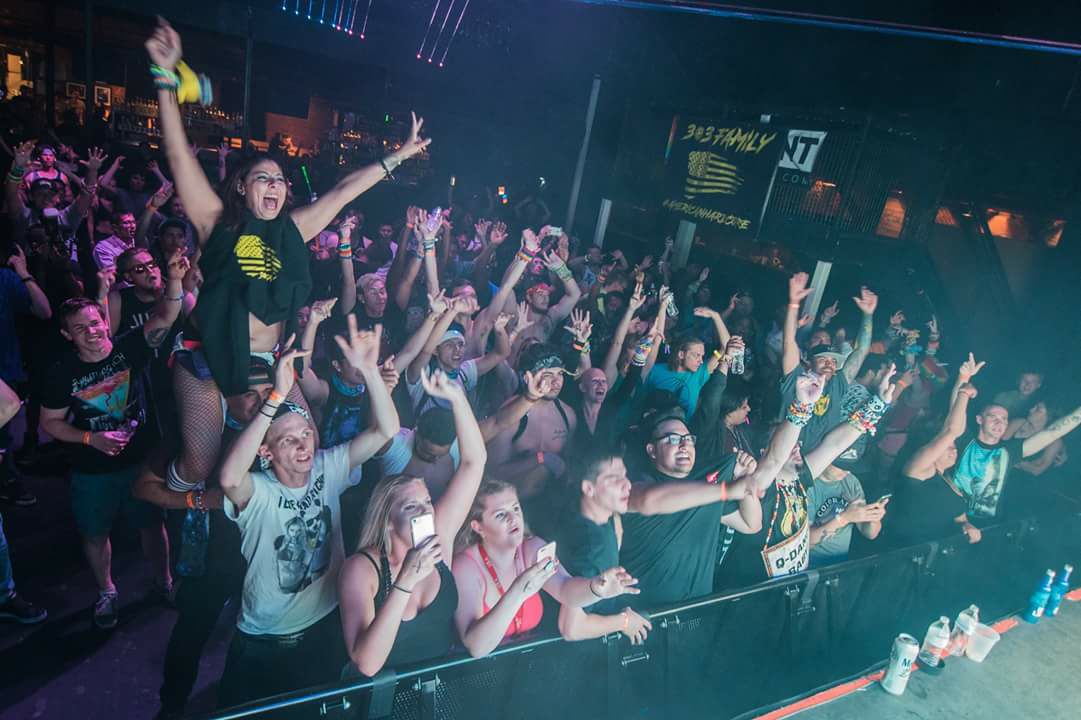 UK hardcore is a subgenre of hard EDM that hovers around 175 beats per minute and is characteristically more uplifting than other styles of dance music. Similar to and often used interchangeably with its predecessor, “happy hardcore” — UK hardcore utilizes sentimental lyrics and trance synths to create the euphoric sound that it is known for today. This style of EDM became popular in the mid-’90s to the early ’00s with iconic UK producers like Darren Styles and Gammer bringing it to audiences worldwide.

Happy hardcore is “really cheesy,” says 303 Family CEO, Weston Hartshorn. Hartshorn — a prolific and successful hardcore producer in his own right — has been the head of 303 Family since 2016 but has been involved since the beginning, more than a decade ago. Things changed for the event company when he took over. Parties that had once been spread by word of mouth, were now marketed with care and intent. Hartshorn also saw the need to diversify the lineup, delving into other genres like trance and drum ‘n’ bass to draw new listeners in.

“I knew that we needed to diversify. We actually needed to make it a full night [of music]. You’ll be a little more at home and more willing to hear it rather than just walking into a hardstyle show and being like — wow — this is kind of whack.” says Hartshorn 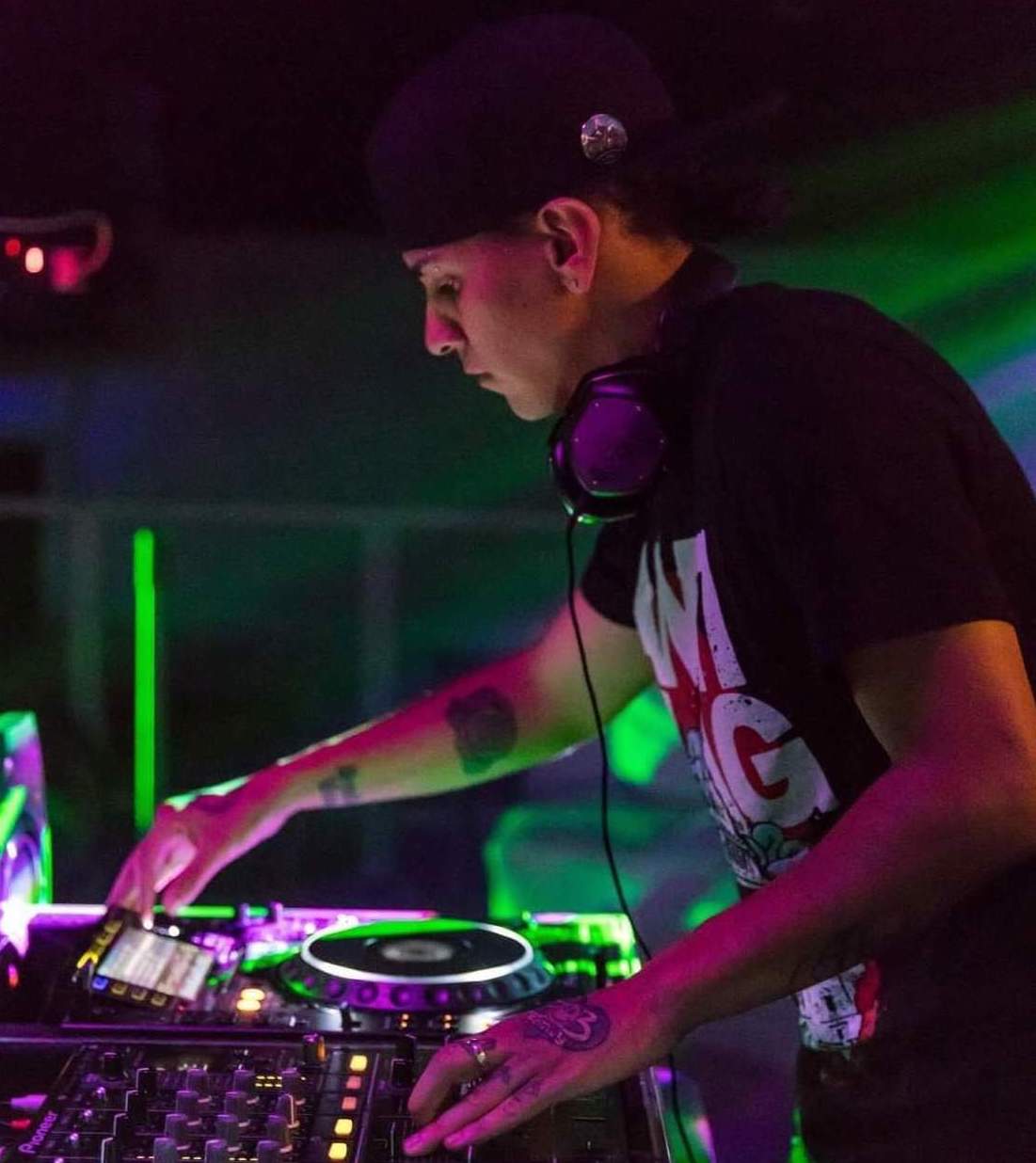 Hartshorn has thrown twice the number of parties in his time as CEO than the company threw in the first nine years of its existence. In years past, 303 Family has hosted parties bi-annually but they are on track to double that this year — with hopes to throw more frequent parties in coming years. Hartshorn works with a team of “about 14 really good friends” and seven resident DJs who put their time, energy and money into these events to make them a reality. 303 Family has also worked to establish chapters across the country — they currently have chapters in New York, Utah, New Mexico and the DMV (District of Maryland Virginia).

303 Family is a labor of love for Hartshorn and his team. On his birthday, Hartshorn worked the door for a 12-hour event. He’s also been known to sweep and mop after his own shows. Every small scene needs “that one person who doesn’t give up,” says Hartshorn — and it’s clear that he’s up for the challenge. 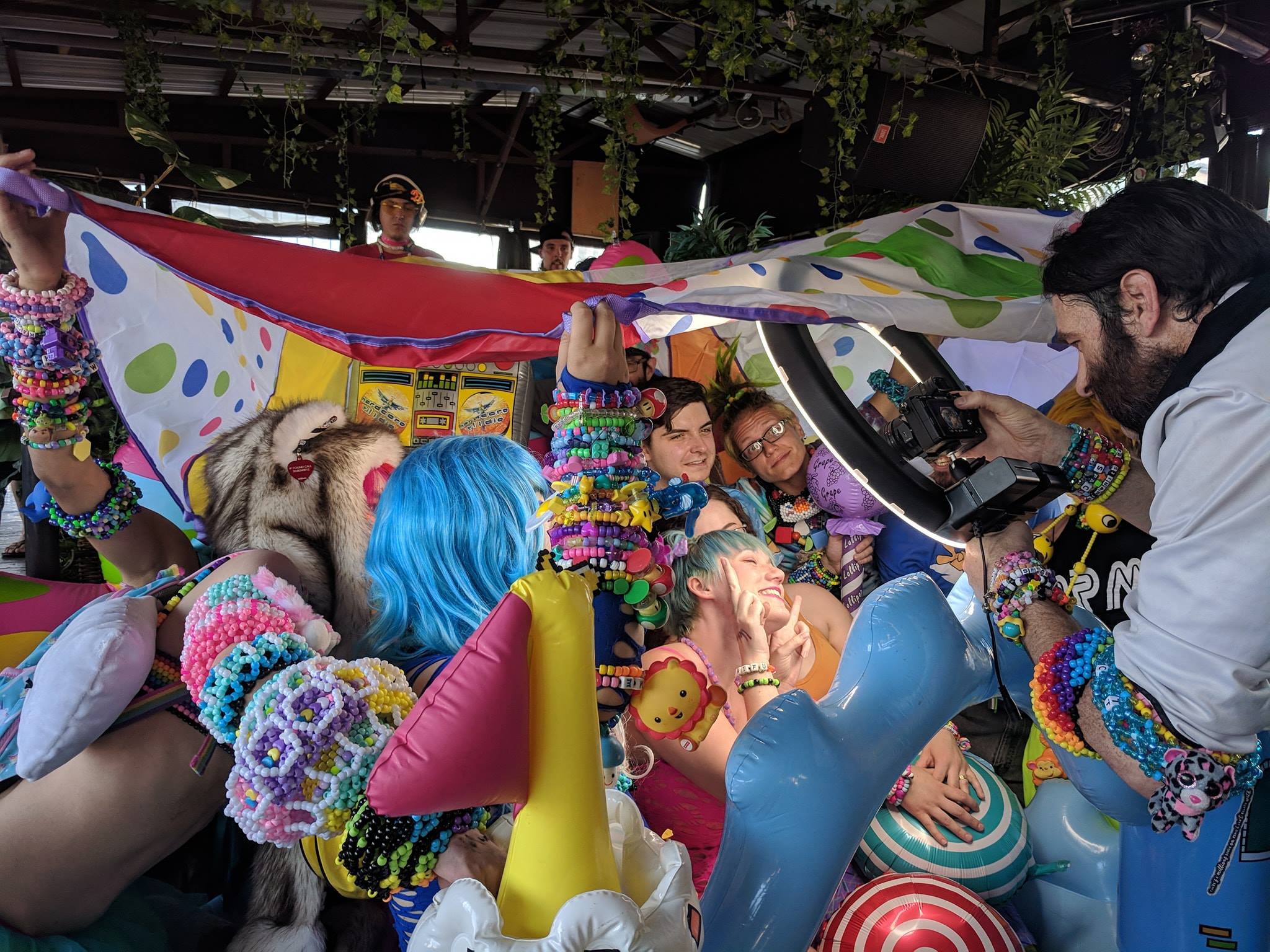 So what can you expect from a 303 Family event if you’ve never been to one? Hartshorn explains that “it’s a party where you can experience safe and open, friendly vibes. You can walk in and not feel judged — not feel out of place. That’s why I like it.” In addition to 303 Family’s resident DJs, Hartshorn’s connections to some of the biggest names in UK hardcore — like Hixxy, S3RL, Dougal and Scott Brown — allow 303 Family to host the best talent in the scene from across the globe. Safety is also a priority at these events — with local harm reduction organization, DanceSafe, present at every show.

Although the company has matured, its roots have remained the same — holding fast to a scene that was built on illegal underground raves. Being held in venues like gyms, warehouses and art spaces, these parties are nothing short of an immersive experience. What began as a group of twenty-somethings hosting artists that otherwise would not make it to Denver, has turned into the only entity keeping UK hardcore alive in Denver. If you want to take a step outside of your comfort zone, be sure to attend the next 303 Family event — you may just discover your new obsession. 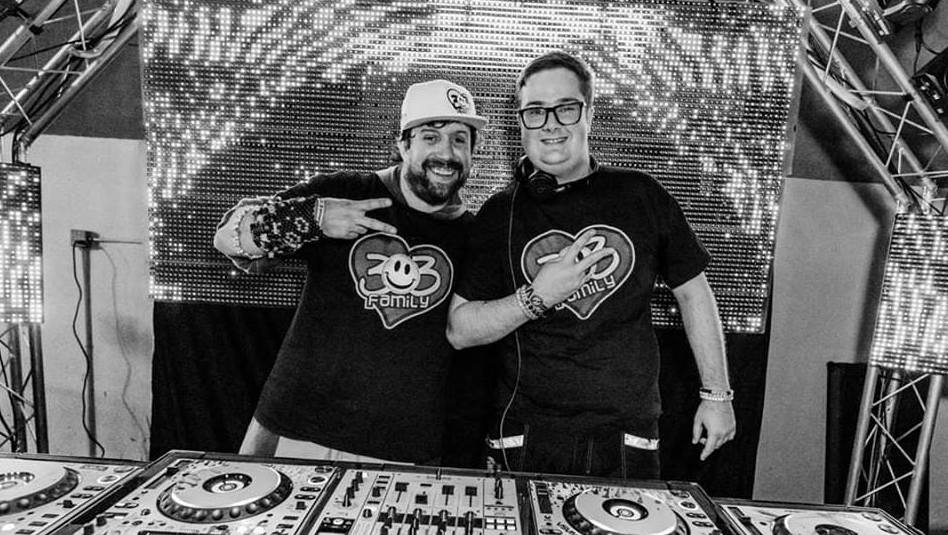 Be sure to catch 303 Family’s next event, “303 Family Presents: Can’t Sleep” on April 12 at Spectra Art Space on South Broadway. Get your tickets here before they run out. Keep up with 303 Family through their Facebook page and website.