Tyto Alba Talks About Being A Sucker And Spirit Animals

A lot has changed for Tyto Alba in the 4 and a half years since their inception. The Denver band, once focusing more on straightforward indie rock, has evolved their sound into the synth and reverb-heavy melodies that populate their fast-approaching new album, Sucker. Despite two previous EP’s and several singles, Sucker will be the band’s first full-length album to date and serves as a reflection of the group’s palpable chemistry — which is fitting, considering that the current lineup has only been playing together for the past couple of years. The end result is a collection of songs that are an authentic melding of each band member’s unique background and influences.

“We’re just a lot more comfortable with each other and I think that comes across in the music,” says bassist and keyboardist, Danny DiMarchi. With the release of their single, “Oh Pride,” a shiny new album on the horizon and a release show at the Hi-Dive in May, Tyto Alba is gearing up for some well-deserved praise and attention in the coming months.

“[On] this record, I can stand behind every song and feel really stoked about how it sounds and how we wrote it. I feel like everything fell into place a little bit more because we’ve played together for as long as we have and we know what works and what doesn’t.” – drummer, Andrew Bair 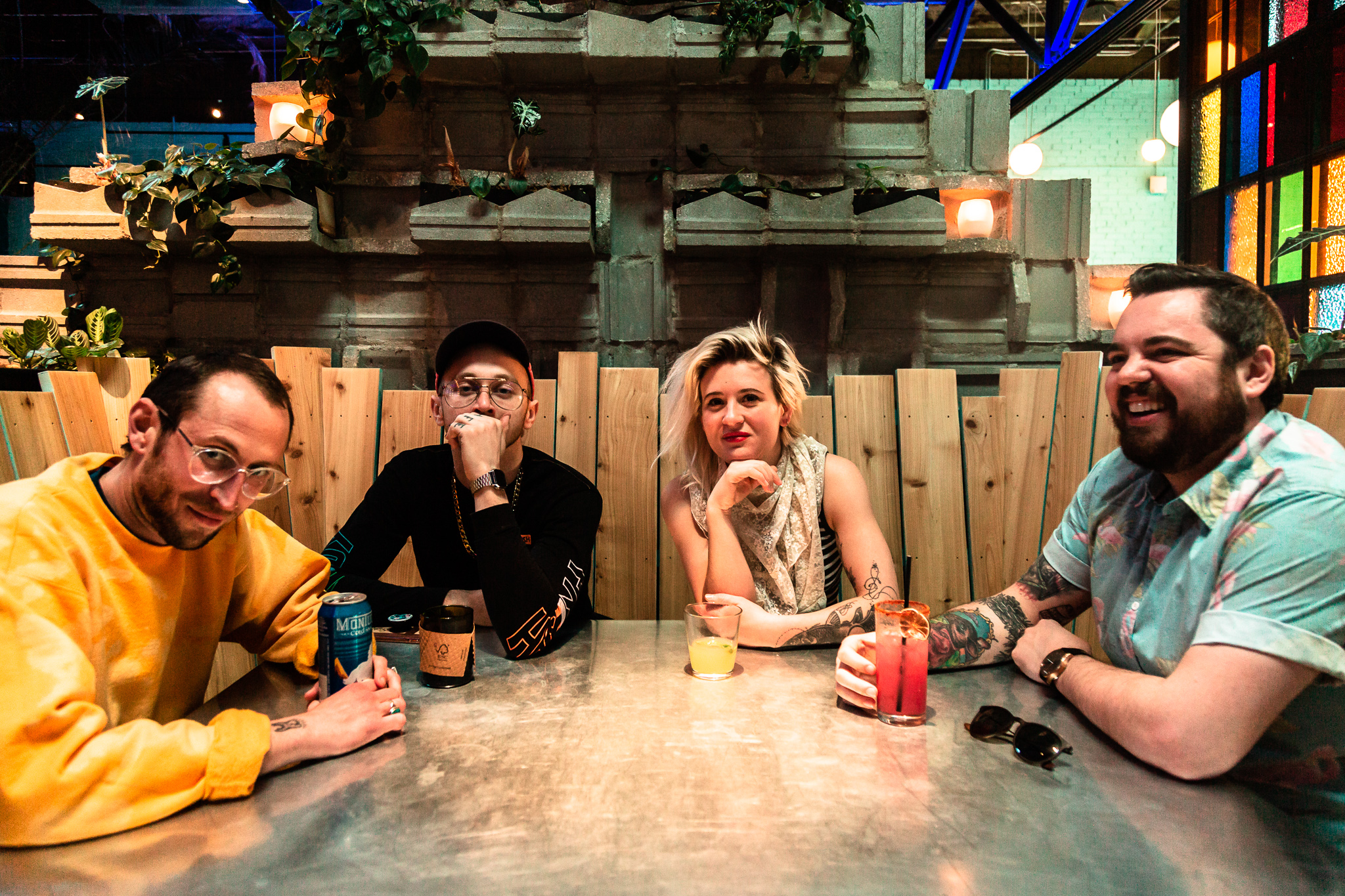 It’s difficult to imagine the band in any other incarnation — as their contrasting personalities and influences work to balance each other out musically. “These guys help me keep things not too serious,” says frontwoman, Melanie Steinway — Steinway is the backbone of the group, providing their trademark introspective lyrics and ethereal vocals. Lead guitarist, Matt Rossi, explains that their musical influences “meet in the middle as being a little electronic, a little angular. With Melanie’s folky-esque fingerpicking, it all meets with this ambiance [of] shiny and dreamy and fun – where we all meet halfway is dream-pop.”

Steinway — a prolific tattoo artist and illustrator by day — is responsible for the animal and nature imagery associated with the band. If you haven’t googled it yet, “Tyto Alba” is the scientific name for the barn owl. “I just really like animals and birds, I was a barn owl in my past life,” declares Steinway. Whether intentional or not, the band’s namesake represents them well — with the self-professed “music for sad moms” tending to feel moody, mystical and spacious. 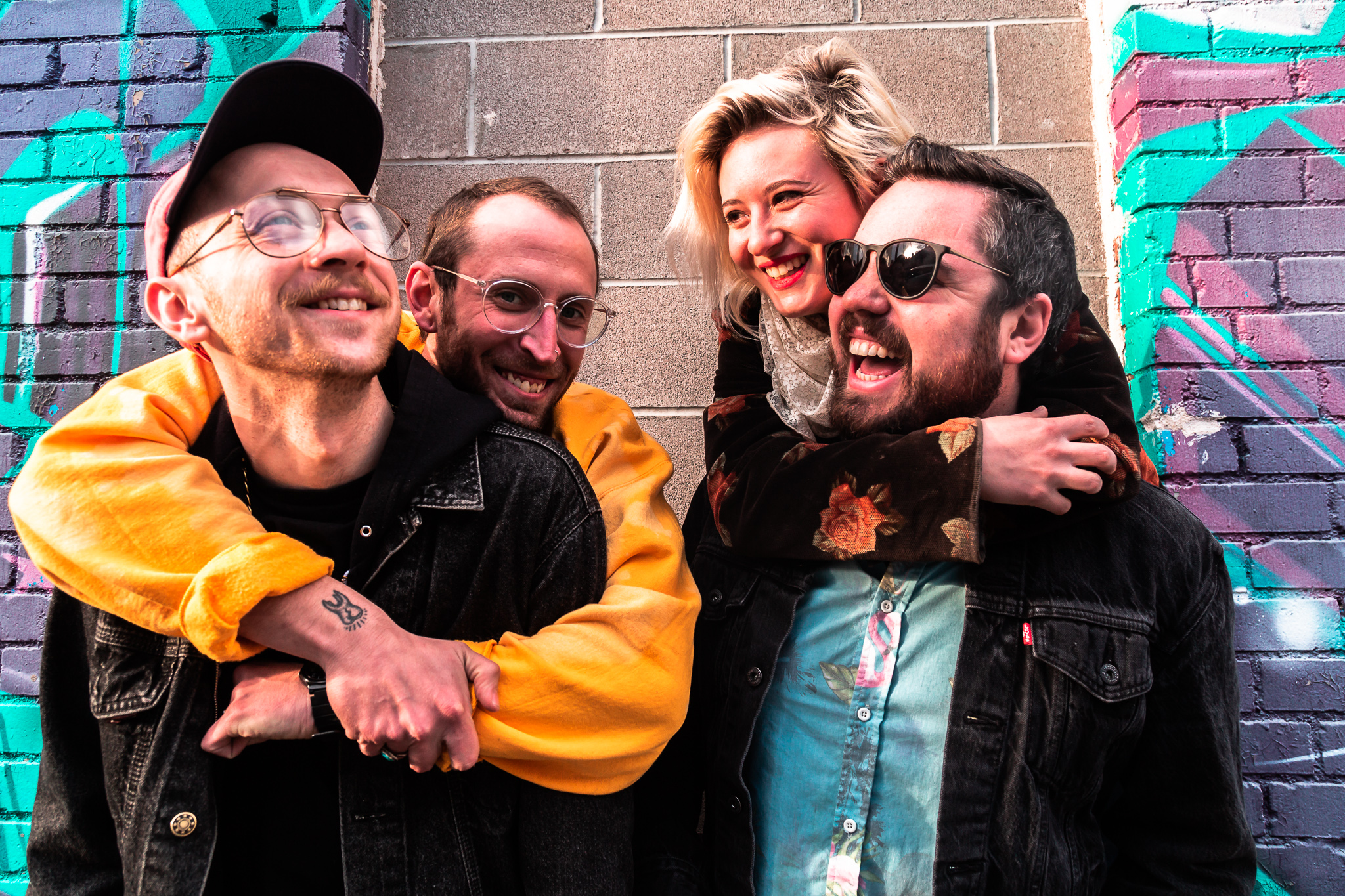 The recently released single, “Oh Pride,” is the perfect example of the group’s shoegaze qualities at it’s best and provides us with an exciting preview to the rest of Sucker. Amidst dreamy synth and delicate vocals, lyrics like “telling yourself that nothing can fix you as you’re kicking yourself down over and over again” land with a softness that juxtaposes the heavy subject matter — something that this new album isn’t afraid to do.

“I feel like naming the record [Sucker] is embodying a lot of the shit you’ve got to deal with in life. That’s an umbrella that depression and addiction — everything that is a hurdle that needs to be lept over — can be summarized by. Also, being a sucker in terms of whether you’re going to fall victim to it. It’s very multifaceted.”  – Steinway 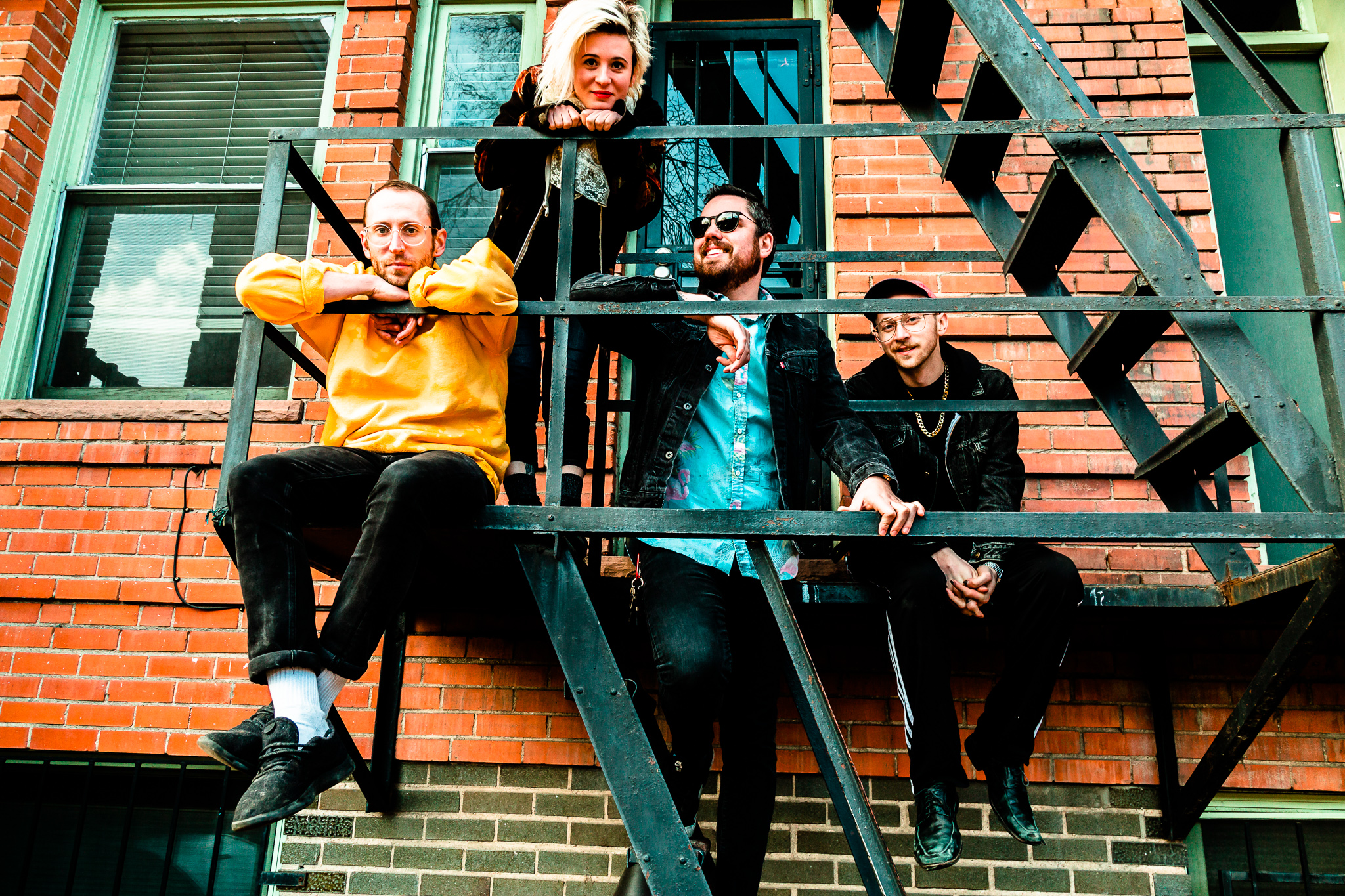 Tyto Alba has found their niche in Denver. While the local music scene seems to be awash with folk bands and party rock bands, Tyto Alba’s style is more “raw and exposed and sensitive” — and certainly less ubiquitous. DiMarchi and Steinway explain that, while it can be a “double-edged sword” when it comes to finding bands to share a bill with, having musical diversity on a bill is something that is generally well-received in Denver and surrounding areas.

While the band is no stranger to touring out of state and has played at festivals like South by Southwest and Treefort Music Fest, Tyto Alba has decided to take some time off from touring to focus on Sucker. Rossi explains how taking that break allowed them to “remember why we love playing music and get back to the roots of why we started doing it.” “Obviously music is a big thing, but you can’t forget that you’re a human being as well,” says Rossi. 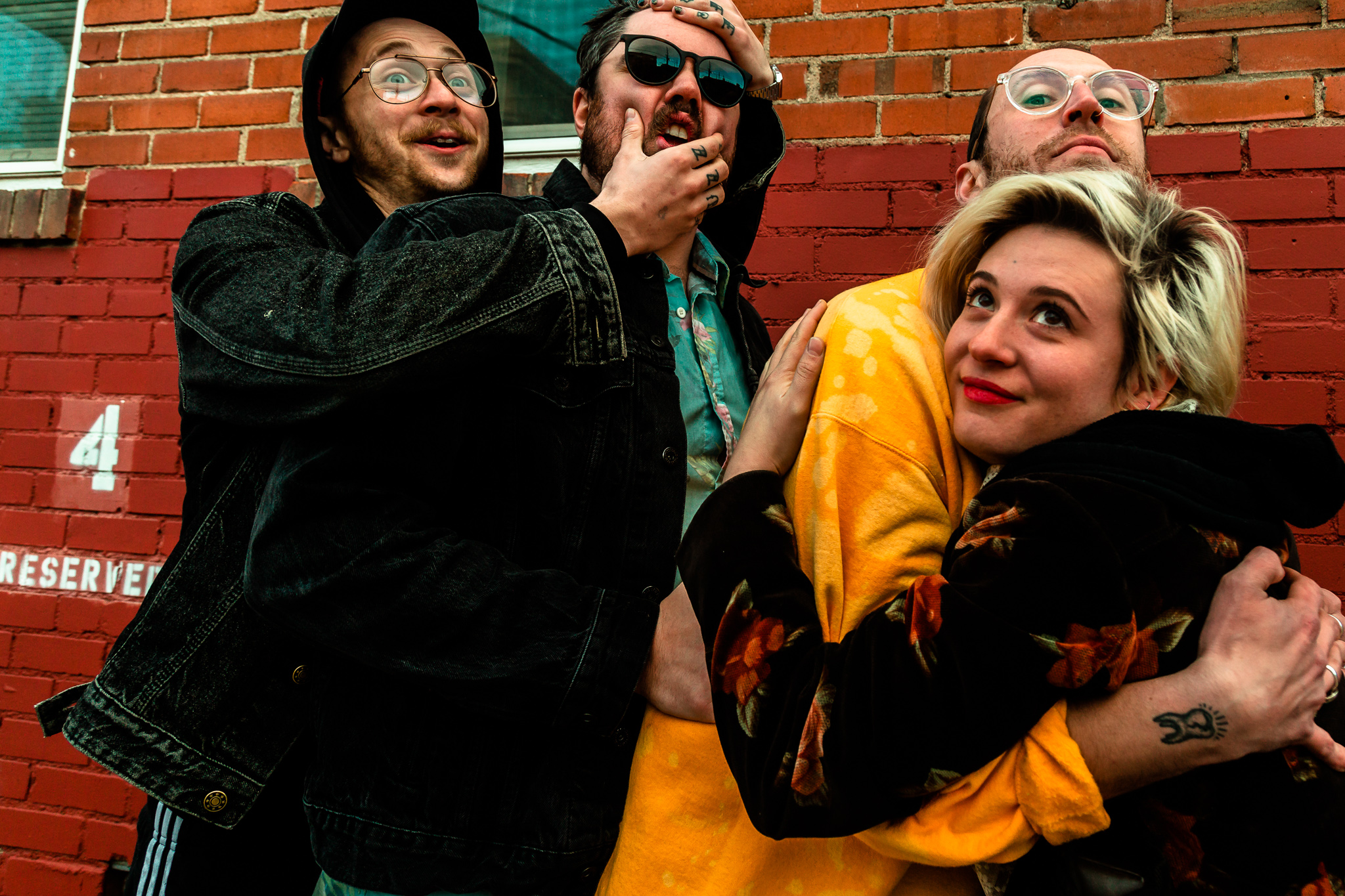 Wrapping up our time with Tyto Alba, it seemed only appropriate that a band connected with so much animal imagery should have well thought out and developed spirit animals (this is a question that only Steinway received with enthusiasm).

303 Magazine: What are each of your spirit animals?

Matt Rossi: Goddamnit, Melanie asks me this question every week.

Andrew Bair: I always go with a bear. Because my first name is Andrew, so it’s A. Bair.

Melanie Steinway: I feel like I identify with a lot of animals. I really like kestrels, they’re the smallest species of falcons and they’re really obnoxious. But I also really like whales..and wolves..and deer.

Danny DiMarchi: Wait, does it have to be a real animal? I’d be a manticore for sure, I think it’s got a scorpion’s tail and a lion’s face. Or I could be a poisonous tree fro, because I’m toxic to everyone I come into contact with. Or I’m a surinam toad and I give birth to thousands of other toads.

MR: Well I’m usually a bear, but I liked penguins for a long time when I was a kid.

MS: Matt has the heart of a penguin and the stride of a gazelle.

MR: I want something that lives in the ocean because I grew up on the water. Maybe I’m a sea lion. I do lounge a lot. 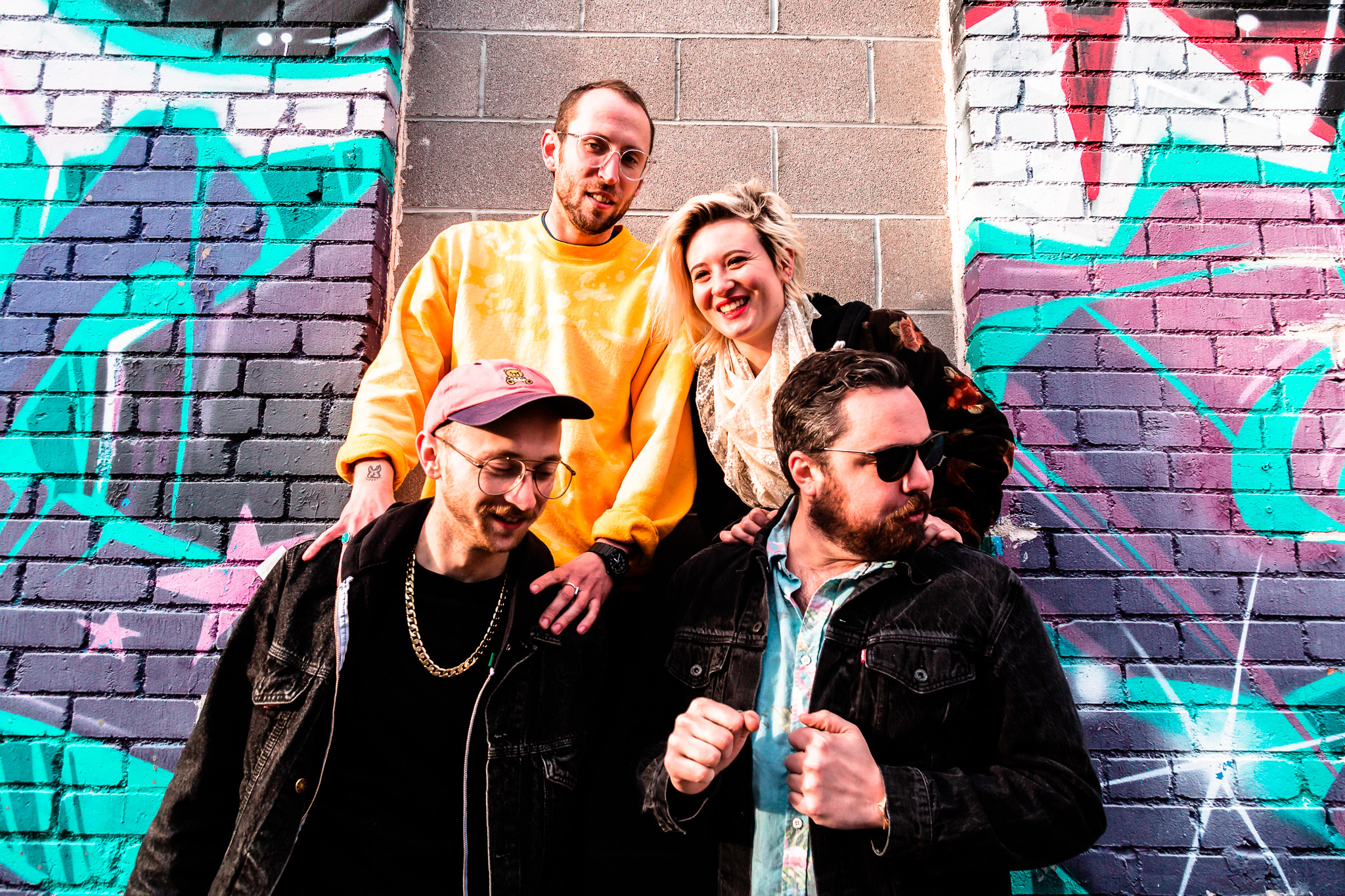 Be sure to catch Tyto Alba for their album release show at the Hi-Dive on May 4. Keep up with the band through their website, Facebook and Instagram.