What You Missed From the Second Annual Side Stories in RiNo

For the second year in a row, walls in the RiNo Art District were made into screens for short animated films in a festival called Side Stories this past week. During the event, viewers had the chance to scour the Brighton Boulevard side of RiNo for eight looped films from eight local artists. Each film was delightfully different, the locations of the walls were picturesque and the artists who participated displayed a masterful approach to digital projection.

Moving the epicenter of Side Stories to the Brighton side of RiNo proved to be one of the best changes that were made from the inaugural year, with a higher saturation of warehouses and other interesting architectural features to project the films onto. From the curves of the Ardent Mills Grain Elevators and the White Tower at Great Divide to the flat and wide walls lining Brighton, every location was unique and the films reflected that individuality. Stopping by almost any night of the event — which was elongated by one night to accommodate people’s interests — the streets and sidewalks were peppered with interested viewers who were on the search for the eight films. 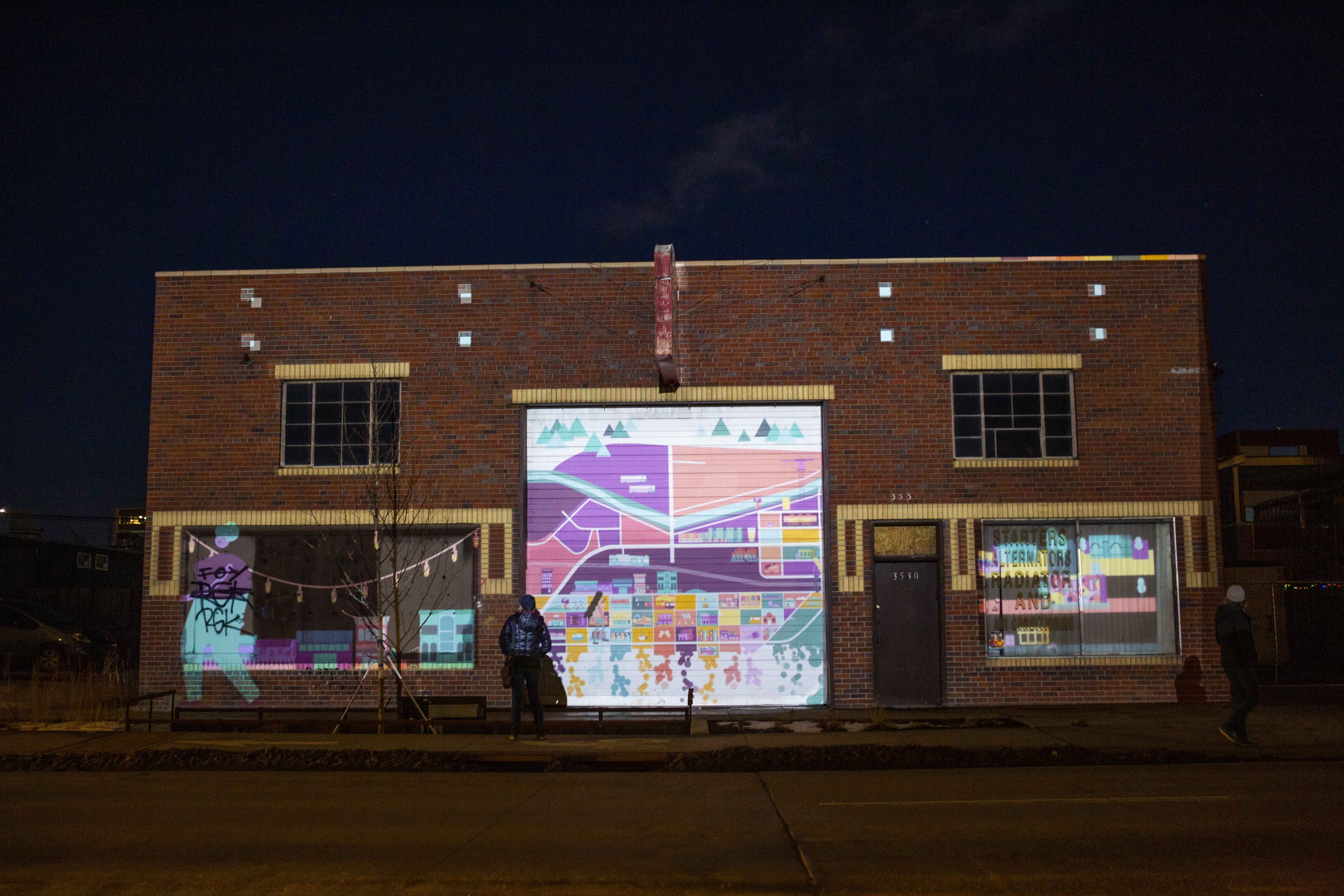 Studio Hippo at Side Stories 2019

One of the groups of artists who participated last year — Studio Hippo — was awarded another spot this year and did not disappoint. Projecting onto the front of Denver Diesel and Radiator, the film reimagined a city with all the bustling parts. It was created to reflect the changing landscape of RiNo and other neighborhoods in the city, but Studio Hippo didn’t stop at basic animation projected onto the wall. Using the theme of change, the artists designed it so that certain parts or accents of the building would appear to move and shift shapes. It was a mesmerizing effect to add and aggrandize the animation, but it was also a little nuanced so that watching the loop over-and-over allowed you to appreciate it more.

Another artist — Brian Fouhy — who participated for the first time this year, created a storybook-inspired animation called “Goodnight Denver” on the side of the Rust Residence. Much like a bedtime story, Fouhy’s animation flipped through different photos, mostly of Denver (that Fouhy has taken personally) as well as placards which read like silent movie cue cards. Part of Fouhy’s style is to be hyper-focused, and in many cases, that means capturing photos of single words or phrases. In these photos, the words act as the subject, but there seems to always be more to the story than the words can tell us. “Goodnight Denver” incited curiosity at the same time it provided a calm, reassuring feeling when watching it. 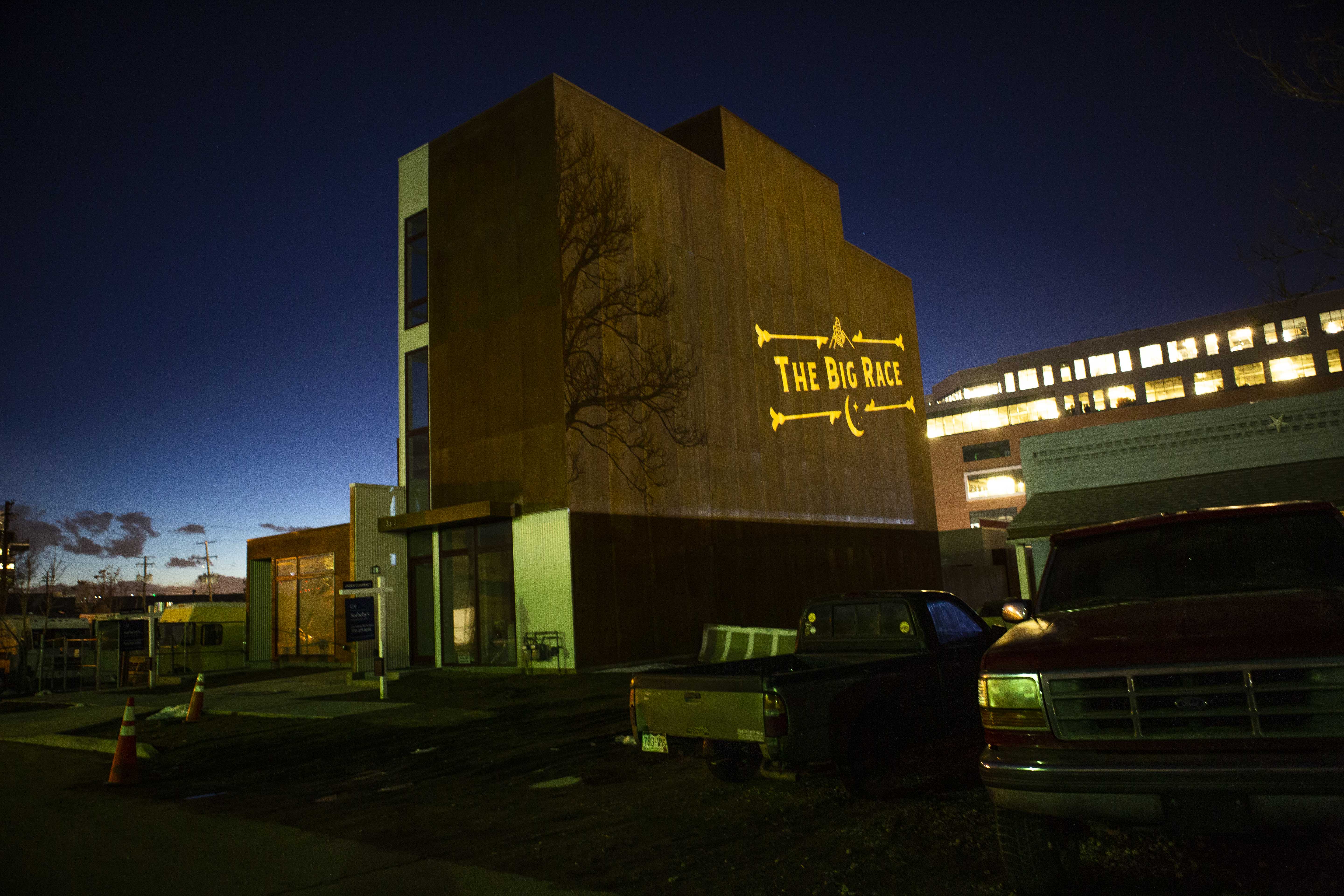 “Goodnight Denver” by Brian Fouhy for Side Stories 2019

A trip to this year’s Side Stories would not have been complete, however, without watching “Hands” by Brendan Young. Playing on the Colorado Food Trucks building, the film celebrated the world of sign language by showing seven different people signing poems. These poets came from the deaf community and were given the task of writing and performing the poems themselves. Without reading along with the meanings (which you could do on the website) the visual impact of the signers was palpable, hypnotic and intoxicating. Reading along was an even richer experience. The film caused people to slow in their cars as they passed by. And it was all silent (like the rest of the films) but what distinguished its silence from the rest was that the silence felt natural. The combination of poetry and sign language was haunting and beautiful in the outdoor-projection format, and the message and meaning was a deeply-appreciated added bonus. 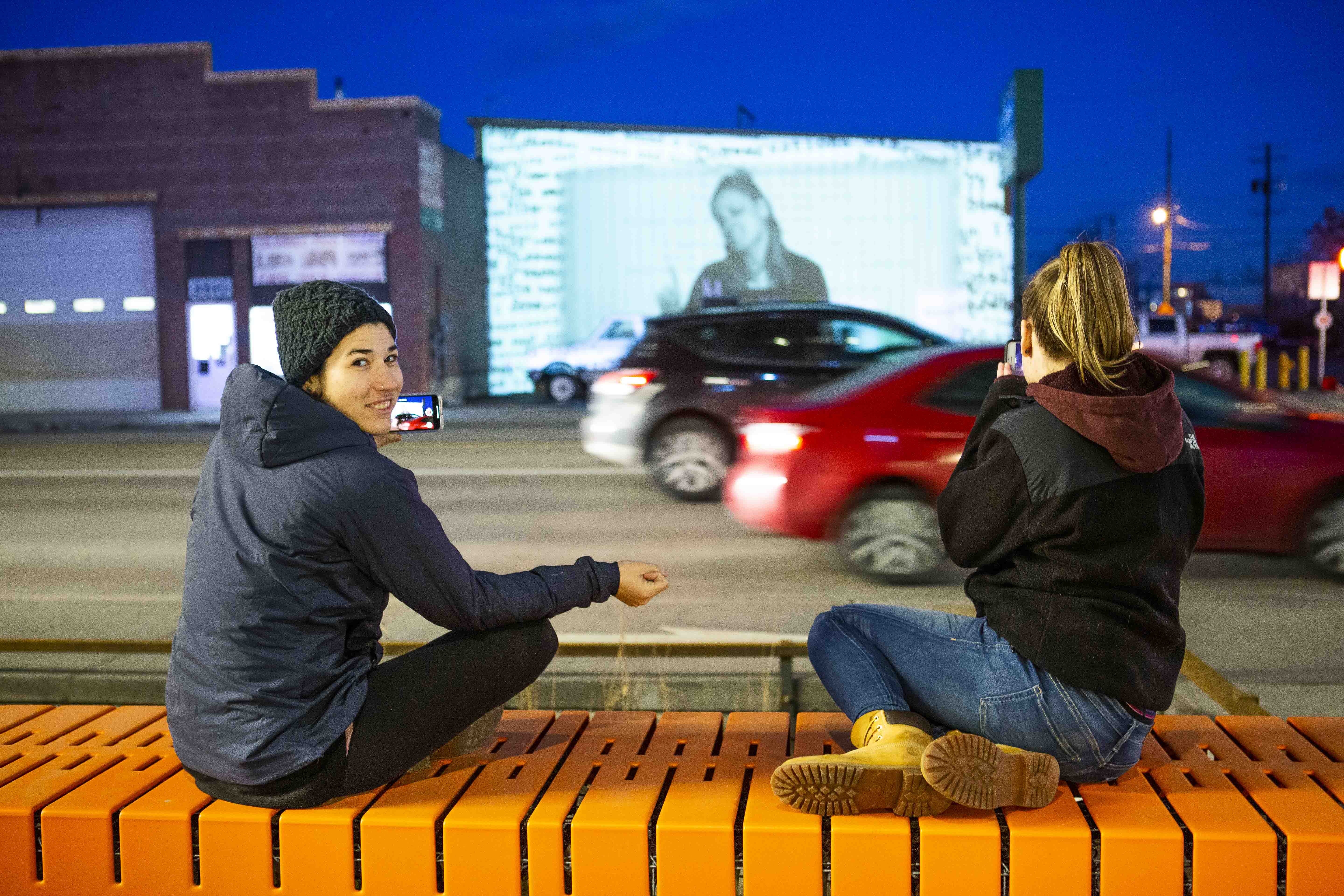 “Hands” by Brendan Young at Side Stories 2019

Although each artist’s work was worthy of attention, this format begs for the audience to go and witness first-hand. Part scavenger hunt, part neighborhood history, part contemporary art — Side Stories is truly providing a novel way to activate overlooked places and challenge artists with a one-of-a-kind canvas. And we can’t wait to see the narratives next year.