Indie rock holds a special place in Denver’s heart. A long lineage of artists has swept through the Mile High City, rising from our dive bars and Colfax venues to venturing in and heeding our city’s call. If there’s one thing Denver loves, its a good indie rock tune blasting from the floor monitors. Relatively new indie rock outfit, Definitely, Maybe — the brainchild of Carmine Gabbianelli and Zachary Antonio — are carrying the torch in a psychedelic and startling fashion. Bare-boned and dynamic, the group is set to release their debut self-titled EP at Fort Greene this Friday, March 8 alongside Ramakhandra and Laura Goldhamer and will feature an afterparty spun by none other than Nasty Nachos.

The forthcoming EP is a staggering listen — one of reverberating frenetic guitars bounding off Gabbianelli’s nuanced sing-talking and anchored with a surprising twist of chord progressions. The first track, “Sleep,”  is a sauntering diatribe of loss that buries its head in the bed, struggling to rest amidst the feeling of helplessness to the situation. Following, “Moment” bobs and weaves its way against Gabbianelli’s yelps and “Last Call” builds and bellows into admissions of not being able to let go. The last two tracks, “Being,” the former, feels like a spare Cold War Kids track, over rattling acoustic guitars as Gabbianelli’s voice belting into the atmosphere, and the latter, “Air,” the ultimate track, crunches a long in an ever-winding freefall, that sees the group indulging in their trippy side full stop.

The group in anticipation of the forthcoming EP also released a music video for the track “Sleep.” Between looking at his horoscope and swiping seemingly endlessly on Tinder, the video shows Gabbianelli’s attempts to fill a hole in any way and anyone he can, to no avail. Finding himself literally with his back to the wall, Gabbianelli is in the throes of a cosmic trip — the image of which not only befits the song but Definitely, Maybe’s debut project as a whole. Hallucinatory and pensive, Definitely, Maybe’s self-titled is a winding sequence dropping the listener headfirst into the band’s dizzying frame of mind. Though much of Definitely, maybe is the work of Gabbianelli and Antonio, when the group takes their material live, as they’ll do this Friday, they will expand to a four-piece, bringing an entirely new perspective. 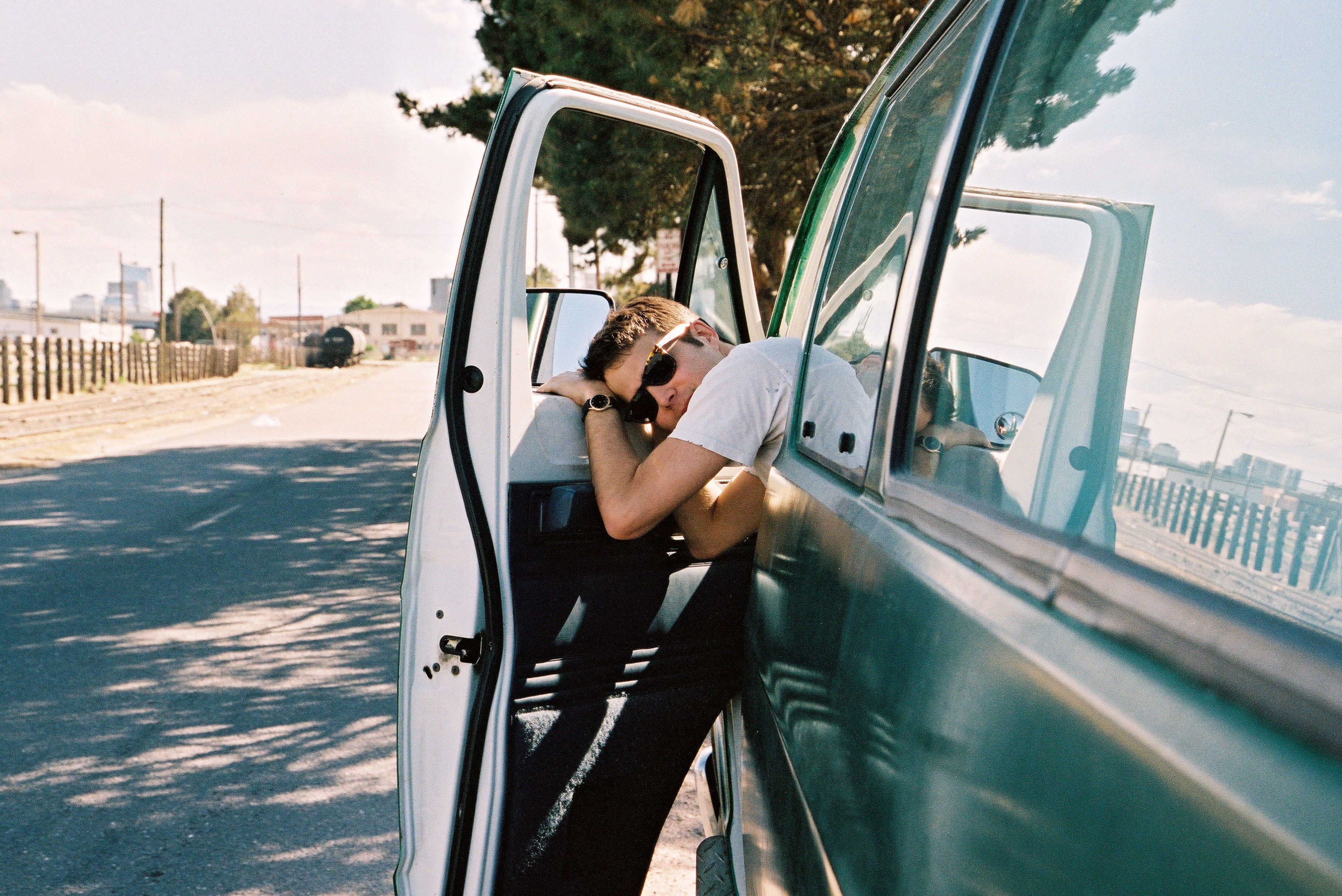 The upcoming performance will begin at 8 p.m. this Friday, March 8 at Fort Greene Bar (321 E 45th Ave, Denver, 80216). The event is completely free and will feature performances from all three bands as well as an after-party by Nasty Nachos, following Definitely, Maybe’s performance.