Some of country music’s finest are gearing up for a return to Buena Vista, Colorado this summer. Dierks Bentley’s Seven Peaks Music Festival, which successfully launched last year, announced its return over Labor Day Weekend (August 30 – September 1) with Dierks Bentley and Luke Bryan headlining.  The rest of the lineup is rounded out with a selection including Maren Morris, Jon Pardi and the Nitty Gritty Dirt Band amongst others, all hand-selected by Bentley himself. The breathtaking location of the festival with the picturesque Rocky Mountains at its back is a rare and welcome refresher from the growing number of city festivals. In addition to the breathtaking setting and stacked lineup, fans can expect additional activities across the weekend including the return of the Somewhere On A Beach Party and Late Night At Whiskey Row, as well as  ATV Tours, inflatable kayaking, whitewater rafting and much more.

Speaking on the return of the festival, Bentley couldn’t hold back his enthusiasm.

“I am so happy and grateful we get to come back to Buena Vista for the second Seven Peaks Music Festival and I know I speak for everyone that has worked so hard to make this festival a reality when I say that. Even with the huge success of the first year, no one is taking anything for granted. If anything, we are all working harder than ever to make sure this year meets and exceeds the expectations of our returning ‘Peakers’ and completely blow away our first-time festival-goers.”

Tickets for the upcoming festival will go on sale on Friday, March 15 at 10 a.m. 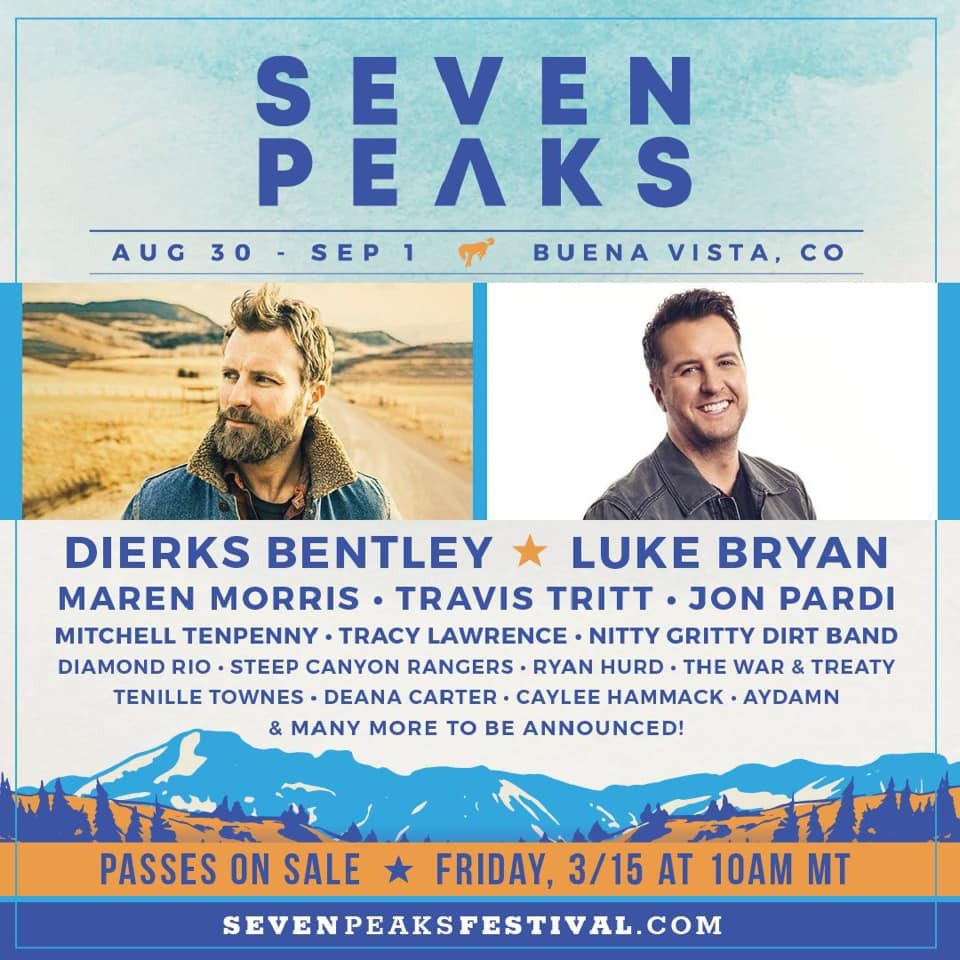