Jamba Dunn’s kombucha brewing started out as an obsessive hobby and now he’s Boulder’s newest expert brewer after starting Rowdy Mermaid. The company creates earthy and organic beverages that are function-forward and uniquely wholesome. With flavors like Flower Grow – a decaffeinated drink – Savory Peach – to boost immunity – and the upcoming Lion’s Root – a mushroom-based beverage, this kombucha is refreshingly untraditional.

Dunn started brewing kombucha at home in 2012 – before it was a trend. At the time, many brewers making kombucha didn’t fully know the science behind the drink. So he set out to discover what makes kombucha what it is. “It’s been a sort of underground thing for a long time,” Dunn explained. And anyone who knows Dunn knows that when something piques his interest, he’s pretty much unstoppable. After a year of research and a few more of experimentation, Dunn’s company is  growing with a large warehouse space and a taproom in Boulder’s Rayback Collective space. 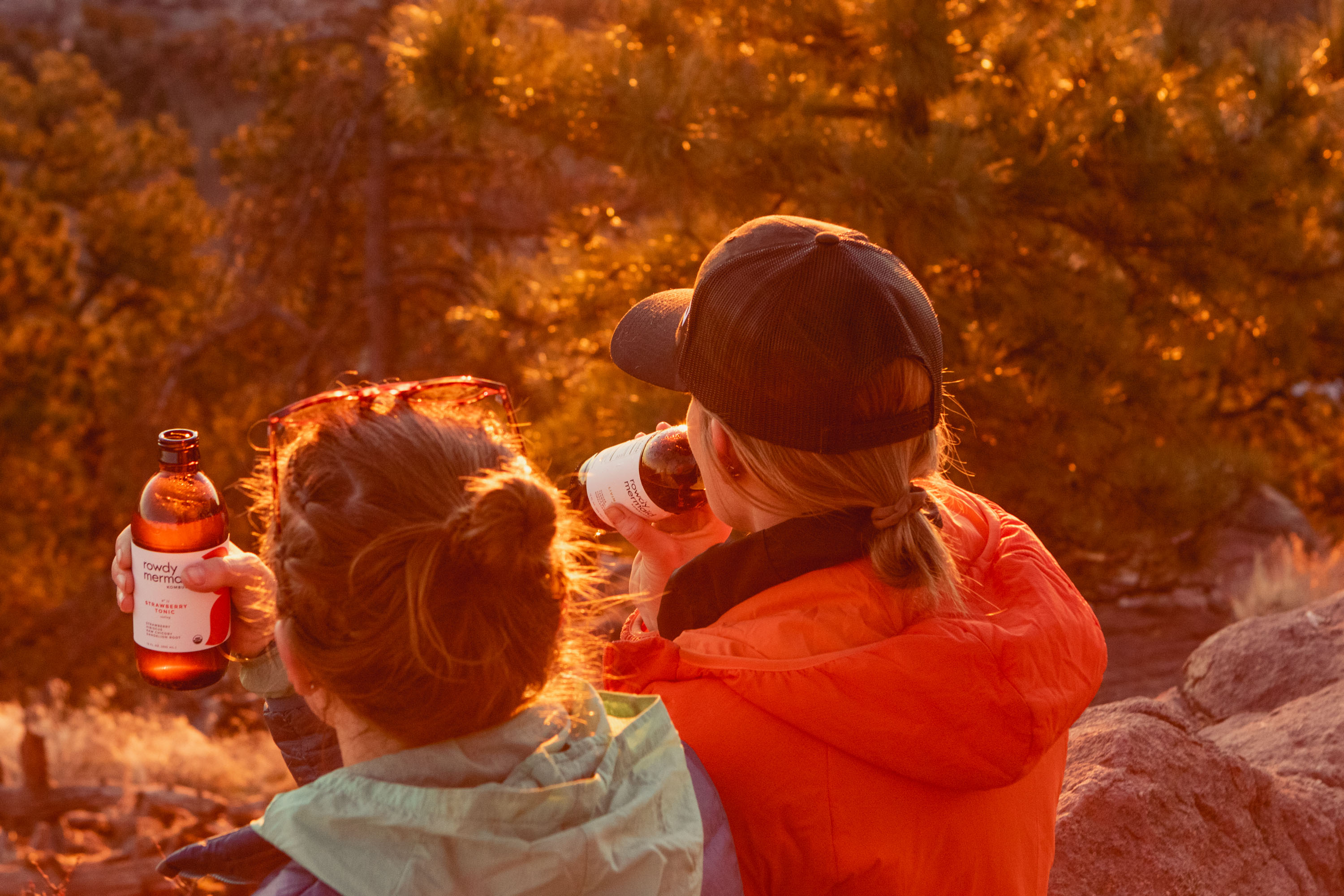 In the beginning, Dunn worked a corporate job and started brewing beer to have some creativity in his life. Obsessed with the concept of the process, he was constantly tweaking variables to improve the outcome. When his three-year-old daughter came into the garage and wondered if she could taste what he spent so much of his time making, he realized he’d been neglecting his daughter of quality time. She asked if he could make something she could drink and he settled on kombucha. He reported, “I thought well, this is going to be easy. I’ll just make her some kombucha and I’ll go back to brewing beer. And then we’ll both be happy.” And so began Dunn’s obsession with kombucha.

Over the course of a few years, Dunn hired a microbiologist, consulted with an ayurvedic herbalist and rented out warehouse space, all while he was still working at his corporate job. “I quickly learned that almost no kombucha company that I connected with had a clear understanding of the science,” Dunn explained. Dunn researched the drink and its ancient traditions and began to question the ingredients and figure out why each ingredient was important to the end result.

His daughter remained a part of the tasting process, waiting each morning for her glass of kombucha. Dunn described that each time she gulped down a glass, she would “look a little wild-eyed and start jumping around the house.” This abnormal behavior, Dunn recognized, was due to the caffeine from the tea in kombucha. When his daughter asked for a kombucha made purely out of flowers from their garden, he set out to make a decaffeinated kombucha that was more suitable for her. Though the microbiologist told him that nobody had ever made a kombucha like this, Dunn wanted to figure out how.

“It didn’t dawn on me at the time that even though we were doing something novel that it was, in fact, novel,” Dunn commented. With a tradition so old, he assumed other people were also experimenting with the beverage and trying to make it better. A year after renting out warehouse space, he was brewing 200 gallons of kombucha at a time. “Even at that point my intention wasn’t that I was going to start this company,” Dunn explained. “It was somewhere in the middle of doing hundreds of iterations that I realized that I was so much happier doing this than I was building software that I decided to take the leap.” 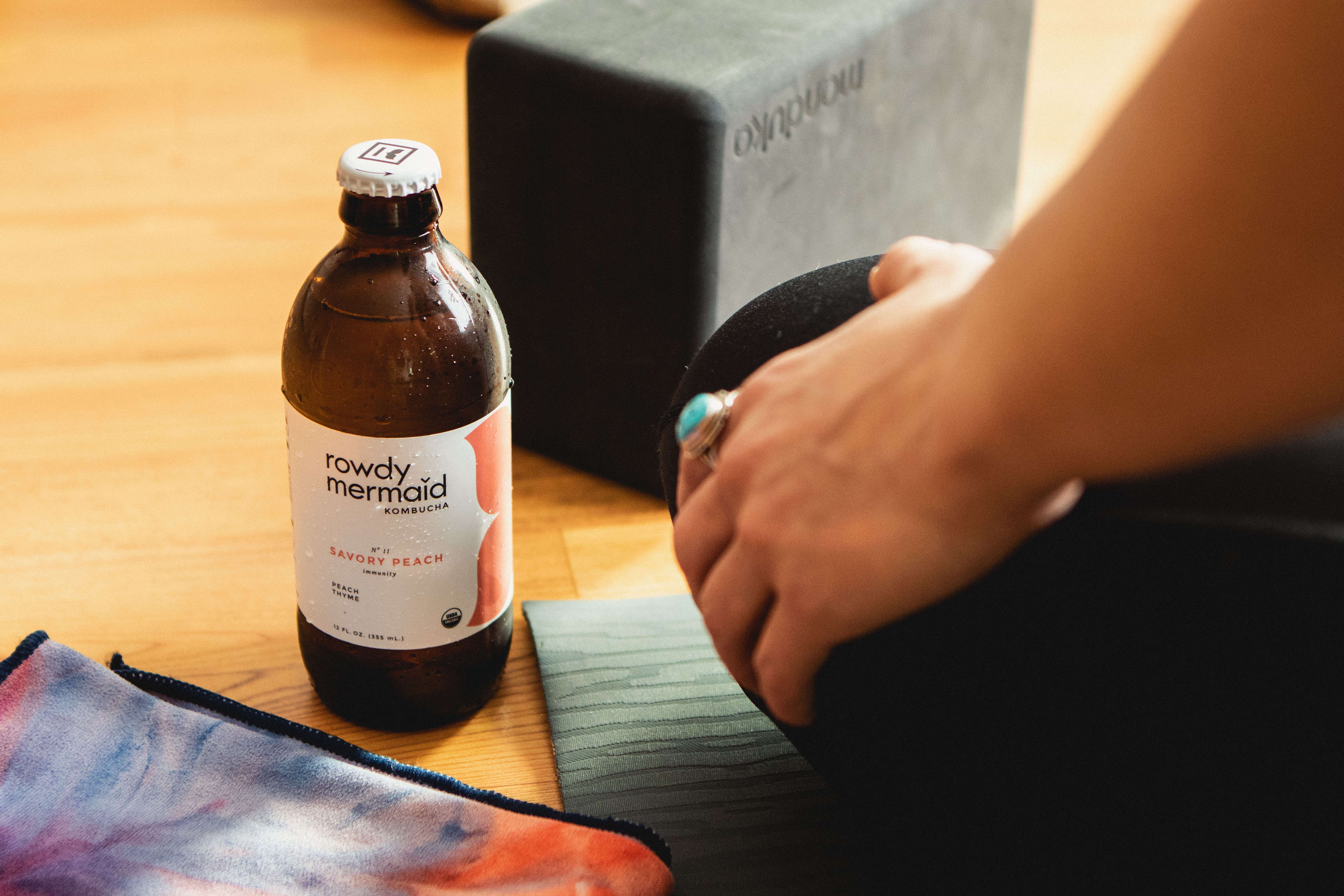 In 2013, after spending a year splitting his time between office, home and warehouse, Dunn knew he needed to find a good way to break the news to his wife that he was quitting his stable job and living his passion. On a family trip to the Cottonwood Hot Springs, he told his wife he was planning to step away from the job he’d had for years. After thinking about it for a minute, she asked what he would name the company. “That’s the question that had never occurred to me,” he reported.

As the story goes, while Dunn was contemplating his wife’s question, his daughter was playing mermaid. She was “a little out of control, and walking around on her hands and knees,” he explained, “jumping over people’s heads back into the hot springs.” He kindly asked her to calm down, and said, “ I need you to stop what you’re doing, you’re being a very rowdy mermaid.” At the same time he told her that, the man whose head she jumped over mouthed, “rowdy mermaid.”

“That was it,” Dunn concluded. “It all fit because I had been trying to solve this problem for her, to keep her from being so rowdy, and I made a decaffeinated kombucha for her because she was rowdy.” Not everyone was convinced as quickly about the name “Rowdy Mermaid” for a new kombucha company. After deliberating with name consultants and almost pursuing another option, Dunn decided to return to Rowdy Mermaid because it was authentic and it made sense. “It all came full circle.”

Historically, kombucha was made following a specific process without much deviation from the original recipe and ingredients. Over time, kombucha companies added flavoring ingredients to market the beverage to different audiences, but the core ingredients stayed the same. When Dunn started brewing kombucha, he wanted to understand the process more and began experimenting with the ingredients to discover their function in the healthy beverage. “The issue is that kombucha is wild,” Dunn explained, “we are realizing many of the living organisms in kombucha do not seem to add to taste, function, fermentation times, or potentially gut health.”

He’s been changing, evaluating and manipulating the core ingredients to create a different brewing process for Rowdy Mermaid. After years of research, Dunn is now controlling the process and working with the living organisms and cultures in the drink to raise strains that thrive in low-sugar, low-acid environments. “We are harnessing what has always worked in the process,” he added, “while controlling those unknown elements to provide what we feel is a cleaner and more function-forward product.”

“We work from the function towards the ingredients,” Dunn explained. “Ingredients are extremely important to us, they’re not just a flavoring compound.” In their kombucha that is designed for digestive health, Dunn found ingredients that naturally soothe the stomach and help digestion. Turmeric, ginger, fennel and fenugreek are traditional healing herbs that calm the digestive system and Dunn uses this ingredient compound to build a “helpful, function-forward” drink. In addition to useful ingredients, the base of all their beverages is water from Colorado snowmelt, giving the drinks a pure and crisp taste.

Dunn also focuses on the quality of ingredients and creating a clean supply chain from the farmers to the kombucha brewing facility. “So much of the regulation about securing a clean supply chain is about paperwork and not about the integrity of the actual ingredient,” he commented. To ensure that Rowdy Mermaid’s ingredients are truly organic and wholesome, Dunn partnered with Teatulia Teas. They have a regenerative organic garden in Bangladesh that not only provides Colorado consumers with healthy teas but also gives money back to the local Bangladeshi farming community to build schools and medical outposts. “It doesn’t make sense to be looking at the health of the body without looking at the health of the environment,” Dunn added. 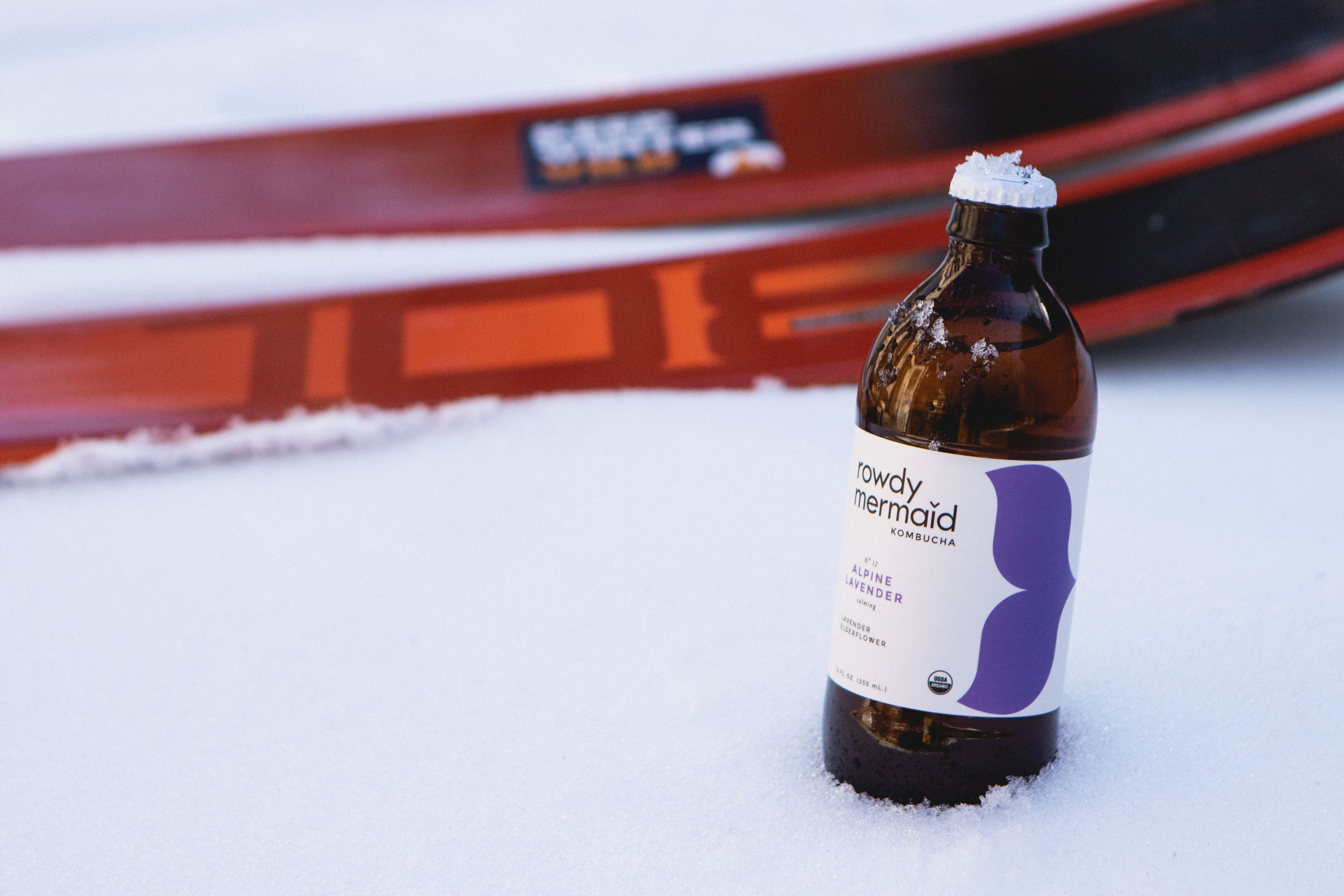 After completing Series A funding, Rowdy Mermaid is gearing up for some changes to become more sustainable and deepen their relationships with customers. In the next year, they plan to can kombucha instead of using glass bottles. This change will increase the recyclability of the product, but Dunn also explained that “it’s going to lessen the fuel that it takes to ship the product, and we’re going to be able to stack more of them into a truck, so that we can deliver more at one time.” In addition to this big change, the facility is lighted only by LED lights and Rowdy Mermaid is investing in wind energy to offset their energy costs.

Now that Rowdy Mermaid is a stable company, Dunn is looking into their partnerships with Rowdy Mermaid suppliers and wholesalers. “We’re only activating sales within an arm’s distance,” Dunn explained, as they are focusing on sales in the west. He believes that “by building a stronger business and closer relationship with our buyers, stores and consumers, that we’re going to build a better business overall.” He concluded, “our goal isn’t to be an overnight success – which seems to be the goal of many companies coming into this space – our goal is… to try to do the right thing.”

Doing the right thing for Dunn, in the beginning, meant spending more quality time with his daughter, which is why he started brewing kombucha. But as Rowdy Mermaid has grown, the founder has continued to choose the right thing – even if it’s more difficult or less cost-effective. And it’s definitely paying off. At the most recent Natural Products Expo West, the function-forward nutrition bar trend started to accelerate. Dunn’s own efforts to create function-forward kombucha was innovative back in 2013 and has established him as a leader in the wellness industry as he continues to develop his processes and beverages.

Rowdy Mermaid’s tasting room is located at the Rayback Collective, 2775 Valmont Rd., Boulder and is open daily from 11 a.m. to 7 p.m.