Ski and snowboard gear for the last decade has been pretty stagnant. Each season brings a new set of graphic designs on coats, or a few grams of weight shaved off a board, but largely the gear has followed in the guidelines of established designs. Perhaps the closest thing to innovation in snowboarding is the splitboard — a snowboard that breaks into two pieces in order to skin up slopes as alpine skiers do. The original splitboard was created in the early ’90s by Brett Kobernik and the founder of Voile. But that was in 1994, and now, more than two decades later, the world of snowboarding is finally getting a new piece of gear — the Convert bindings from Ross Snow Tech.

Essentially, the bindings act like Transformers, converting from downhill snowboard bindings into 26-inch snowshoes. And the conversion can happen in 30 seconds (once you understand the sequence of locks and sash levers), without taking your boot out of the binding. Conceptualized by Denver-based Alex Swaynie in his garage, the Convert bindings will change the way snowboarders get around on resorts and in backcountry terrain. 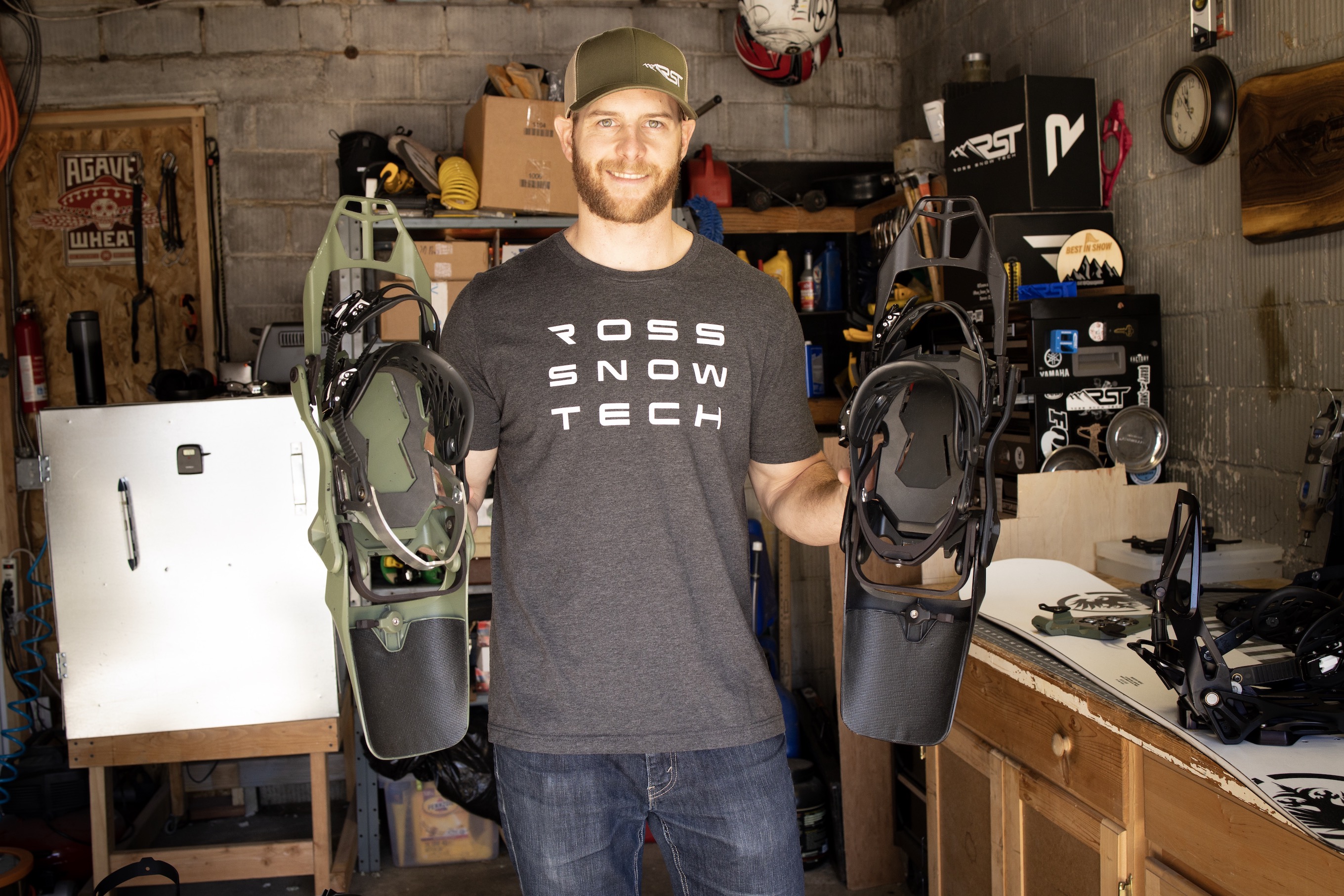 Alex Swaynie with the Convert bindings

Swaynie first thought up the idea for these bindings when he was boarding with a friend at Powderhorn Resort near Grand Junction in 2011, the year before he graduated from Colorado Mesa University. His friend was stuck in loose powder and in the time it took for him to get out, Swaynie kept wondering what could be different with his gear to make it easier for both of them in those situations.

As a marketing and entrepreneurship major, Swaynie used that experience at Powderhorn to create a prototype binding and entered it into some elevator pitch competitions. Although he won fourth in the Collegiate Entrepreneurship Organization (CEO), the binding idea remained dormant for Swaynie until 2016. 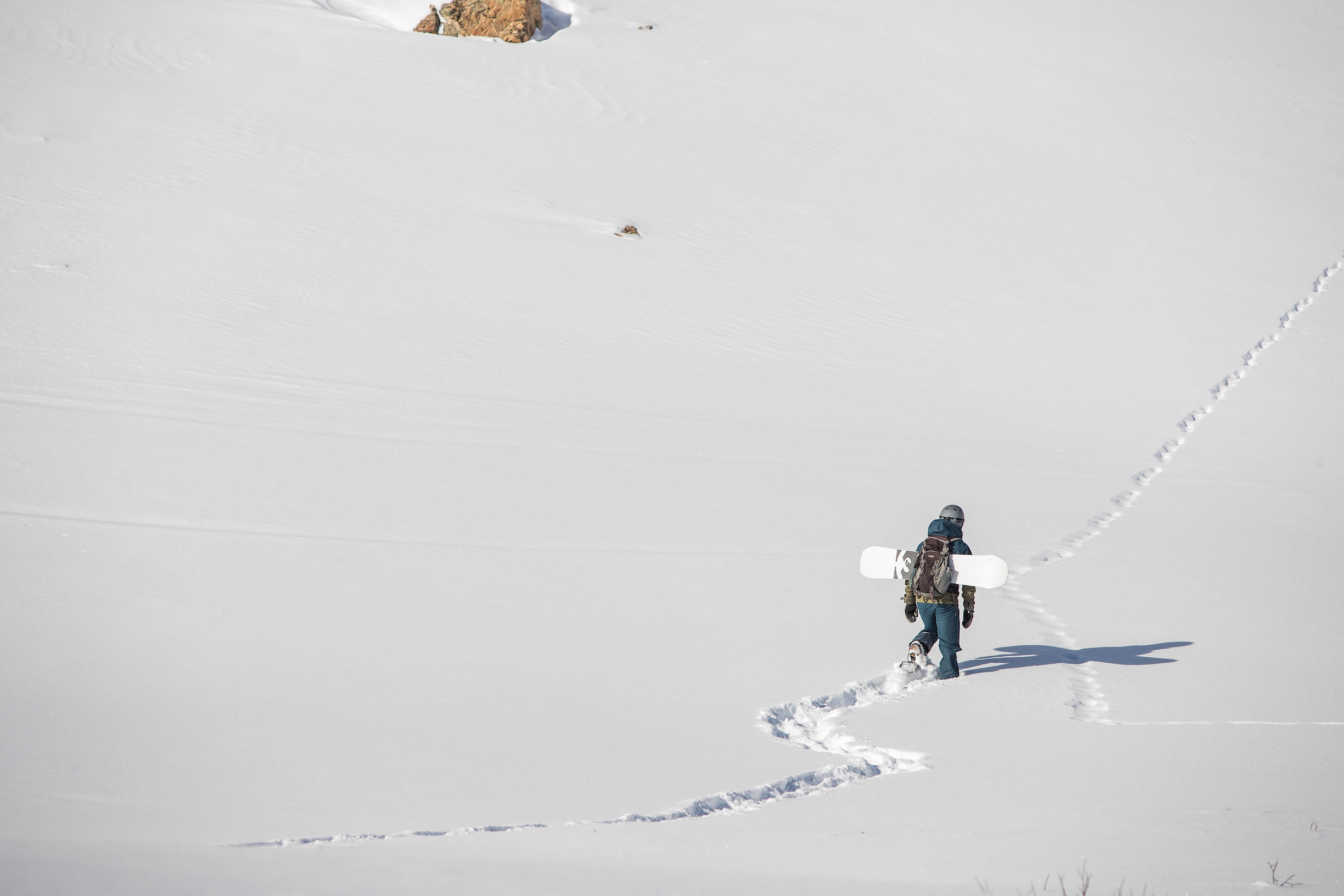 “These bindings were always in the back of my head. Every time I told someone about them they’d say ‘oh my god that’s such a good idea.’ And I just got sick of hearing that,” Swaynie explained. So after interviewing a handful of local product development companies, he hired Link and made his idea a reality. “[Link] does all the heavy-lifting on the project,” he mentioned humbly, standing amidst the different prototypes he’s made on his own in a little garage near the Art District on Santa Fe. But the truth is that Swaynie is a tinkerer, a first-time inventor and a passionate entrepreneur. And with these bindings, he’s not only innovated the field of snowboard bindings, but he’s also reminding the entire industry that there is room to grow. 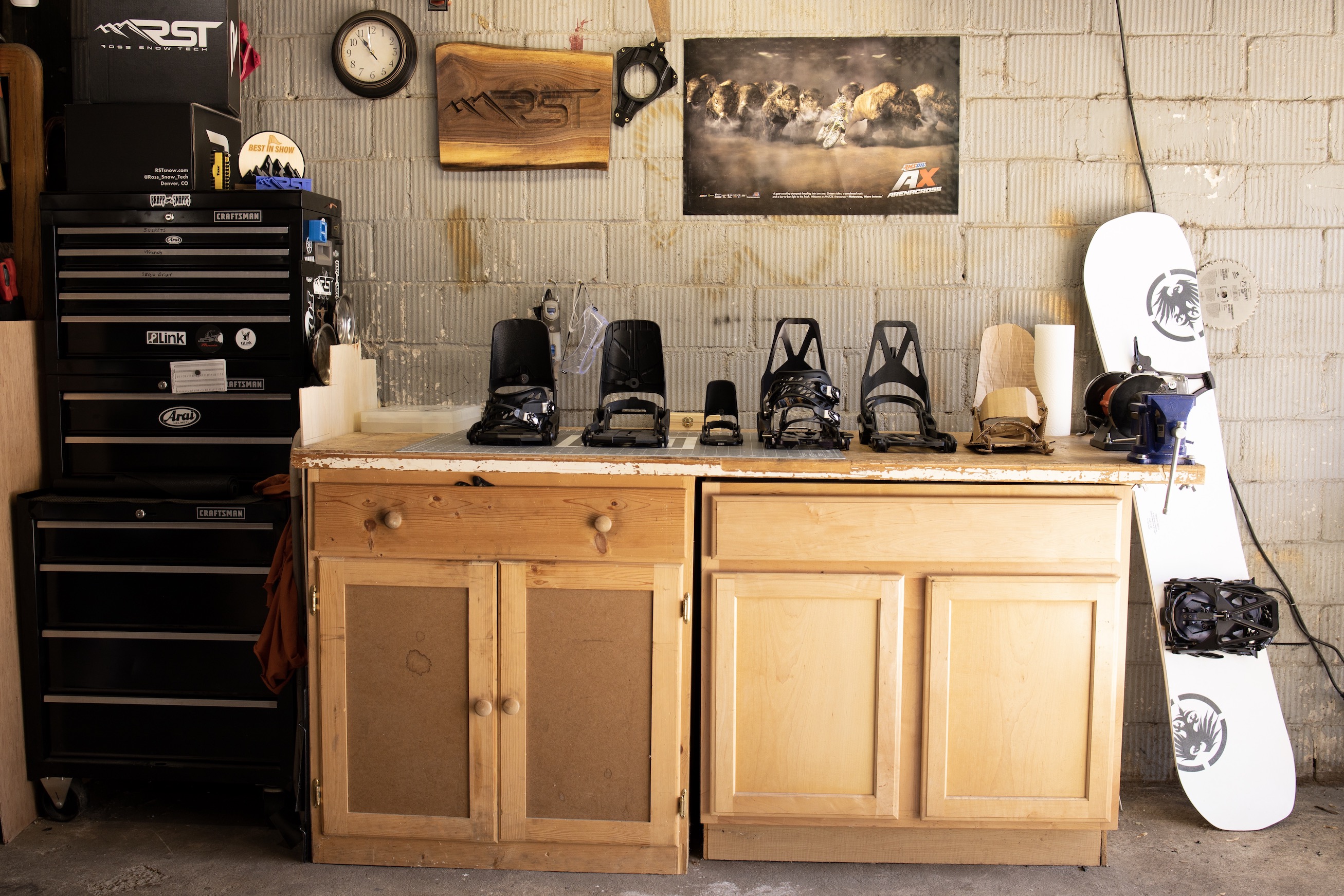 Part of the revolution of the binding is the ease and simplicity of the transition. Instead of taking boots out of the bindings to put on snowshoes, switching out your splitboard to two skis or boot-packing, the Converts allow boarders to become mobile faster. This will not only improve individual safety and safety in groups — when a snowboarder is stuck in powder or on a traverse for instance — it should also allow snowboarders to hold positions on mountain patrols and as emergency first responders. “Some resorts don’t allow boarders on their Ski Patrol,” Swaynie remarked, “so we anticipate these being huge for emergency personnel.”

The transition consists of four or five main operations in a particular order. First, the high-back folds down and locks in place. Then, sash levers located on each side unfold and release the binding from the mounting bracket. Once the binding is separated from the board, the front piece folds from beneath the foot and locks in place. And — voila — it’s a snowshoe. There’s also the option to add on crampons that require boot removal to insert, but the crampons would be for more serious terrain or hardpack, where it should be easier to take boots in and out of the bindings and board anyway.

“We want this to be for all-mountain riders. I’ve been riding it for the last few years, on resorts, on sidecountry, backcountry, wherever. And any level of snowboarder can use it, there are no limits,” Swaynie commented.

The first time Ross Snow Tech and the bindings were seen by the industry was at the Outdoor Retailer Snow Show in Denver at the beginning of 2019. “The main point was to get our name out there and use it as a marketing tool,” said Swaynie. He added, “we wanted to see if people actually liked it or if I was crazy for doing this for so long.” Of course, any person who invents something is bound by their own insecurities and self-doubt, but the response from Outdoor Retailer helped Swaynie realize his idea is worth something. Plus, Ross Snow Tech took home the Gear Junkie Best in Show award — all that, and the bindings aren’t even technically ‘on the market’ yet.

“We aren’t taking pre-orders. With so many unknowns in manufacturing, I don’t want people to get excited about a date and then be disappointed when it takes longer. The goal is to launch a Kickstarter at the end of this year,” Swaynie explained. He is more cautious now than he was at the beginning of this journey, when he thought he would release the bindings a year after hiring the product development team. “2019-2020 is our current goal. Right now, we are just trying to work out where the bindings are going to be made. When you’re doing DFM — design for manufacturing — it’s one of the hardest steps in the process.”

Luckily, Ross Snow Tech received its patent a week before the Outdoor Retailer show, so even if Swaynie and his team take longer than expected to bring the bindings to the public, his innovative idea should be protected. “There is so much positivity surrounding the idea. People have been blown away, they love it, they really love it,” commented Swaynie. “So I might believe that it really is the best innovation of the ski industry in a decade. We’ll see.”

When are they on sale? Planned release is coming Fall or Winter 2019
How many are available? Hopeful for 500 in the first year.
Where can people get them? They’ll be sold direct-to-consumer for the first few years, look on this website.
Cost? $600-650, although that is subject to change.