Red Rocks has been mixing up the acts for their summer series by throwing in comedy curveballs every chance they get. With their earlier announcement of Trevor Noah, the expectations were already high for funny people hitting the stage.

With that in mind, comedy heavy-weights Dave Chappelle and Jon Stewart will share the stage once again and they’re bringing their wit to our very own Red Rocks Amphitheatre. The duo will take on the Morrison venue on Friday, August 9. Both men have made an enormous impression on the comedy scene so their decision to collaborate will only amplify and enliven their already established reputations.

In other Red Rocks news, The Revivalists will hit the stage on Saturday, September 21. This tremendously popular rock’n’roll group has made the alternative charts their home with singles like “Wish I Knew You” and “All My Friends.”

Big Gigantic has also announced their eighth annual collaborative concert — Rowdytown VIII. Going down for two nights — September 27-28 — the mini-festival will include a lineup full of electronic heavy-hitters Two Friends, The Funk Hunters, Birocratic, Kasbo, Flamingosis, ilo ilo and Big Gigantic. The event promises an epic visual and auditory journey for everyone who attends. Tickets are already on sale here.

Dirty Heads is also joining the lineup for Red Rocks this year again, with The Interrupters, Bikini Trill and Dreamers on the ticket as well. This night of funk and reggae will go down on July 9. 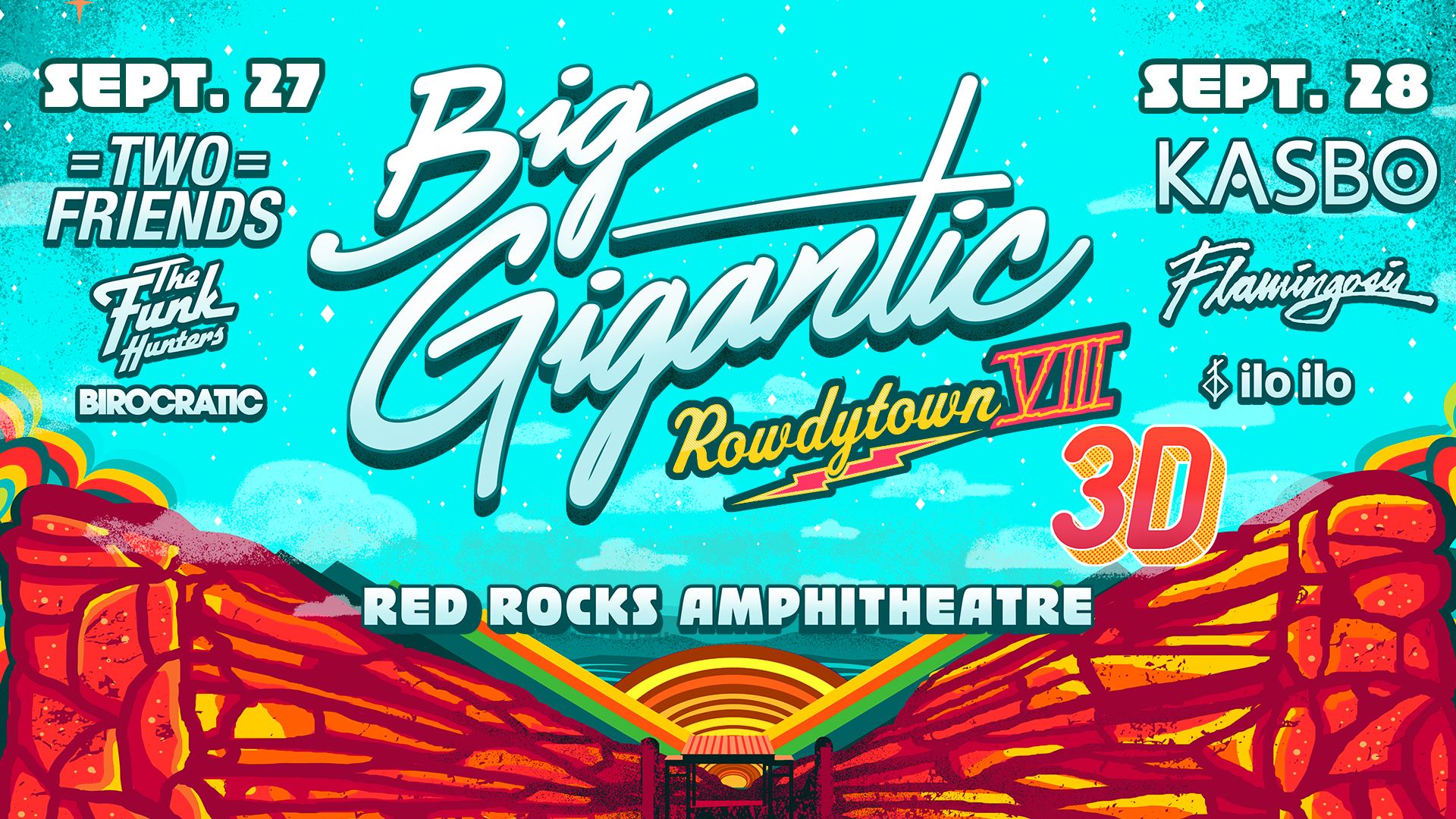 Tickets for all announced shows will be available for purchase on Friday, March 22 through AEG or Live Nation.