There’s a certain mellow energy  Kurt Vile exudes that absolutely nothing can harshen. The indie-rocker drives on cruise control whether he’s absolutely shredding or dialing it back — it feels that easy. There’s no rock star ethos, nor any ego to speak of for that matter, Vile is here for the music and for the most part leaves the music to its own devices to move around the inflicted minds of his audiences. Not in a phoned-in sense, but in a way that’s uncomplicated, theatric-less, and somehow still unconventional. It’s a trip, a bare-bones psychedelic experience letting the music consummate his connection with his audience, and in that there’s something beautiful and gratifying. 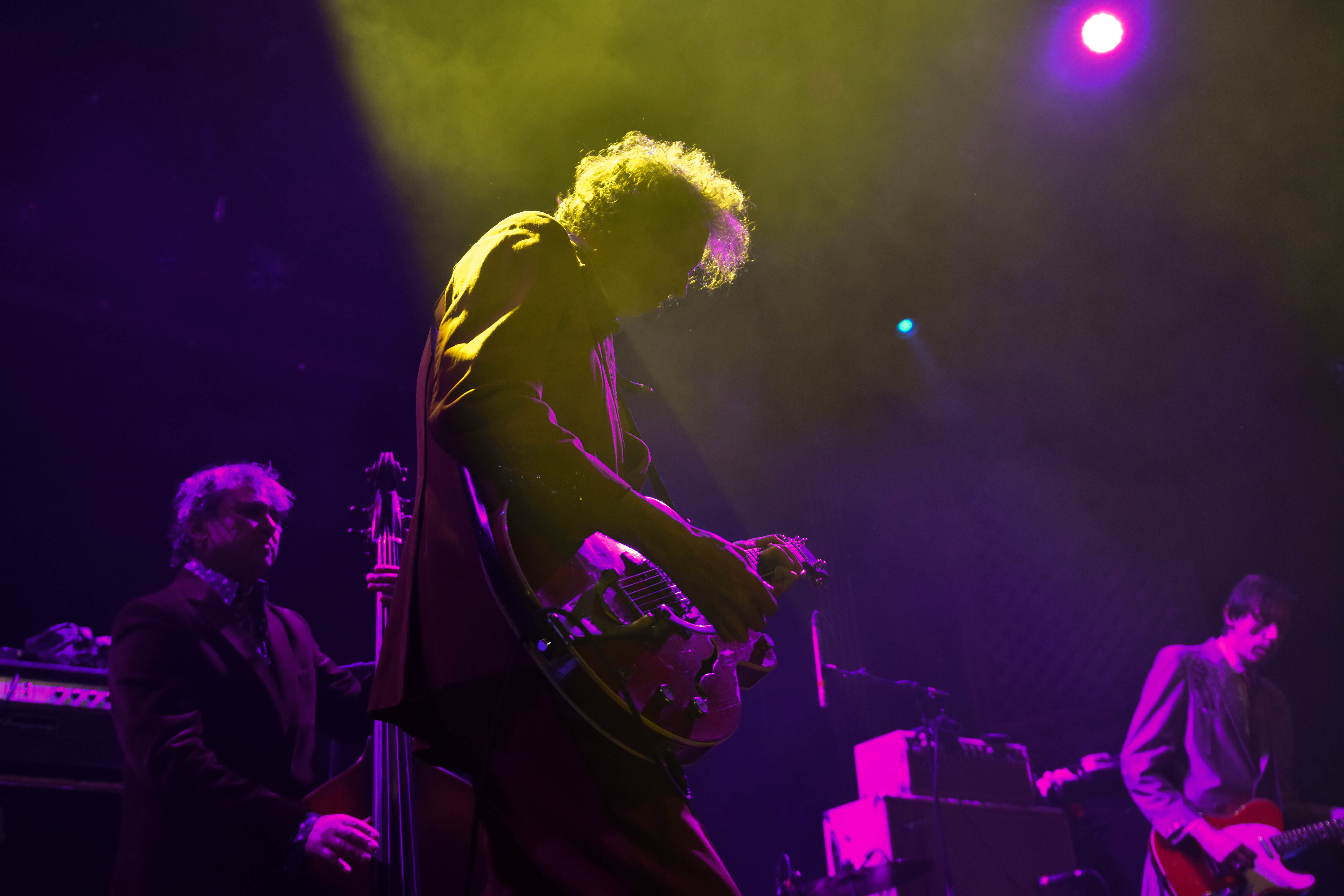 The Sadies opening for Kurt Vile at the Ogden Theatre

The sold-out Ogden Theatre welcomed Kurt Vile and the Violators with vivacious cheers as they sailed into town Thursday night. Ontario country/western rock band, The Sadies opened the show with a saloon-like swagger. Together since the ‘90s, The Sadies, complete in rhinestone speckled suits straight from the Grand Ole Opry stage, ran the gamut of rock and their country roots. Embracing their weirder edge, the slender gentlemen on stage chugged through their tunes with snarling attack and backed off to a mere nibble on their slower numbers, conjuring an offensive where there was none before. Though catching the audience a bit off guard, they managed to be invigorating through and through. At the conclusion of their set, with a rare change of pace, Kurt Vile came out and jammed with the group on their collaboration “It’s Easy (Like Walking)” before exiting, a tease, as the anticipation for his own solo set mounted.

Eventually hitting the stage rather innocuously, the band lingered on a backing track, that saw them pouring themselves into Vile’s newest single “Loading Zones.” Face buried in tangles of curly hair, Vile rose to the microphone amidst the hollering of fans clamoring to bask in the glow of the song. Unfussy, Vile sent it straight — jamming out to the tune in his signature flannel over-shirt letting his nimble hands pick apart the song, lighting up every sweet spot with a sunset timbre. Watching the man at work is almost meditative — a flood of sound toppling over the levy of the stage. One can almost imagine lighting a doobie, and slow rolling to the future with the wordy observations of Vile’s music like a stream of conscious that’ll never run dry, or something to that effect. 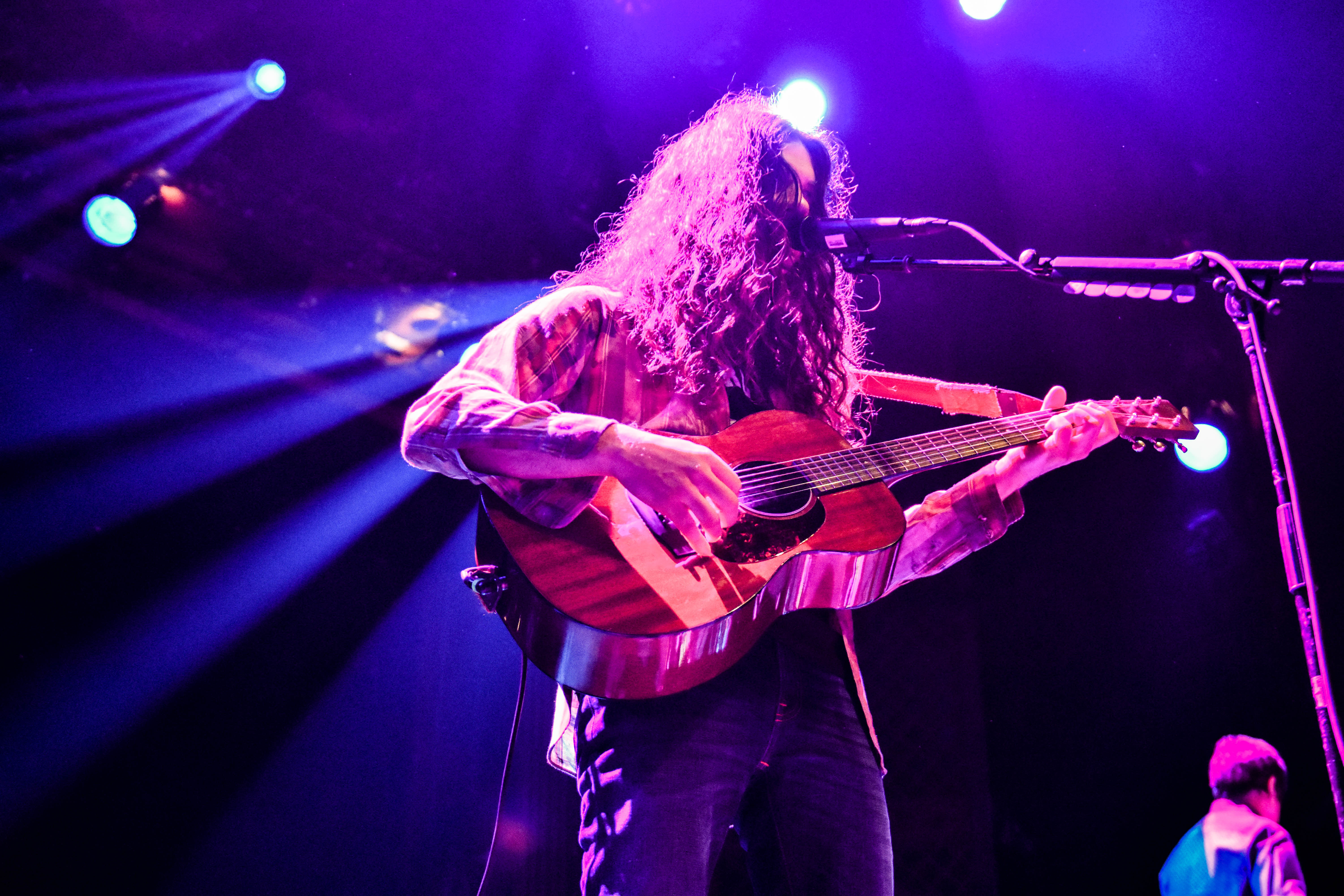 Alongside the Violators, Kurt Vile comprises a succinct unit, a slow boil of music output that builds and froths over, again and again. With an enviable tightness, the band careened through their tunes in smooth progressions. “Bassackwards” felt as disorienting as its name would suggest, “Puppet to the Man” was arresting in its riff-heavy visage, and “Peeping Tomboy” was a raw solo plight for Vile that provided an unwarranted relaxation and intrigue as he flexed the difficult key change. Though he’s known to have long songs, at no point did any of the performance feel taxing, in fact, Kurt Vile and the Violators managed to feel brief in some respects. Where the high coasts and the comedown lingers, Kurt Vile knows how sweet it is to soar.