Fiddler’s Green just announced a massive concert for Denver’s folk fans. Two of Denver’s out-of-town favorites, Mumford & Sons and Lord Huron will join forces and hit Fiddler’s Green Amphitheatre on August 15 as a continuation of the band’s Delta Tour. Mumford & Sons, who are midway through the first half of the tour, has played arenas on their largest and most ambitious tour to date. Coming off the heels of the Billboard number one album of the same name, it was a matter of time before Mumford & Sons returned to Denver following their performance at the venue in 2016. Lord Huron, who will headline Red Rocks in May of this year after a string of sold-out Ogden Theatre performances last year, will be a more than welcome addition to the night’s bill. The upcoming Fiddler’s Green performance will also be special, as it is the band’s only date featuring Lord Huron and will conclude the lengthy tour. 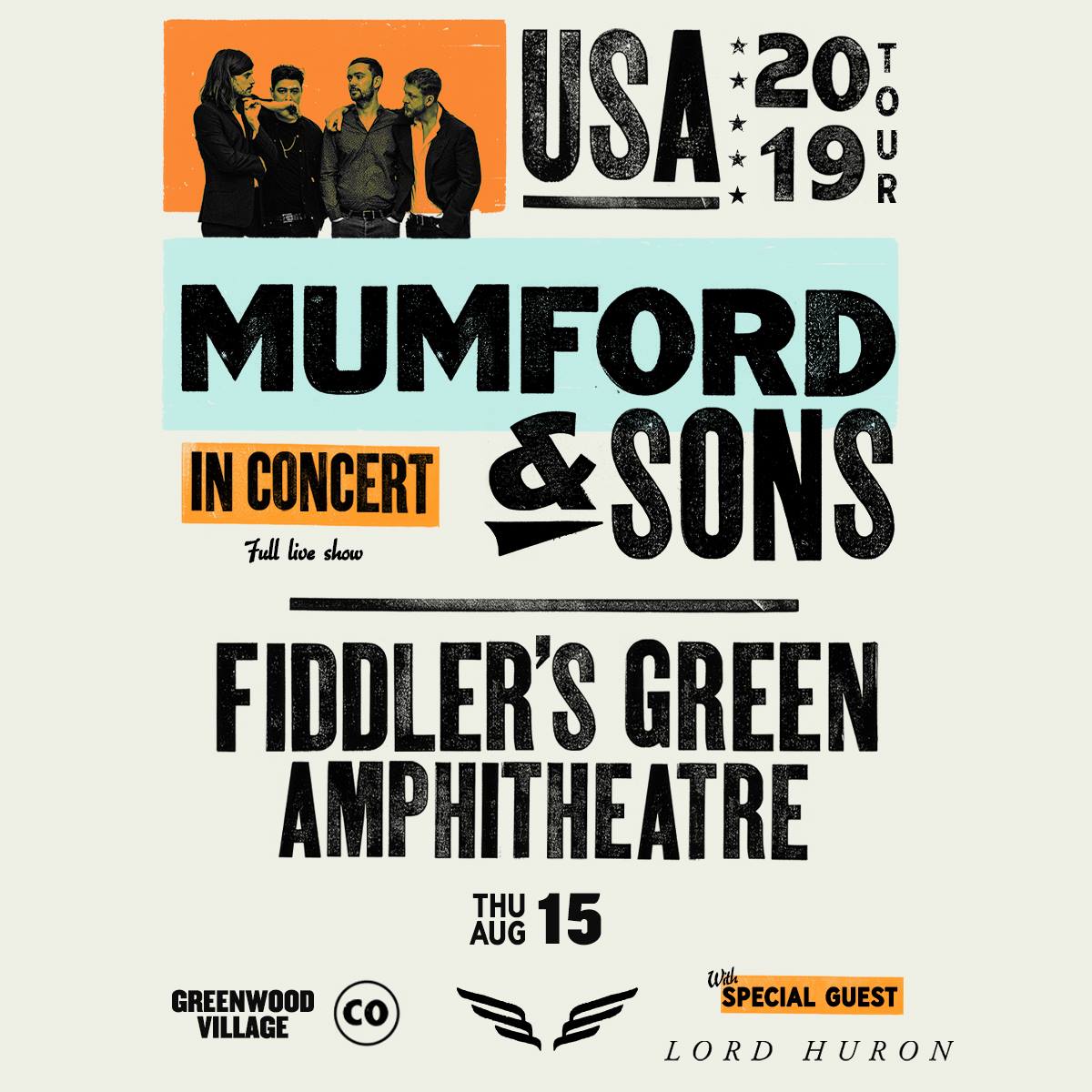 Tickets for a bill like this will go incredibly fast, but fans can sign up for pre-sale tickets now, or wait for the general sale this Friday at 10 a.m. via AXS.