Hickenlooper Kicks Off Campaign Tour With a Local Lineup

The intrinsic relationship between music and political action flourishes on the fringe. From protest punk to unifying folk, music has historically served as a vehicle to channel personal emotions — and to quote the philosopher Simone De Beauvoir, “The personal is political.”

Nathaniel Rateliff & The Night Sweats shared the stage with John Hickenlooper on March 7 to kick off the former Colorado governor’s bid for the presidency. Though Hickenlooper’s speech ran a little long, cutting into the band’s time as he raised his voice slightly over the Capitol’s seven chimes, Nathaniel Rateliff & the Night Sweats delivered a rollicking high-energy set.

“I came here for [the band], but that speech was good,” clapped one attendant to her husband as the band set up. Hickenlooper accompanied the band briefly on stage as they took over the park’s domed atrium. The keyboardist danced across the stage, past a trio of brass instrumentalists, with a tambourine as Rateliffe howled into a harmonica. Though the set felt short, the musicians all played in disciplined synchronicity. 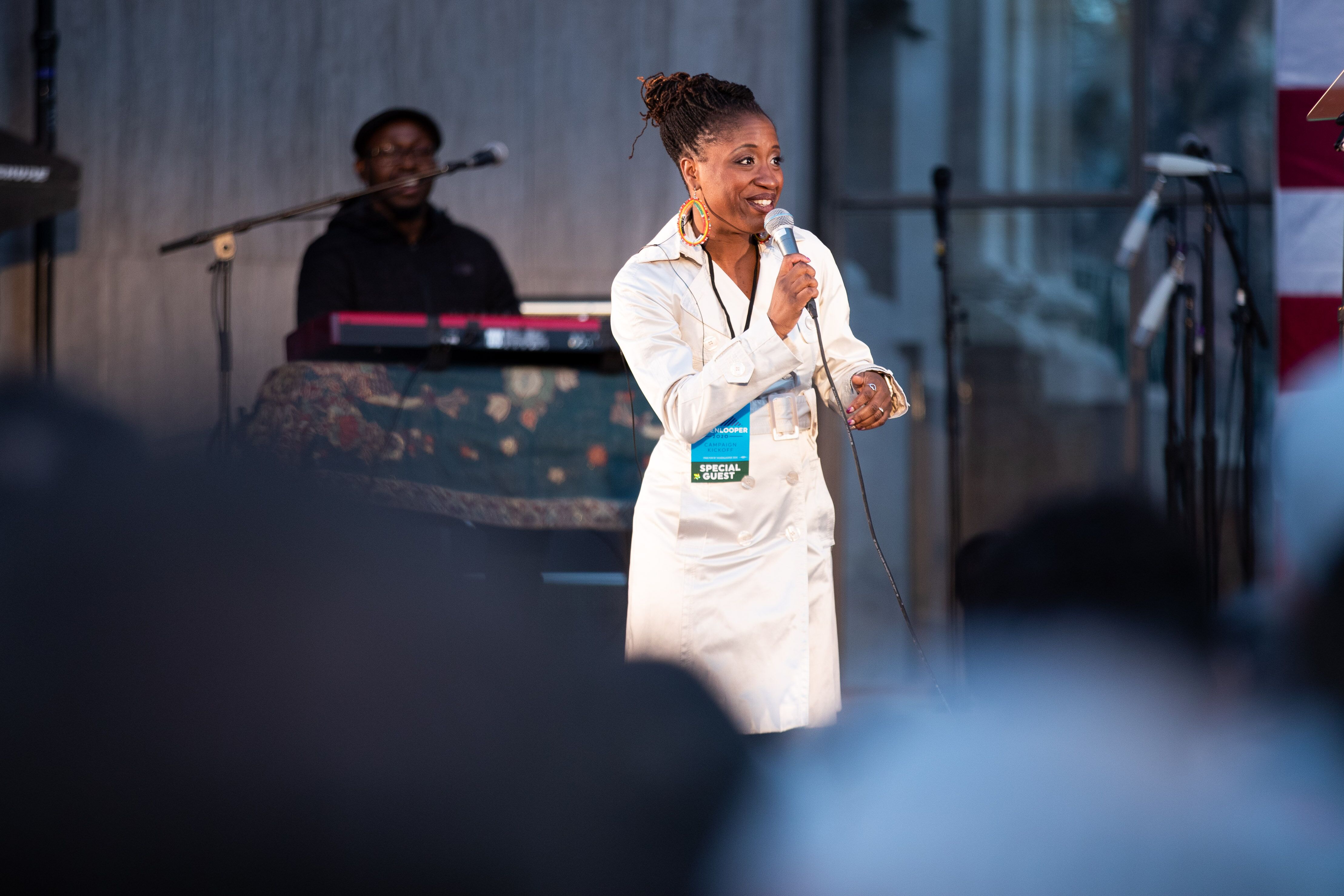 Music punctuated the night of celebrating Colorado’s twist on presidential bids. The First Lady of Denver, Mary Louise Lee, kicked off the procession of speeches from local politicians, both current and former, with a passionate, fiery rendition of, “America the Beautiful,” a song penned by Katharine Lee Bates in 1893 as she climbed Pike’s Peak. Bluesy twangs and soulful belting shared the spotlight with high-vaulted political abstraction, and Mayor Hancock took to the stage to deliver a testimonial on Hickenlooper’s reliability.

Hickenlooper entered the race to solve a “crisis of division,” that currently plagues America’s political climate. While his speech referred to legislative commitments such as affordable healthcare — and, perhaps most surprisingly, a plan for federally subsidized broadband — many elements rang hollow. His vague rallying cry around the notion of “hope,” a motif Hickenlooper returned to throughout his speech, seemed reminiscent of the Obama era. At times it seemed that Hickenlooper aimed to channel some of the fervor of 2008 and 2012, even raising his voice over the din of protestors off in the distance.

Yet his speech circled back to campaign points covered in the opening speeches by the various local current and former politicians. Almost all who spoke, including Hickenlooper himself, made reference of his craft brewery as a reference to his business savvy. 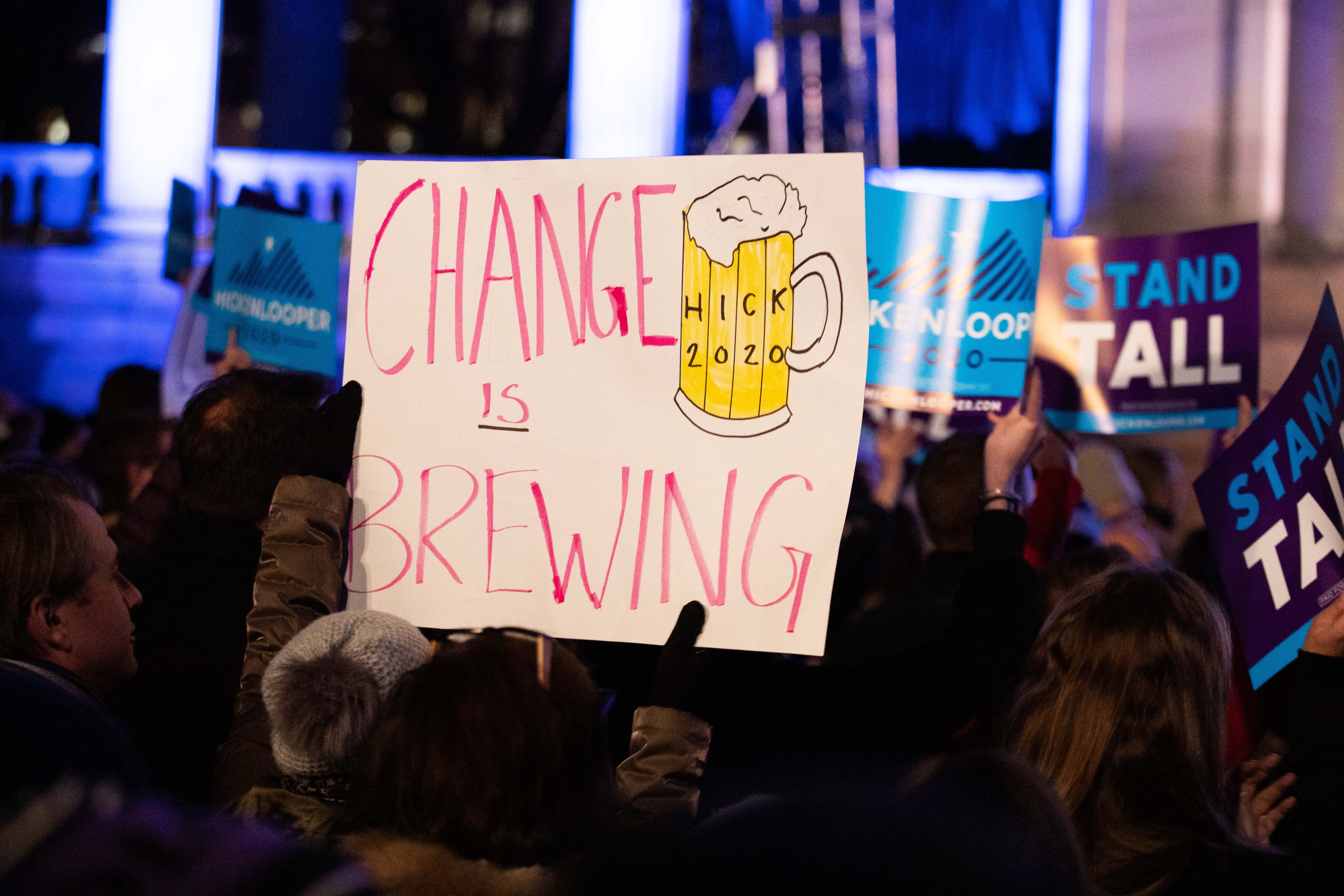 Hickenlooper mentioned “taking on the NRA for common-sense gun laws,” through legislation passed under his governance and repeated calls to, “finding common ground,” with the other side. Hickenlooper likened both sides coming together to, “When you put music into politics,” as he trotted on through essentially the same speech delivered on Good Morning America several days prior. He spent a great deal talking about the divisiveness of Trump, yet made no reference to any other great divide in today’s political landscape — making his call for both sides to set aside differences feel even more lopsided.

Towards the end of the speech, he briefly mentioned Colorado’s robust economy, again before pivoting back to platitudes of “bold ideas.” “Being a pragmatist doesn’t mean saying ‘no’ to bold ideas—it means knowing how to make them happen,” Hickenlooper proclaimed. To describe Hickenlooper as a radical politician would be incorrect. Hickenlooper is as purple as the Rockies. “Hickenlooper’s relationship to the music industry is as purple as his platform,” wrote Westword culture editor Kyle Harris. His relationship to placating both sides, his commitment to niceties and vague pledges, remain lukewarm. His inability to assert any direct plan of action may have worked with the crowd at Civic Center Park, but it may be harder to pull off on the rest of the nation as Hickenlooper embarks on a campaign tour.

To ignore personal convictions in the realm of politics is short-sighted. Emotion isn’t dangerous — it demonstrates passion. Music would be boring and flavorless if not fueled by passion. Politics would be useless without personal conviction. The night accentuated the importance of both facets in our lives and showed that harmony only comes from accepting the parallels between the two.