The subjects of Lyle Owerko’s photographs have an incredibly diverse range — from isolated tribes in Kenya to Mongolian eagle hunters to pieces of urban culture. Throughout his repertoire, Owerko marries the art of photography with social activism and by doing so, brings attention to places, people and ideas that deserve attention. His photos are beautiful, captivating and strengthened by his own understanding of his subjects.

Based in New York City, Owerko captured the iconic photograph called “The Second Plane” which depicted Flight 175 crashing into the second tower of the World Trade Center in 2001 — a photo that appeared on the cover of Time magazine and has been seared into our collective memories since. He won the Hasselblad Masters Award, he has images that are part of the permanent collection of the Library of Congress, his work is regularly displayed at galleries and museums and he even works as a filmmaker.

In 2005, Owerko began a series called The Boombox Project which culminated in a book published by Abrams Images in 2010 with a foreword written by Spike Lee. Like the title suggests, this series documents many variations of a boombox. Each photograph features one stereo on its own, in painstaking high-definition, surrounded by a white background. Some of these boombox photographs will be on view at Station 16 Gallery starting March 8, as part of the biennial Month of Photography in Denver. Owerko will be in person during the opening reception for a Q&A session. 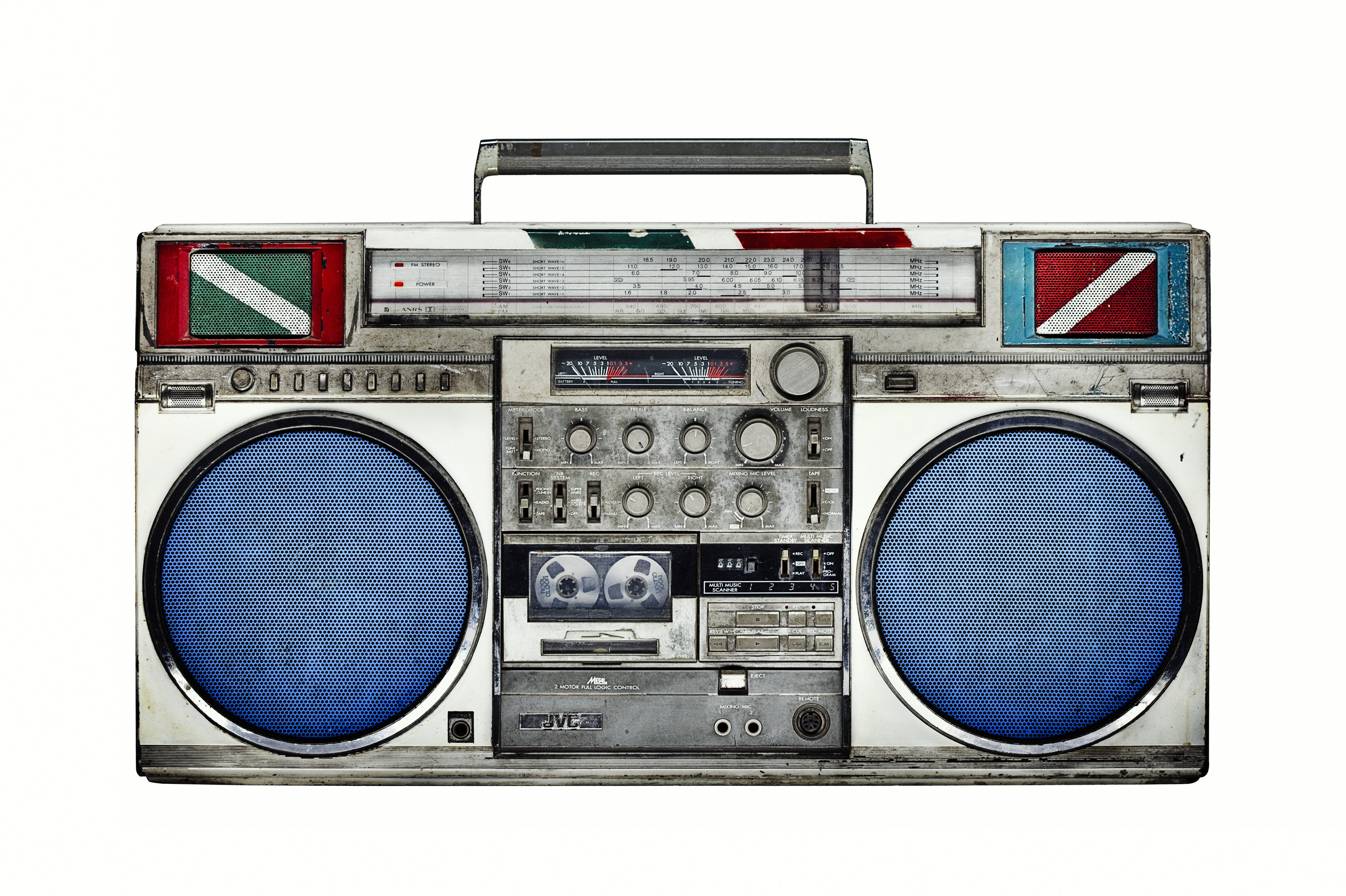 This study of boomboxes is also a study of ’80s culture, resistance, individuality and life on the streets. By documenting these vintage portable stereos, Owerko is archiving the personal histories of the people who owned them or enjoyed music from them. Standing before one of the photographs is like tuning a knob to a different radio station — there is some initial anticipation as you settle in, adjusting to the story being told or song being sung. They are built differently, with a variety of buttons, dials and speaker covers. Some have colors, others are simply black or chrome. They come in a range of sizes and complexity. But no matter how they are distinguished from one another, there is a sense that all of them represent one ideal — the freedom of expression.

According to Owerko’s website, it is not clear exactly when the term “boombox” came into the popular vernacular. Although the first one was built in 1966, the mainstream use of the devices in America did not peak until the 1980s. It was particularly embraced by those who wanted a vehicle to be entertained, informed and heard — and who didn’t have one before that. People could share music publicly with cassette tapes they or their peers created and avoid the elitism of the radio and record labels. This is why the boombox became so prominent in subculture groups like hip-hop artists, punk rock bands, skaters and graffiti writers.

“It is a symbol of rebellion and a way to shout your message at the system,” it reads on Owerko’s website. “Turn up the volume on your boombox, whatever the size, and let the capstan wheels of the tape deck drive a favorite mix-tape to life… As the defiant voice of punk rock legend, Joe Strummer sang, ‘This is radio clash using audio ammunition…'”

Even though, at face value, The Boombox Project feels like a nostalgic homage, especially if the audience did not grow up with boomboxes, it is a deep and thoughtful retrospective. It connects an iconic machine of a generation to their struggles and their triumphs. And it reminds us that our choice of technology can sometimes help define us.

All photography by Lyle Owerko, courtesy of Station 16 Gallery.