After more than 10 years of making music, Pennsylvania based band Balance and Composure took the stage Thursday night at the Summit for the last time. More than a year ago, the band hinted to fans that the end was near — and earlier this year they confirmed nearly a years worth of those suspicions. In mid-January, the band announced via their social media that they would be playing “six shows this Spring to say goodbye.” They kicked off their brief farewell tour with a sold-out show in Denver last night — and the fans in the Mile High City gave them a proper send-off. 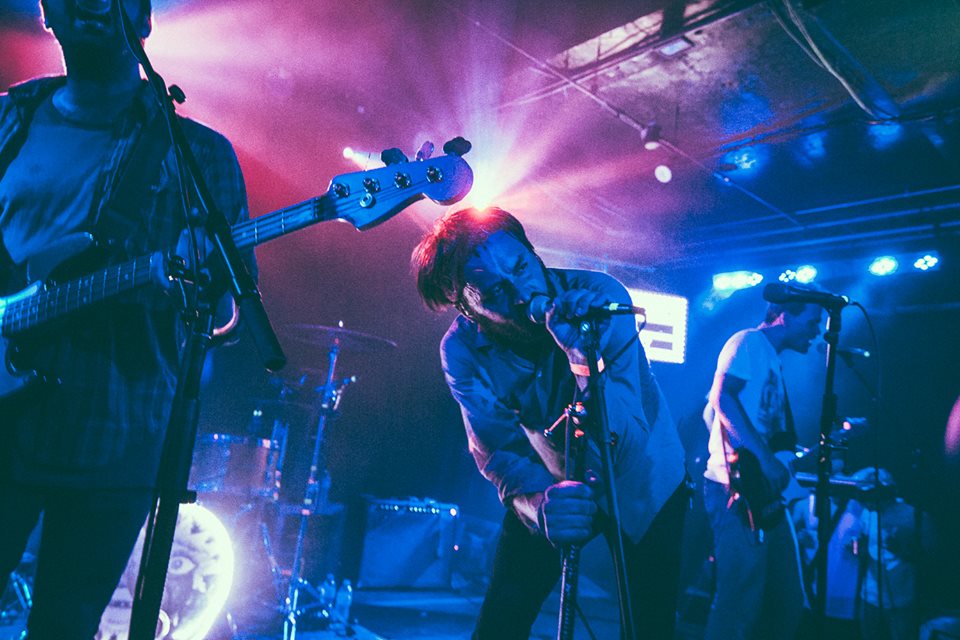 Many fans feel a strong connection to Balance and Composure as a band they have grown up with — the members were all in their late teens or early twenties when the group formed. A prominent figure in the emo and post-hardcore scene, Balance and Composure made arrangements for a variety of friends from their home state of Pennsylvania to join them for their farewell tour. mewithoutYou and Tigers Jaw joined Balance and Composure for the final Denver show as well as a handful of their upcoming farewell shows.

When mewithoutYou took the stage promptly at 8 p.m., audience members were still waiting in a line that wrapped around the block to get in. With an impressive music repertoire spanning nearly 20 years, the post-hardcore group played a surprisingly short set — but that’s not to say they didn’t put on a good show. It seemed that the majority of the audience knew nearly all of the words to every song — and were excited for the stacked line-up that Balance and Composure organized for their final shows. By the time mewithoutYou’s set ended, everyone with a ticket was in the building, PBR in hand.

When Tigers Jaw took the stage shortly after 9 p.m., Summit Music Hall was filled to capacity. The crowd was excited, and it was clear the band was as well. Vocalist Adam McIlwee even took time to note how honored the band was to join one of their favorite bands and close friends on some of their final tour dates. While it’s always sad to see a good thing come to an end, it was clear that this farewell show would not be a time for tears — but rather an opportunity to celebrate the good times.

Tigers Jaw finished the job of warming up the audience, which mewithoutYou started an hour earlier. They played a longer set than their predecessor, ensuring fans had an opportunity to hear songs from some of their earliest albums. When their energetic set came to a close just after 10 p.m., the crowd was ready to party with Balance and Composure one last time.

While the openers put on a crowd-pleasing show, the real highlight of the evening for fans in the audience came when Balance and Composure took the stage. They found their places on stage to the sound of thunderous applause and immediately gave fans the music they wanted to hear. The band was obviously excited to be sharing one last night with their fans in Denver. “Denver!” Vocalist Jon Simmons called excitedly to the crowd, “Thank you so much for being here —this is the biggest show we’ve ever played headlining.”

While seeing a band you love decide to end things, it was clear that this ending would be especially bittersweet. After a handful of songs, Simmons took time to let the crowd know that even though their time as a band had come to a close, the appreciation they have for their fans would live on. “This is really, really cool,” Simmons announced to the crowd. “Thanks for coming to our last show in Denver. Even though it’s really cool I’m sad about it.” 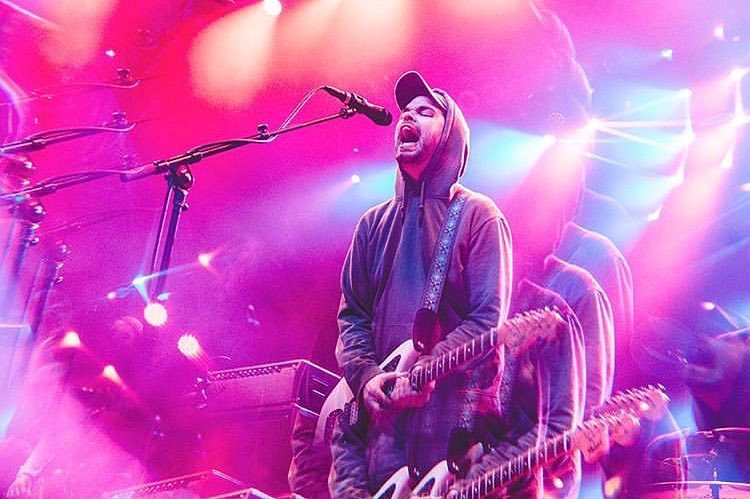 The band was sure to give the crowd what they wanted — they played all of the fan favorites. By the time we had made it halfway through the set, it was hard to look up without seeing a crowd surfer somewhere in the audience. As fast as security helped one down, another was back up, surfing their way to the front.

It was apparent that the crowd was there for a good time — and so was the band. After 11 years of making music together, the band was determined to end their career on a high note. For them, that meant sharing the tour with fans and friends alike. Simmons made sure to praise the bands on tour with them, going so far as to state that collectively as a band mewithoutYou has always been a favorite — as well as a source of inspiration.

Balance and Composure closed out their set with “I Tore You Apart In My Head” — an iconic song from the band’s first full-length album. Then they bid Denver goodnight and left the stage. But the fans still wanted more.

The band returned to the stage for the final time to play one brief, single-song encore. While fans were still hoping for a second round, the band was ready for this farewell show to come to an end. “It’s been a great 11 years,” said an emotional Simmons before closing out with the last song of the evening. “We’re Balance and Composure — we love you.”